This Sunday at WWE Bragging Rights, the 13 year history of these two men comes to a head. Since his debut in 1997, Kane and his brother, the Undertaker, have feuded more times than I can remember. Add to this, Paul Bearer and you have a train wreck waiting to happen.

Four months ago, Undertaker was said to have been found in a "vegetative" state by his brother. "The Big Red Monster" vowed to find out who had put his brother, The Undertaker, out of action. Kane won the World Heavyweight Championship, his first, at Money in the Bank, defeating Rey Mysterio.

Undertaker returned at SummerSlam to confront Kane and Mysterio and he was welcomed by a tombstone piledriver from his brother, thus confirming that Kane had in fact put his own brother on the shelf.

Since then, the two men have been at each other's throats. They have faced off at Night of Champions and Hell in a Cell and Kane has been victorious both times. Undertaker even brought back his old manager, Paul Bearer, but he turned on him and helped Kane retain the title at Hell in a Cell.

The third, and presumably final, installment of this feud will be a Buried Alive match. The winner will take the World Heavyweight Championship and the loser will be buried six feet under.

Here, I take a look at 10 things that point to why an Undertaker victory is more likely this Sunday.

1. The Deadman Will Be Eager to Get Revenge on Paul Bearer 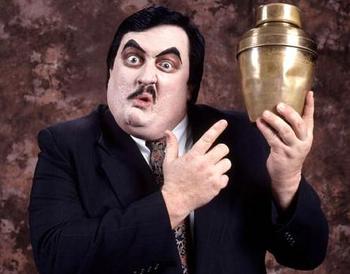 Paul Bearer returned to be by The Undertaker’s side for his match against his brother Kane at Hell in a Cell. “The Father of Destruction” turned heel during the match, though, and helped Kane retain the World Heavyweight Championship.

Undertaker will be looking to get revenge on Bearer, a man he brought back, and Kane after their antics at Hell in a Cell screwed him out of the World Title. 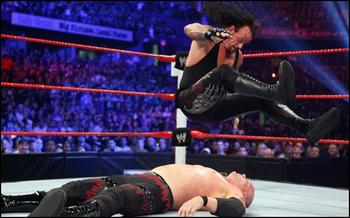 Since his return at SummerSlam, Undertaker has looked very weak. Week by week, his strength has increased; recovering from the “vegetative” state his brother Kane left him in.

On the latest episode of SmackDown, Undertaker attacked his brother and showed that he is almost, if not fully, back to his best. Surely he will take this momentum and turn it into a victory at Bragging Rights. 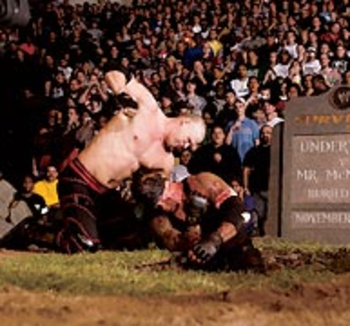 In a match that seems perfect for “The Deadman,” Undertaker has had some trouble gaining success.  In singles Buried Alive matches, ‘Taker is 1-2, his only win coming against Mankind. Even after that match, he ended up being the one that was buried. This will most likely be the last Buried Alive match he’ll be involved in, so surely he’ll make a name for himself.

4. Will Undertaker Really Lose at 3 PPVs in a Row? 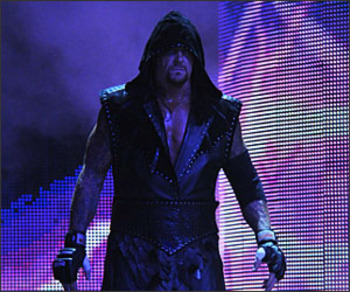 Undertaker has been a main event superstar in the WWE for the past 10 years and rarely does he lose at PPVs. Just look at his Wrestlemania record; he isn’t 18-0 for nothing.

‘Taker is used to doing the business on the biggest stage and it doesn’t get much bigger than a Buried Alive match.

5. Undertaker Needs to Settle the Score 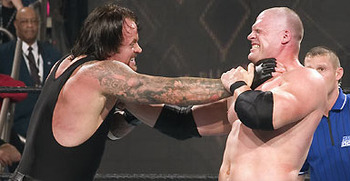 Kane is 2-0 in the most recent of the brothers’ feuds. Not many people expected Kane to win a World Title so late in his career, but the WWE finally recognized that he deserved a run.

He knew his brother, The Undertaker, would be coming after “The Holy Grail” as he calls it, so he got in first and put him out of action. Undertaker is now back and adding in the fact that Kane had beat him twice, “The Deadman” needs to prove to himself that is the superior brother once again

6. This Is Probably the Last of the Brother's Matches 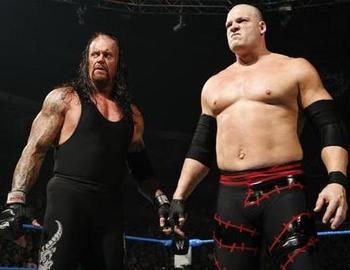 With Undertaker looking set to retire after Wrestlemania XXVII, and with Kane also coming to the end of the road, this will most likely be the last match between the pair.

Since Kane’s debut in 1997, the brothers have gone from feuding to teaming up and back to feuding. The two, with the help of Paul Bearer, have put on some magnificent matches and some heated story lines and a Buried Alive match is the perfect end for their last match.

7. Undertaker Deserves Another Title Run Before He Retires 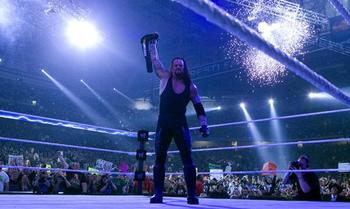 Undertaker has been in the WWE for 20 years now and has only seven World Title reigns under his belt. It does seem a somewhat small amount for a man who has been a main attraction for such a long time.

I doubt many fans would begrudge “The Deadman” one last title run. It would give him good build up to his last Wrestlemania and allow him to go out on a high, something he deserves.

8. Kane Has Had Quite a Lengthy Title Reign 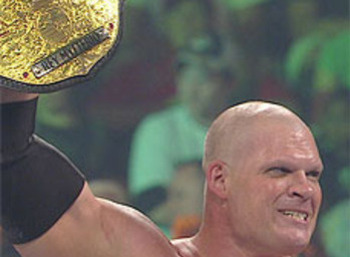 Since Wrestlemania 23, only two men have had a longer World Title reigns than Kane’s current run. “The Big Red Monster” would have had his reign ended at 99 days if Undertaker was to beat him at Bragging Rights.

Granted, that probably testifies more to how much the belt has been thrown around, but with Kane coming to the end of his career, it might be time for a change.

9. Undertaker Has Just Come Back from a Break 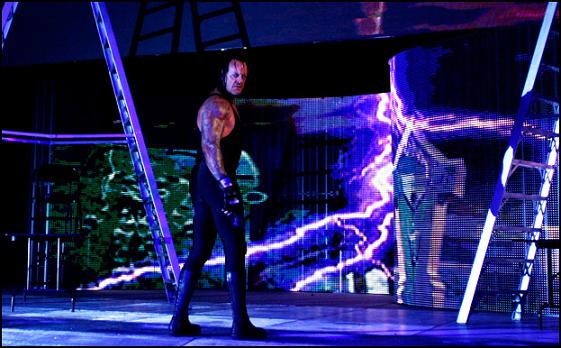 In the past few years, ‘Taker had a much lighter schedule than he did earlier on in his career. It’s understandable considering his age and condition.

However, “The Phenom” has only been back for two months, is it really likely that he’ll be sent packing again so soon?

10. The Deadman Cannot Be Killed 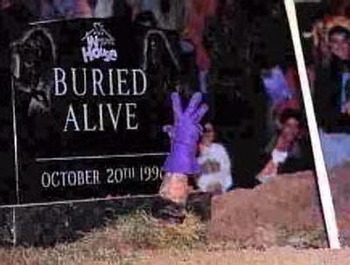 They’ve done the whole “Undertaker gets buried, we see the hand coming out of the dirt, he’ll be back” routine before. Will they really do it again?

Whatever happens this Sunday at Bragging Rights, Undertaker will be seen on WWE programming again. They don’t call him “The Deadman” for nothing...