Cincinnati Reds: Besides Joey Votto, Who Do These Guys Think They Are? 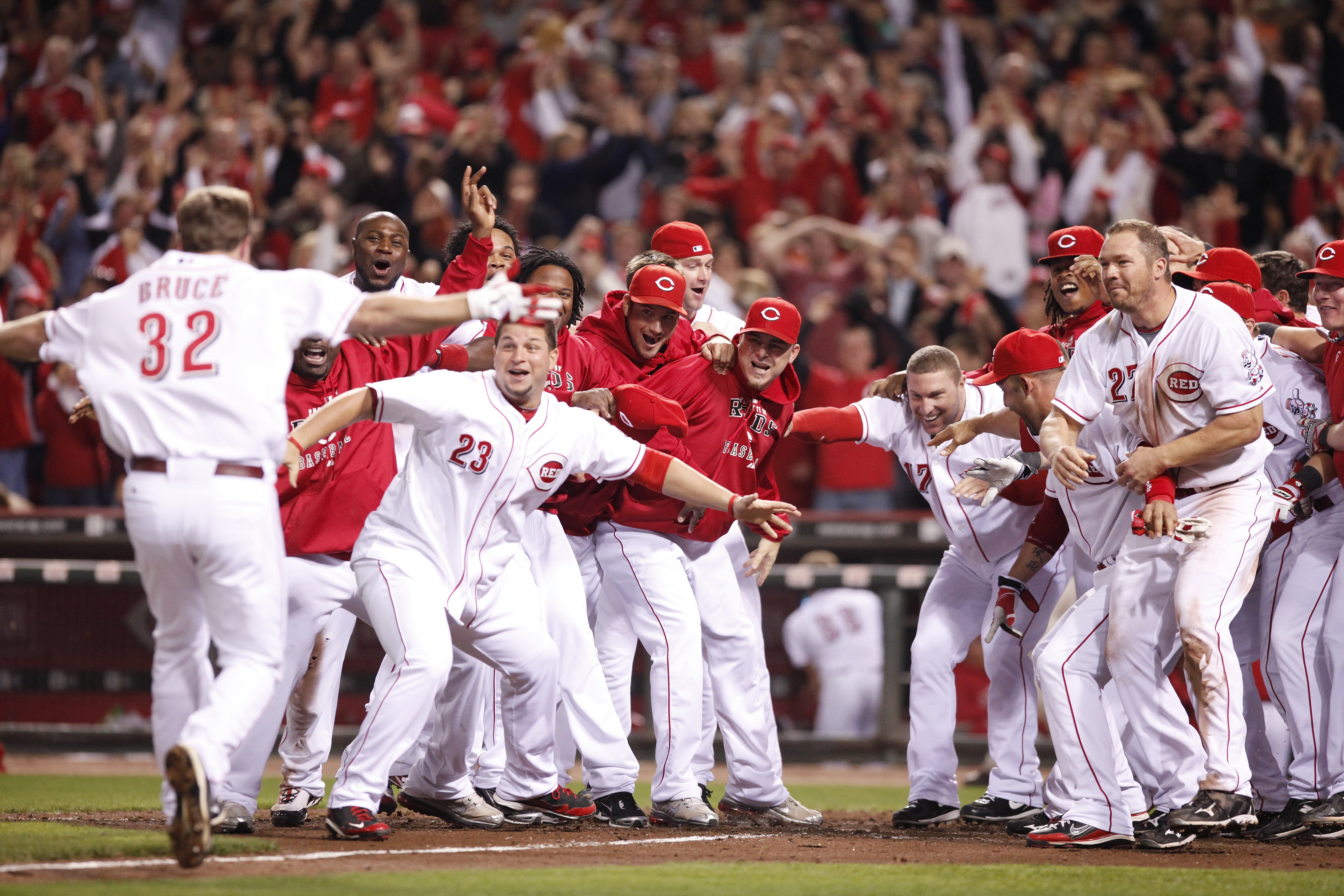 Unless you've forgotten to pay the electric bill, by now you have seen the Jay Bruce monster shot that gave the Cincinnati Reds their first division title in 15 years.

But just who are these guys that some team's fans will watch for at least three games?

I am an expert when it comes to this team.

This season, I have lived vicariously through all of them, I've tried to call them, I send them gifts, I've stalked, and currently I wear an ankle bracelet.

So if you're interested in reading the greatest scouting report ever, follow your old buddy Illya on over to the next slide and let's take a look-see at the lineup the Reds will use in their first playoff game.

Bronson Arroyo will get the nod in Game 1 no matter who the opponent.  That also means that his private catcher, Ryan Hanigan, will start as well...on to him in just a second.

Arroyo is by no means the ace you would like to have starting an opener, but he's one of the best slop-ballers in the league. On any given night, Arroyo can make the opposition look like a small college.

It's all about location and changing speeds with Arroyo. If your team is playing like a bundle of nerves in Game 1 and Arroyo is hitting his spots, it will be the fastest playoff game of 2010. 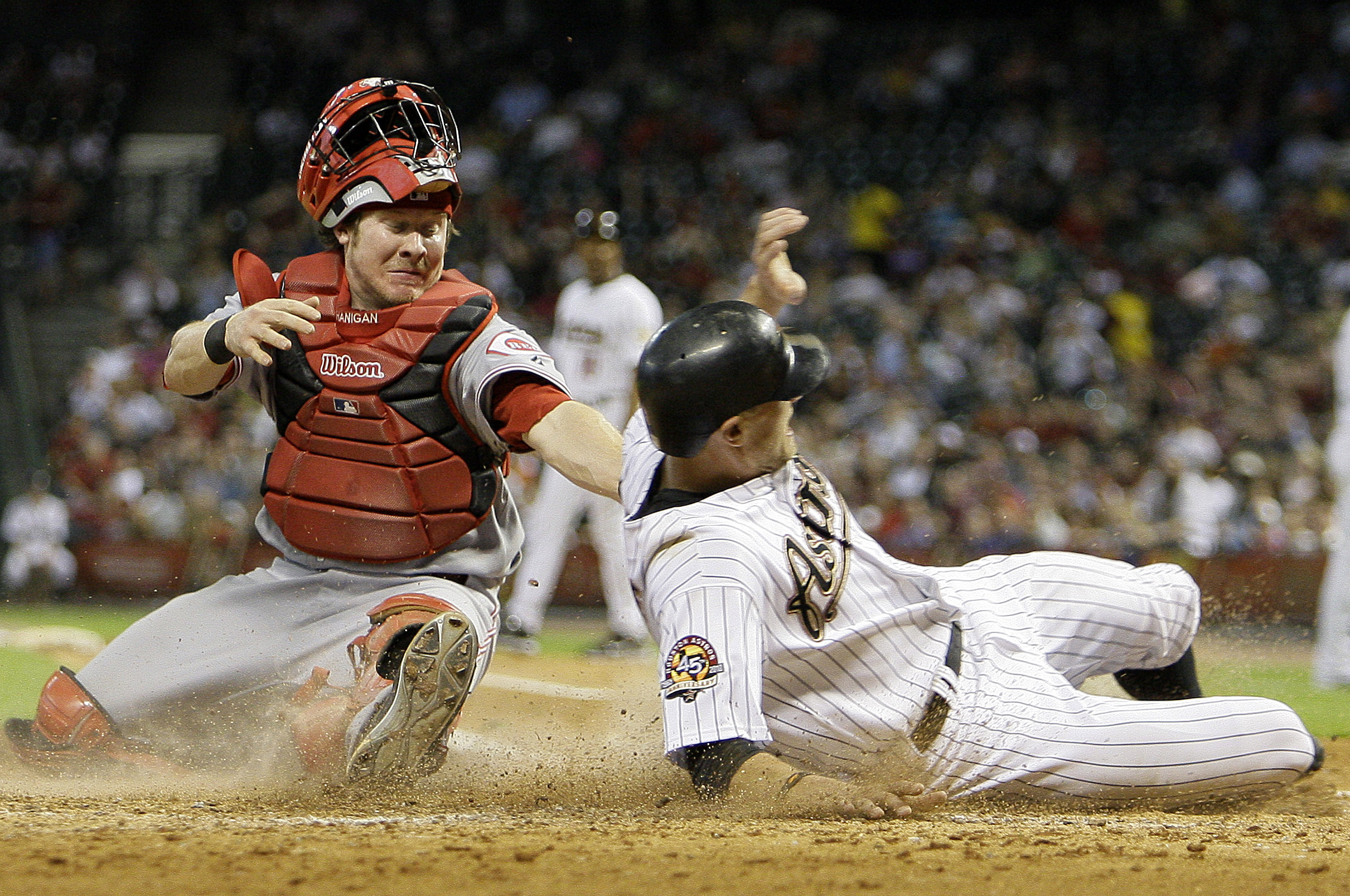 With Ramon Hernandez, this year's Reds used the Hernadigan tandem behind the plate.

Hanigan will start Game 1 because he is Arroyo's personal catcher. He calls a great game and over the last two years has limited potential base stealers to a respectable 57 percent success rate.

His success at the plate is all about patience and waiting for the right pitch.  Hanigan will not swing at stuff out of the zone. In fact, he is the only member of the Reds with more walks than strikeouts. 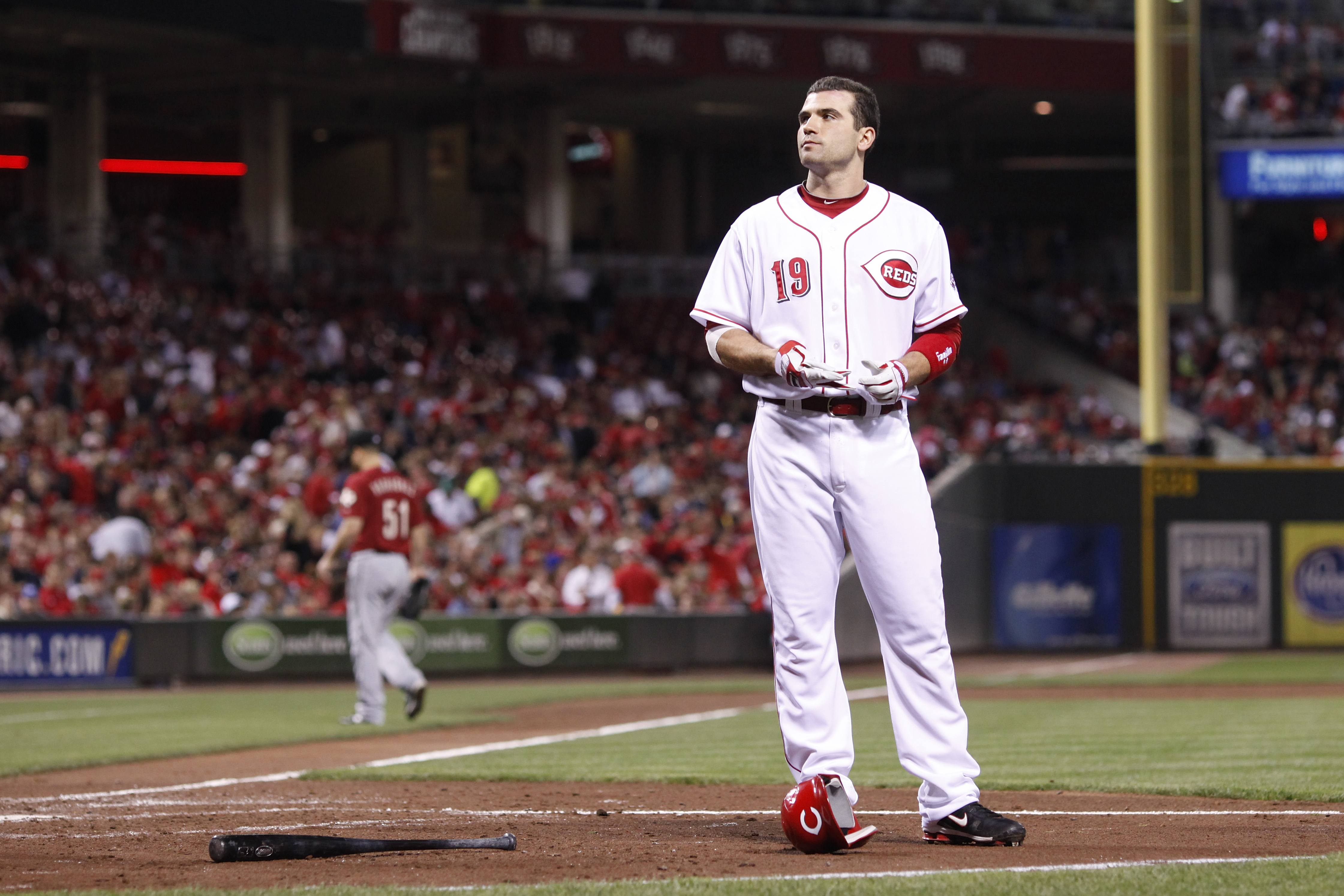 Men want to be him. 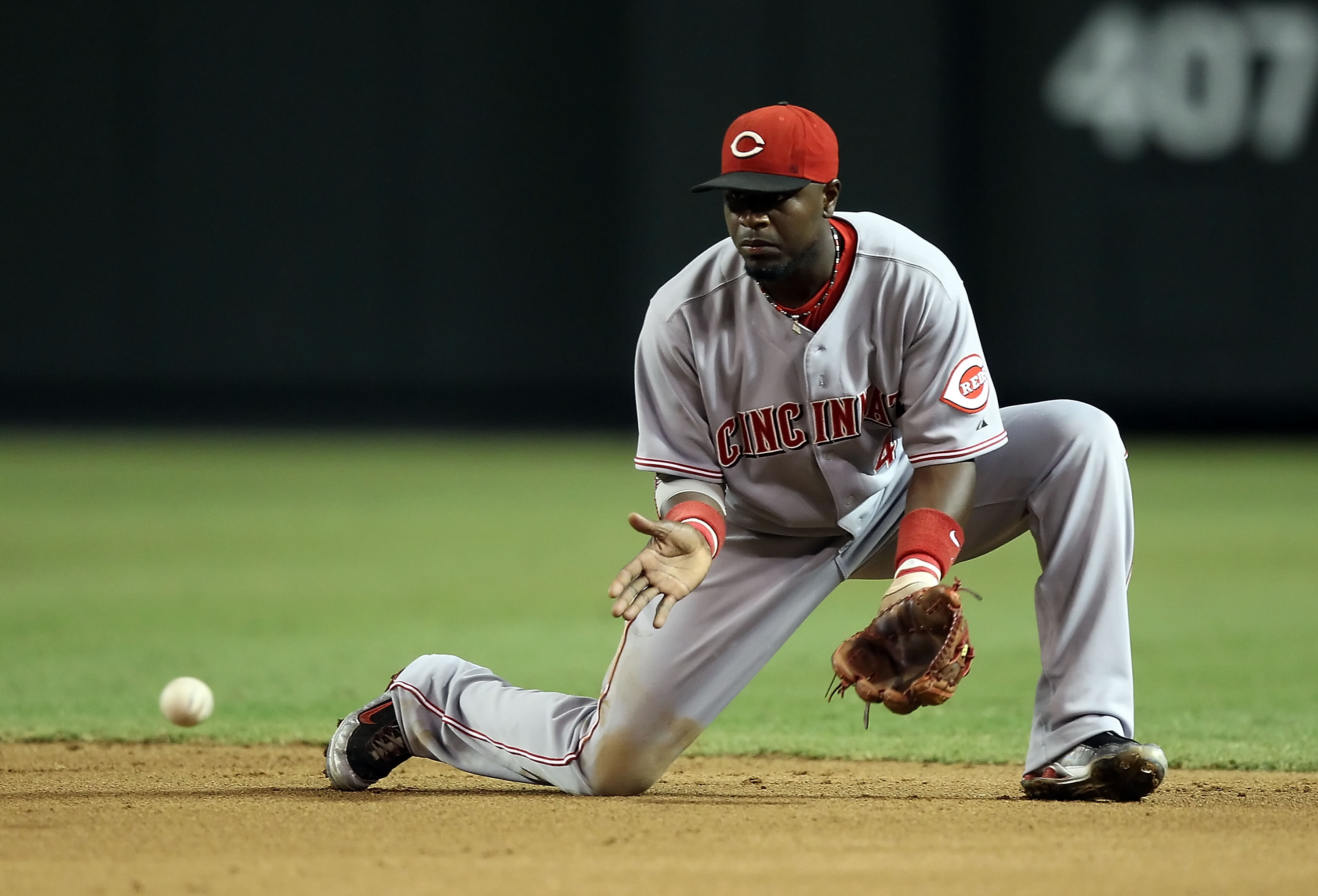 Phillips was scratched off a few Christmas Card lists with his profanity-ridden rant concerning his hatred of the St. Louis Cardinals baseball franchise.

Does this stop Reds' fans from loving him to pieces? Nope.

But one thing that does irk fans is Phillips' reputation for lollygagging and not always busting hump down the line. It's doubtful that will be a factor is the playoffs.

When he is not going right, he is an easy three-pitch strikeout.

When he is going right, he'll be shooting the ball the opposite way. 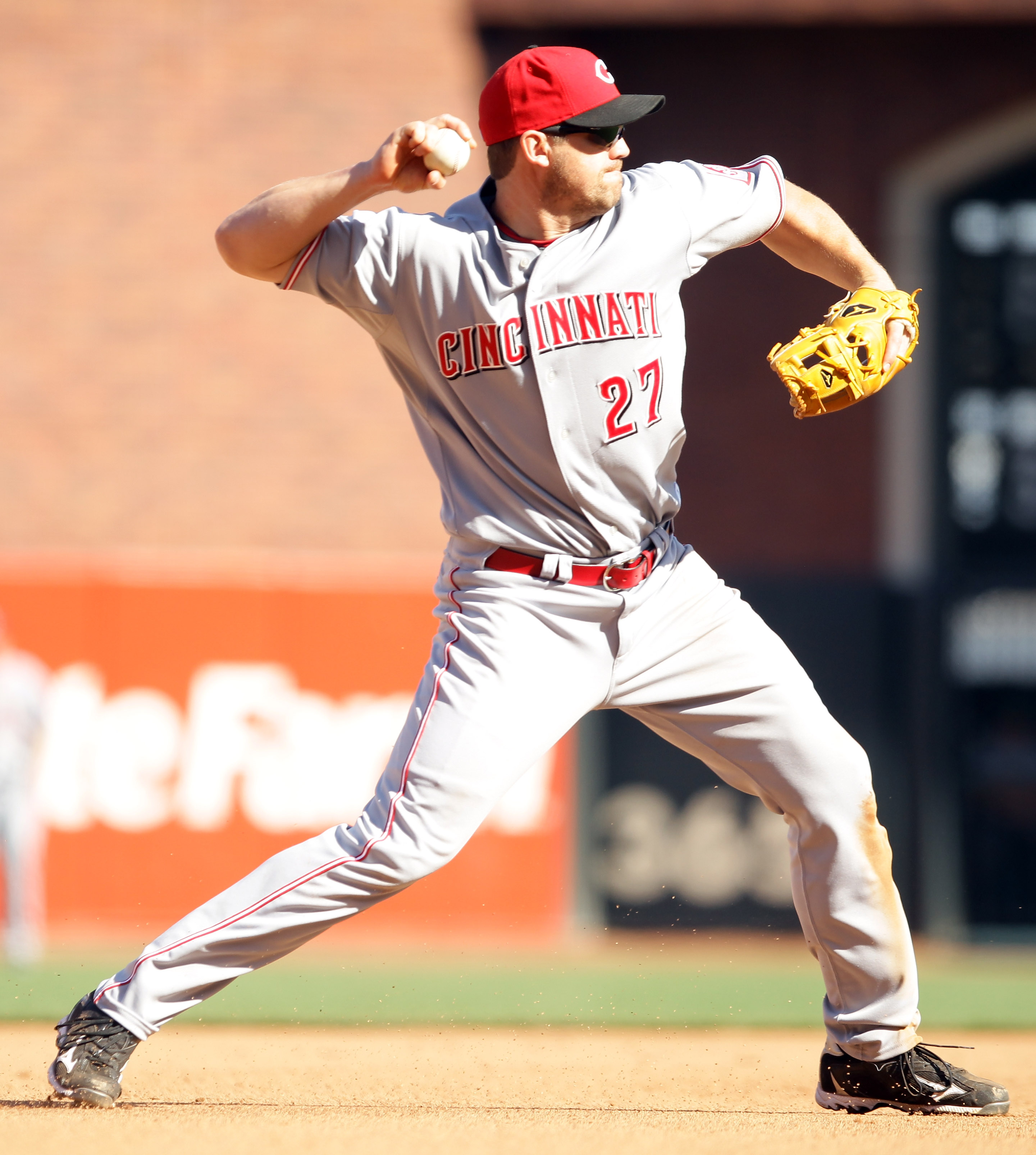 Another defensive whiz, grizzled veteran Scott Rolen has had major impact on the 2010 Reds both on and off the field.

When General Manager, Walt Jocketty, made the deadline deal in 2009, some Reds' faithful questioned how bringing a 35-year-old bad back would improve the future.

Jocketty again proved why he's a general manager and the rest of us are [insert your job].

He's solid at the plate and bats clean-up behind Joey Votto.

Rolen still has pop, but finds most of his success driving the gaps. 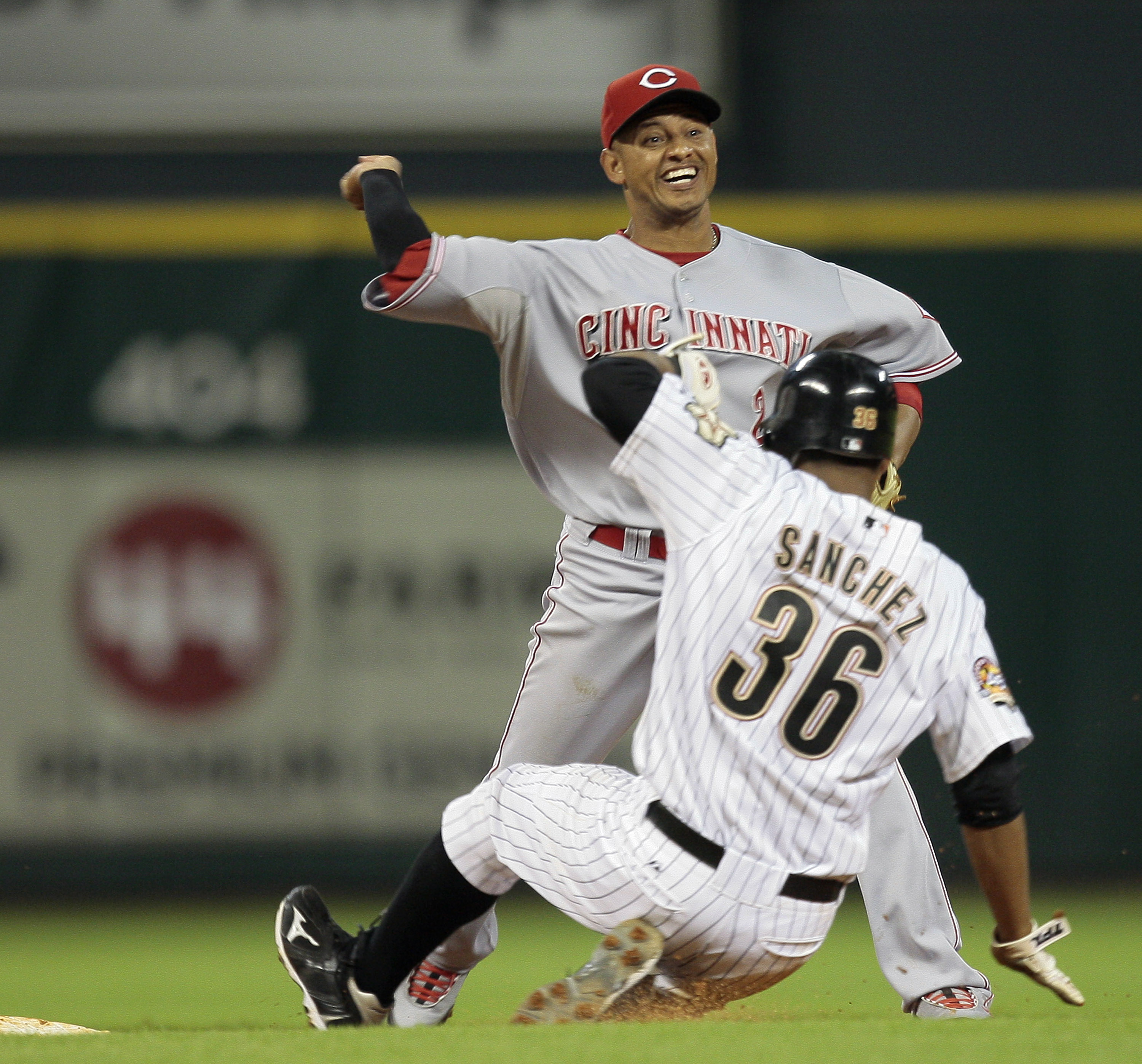 Watching "The O.C." and Phillips play the middle of the infield for an entire season is something I'll walk away with as a lasting memory of the 2010 season.

"The O.C." is the least dangerous offensive threat in this lineup. 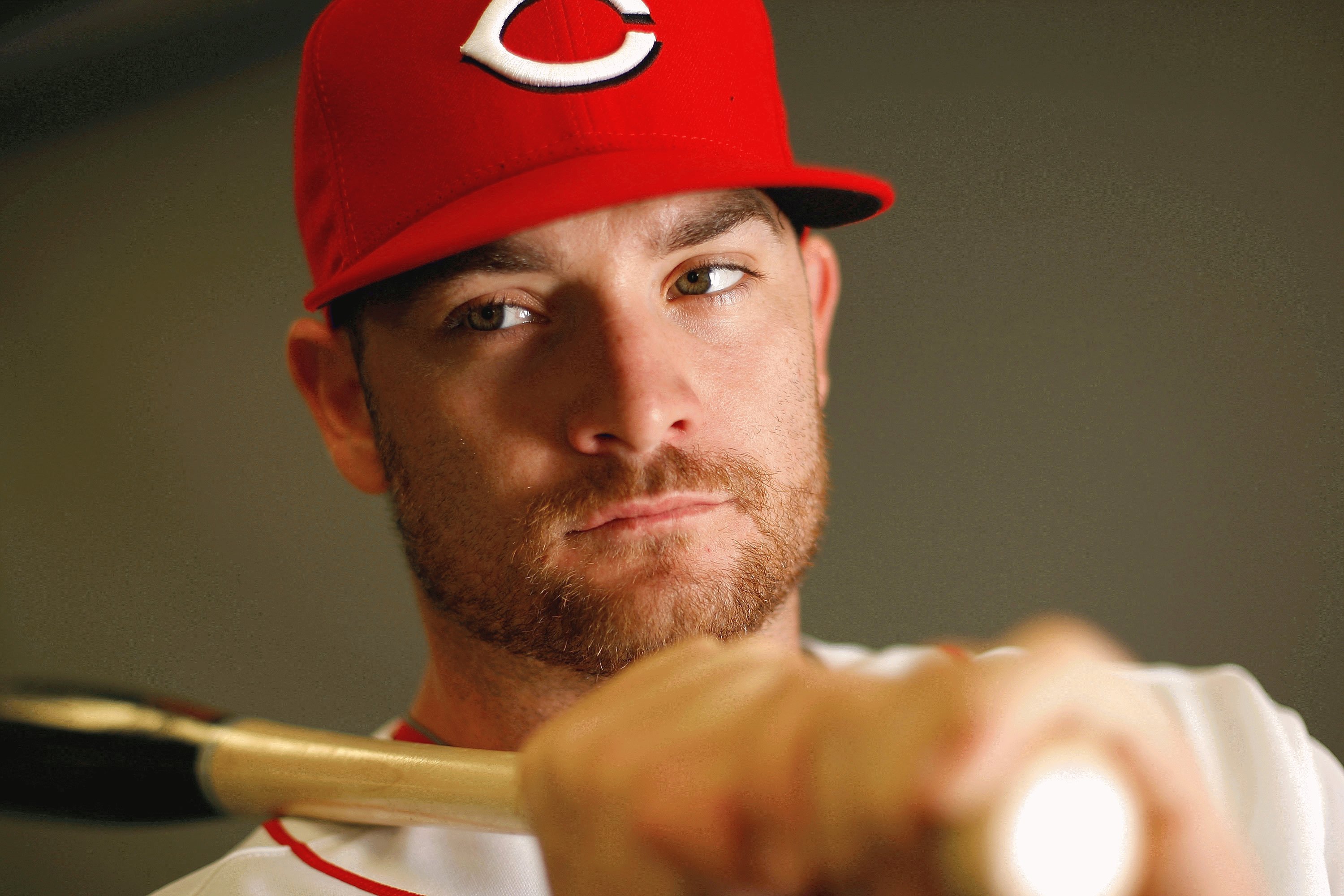 Jonny Jekyll: Sees beach balls at the plate. He goes 11-for-14. Goes long six times during the run. Two of which are of the three run walk-off fashion.

Jonny Hyde: Tries to hit every ball out of the park and usually ends up striking out or rolling into a weak 6-4-3er.

Defense: Let's just say Reds' fans have deemed him only a minor liability in left. If the other team hits all of their balls into left field, they will probably win.

That should be the game plan for all opponents...hit the ball to Jonny. 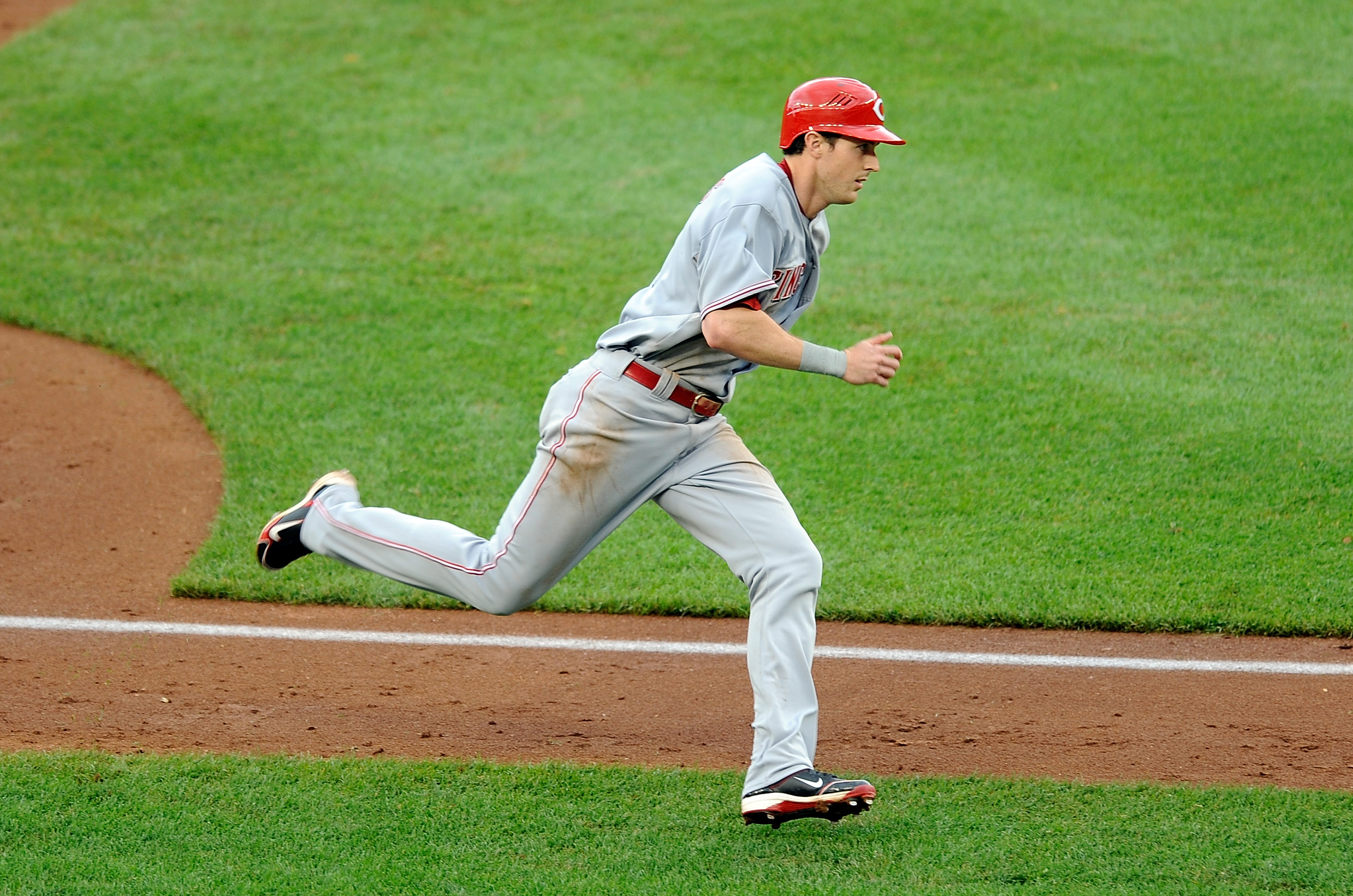 Watching Drew Stubbs run will be another memory. I mean, when did they start making lanky white guys some of the fastest cats in the game?

Like Gomes, Stubbs is streaky. And it's not the kind of, "Strike out four times one day, hit for the cycle the next." When Stubbs is going bad, it is very easy to make him look like a fool.

He's been kicking butt as of late.

In the field, he's a future Gold Glover. 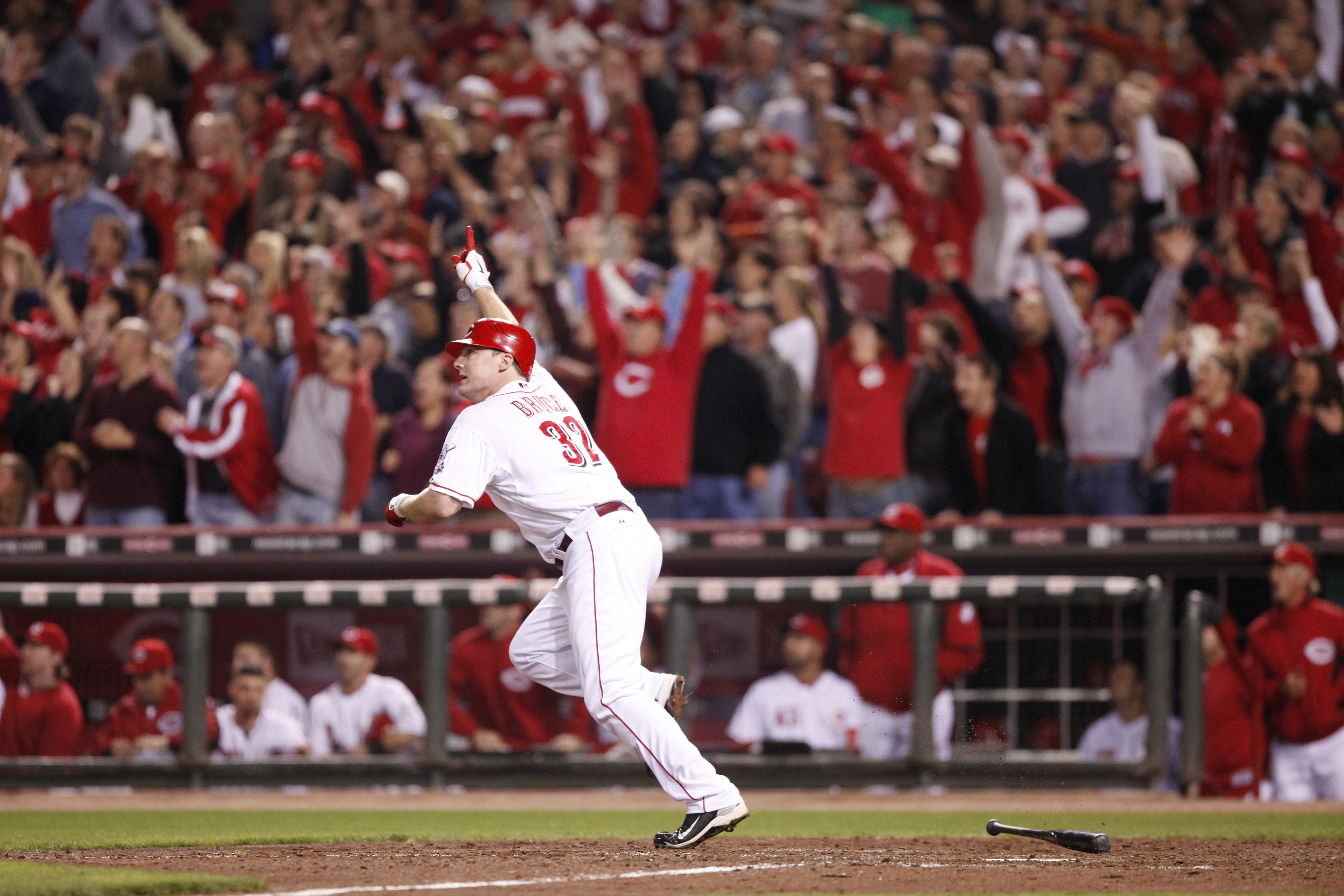 Jay Bruce was the 2008 Baseball America overall No. 1 prospect.

Reds' fans have waited patiently and not so patiently for the guy to produce.

And, you know what, he seems to have arrived at just that perfect moment.

Bruce has been knocking the cover off the ball for the better part of two months. And that does not bode well for any opposing pitcher.

There is not another guy in the league I'd rather have playing in right field.

Bruce was formally among the league leaders in outfield assists—that is a bygone era.

Teams do not run on Jay Bruce.

He cuts off the corners with tremendous efficiency. He is a difference maker in right.