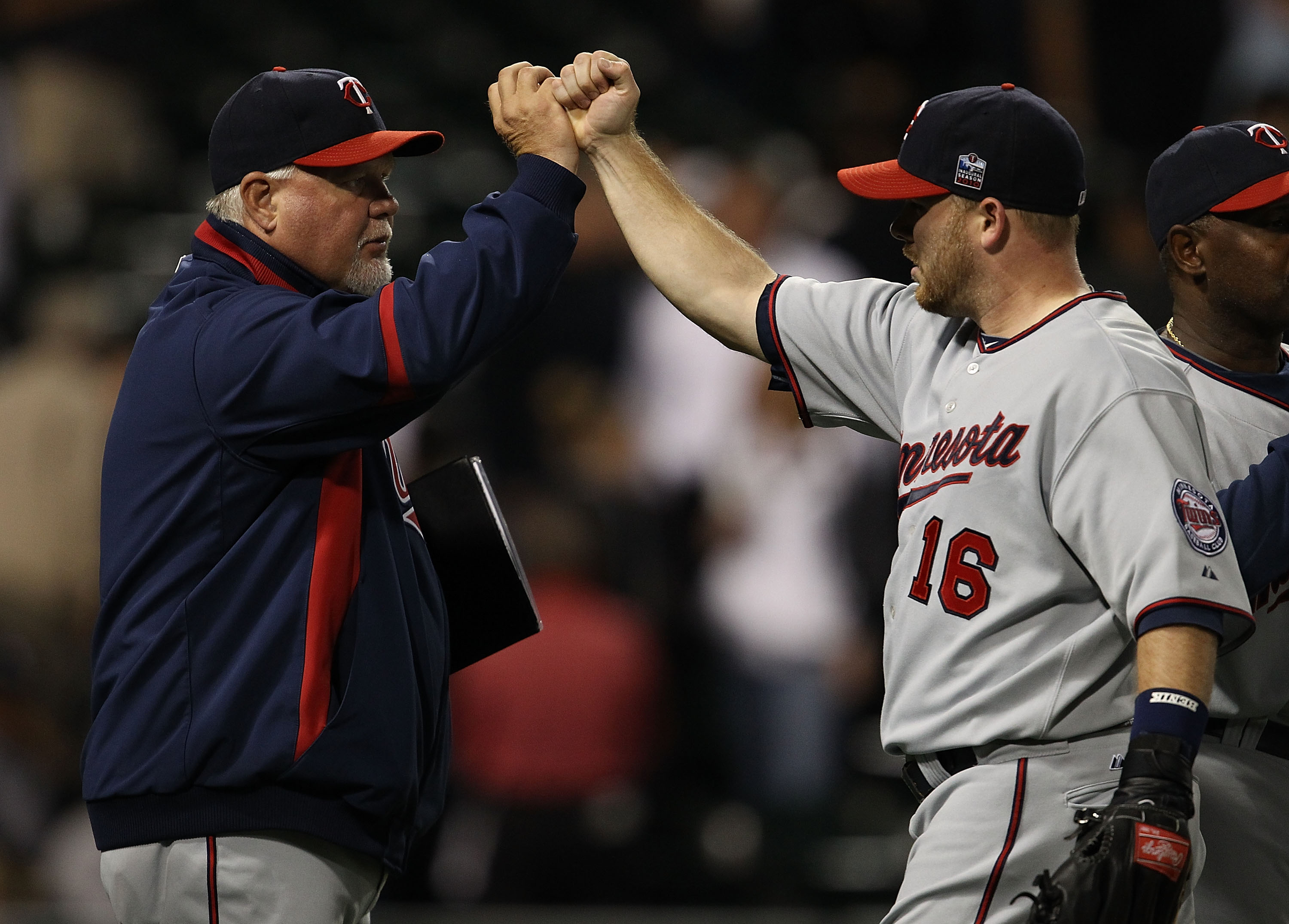 With less than two weeks worth of games left on the Major League Baseball, the playoff picture is becoming clearer...sort of. Only one team has clinched a playoff spot, while three divisions consist of two or more teams that are deadlocked in an epic struggle for division supremacy. The end of the 2010 regular season is as compelling as ever.

What's most interesting about the season is that there is the potential for no teams to finish with 100 wins. That would be the first time that has happened since 2007, an occurrence that doesn't come along often. It goes to show how competitive baseball has been throughout both the American League and National League.

The races are firing up for the last time in 2010, so it is time to examine the magic numbers of each division leading team in baseball, and see where all the competitive teams can finish based on the strength of their schedules over the next week and a half. The hunt for October baseball is extremely compelling this year. 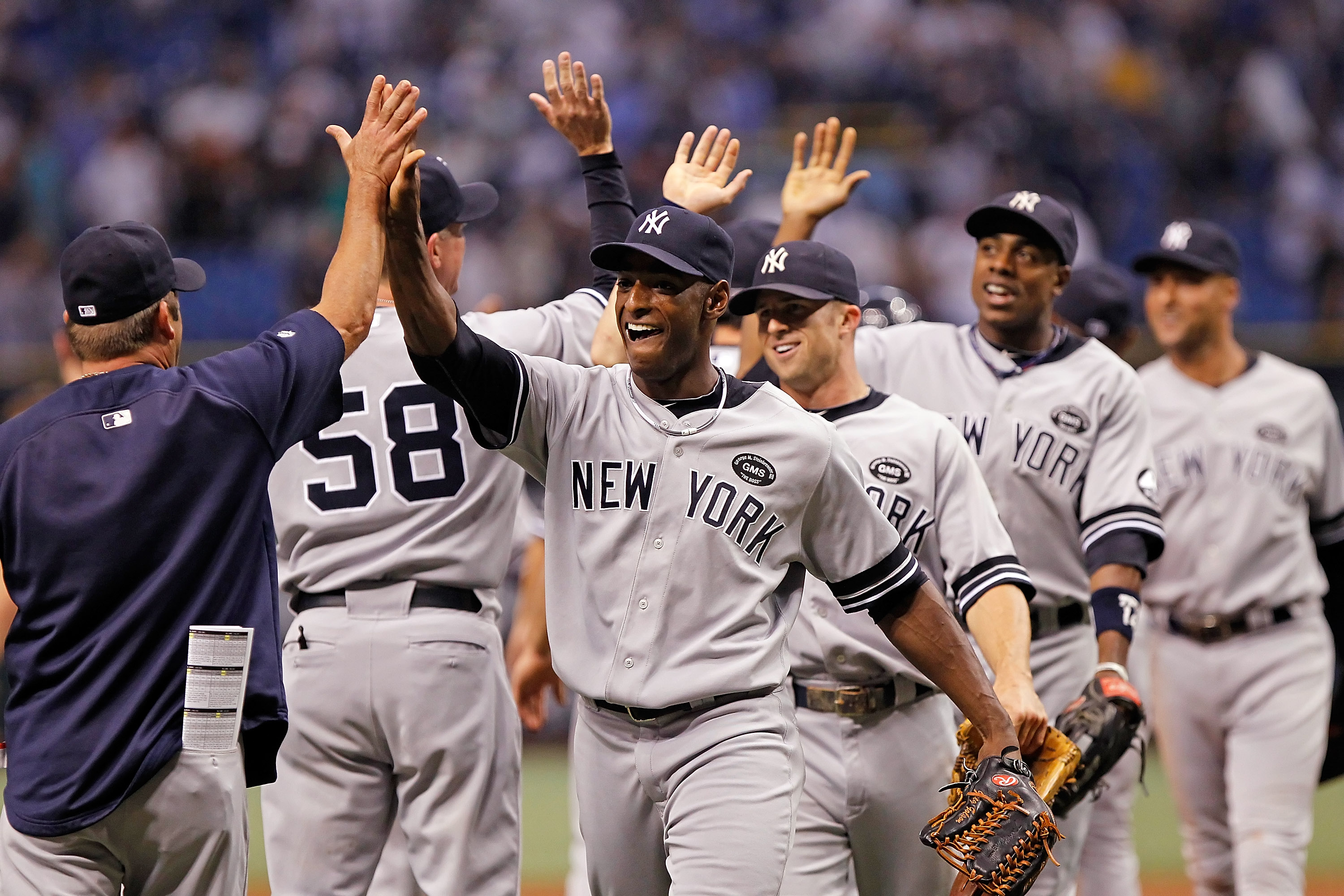 The fight for the AL East title could come right down to the wire between the New York Yankees and the Tampa Bay Rays. Right now, the two teams are locked in a series with each other. The Rays have dropped three in a row, so the Yankees are in prime position to take advantage of the team that they are two and half games up on. The Red Sox elimination number sits at three, and they are on the brink of being knocked out of the race.

It will be interesting to see how this current series shakes out, in a battle of relatively even pitching matchups. Phil Hughes got the best of James Shields last night. A.J. Burnett and Wade Davis have both had their struggles, and they will square off tonight. Then tomorrow, C.C. Sabathia and David Price duel for the second time in the last week and a half.

There's no telling who will end up on top of the division, based off of each teams remaining schedule. The Rays certainly have the potential to win more games on paper. Their remaining matchups consists of meetings with the Mariners, Orioles, and Royals; three American League cupcakes. These games couldn't come at a more favorable time for the Rays.

The Yankees must fend off the Blue Jays and Red Sox in six games. This could be more of a struggle. If any team out there will want to play spoiler against the Bronx Bombers, it would likely be the Boston Red Sox. The AL East title could potentially come down to the last games of the 2010 regular season. 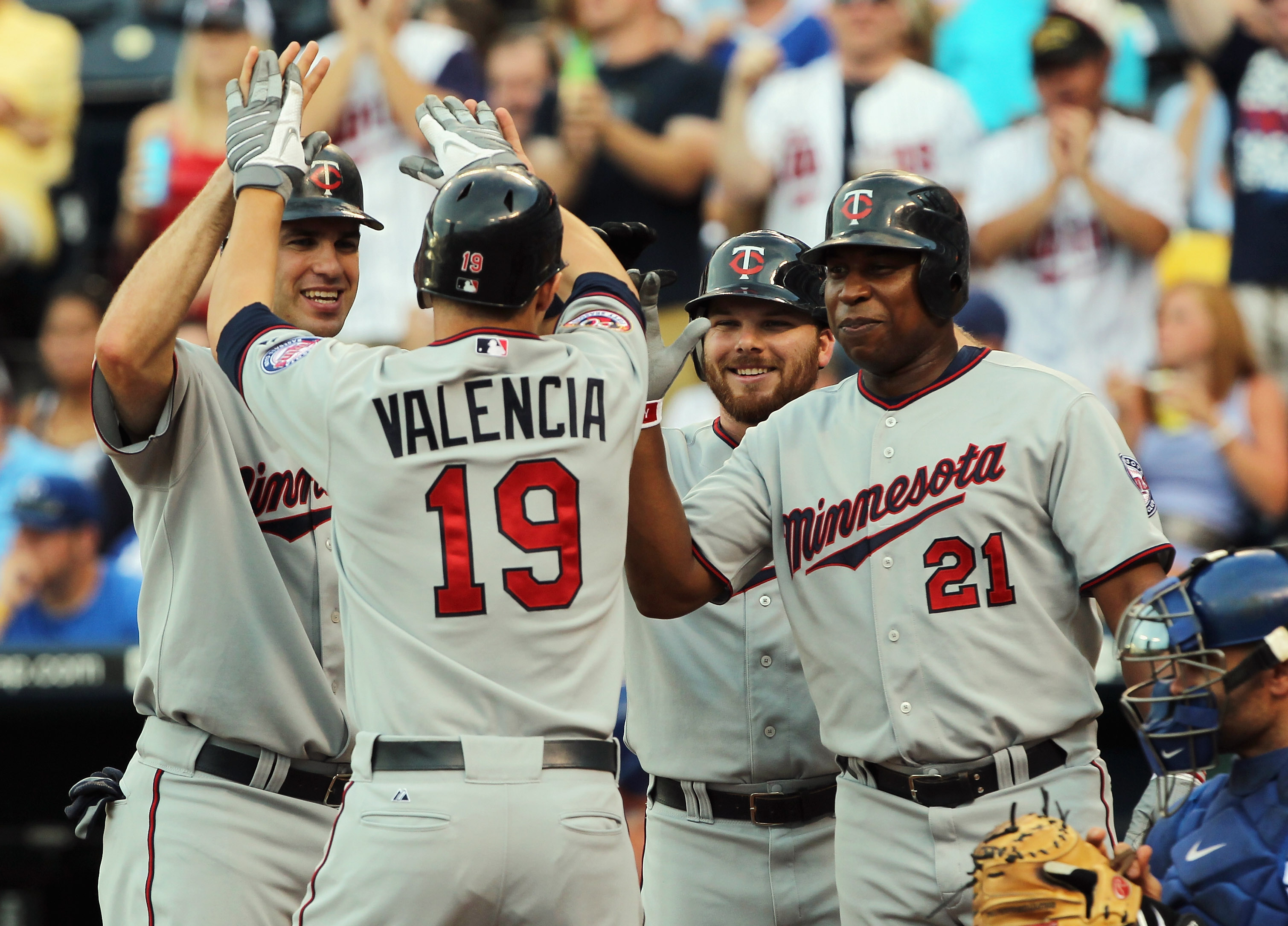 With a win over the Indians last night and a White Sox loss, the Minnesota Twins have clinched the first place spot in the AL Central. Small wonder that they are putting together such a dominant season despite losing their biggest offensive catalyst Justin Morneau for half the season.

Right now at 91-60 with 11 games left on the schedule, Minnesota has built up a lead of 12 games over the second place Chicago White Sox who have fallen off the map, going 1-9 in their last 10 games.

The Twins 51-25 home record and their 45-18 second half record say it all about this team, and they aren't about to flounder going into their final four series' of the regular season. They take on Cleveland, Detroit, Kansas City, and Toronto. These teams consist of three weakling division rivals, and the power hungry Blue Jays from the East, who probably pose the biggest threat.

Besides, the Twins have been graced with production from every part of the roster. Behind the big names like Mauer and Liriano, are more subtle, strong contributors. Lefty Brian Duensing has quietly become a reliable arm in the rotation. He's started 11 in games in which he's tossed a complete game shutout, and posted a 7-1 record and 2.43 ERA. His ERA in 50 games of relief work was 1.80.

Delmon Young has also really ramped it up in 2010, with a .299 average and leading the Twins with 105 RBI. Jim Thome's 25 home runs have also been very clutch in filling the void left by Morneau. Joe Mauer is putting up his typical .331 average as well.

The production is huge for this Twins team, and while they might not be playing the most competitive division, they are on the verge of clinching their playoff spot and are hyping themselves up to be a force in the postseason again. 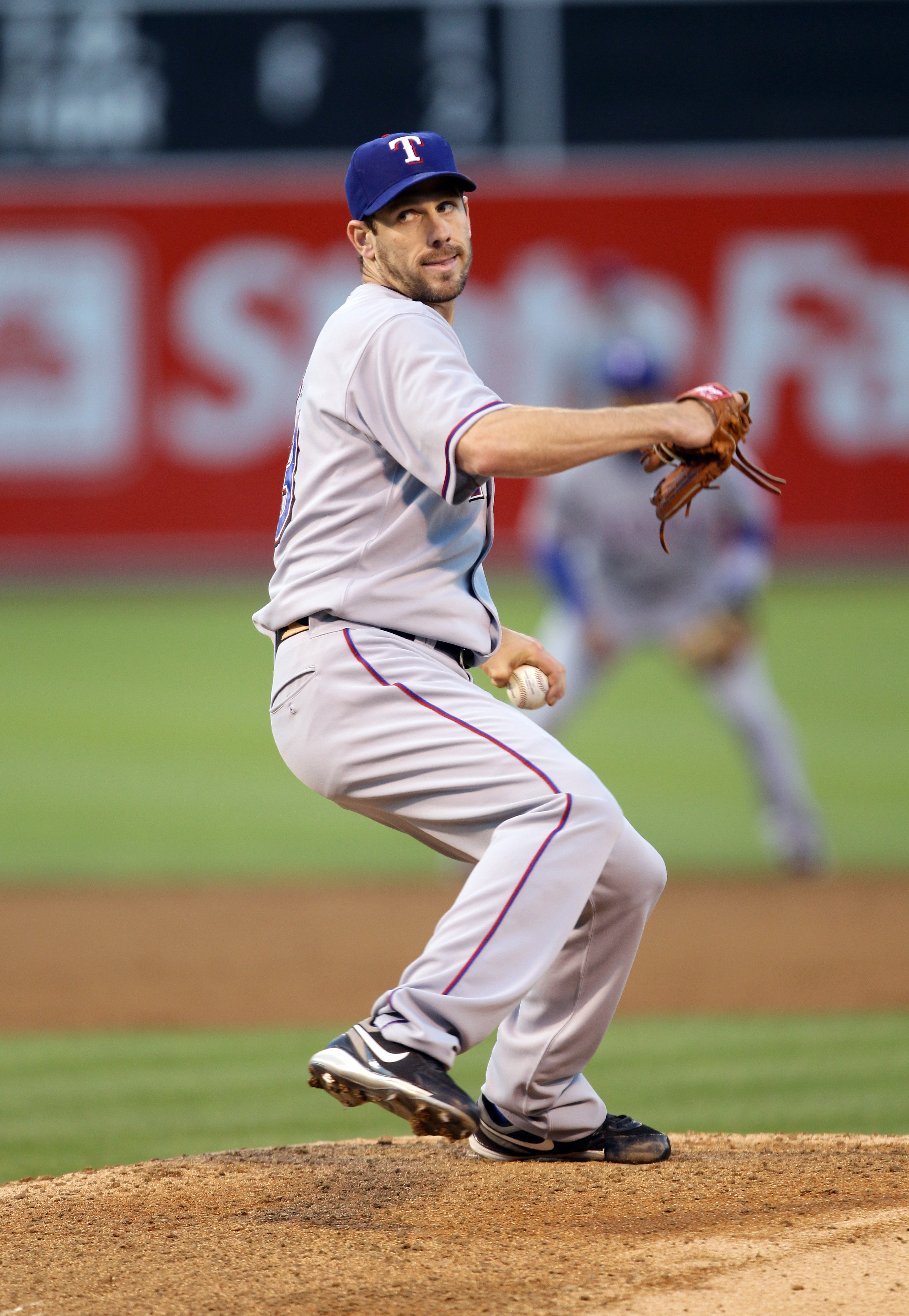 The Texas Rangers have been dismantled a bit due to injury, but should still have no trouble closing out the AL West. Their magic number stands at six. At this point however, a playoff charge will be difficult without Josh Hamilton. Without their offensive centerpiece, the Rangers are down a .300 hitter who has hit 31 homers and driven in 97. Hampered with rib problems, he won't be available until the first week of October.

But around him, the Rangers have everything they need to enter the playoffs with a bang. They have a hard-hitting veteran in Vladimir Guerrero. They have speed and baseball smarts. The Rangers also have Neftali Feliz who has saved 36 games, and a pair of excellent southpaws in the starting rotation in Cliff Lee and C.J. Wilson.

They finish the 2010 regular season by facing their three division counterparts, and should have no problem fending them off. The surprising Oakland A's could threaten Texas, but they don't have the offense to keep up. In all likelihood, the Rangers will lock up the division with ease within the next week and a half. 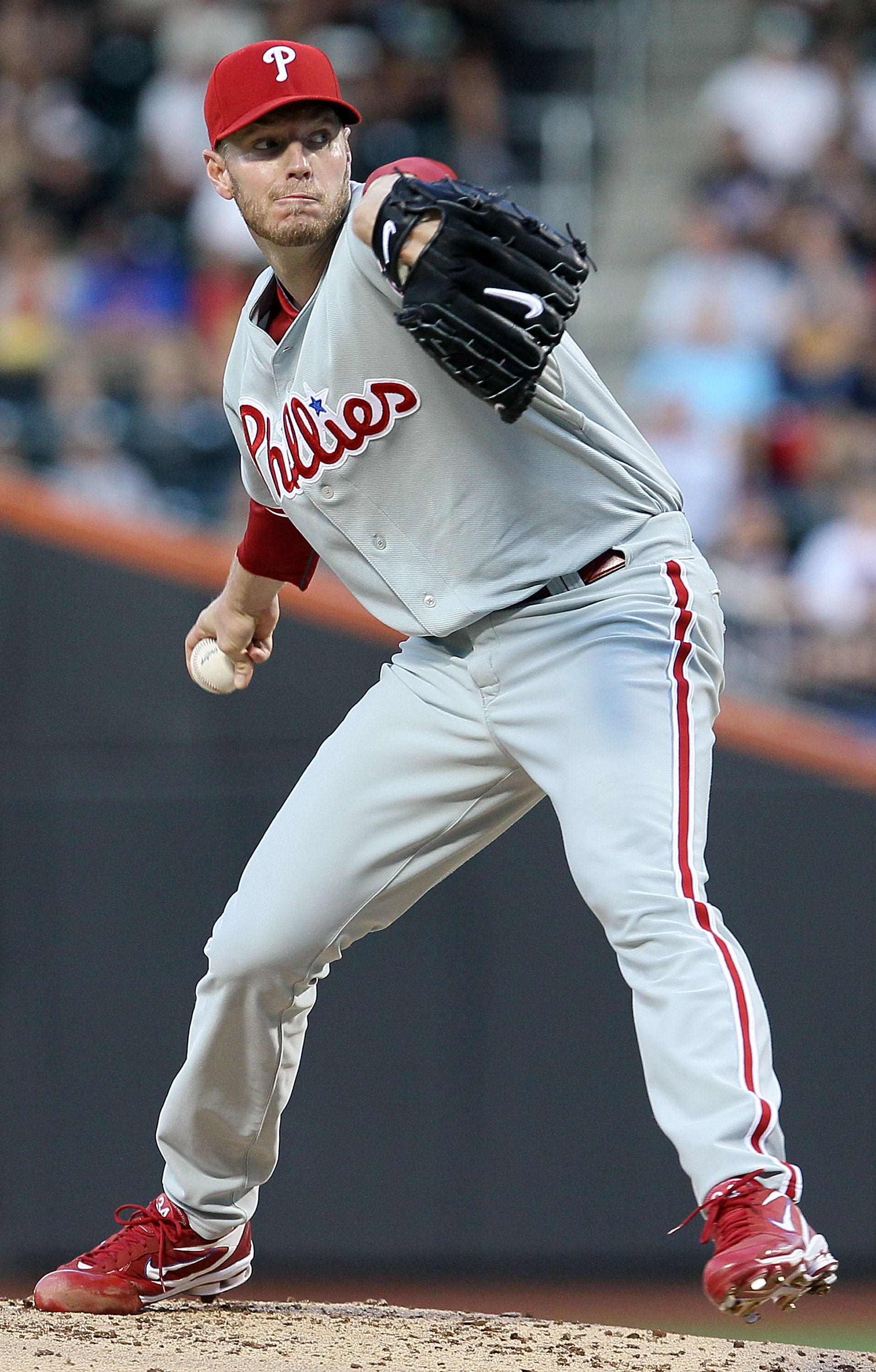 At the moment, not only are the Philadelphia Phillies extending their lead over the second place Atlanta Braves, they are forcing their division rival into a struggle for the Wild Card. The Phillies have opened up a five game lead over the Braves in the NL East, giving them a magic number of six.

Emerging as the hottest team in the NL with a league best 91-61 record, the Phillies are showing no signs of collapse. Interestingly enough, four of their last 11 games are against Atlanta. If Atlanta can bounce back from some shaky young pitching, the division will be all the more intriguing. Their other two sets are against the Mets and Nationals who they are a combined 18-12 against this year.

The Braves, aside from their last four games against Philadelphia, will be pitted against the Marlins and Nationals. It will all be a matter of whether or not Atlanta can catch the Phillies napping before they clinch the division title. Each team has a similar road to their final standoff, and based on this recent Phillies nine-game winning streak, it would be shocking if they let up enough to surrender the division lead. 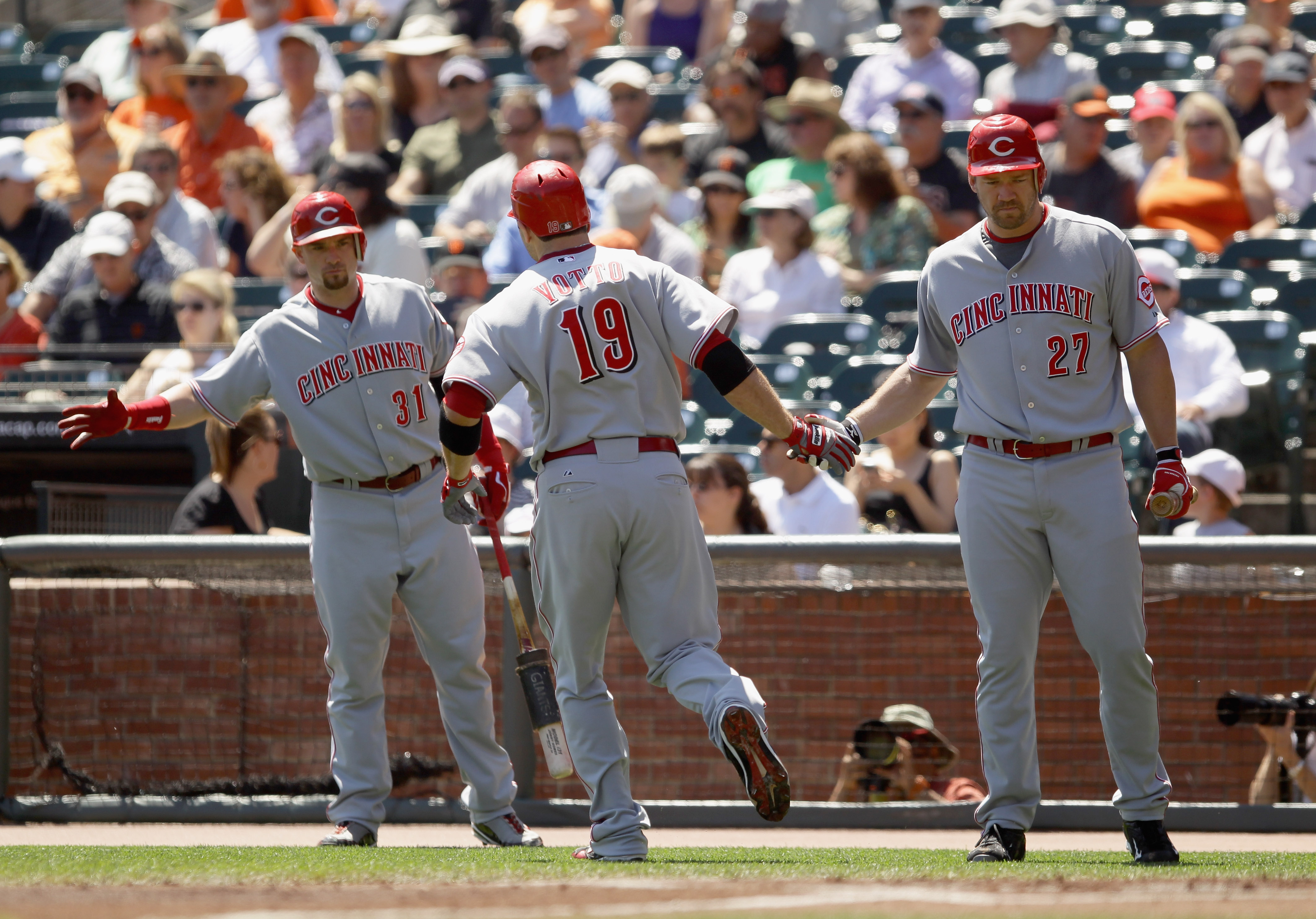 At this point, the Reds have probably grown into the biggest surprise in baseball, especially to baseball fans who loathe the St. Louis Cardinals. Cincinnati has built up an eight game lead over their divisional foe. The magic number is four over the Cardinals

The Reds schedule is probably not a concern to them at this point. Right now, they are battling the Milwaukee Brewers. This division battle is anything but a battle. The Reds are 8-1 against the Brewers this year. The Reds will go on to face the Padres with a chance to boot them out of contention, followed by the improving but young Astros, and the Brewers again at home.

The Reds are another example of a rising and well-rounded club that could make a splash in the playoffs. The possess plenty of power, with bats like that of Joey Votto, who has smacked a team leading 35 home runs. The Reds have also gotten at least 20 home runs out of Jay Bruce, Scott Rolen, and Drew Stubbs in 2010. Four Reds regulars have stolen base totals in the double digits as well.

The offense has made up for a choppy bullpen, but the Reds have seen some impressive starting material out of Johnny Cueto and rookie Travis Wood.

Cincinnati should be able to finish strong, and it will be interesting to see how the team will fare in the postseason, considering that they are are heading into very uncharted territory. 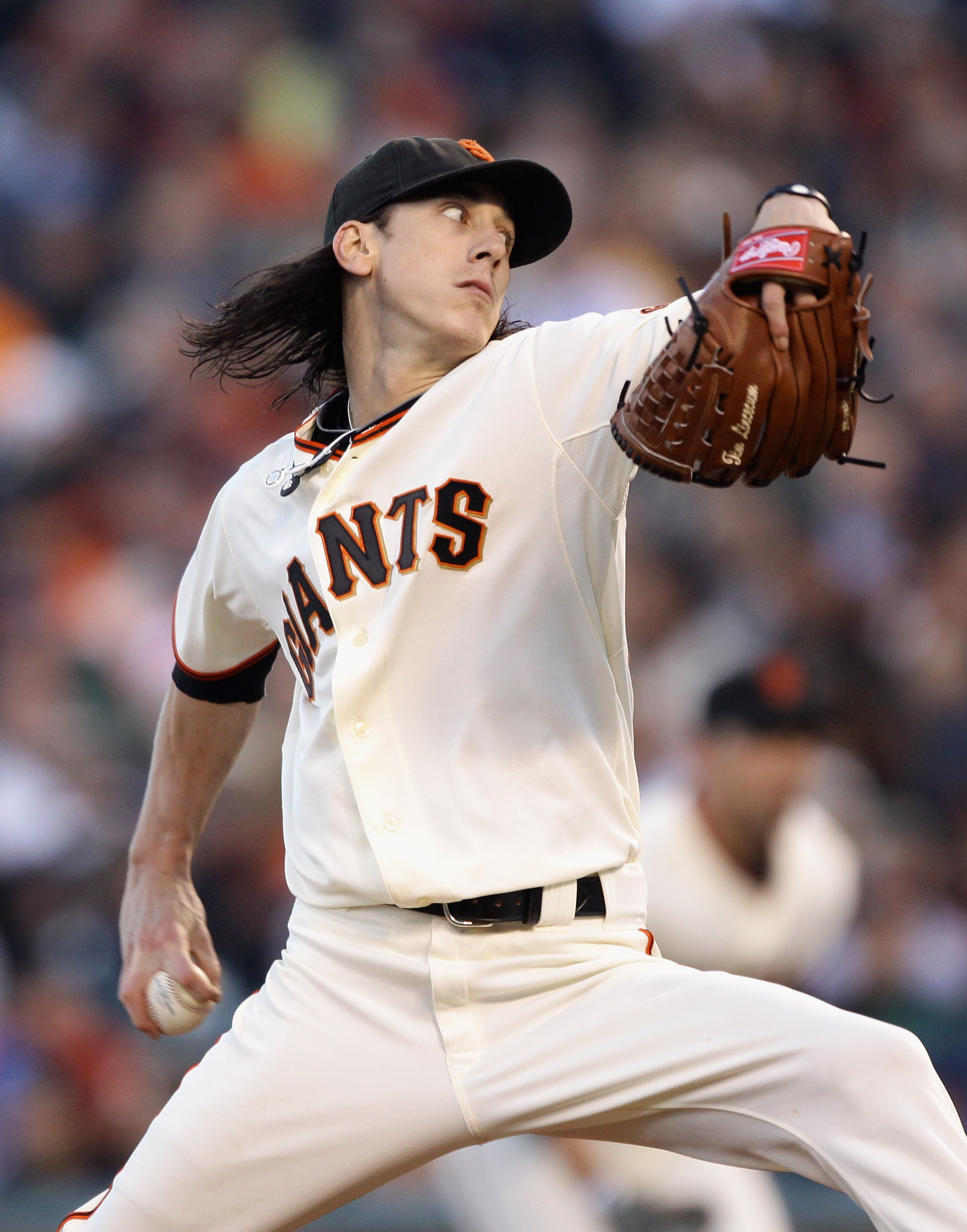 The NL West features one of the most intense three-way playoff pushes you will see in all of sports. The Giants, Padres, and Rockies are all in the thick of things, within three games of each other in their division. The Giants magic number over the Rockies is 10, as the D'Backs and Dodgers are both out of the race completely.

The Giants have done well in mixing young talent and hard-throwing pitching to open up a lead in the division after it seemed as though the Padres would hold tight to the lead that they possessed for nearly the entire season. Just a half game up on San Diego, San Francisco must get some improved production out of guys like Pablo Sandoval, and continue to benefit from the youthful spark of Buster Posey. Posey is hitting .324 with 15 home runs. They seem very much playoff ready and finish the season at home against the Diamondbacks and Padres. The Giants could use some home field advantage in battling back against the Pads.

The Padres have an outside shot at the Wild Card with how Atlanta has struggled. They finish the year in San Francisco and if they can ride a hot streak, the division could be theirs. It still seems like their lack of experience could suppress them.

The Rockies are another story. They are 82-68, two and a half games behind the Giants. This is their time of year, and there isn't a ton of ground to make up as they are right in the middle of the race. Once they play through a series at home against the Giants, their opponents through the end of the regular season aren't extremely intimidating, as they'll take on the Dodgers and Cardinals. The Rockies have such a positive track record this time of year, that it would almost be surprising if they didn't make an offensively charged playoff run. In September this year, they are 13-6, led by Troy Tulowitzki, who is hitting .351 during the month. And don't forget about Carlos Gonzalez either.

The bottom line is that all three teams here are worthy of the playoffs, but more realistically, the Giants and Rox could definitely make appearances in October ball.