Rafael Nadal: Does Winning the U.S. Open Make Him Greatest Tennis Player Ever? 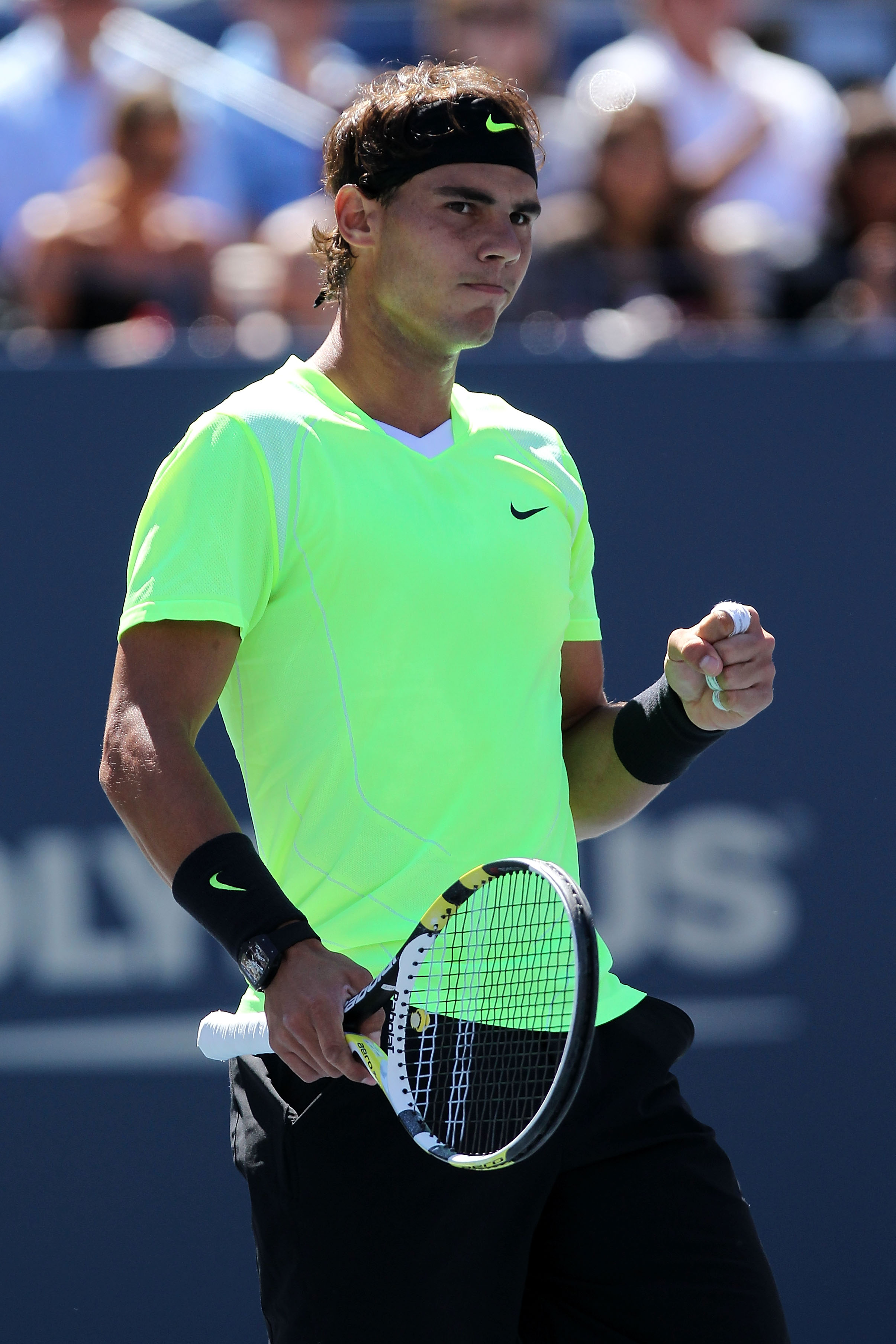 It's a name that every tennis fan has come to know and respect over the years. Right alongside another tennis great, Roger Federer.

But the real question is whether he can wrap up another US Open title against the winner of the Roger Federer/Novak Djokovic semifinal. If he does, can we honestly say that Rafael Nadal is the greatest tennis player in history?

While there will be people on both sides of the argument who will, and should, throw out names like Arthur Ashe, Pete Sampras, Andre Agassi, and Roger Federer, there will be those that believe Nadal is the best that has ever been.

Here are 10 ways, five on both sides of the aisle, to get that argument started. 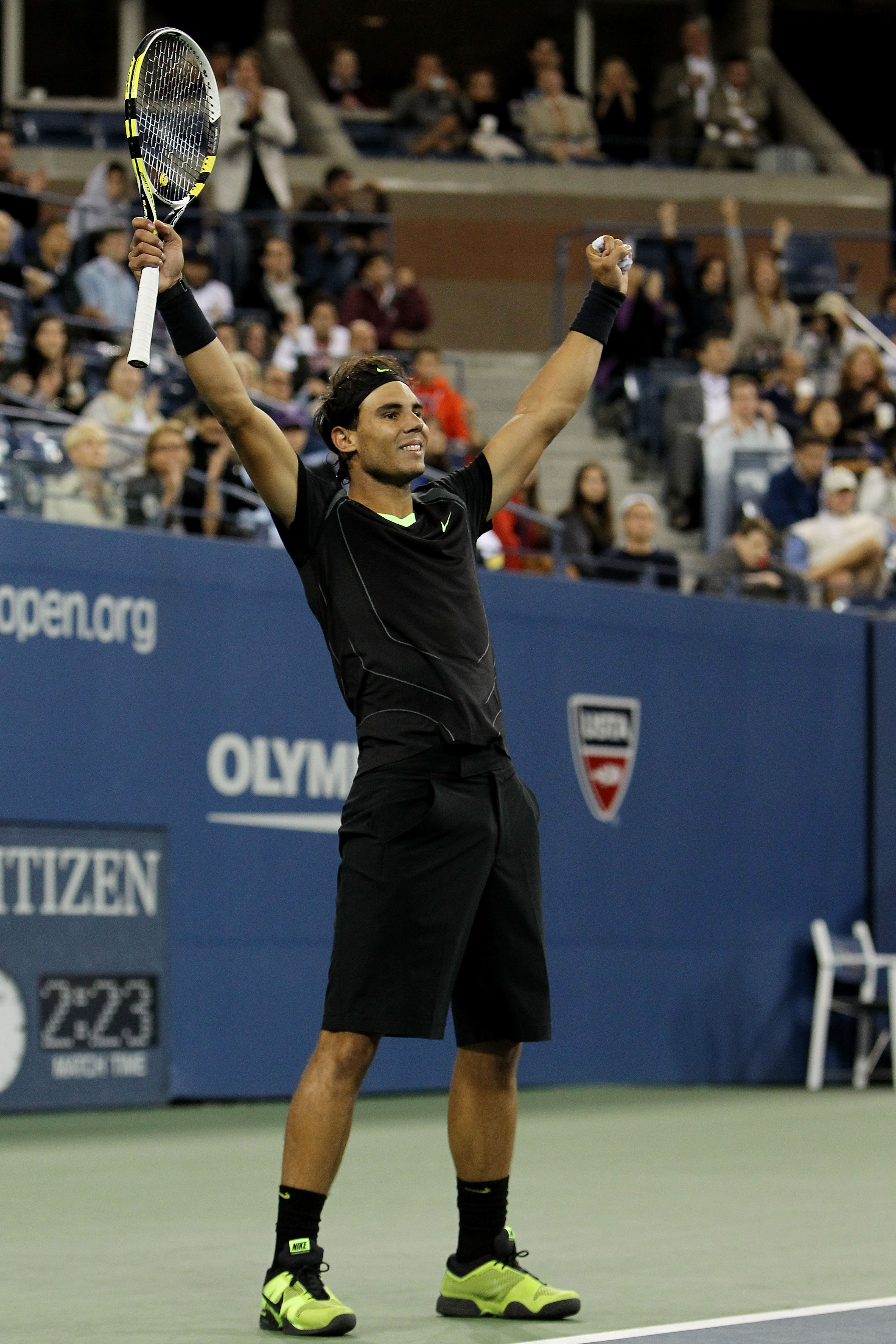 Rafael Nadal has won 41 tournaments. Sure that's respectable, and who's to argue with a resume like that?

NO: It Would Only Be His First US Open Win 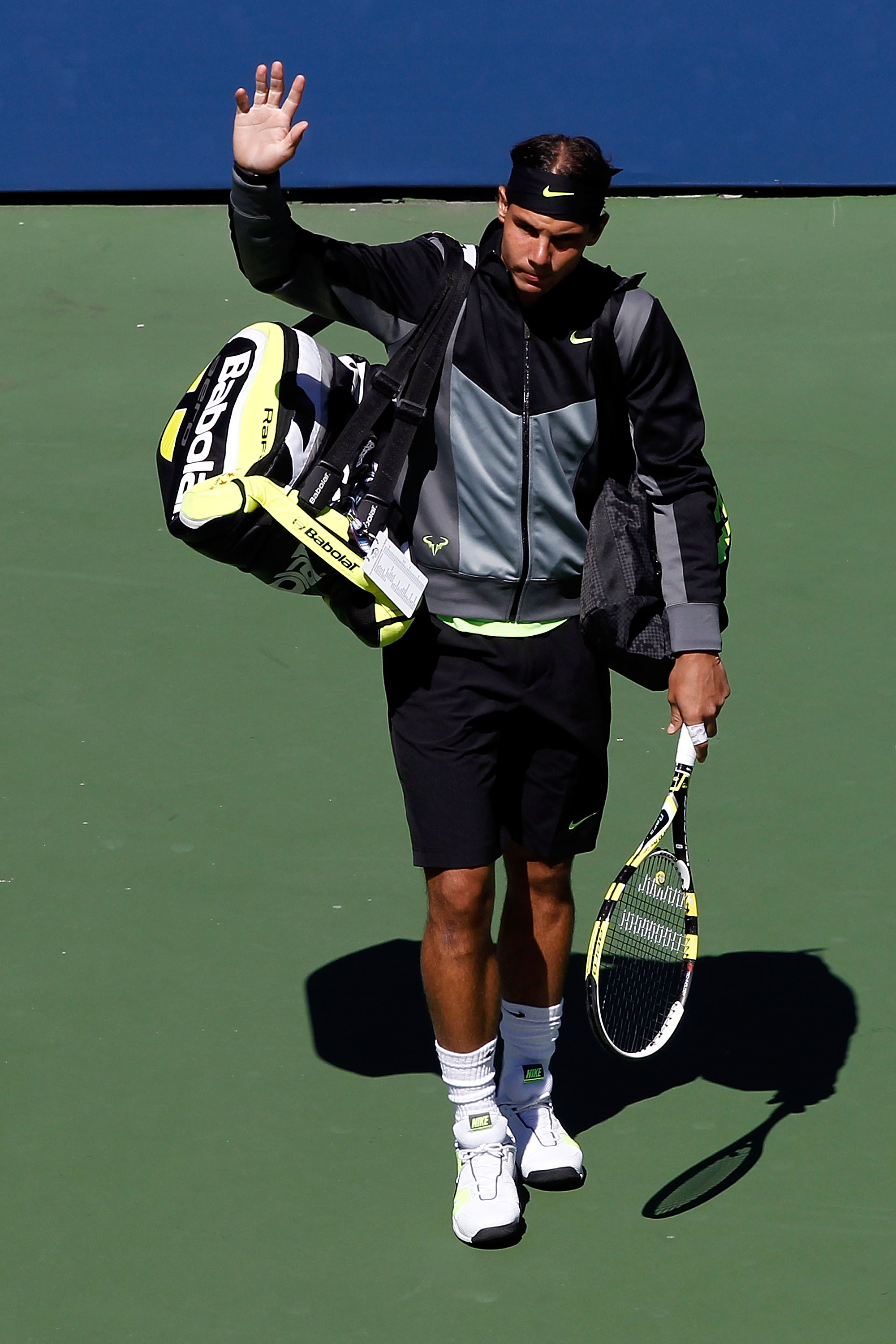 I'm not about to call someone the "best ever" when he would have only won his first US Open championship after finishing as a semifinalist in each of the last two years before this year. 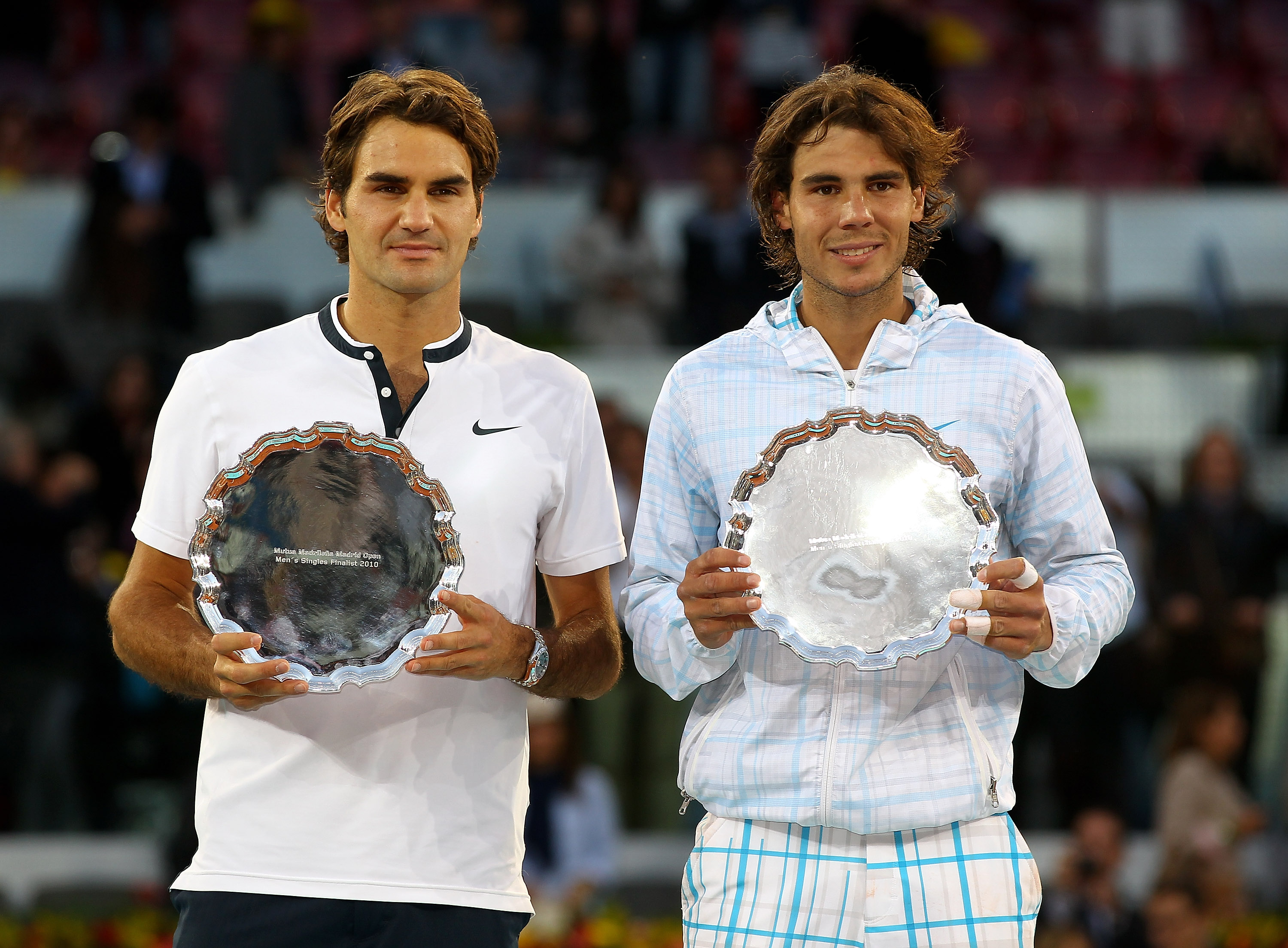 Nadal and Federer have faced off a grand total of 21 times in singles events. Nadal leads that series 14-7 all time, including 10 wins in 12 tries on clay courts.

He also knocked off Federer in the finals of Wimbledon in 2008 and the Australian Open in 2009.

NO: Will Only Be His 42nd Career Win 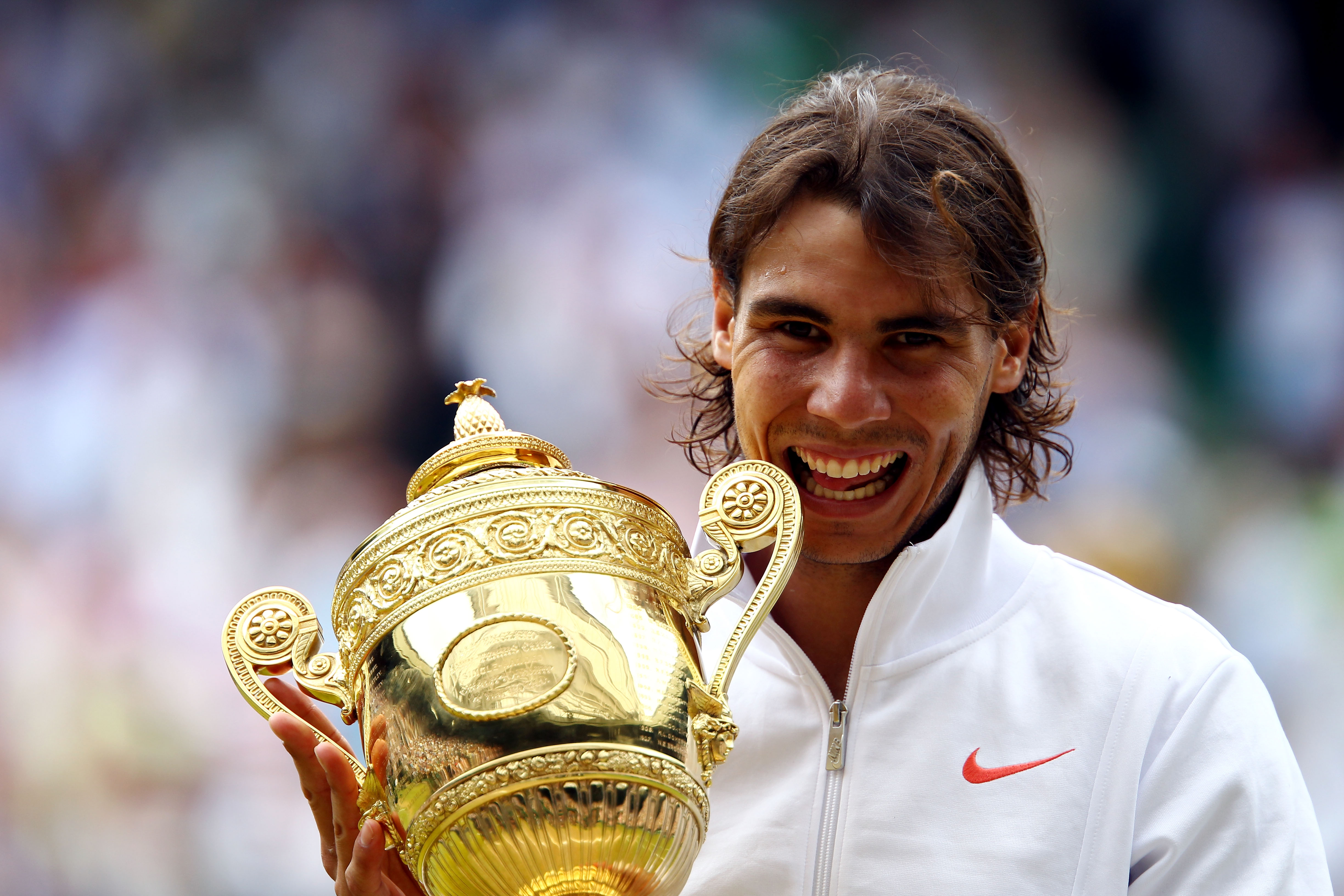 Winning the US Open this afternoon only gives Rafael Nadal 42 career tournament wins, which trails not only Roger Federer (63) but Pete Sampras (63) and Andre Agassi (60) as well.

That's like finishing 100 stolen bases behind Ricky Henderson and someone calling him the greatest base stealer ever. 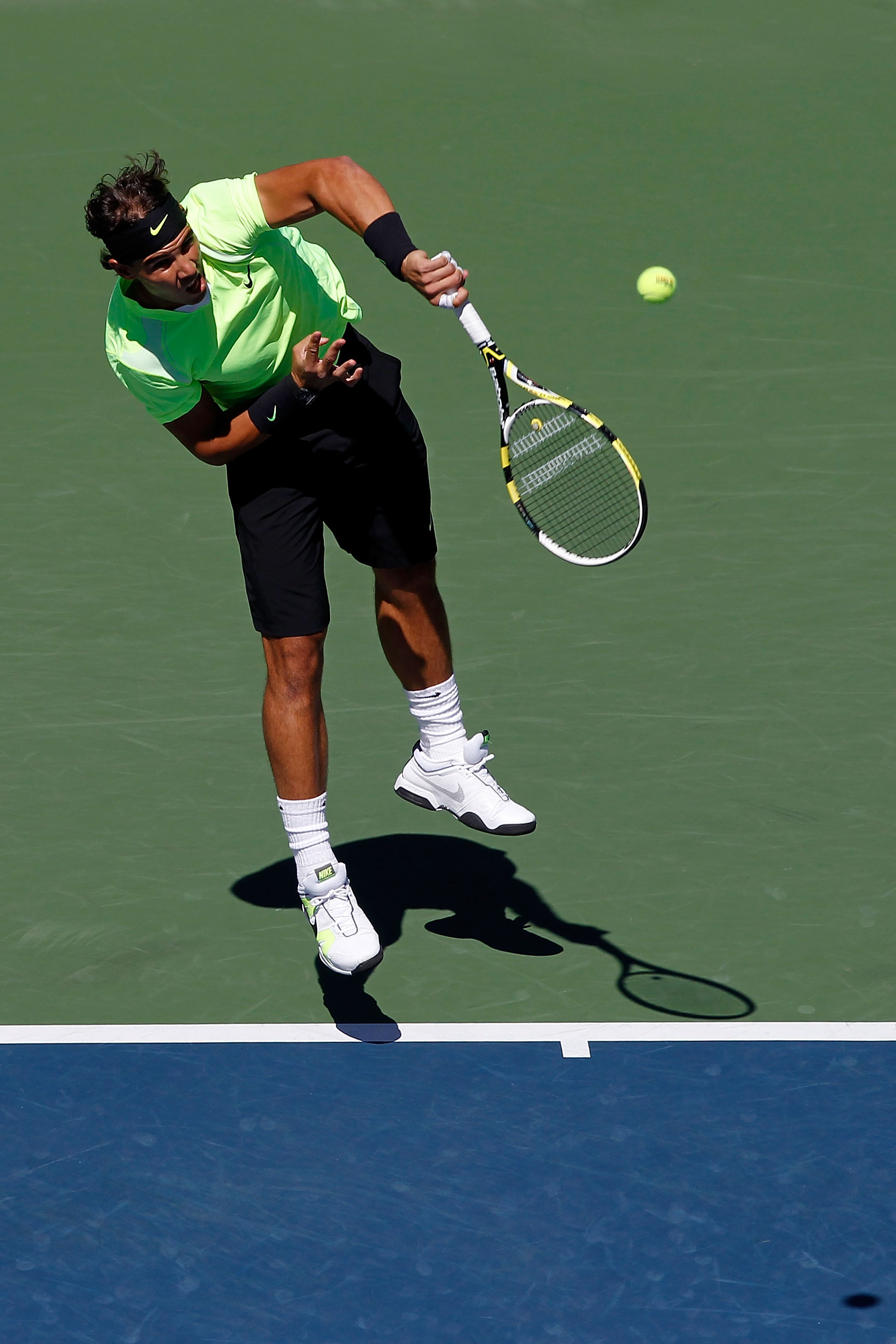 Perhaps saying he has the potential to be the greatest ever would be a better statement. He turned pro back in 2001 and after nine years on tour, racking up eight Grand Slam titles isn't that bad after all. 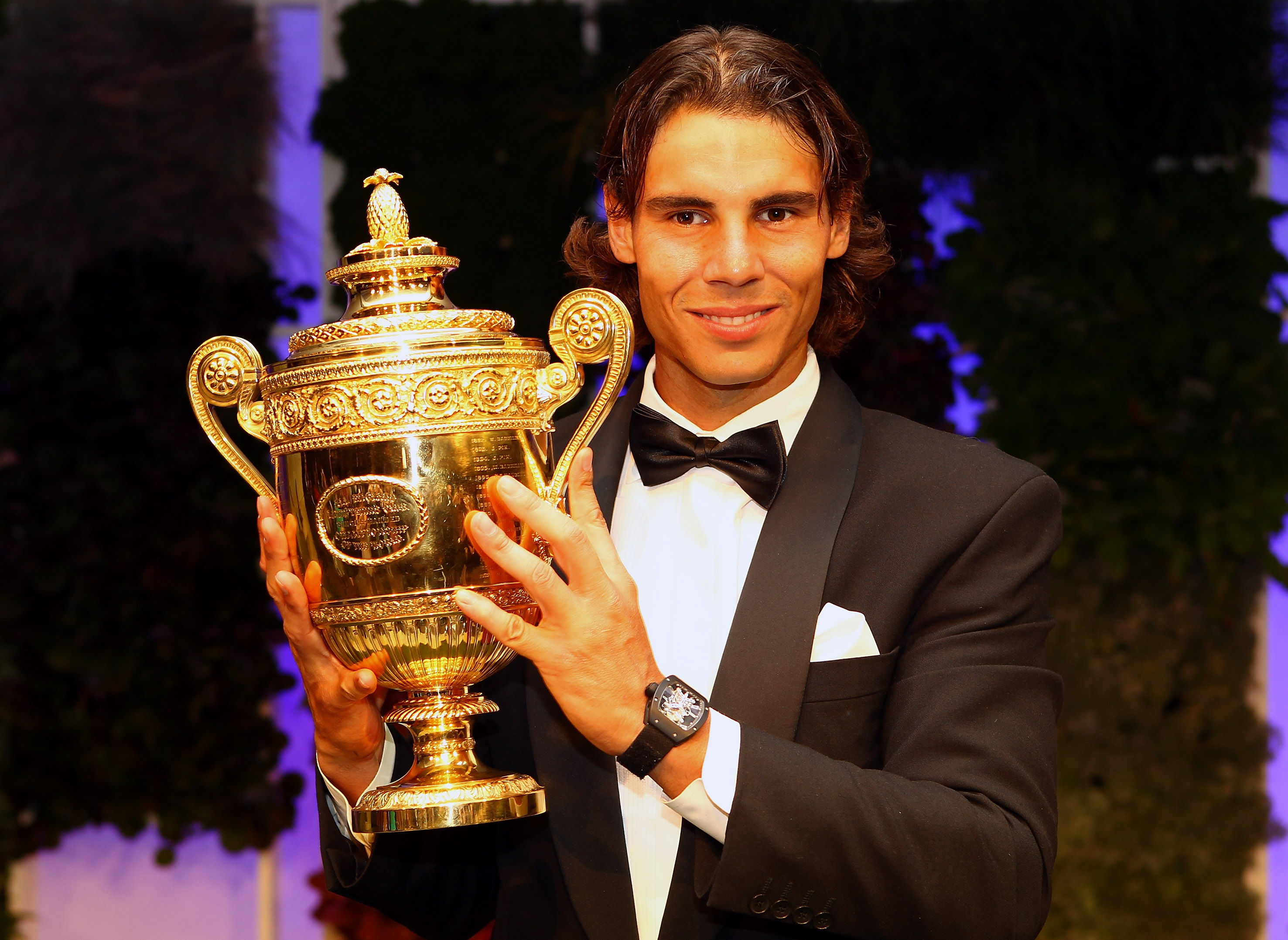 A win at the US Open would give Nadal his ninth Grand Slam tournament championship. He would trail Federer (16) and Sampras (14) but would pass Agassi (8). 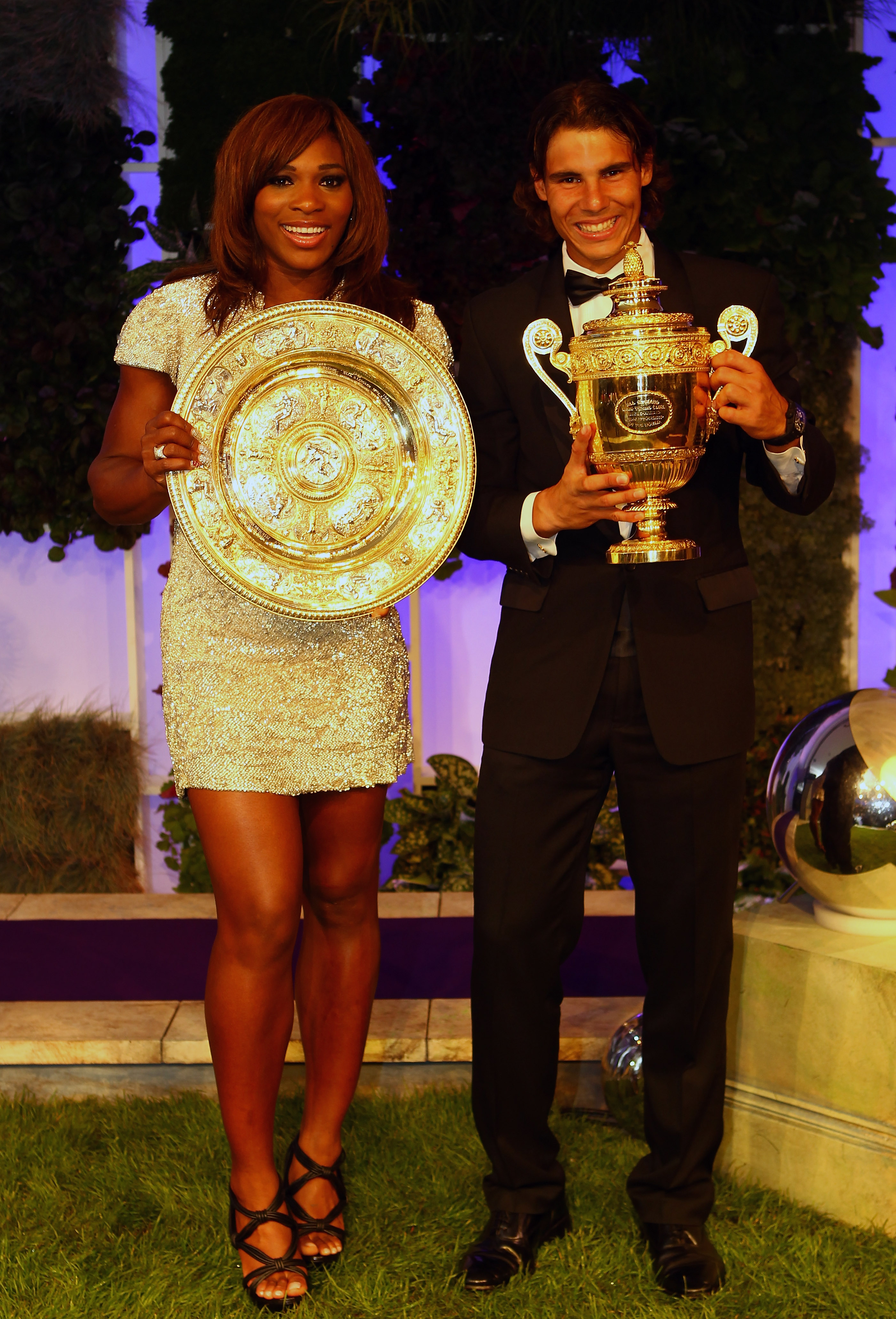 When it comes to Grand Slam tournaments, Nadal is arguably one of the best. In the Australian, US, and French Opens, as well as Wimbledon, he has a combined 113-17 record and holds a 86.92 career win percentage.

NO: Couldn't Beat the Best in Their Prime 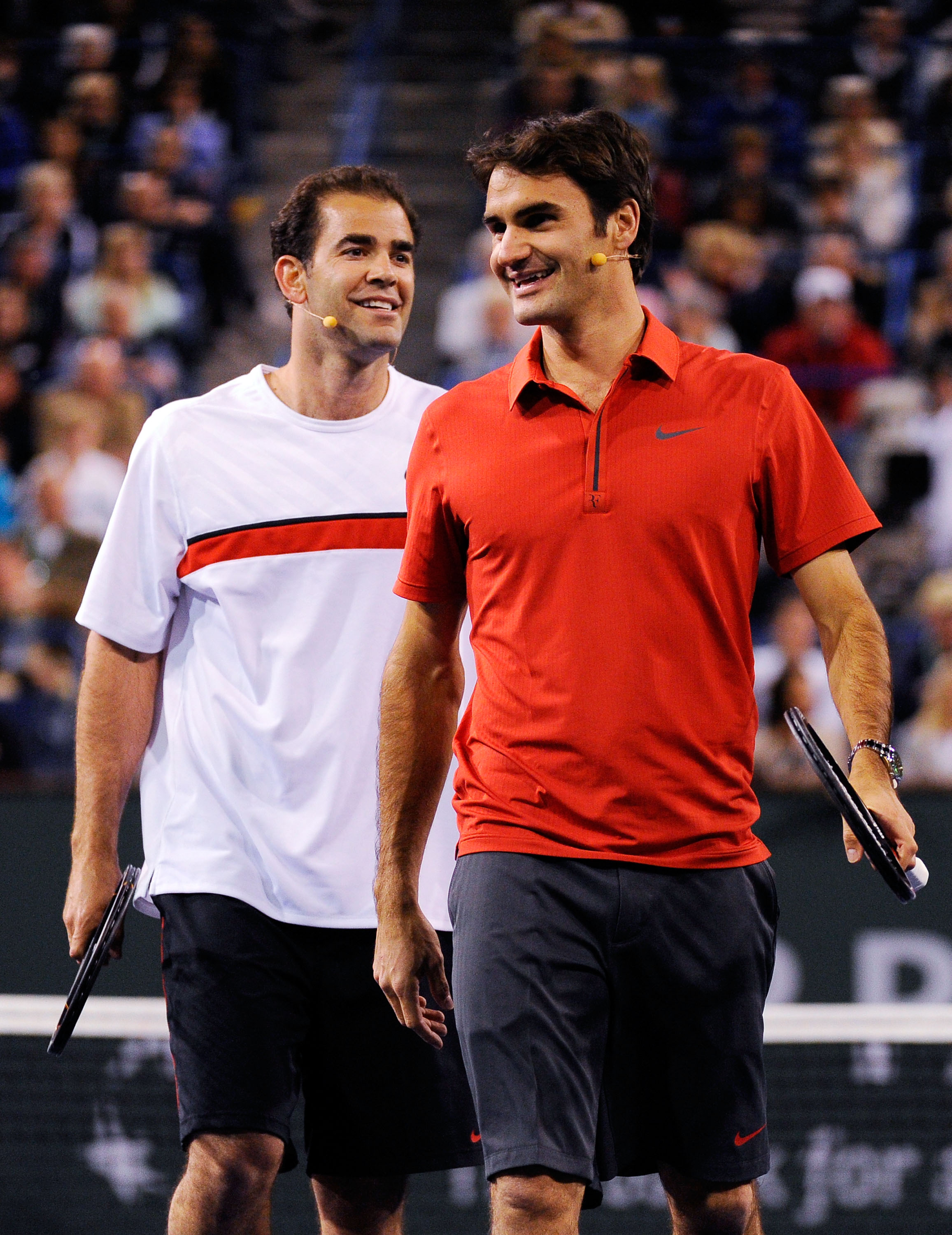 Sure Rafael Nadal is starting to become one of the best on tour, but could he really beat the likes of Arthur Ashe, Andre Agassi, or Pete Sampras in their prime? My guess is no. 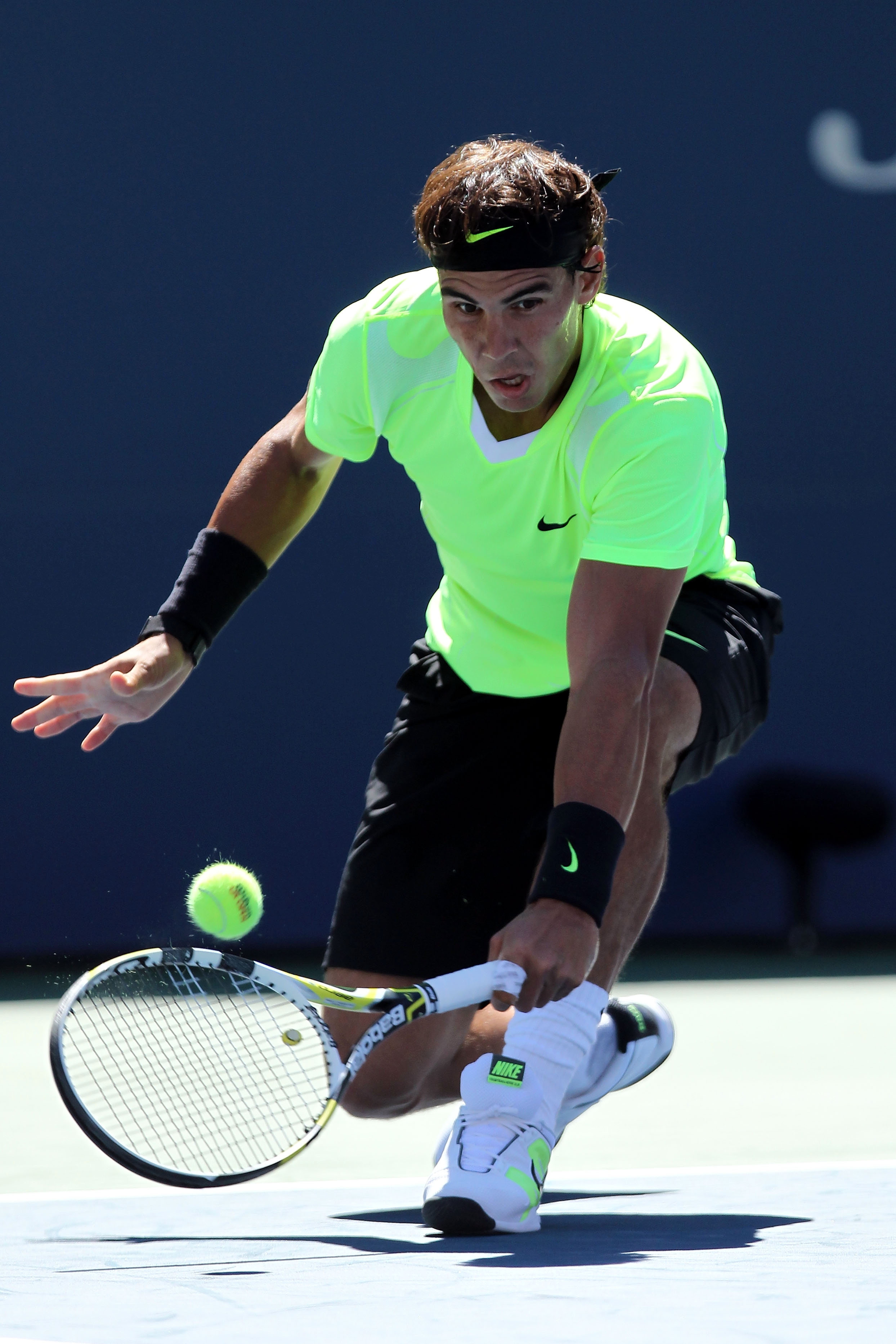 When you're 24 years old and you're racking up wins like they're going out of style, most would say that you haven't even hit your prime yet.

At that age, to be doing what Nadal is doing on tour is exceptional. Can he only get better? Most certainly. It's only a matter of time before greatness could legitimately be brought into the conversation.

NO: He's Just Not There Yet 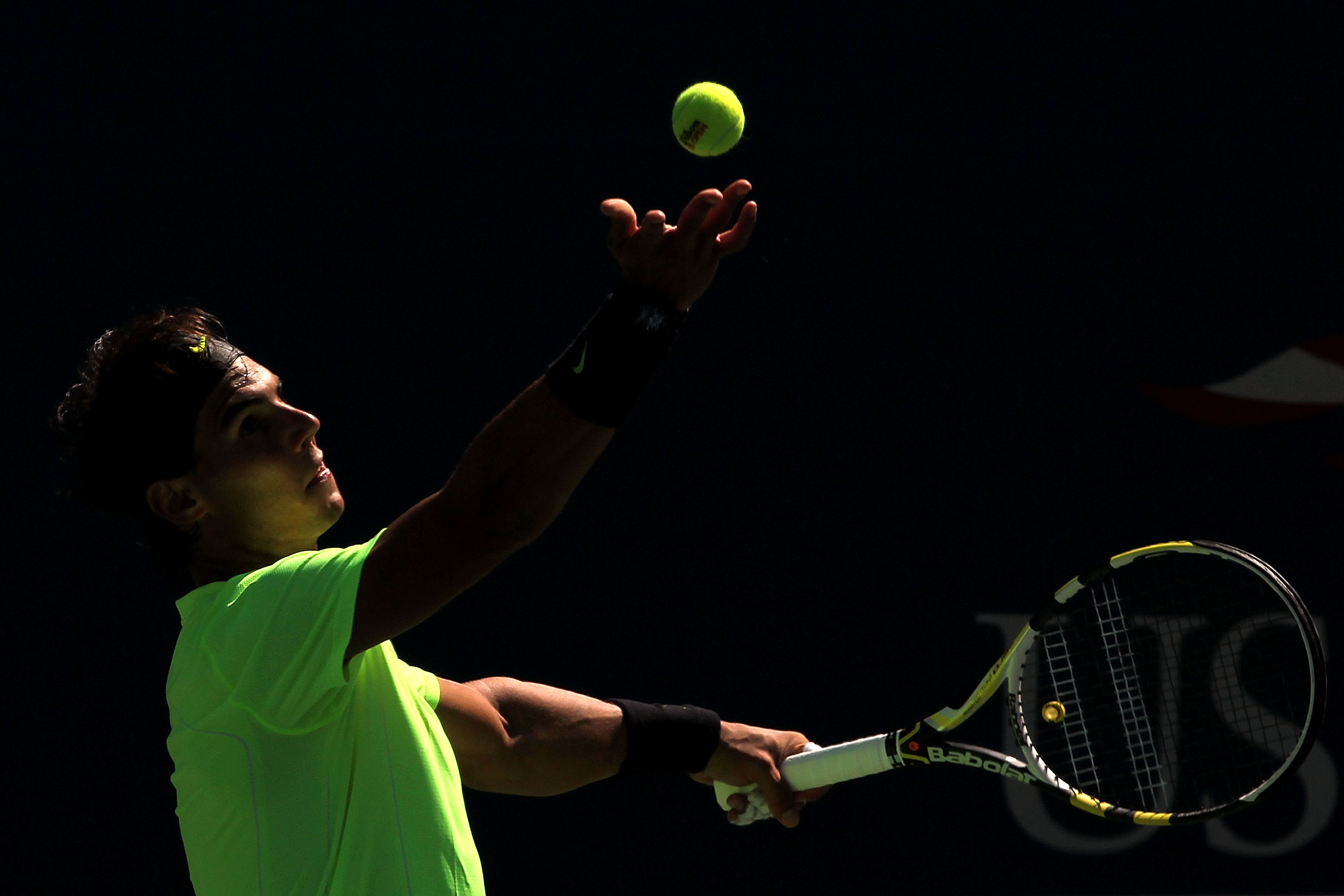 To answer the ultimate question, is he the greatest ever with a win at the US Open? The answer to that is no. At least not yet.

He's a long way from Federer and an even longer way from Sampras.

There are too many names out there that he hasn't quite reached yet. Does he have the potential to get there? Most certainly. But it wouldn't be fair to the greatest players of the sports' history to already proclaim a 24-year old the greatest ever.

There's too much tennis to be played and still a lot to be learned by young Nadal.

Greatness is right around the corner, but he hasn't earned it...yet.