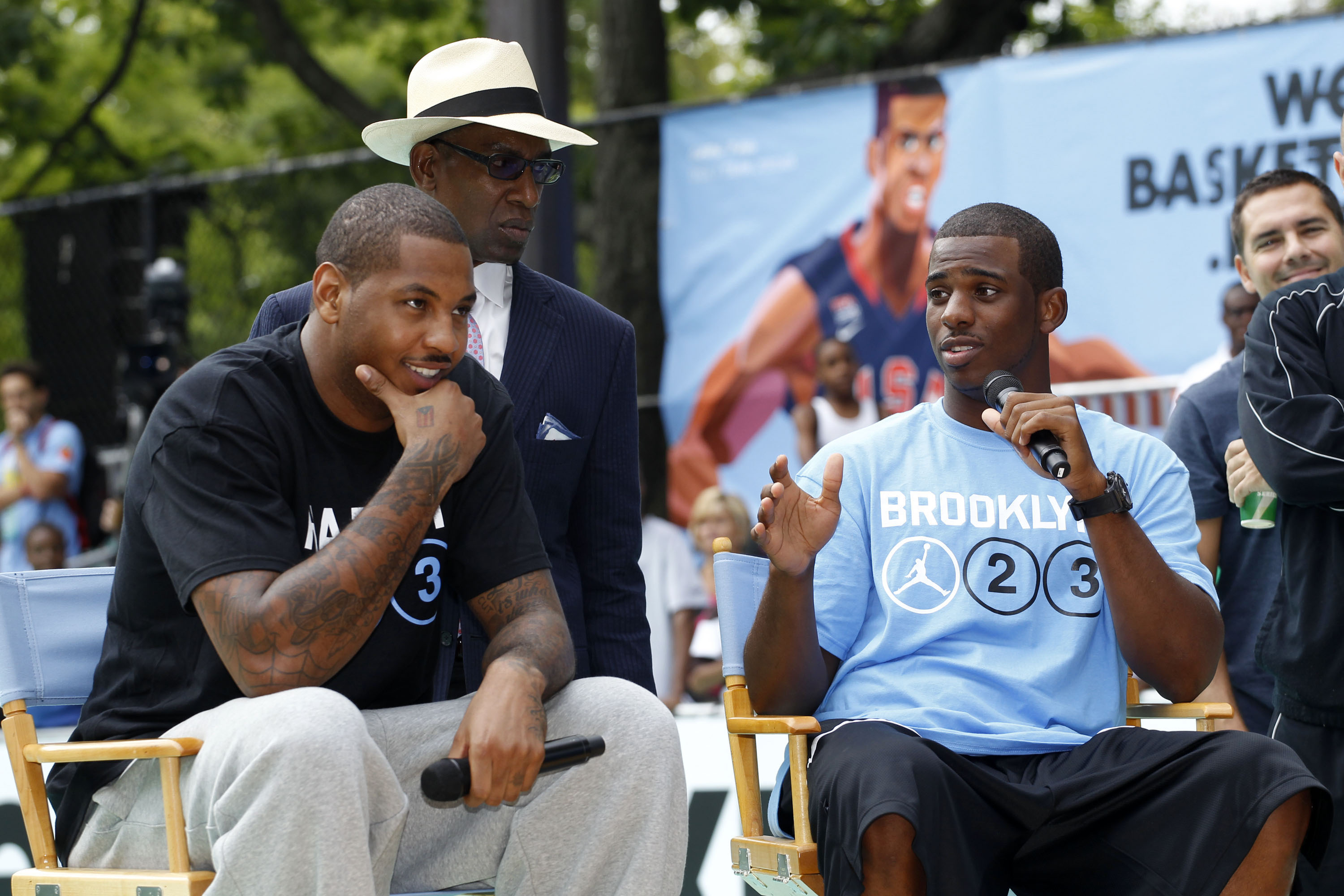 From Amare Stoudemire heading to the Big Apple to LeBron making "The Decision," this has been one of the most exciting offseasons in the history of the game.

The newly formed Heat have opened a window for superstars around the league: all superstars in need of a championship now must be tempted to form their own "Big Three."

With that said, the biggest question for next year's offseason is where Chris Paul and Carmelo Anthony will end up, depending whether each decides to leave his current team.

Though Paul and Anthony won't be hyped as much as LeBron, Amare, and Chris Bosh, they could still make huge impacts for any team that may decide to make the next big move.

Because Paul is in a worse situation than Anthony, I'd anticipate that he has more of a desire to leave his team and could easily see him leaving a run-down New Orleans' team after another horrible season.

The team that manages to pick up Chris Paul next season won't find a more solid guard in the league; the move could put a team in the driver's seat to become contenders.

Here are the top five teams that could potentially pick up Chris Paul and that could also have a chance at being contenders in the 2011-2012 NBA season. 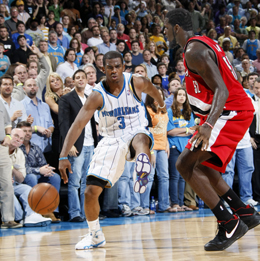 When you have one of the richest owners in the league, anything is possible.

The Portland Blazers head into the 2010-11 NBA season as arguably the best second-tier team in the league, but for the last couple of years, the Blazers' biggest weakness has been at the point guard and center positions.

Who knows what they could do if they added one of the best guards in the league, Chris Paul?

Now I'm not saying that Andre Miller didn't do well, because he had a decent season with the Blazers, but most Blazers' fans would agree that they need someone new. If the Blazers can manage to get rid of Rudy Fernandez and Andre Miller by next season, Paul is a legitimate possibility.

Because Paul has decided to stay in New Orleans for at least this year, we don't yet have a sure idea of where he may want to go. Paul's style of play would fit with any team, but the Blazers could be a perfect fit for both parties.

If Paul does decide to come to the PDX, joining Brandon Roy, LaMarcus Aldridge, Marcus Camby, and a rising Nicholas Batum, the Blazers would become a legitimate contender in the 2011-12 NBA Season. 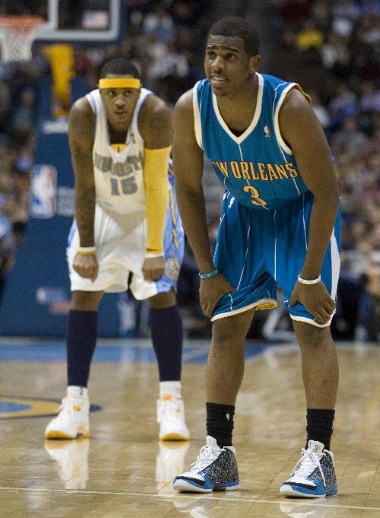 After "The Decision," every NBA fan wants to see other superstars join forces to make their own superteam.

The beauty about this scenario is that the Nuggets could create the most dynamic duo since Shaq and Kobe with only one player having to leave his team. If the Nuggets could somehow manage to trade Chauncey Billups and get rid of some players to clear cap space, Chris Paul could come in and instantly contend for an NBA Championship with 'Melo.

I know it's a long shot, considering the Nuggets don't have the kind of money right now to do so, but anything could happen.

It would be a very good situation for both players—especially Anthony—and sometimes a happiness can be the deciding factor in a deal. 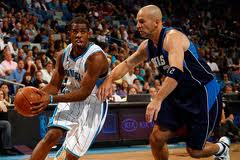 As a Mavericks' fan, it has to be frustrating to see your superstar try and win all by himself, year after year. We all know that the Mavericks are one more star away from being contenders: Chris Paul could be that guy.

Paul and Dirk Nowitzki could be a perfect match, like peanut butter and jelly.

If Dallas ran a pick-and-roll type offense with Dirk and Chris, the two would be unstoppable. With Dirk being a shooter and Chris being a play maker, we could see a pick-and-pop type situation for the Mavericks in the 2011-12 NBA season.

Now the biggest question is, once again, can they afford Paul?

Well, I'd bet that Mark Cuban would do anything to get Paul to come to Texas. The only change that the Mavericks would have to make would be Jason Kidd.

Kidd has been on the decline for awhile now. But if the Mavericks could somehow manage to keep both him and Paul, Kidd would be the best backup in the league and this team would be dangerous.

With that said, this will all depend on Chris Paul himself. If he wants to take chance with the Mavericks, Cuban could make it work and the Mavericks would not look back. 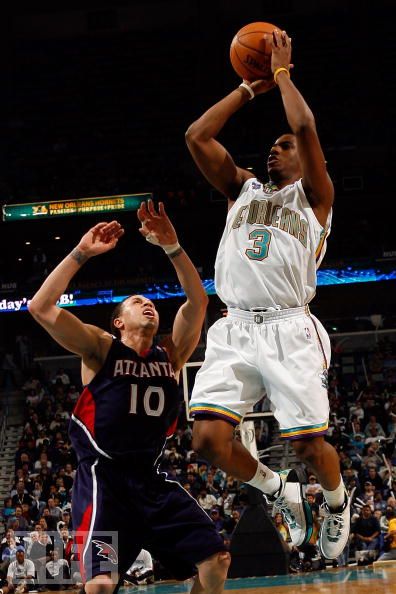 Every year, it seems, the Hawks make the playoffs but can't manage to win any series.

The problem with the Hawks is that they don't have that one guy who can take over a game by himself. The Hawks would be built to win championships if they could get someone like Chris Paul, who can lead their team day in and day out.

Now let's pretend that the Hawks could afford Paul and the deal happens. This would most likely mean that someone like Mike Bibby would be gone, along with some other players.

If the Hawks manage to get Paul, they will not regret it at all; Chris Paul could potentially make this team the No. 2 contender in the East, next to the Heat. If those two teams matched up in the playoffs, I guarantee it would be a great series.

Overall, the Hawks may be the best fit for Chris. The Hawks have good role players, good shooters, and a young team; for someone like Chris Paul, that is all he needs to be successful. 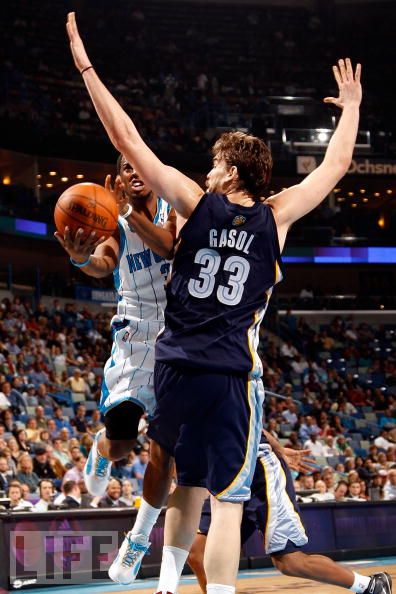 The Memphis Grizzlies are one of the up-and-coming teams in the NBA. They have talent out of the roof; all they are missing is a good point guard.

Though Mike Conley has had a couple of decent seasons, he obviously isn't be anywhere as good as Chris Paul.

Imagine the Memphis Grizzlies with Chris Paul: I mean, they already have Rudy Gay, O.J. Mayo, and Marc Gasol. This team would be straight dangerous with Paul at the point.

This team could contend for multiple years with Paul on their roster.

With Gasol and Paul, they could run a pick-and-roll. The two could be the next Stockton and Malone. Gasol's mid-range jumpers give the Grizzlies many options to work with, but with a playmaker like Chris Paul, a pick-and-roll may be all they need.

Overall, Chris Paul would be a great fit for the Grizzlies. If they can manage to afford Chris, watch out NBA—the Grizzlies may be on their way to their first title. 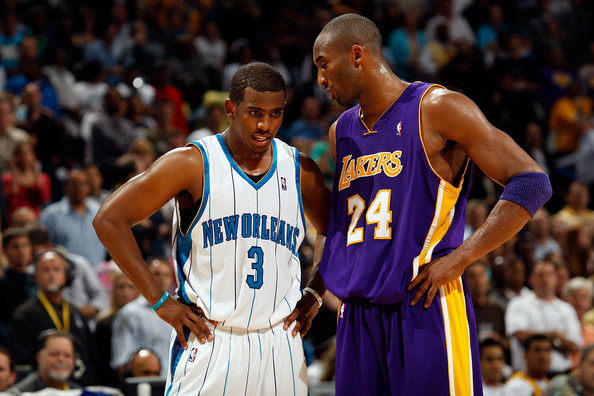 Now, I know I said this would be a list of five teams, not six, but I couldn't resist the thought of Chris Paul coming to the Lakers.

Chris Paul would fit right in with the Lakers and we all know what would happen, so let's not get into that.

The sad thing is, this most likely can't happen unless the Hornets are willing to give up Paul for Sasha Vujacic, so this won't happen.

I just wanted to add a little surprise possibility that is always somewhat possible with the Lakers.