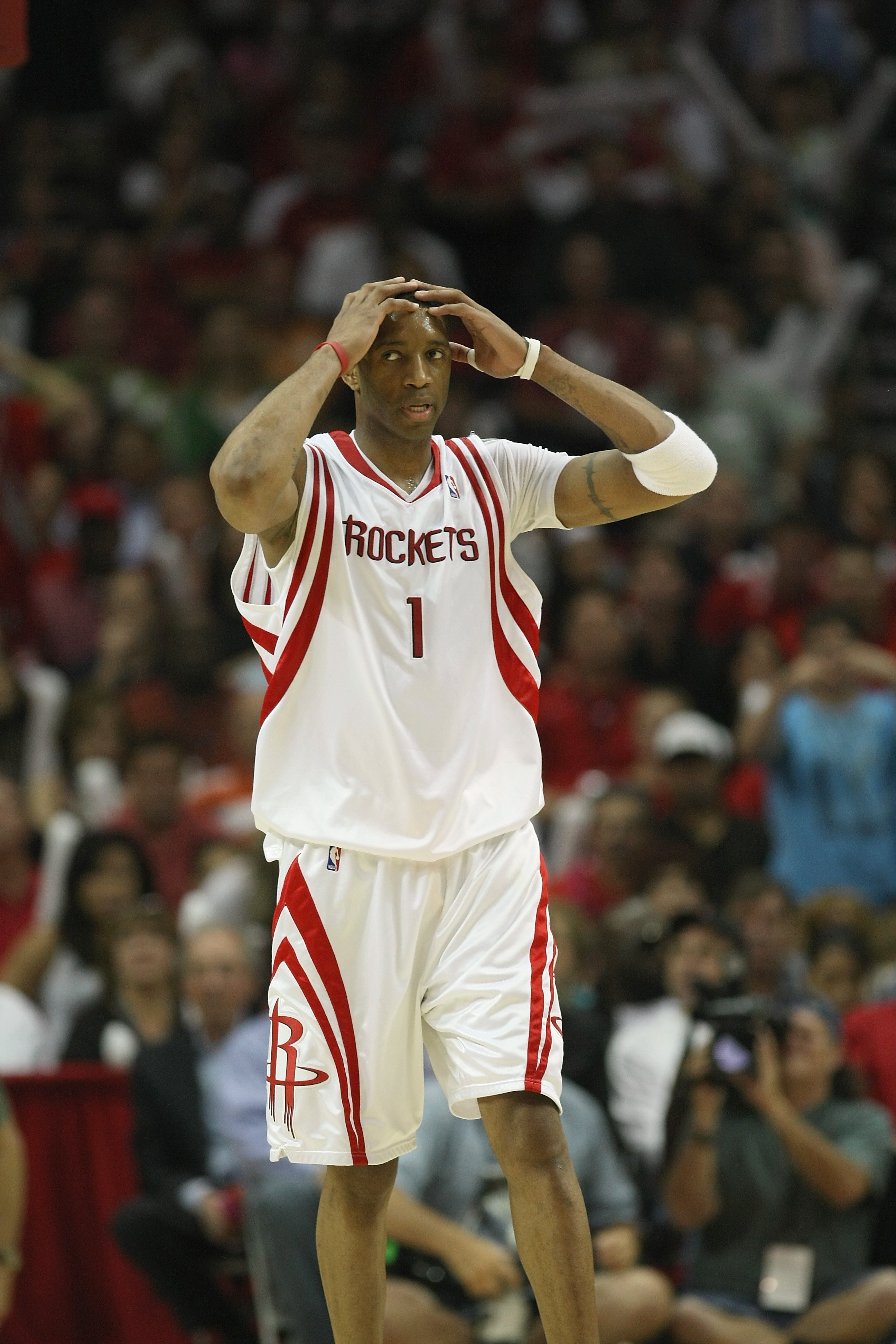 Tracy McGrady. That name means so many things to basketball fans: injury prone, former star, second round virgin, 13 in 35. I am going to explore how and why he got these names. 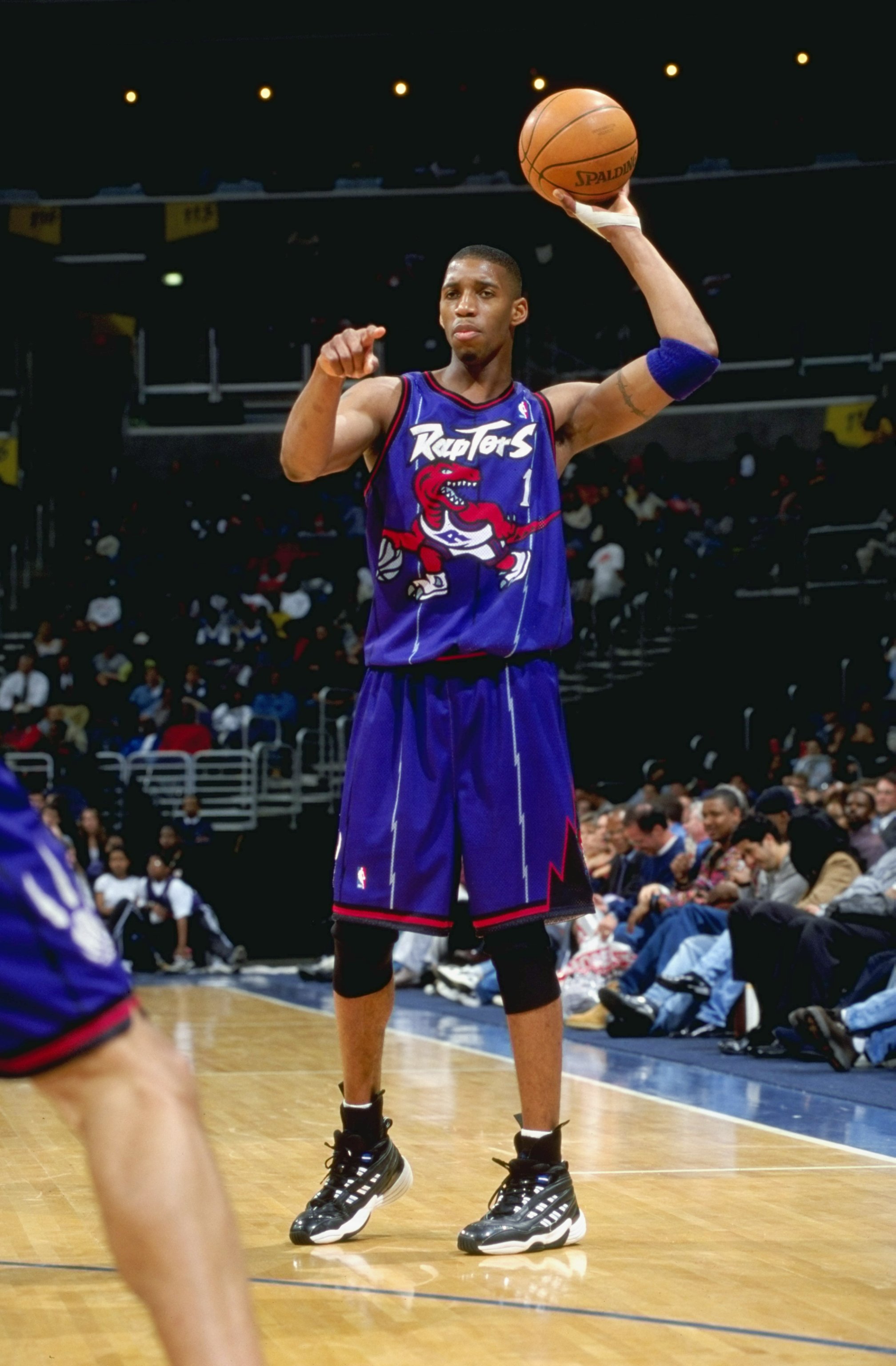 T-MAC was taken ninth overall by the Raptors in the 1997 NBA draft. In his first season, he averaged seven points per game in 64 games.

McGrady's distant cousin Vince Carter was traded to the team, so he and McGrady formed a very effective 1-2 punch. In his second season, McGrady averaged 15.4 points along with 1.9 blocks, and started in 34 out of 79 games.

In his third season he and Vince led the Raptors to the first playoff berth in franchise history. They were then swept by the Knicks in the first round. 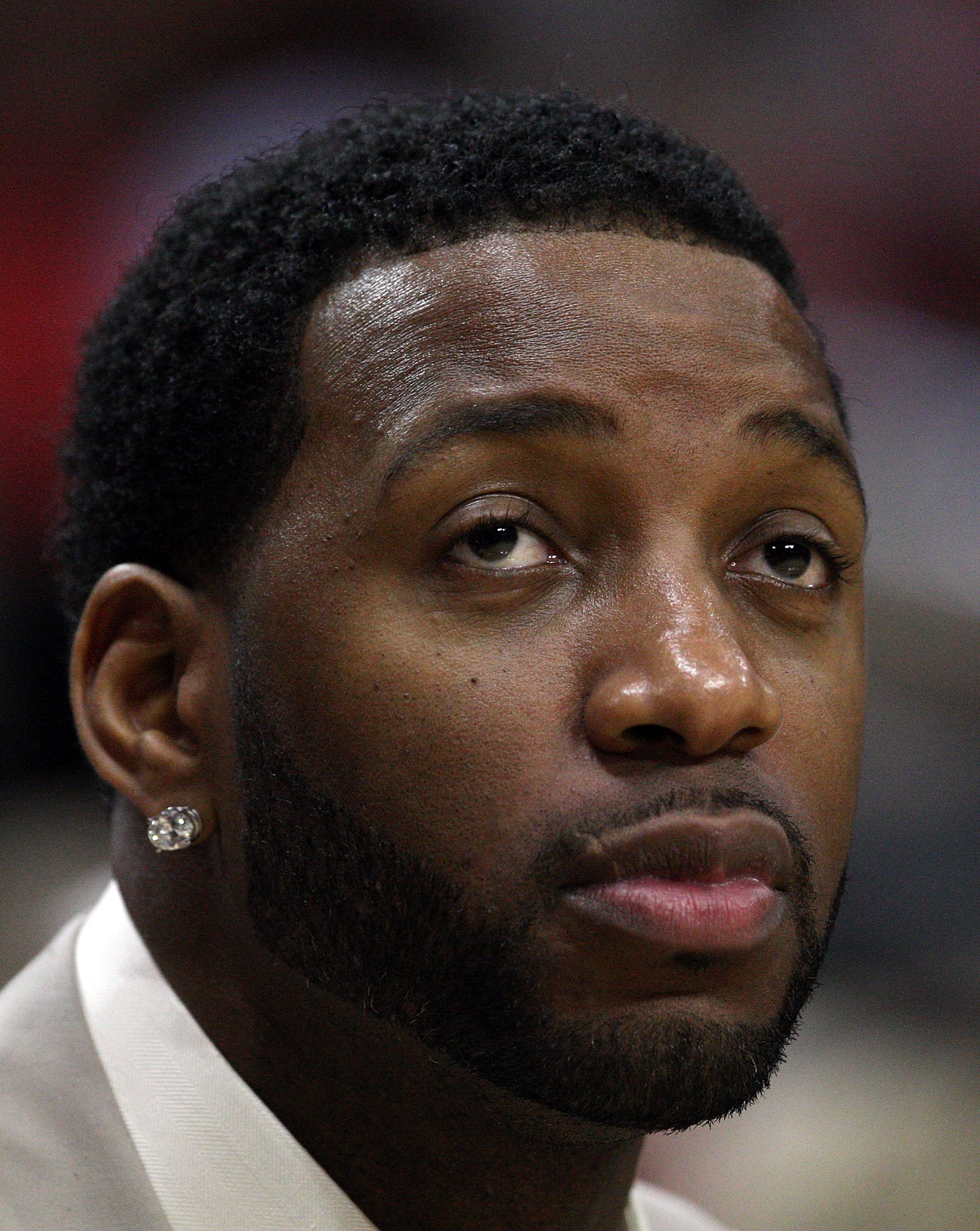 At the end of the '99-00 season, T-MAC was a free agent. He showed interest in the Magic and enjoyed playing in front of his family and friends in Florida. So the Raptors made it happen, McGrady was traded to the Magic on August 3, 2000 for a first round draft pick. 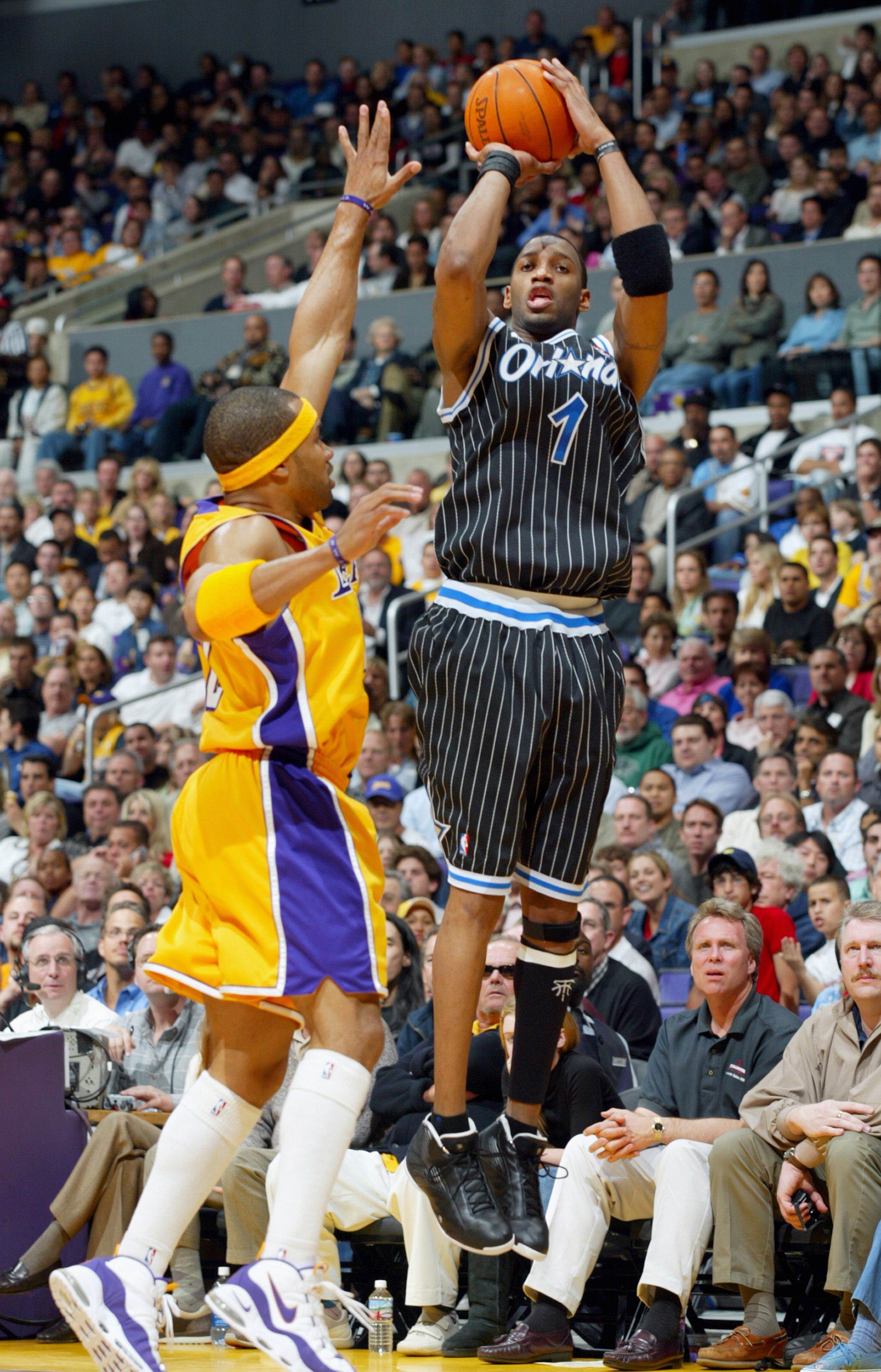 Grant Hill was also acquired to play beside McGrady, but Hill was limited to four games in the '00-01 season because of injuries. As a result, McGrady became the team's No. one scoring option and an All-Star for the first time. He also won the league's Most Improved Player award. McGrady and the Magic were beaten in the first round by the Milwaukee Bucks.

In '01-02, the Magic lost in the first round again to the Charlotte Hornets.

In '02-03, McGrady averaged 32.1 points per game to capture the NBA scoring title, becoming the youngest player since the NBA-ABA merger to do so. They took a 3-1 lead on the No. one seeded Pistons, but lost three games in a row, Once again, McGrady and his team were knocked out in the first round.

In '03-04, McGrady captured the scoring title again averaging 28 points per game and scoring a career high 62 points against the Washington Wizards. 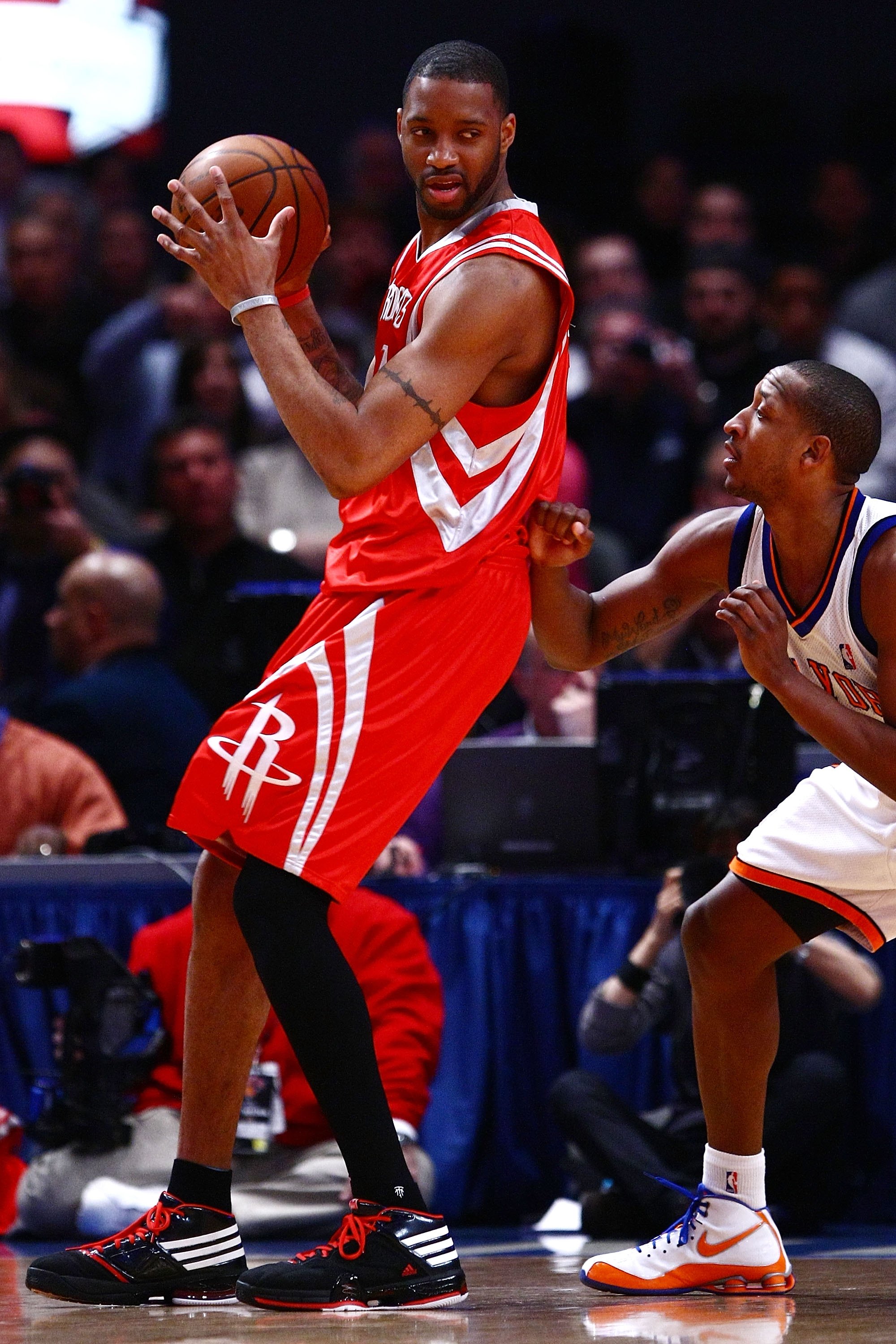 On June 29, 2004 McGrady was traded to the Rockets. Now he was teamed up with the most dominant center in the game, Yao Ming. On December 9th, 2004, McGrady scored 13 points in 35 seconds against the Spurs (http://www.youtube.com/watch?v=ceLlz7dOOvY). McGrady was once again knocked out in seven games in the first round of the playoffs against the Dallas Mavericks.

In '05-06, McGrady had an injury-plagued season, missing 17 games. They did not make the playoffs.

The next year was marred by even more injuries, McGrady had to be treated for back spasms and missed seven games. They lost in the first round of the playoffs.

In '07-08, McGrady led the Rockets to 22 straight wins, which is the second longest streak in NBA history (10 of these games were without Yao). Nevertheless, they lost in the first round to the Jazz in six games.

In '08-09, McGrady announced he would have micro fracture surgery and would miss the rest of the season. He played in only 35 games that season.

In '09-10, McGrady came back to the Rockets and played in six games 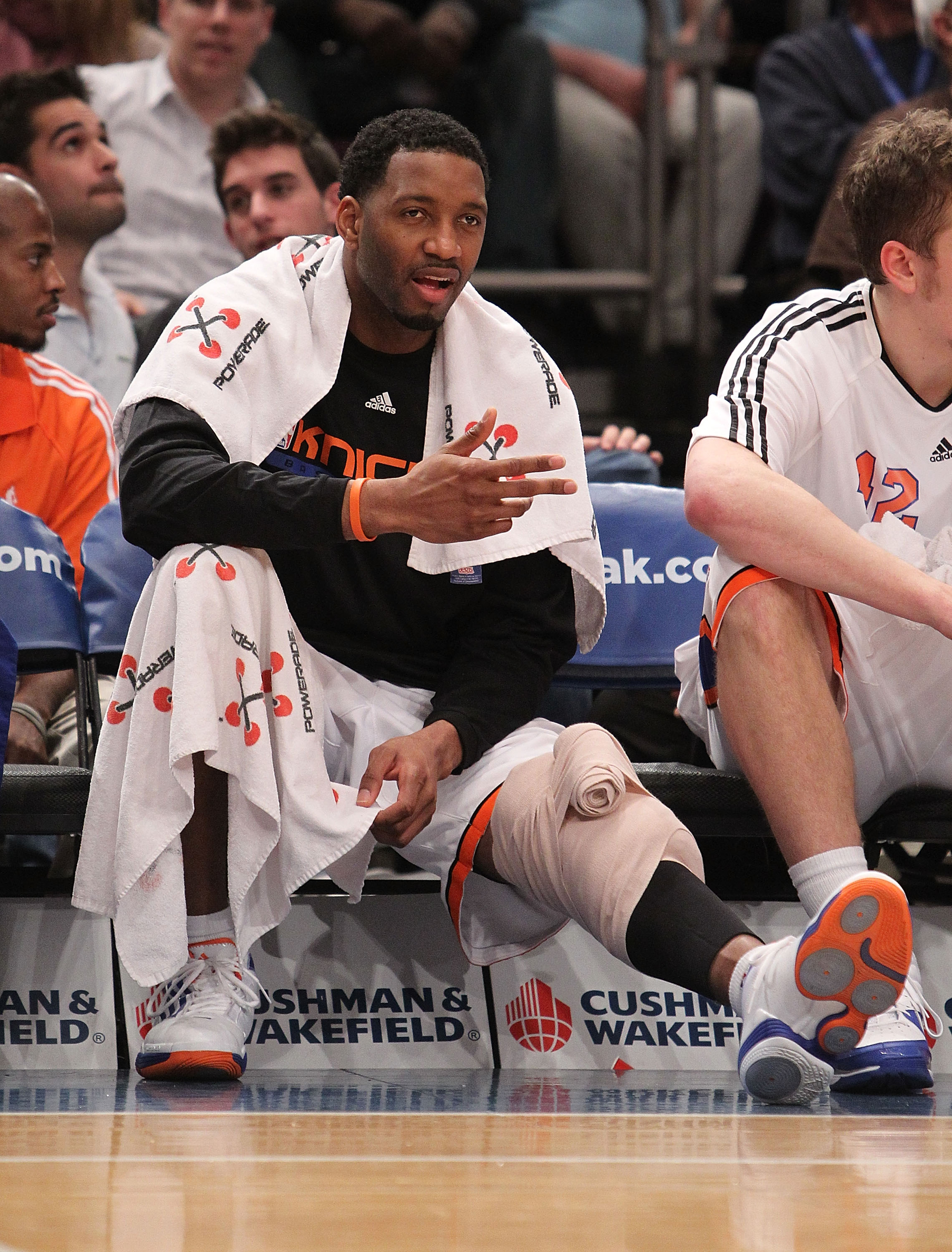 He was traded to the Knicks on Febuary 18, 2010. In his debut game he scored 26 points, snagged four rebounds, and had five assists in 32 minutes of play as the Knicks lost in overtime. 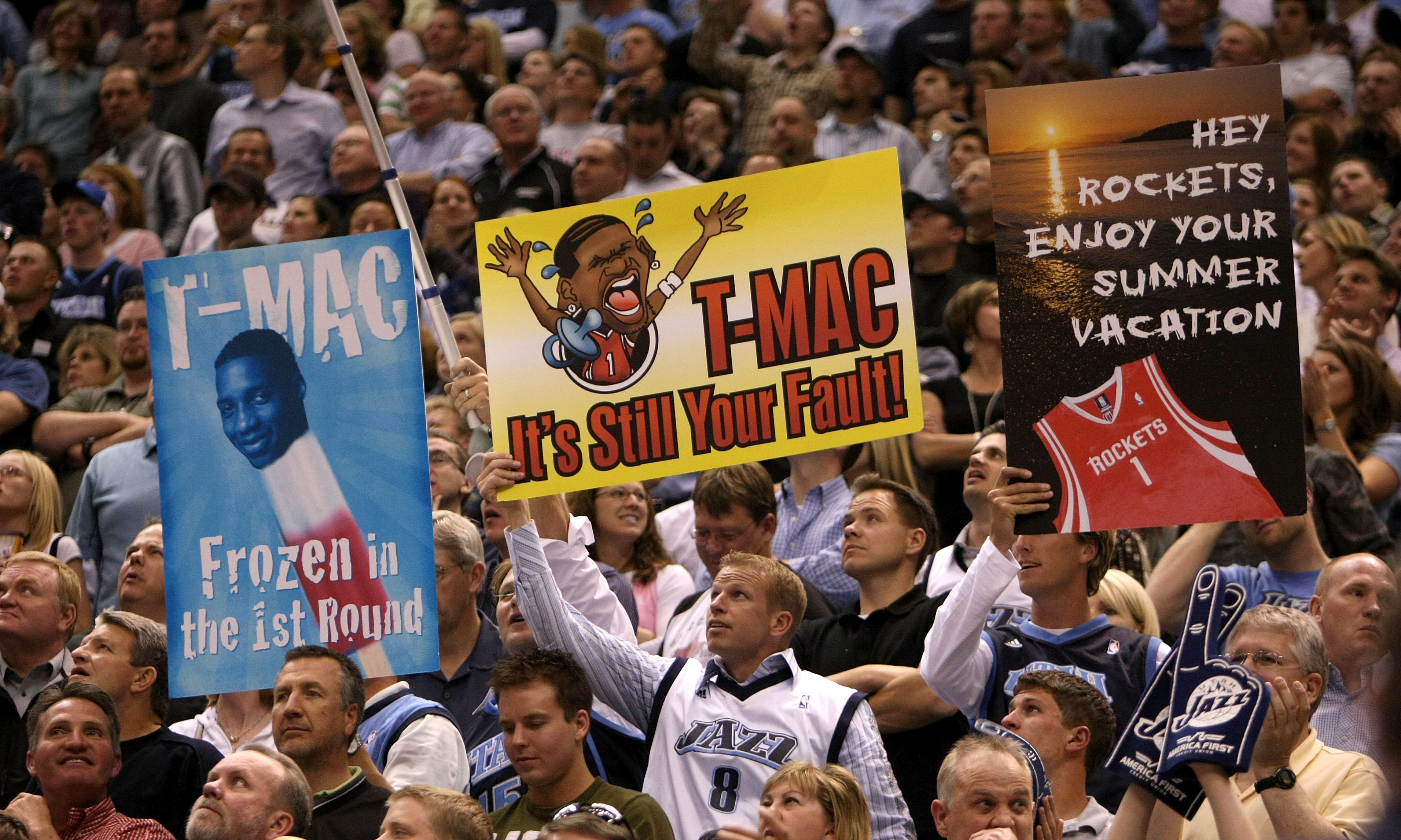 The Detroit Pistons signed McGrady on August 16, 2010 to a one-year contract. McGrady will be the backup small forward. 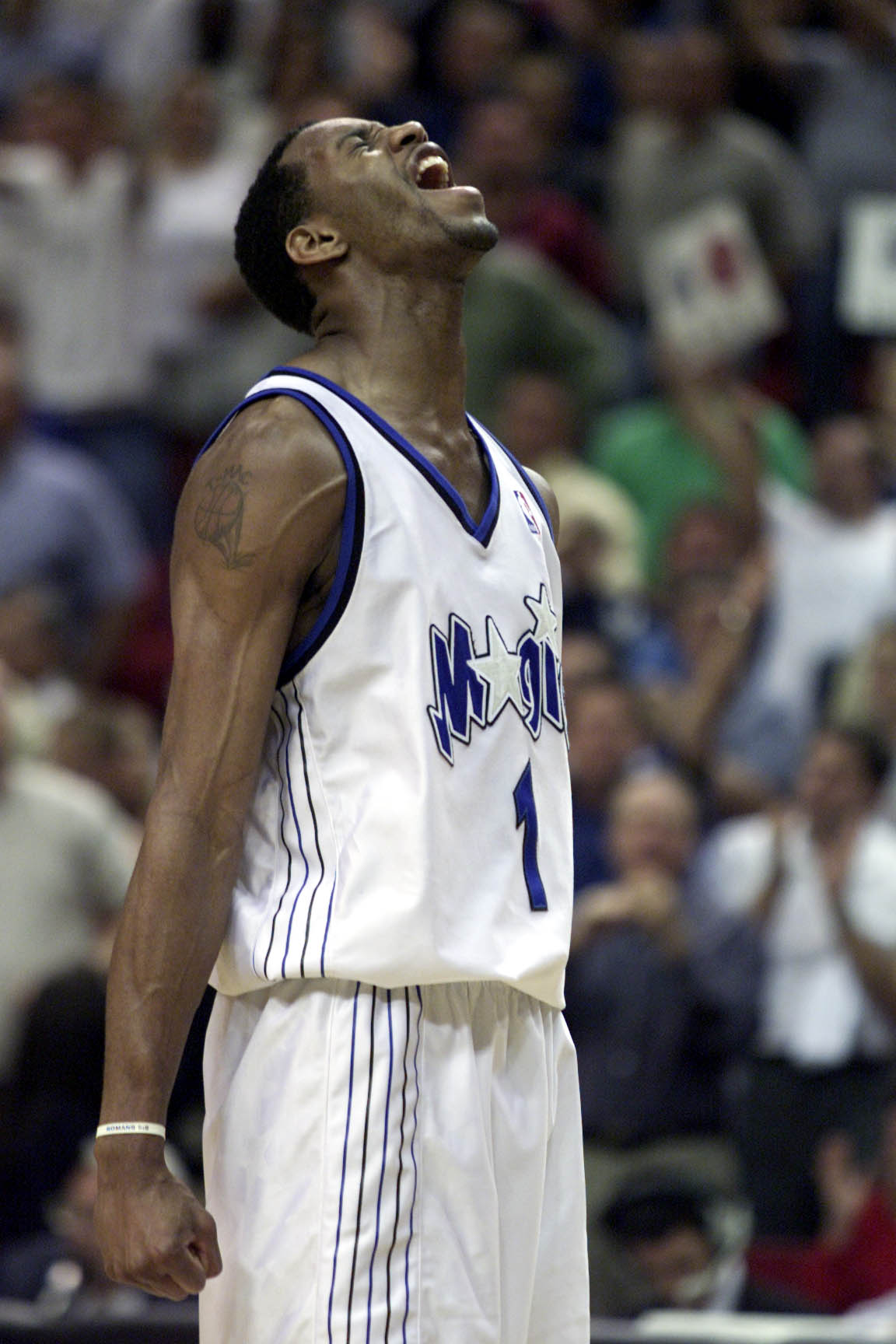 Tracy will go down in history as the second round virgin; that guy who is always hurt; and the former 23 million dollar man.

Here are his career achievements thus far: seven-time All-Star, two-time scoring champion, two-time all NBA First team, three-time all NBA Second team, and two- time all NBA Third team. Some argue that McGrady was a better scorer than Kobe. He might have gone down as one of the best scorers in NBA history.

If only he haden't gotten hurt....