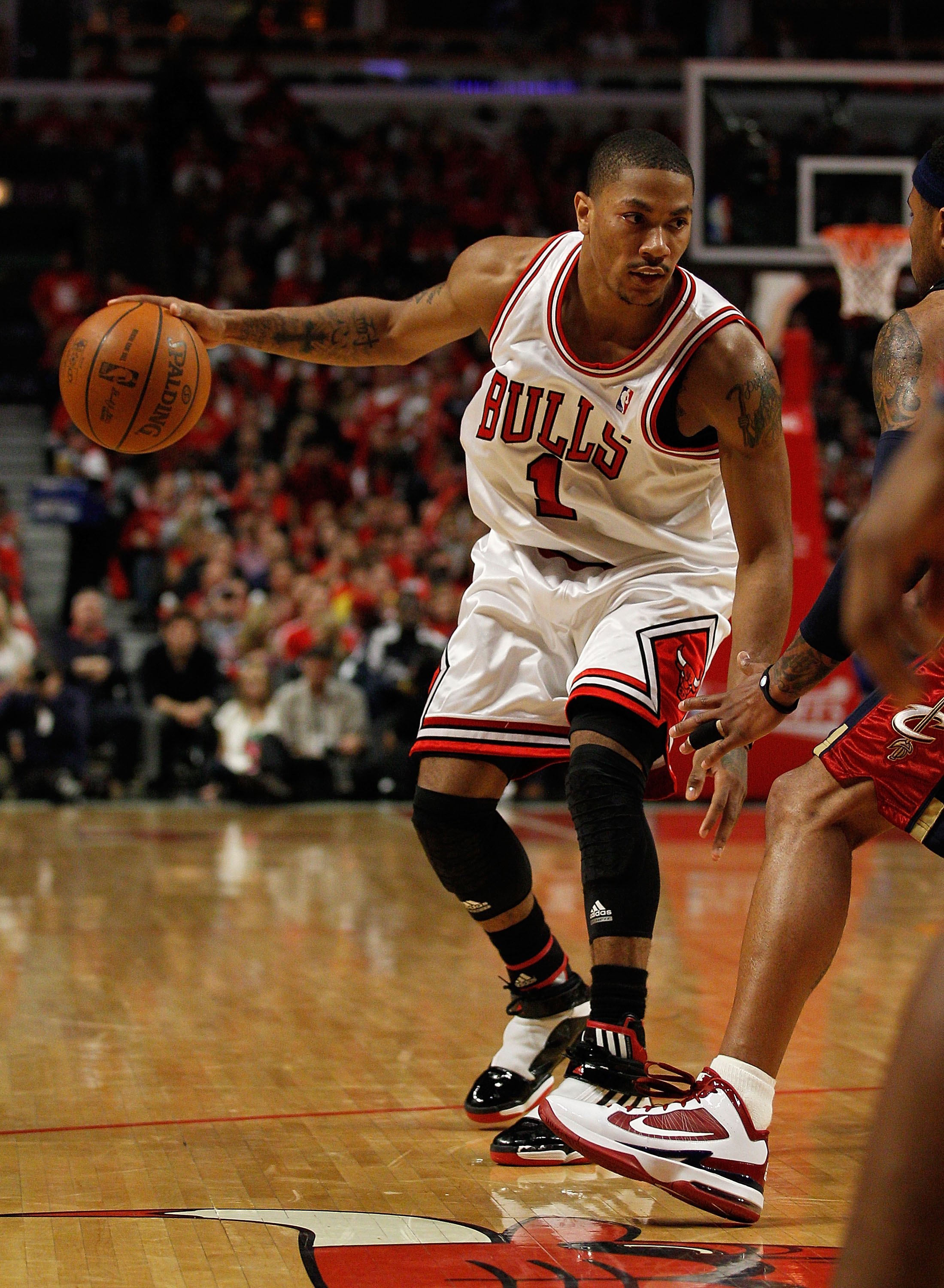 Every season there are a handful of young players ready to take their game to the next level. Some may not have had a chance to realize their talents for various reasons.

Being a young player on a playoff-caliber team stacked with veterans obviously presents its own challenges, and sometimes a given player just needs time to mature and work on his weaknesses.

Foreign players need a chance to adapt to a different style of basketball and different surroundings, while often communicating in their second or third language.

There are also a handful of coaches and teams which, for whatever reason, fail to develop young talent or even give them a fighting chance at success. Are you listening, Larry Brown and Don Nelson?

Here are five young players ready to have a breakout season, and take the league by surprise. 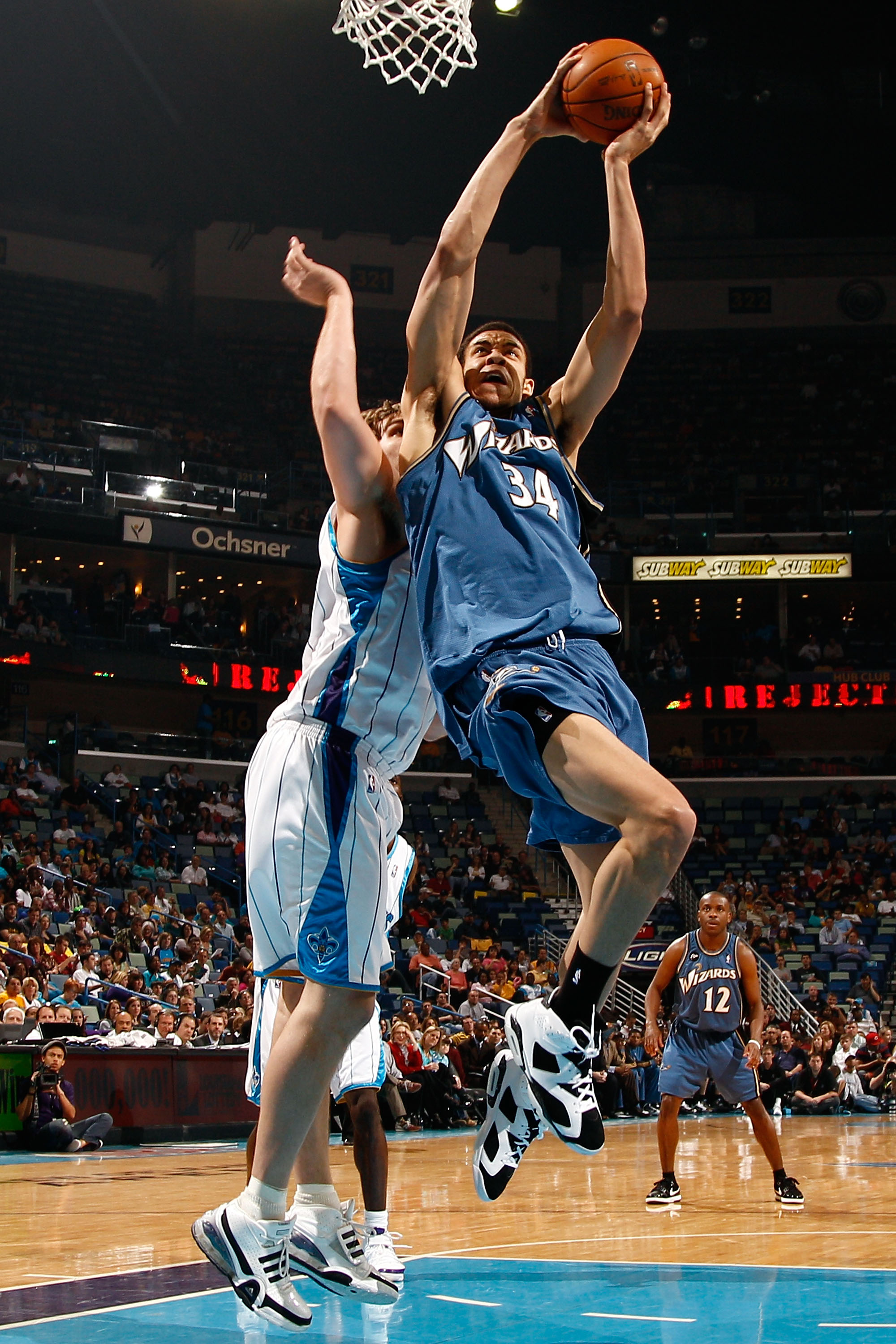 It is still to be seen what, if any, role Gilbert Arenas will have with this team. But Wizards fans, there is hope.

The top pick in this past NBA Draft, John Wall, will not disappoint. Andray Blatche, Josh Howard, YI Jainlain, and Kirk Hinrick will provide a talented, yet unproven, supporting cast. But the guy Wizards fans should be most excited about, who is taking his game to the next level and contributing on a more regular basis, is JaVale McGee.

In looking at the history of big men developing in the league, it takes time for them to find their niche. There have been a handful of centers who have taken the league by storm in their first few years: Shaq, Dwight Howard, and Tim Duncan being the latest examples. They are the exception, not the norm.

The learning curve for power forwards and centers has always taken longer. Chris Kaman and Andrew Bogut are recent examples of this. In their first three years in the league, the thought of playing in the All-Star game was a mere pipe dream, yet they are now widely considered two of the top ten centers in the world.

At 22 years of age, fresh off a summer of competing for the National Team until being inexplicably dropped from the roster before the team headed across the pond, I expect big things from McGee next season.

His size, length, quickness, and shot-blocking ability make for a potentially scary combination on the defensive end. He is still raw on the offensive end, but has shown improvement. He has a nice little baby-hook, and is getting better at finishing dump-off passes in the paint.

He will only get better looks at the basket with the penetration of John Wall, and the continued development of Andray Blatche. 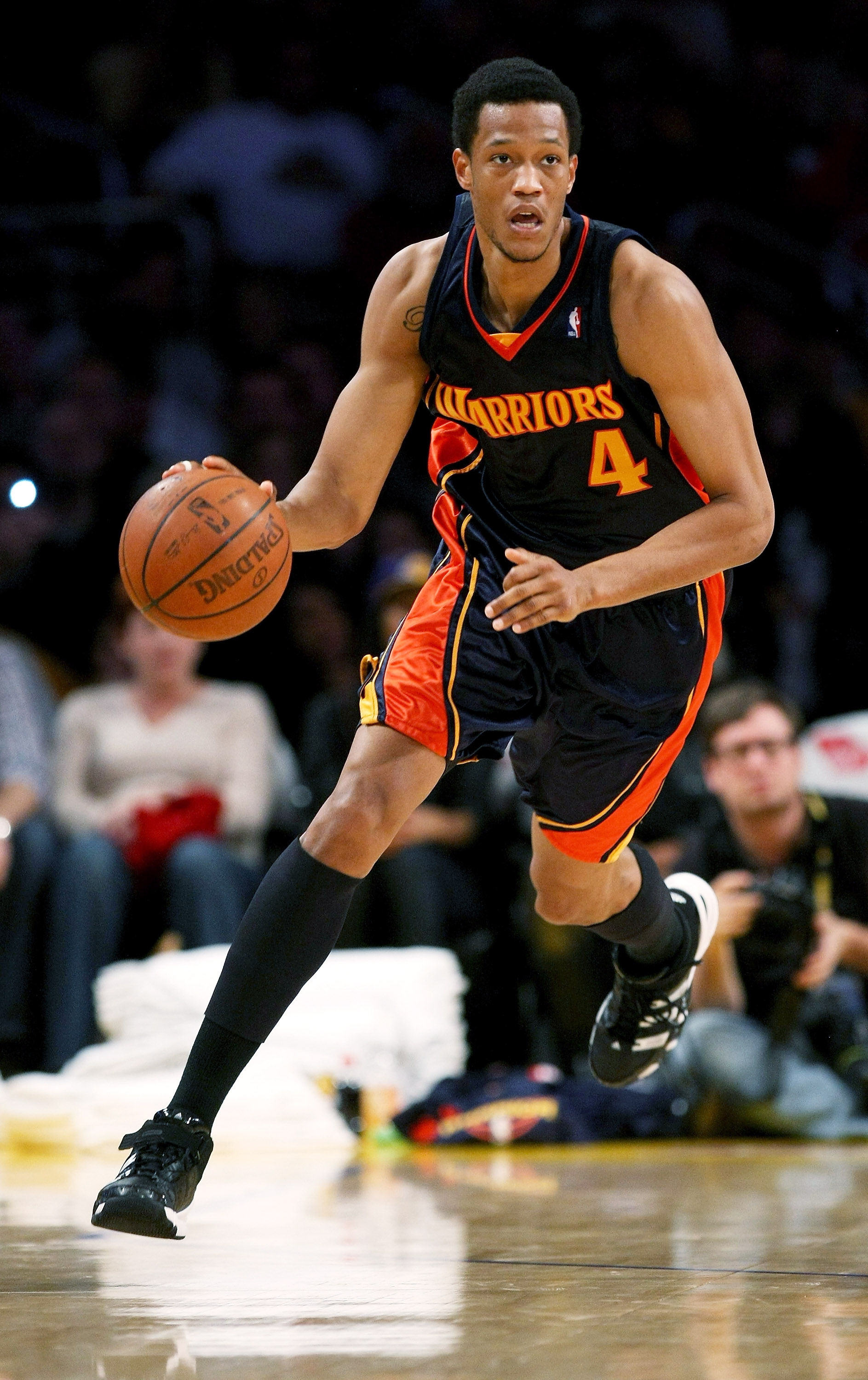 The inability of the Warriors to develop such a promising young talent is another example of the sad state of this franchise. New ownership should definitely provide hope going forward, along with David Lee joining the likes of Monta Ellis and rookie stud Stephen Curry.

But mark my words, the Golden State fan base will regret the organization's decision to trade away such a talented young player without having given him a chance to succeed.

New York fans, rejoice! Your Knicks have acquired one of the most talented 21 year old forwards in the NBA. His performance in the 2009-2010 Las Vegas Summer League seems like a far too distant memory. He was arguably the most impressive young talent on the Strip that summer, which was highlighted by a 42 point performance, and an invitation to the USA Men’s National Team minicamp.

The talent is there. Always has been. His level of maturity is the question. He played for a coach in Don Nelson who never gave him consistent playing time, and has a reputation for not developing young players.

A change of scenery is exactly what Randolph needed. The only center on the Knicks roster that has a chance of contributing is Ronny Turiaf. Eddy Curry will continue to collect his check in street clothes.

Given Mike D’Antoni’s penchant for a run-and-gun offense, and the fact that he seems to be allergic to teaching anything relating to defense, I could see him throwing out a starting lineup including Amar'e Stoudemire at center, and Anthony Randolph at power forward on opening night.

While this team won’t be stopping anyone with their defense, they should get up and down the court and bring a new level of excitement to the Garden. I fully expect Randolph to be a big part of the equation going forward in New York, and Knicks fans will be drooling over his talent by the All-Star break. 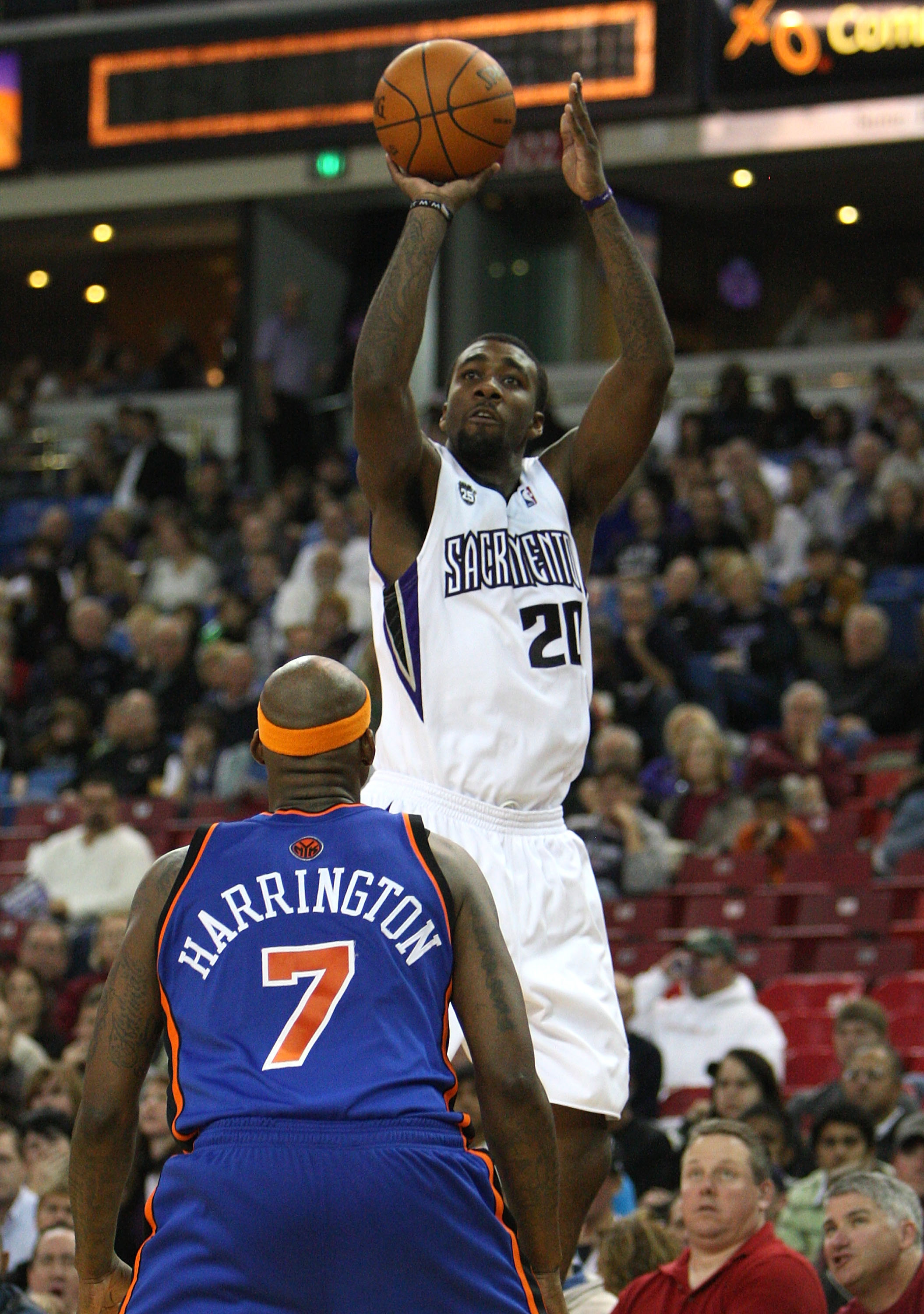 There might not be anyone outside of the greater Sacramento area who has an idea of the amount of talent this young small forward possesses.

His rookie season was a waste playing for lame-duck coaches Reggie Theus and Kenny Natt. Being stuck on the bench behind John Salmons, Francisco Garcia, and Andres Nocioni offered little playing time for Donte during his first NBA season. However, this past season Sacramento fans saw flashes of brilliance, and got their first glimpse of what the future may hold for Donte.

At 6’11”, 230 lbs, Greene is a walking mismatch at the small forward position. He has the ability to shoot the three when his feet are set, as his .337% clip from downtown showed last year, up from a paltry .260% during his rookie season.

His 24 point performance against New York while going 6-7 from downtown was impressive. So was his 31 point effort against Phoenix later in the season. The scariest part for opponents from the flashes we saw last year, is his ability, at 6’11", to handle the ball, beat opponents off the dribble, or hit a step-back 20 ft jumper.

Greene will not be the first or second option for the Kings on offense, with such young talents in Tyreke Evans and DeMarcus Cousins on board. But as a third option, along with Carl Landry and the up-and-coming Omri Casspi, he should fit in nicely and contribute on a more regular basis for the Kings.

One more thing I love about Greene is that he prides himself on defense, and wants to become a lockdown defender. At his height, with the quickness and athleticism to guard opposing shooting guards and small forwards, I expect big things from Donte this year. 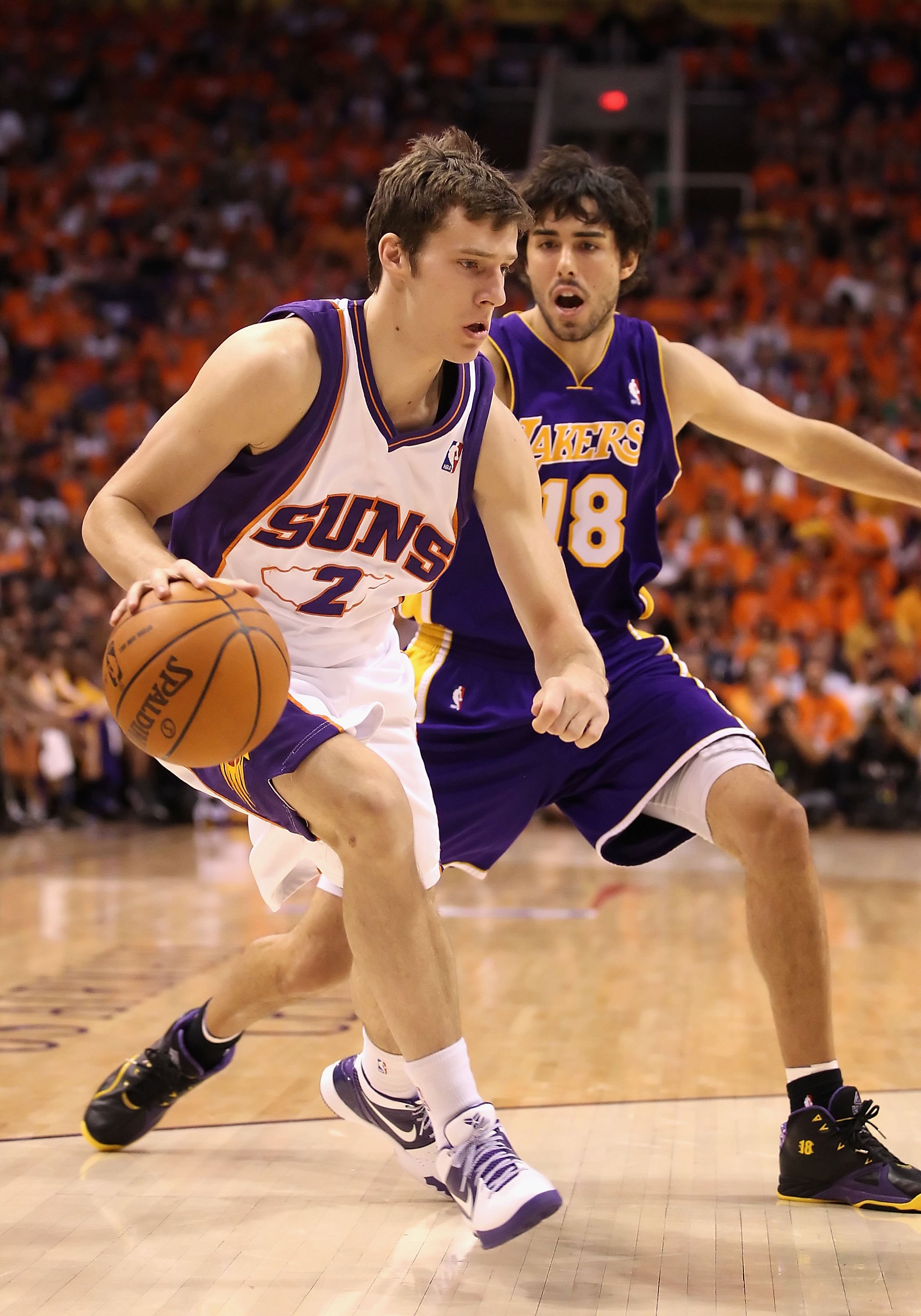 This 6’3” point guard by way of Slovenia is ready to step into a more prominent role for Phoenix this coming season. Dragic has slowly elevated his play over the course of his first two NBA seasons.

With a two-time NBA MVP in Steve Nash as his mentor has truly been a blessing for this young point guard. There were questions around the league last year as to whether or not Dragic would ever develop into anything besides a second or third string point guard.

He effectively put an end to those questions with his 26 point (23 in the fourth quarter) performance on the road in game three of the Western Conference Semifinals. Dragic absolutely torched the Spurs coming down the stretch in the fourth quarter, and there wasn't a thing Greg Popovich, Tony Parker, or anyone else in the building could do about it.

Going into next season, Phoenix will try to rest the aging, but still extremely effective Steve Nash during the regular season. Coach Alvin Gentry has been very vocal in his support of Dragic, and will put him on the court every opportunity he gets.

Dragic is not only the future starting point guard for the Suns, but also is the key to keeping Nash both healthy and fresh come playoff time. Do not be surprised to see Dragic and Nash sharing the court at times next season, as both can penetrate into the lane, as well as hit threes at a high rate.

While Dragic obviously will not get the nod as the starting point guard over Nash, I do expect his minutes to jump up to around 25 per game this season, up from 18 per game last season.

He is deceptively physical, very quick with the ball, has a good jump shot, and has an absolutely ridiculous spin-dribble when attacking the paint, much like Tony Parker. After playing internationally for Slovenia this summer, I expect Goran to come into camp riding high, full of confidence, and pick up where he left off in the playoffs last year. 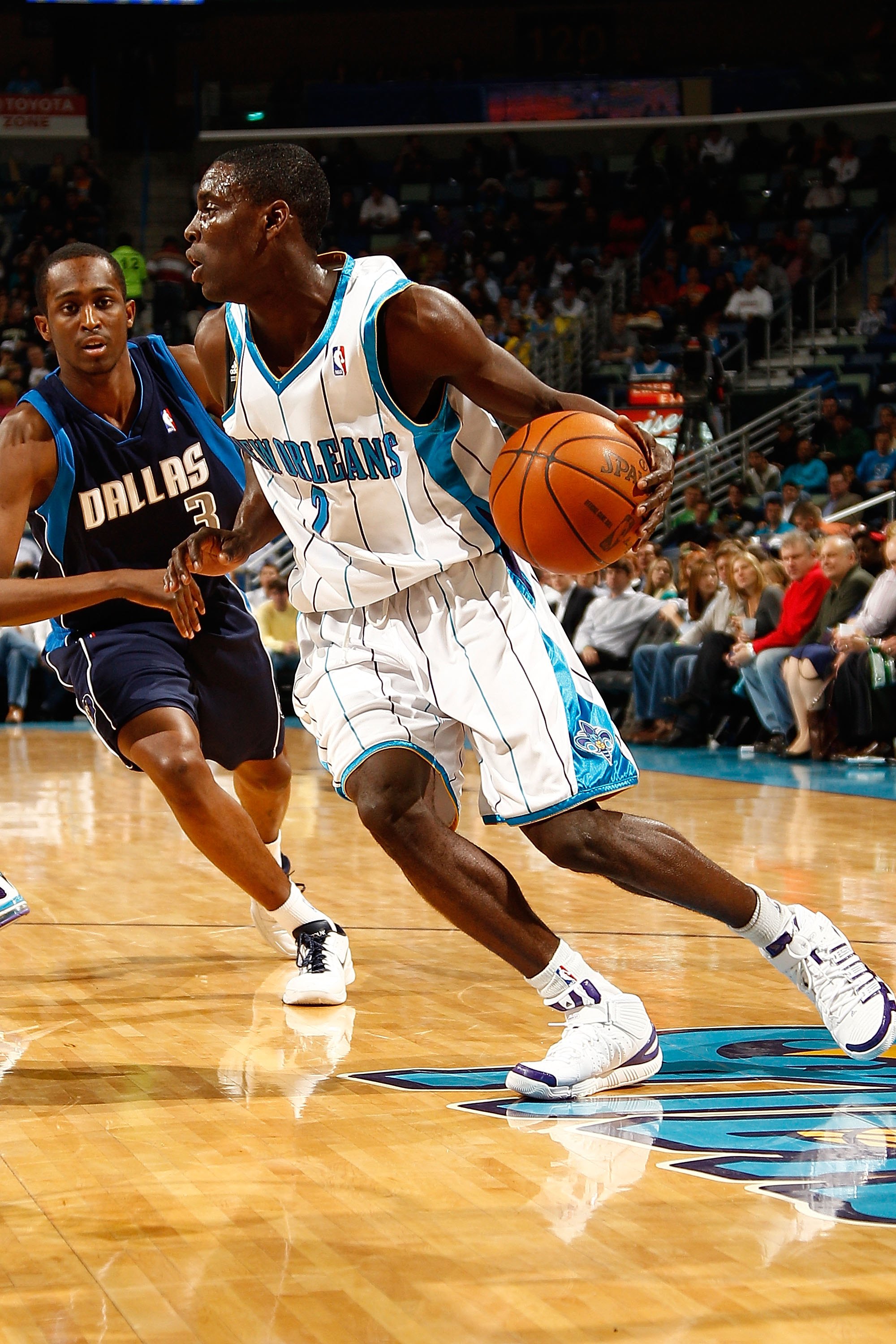 This is probably the least surprising name on this list.

Without a doubt this kid has “star” written all over him. He is oozing talent.  The Indiana Pacers finally got the point guard of their future, and the fans will instantly fall in love with Collison.

I still can’t figure out why New Orleans traded him away, as he was the most talented player on their team not named Chris Paul. At some future point in time, either after Paul’s demand for a trade comes to fruition or he walks for nothing, there will be regret, dismay, and an angry fan base.

Most fans will remember this being the period Chris Paul did not suit up due to injury. The numbers as a starting rookie point guard speak for themselves, and I can’t wait to see what Collison will do knowing the starting point guard spot is his.

Darren could very well develop into an All-Star talent over the course of the next few seasons. He is lightning quick, has excellent court vision, quick hands on defense, enjoys getting his teammates involved, and shoots the three at an incredibly high rate for such a young player—.400%.

He has never played with a wing as talented as Danny Granger, and I fully expect them to turn into a scary duo the rest of the Eastern Conference will have to deal with.

The Pacers will struggle to make the playoffs. I would list them as a dark horse. But with a future All-Star point guard in Darren Collison, an All-Star level player in Danny Granger, and an impressive young center in Roy Hibbert, things are looking up at Conseco Field House.