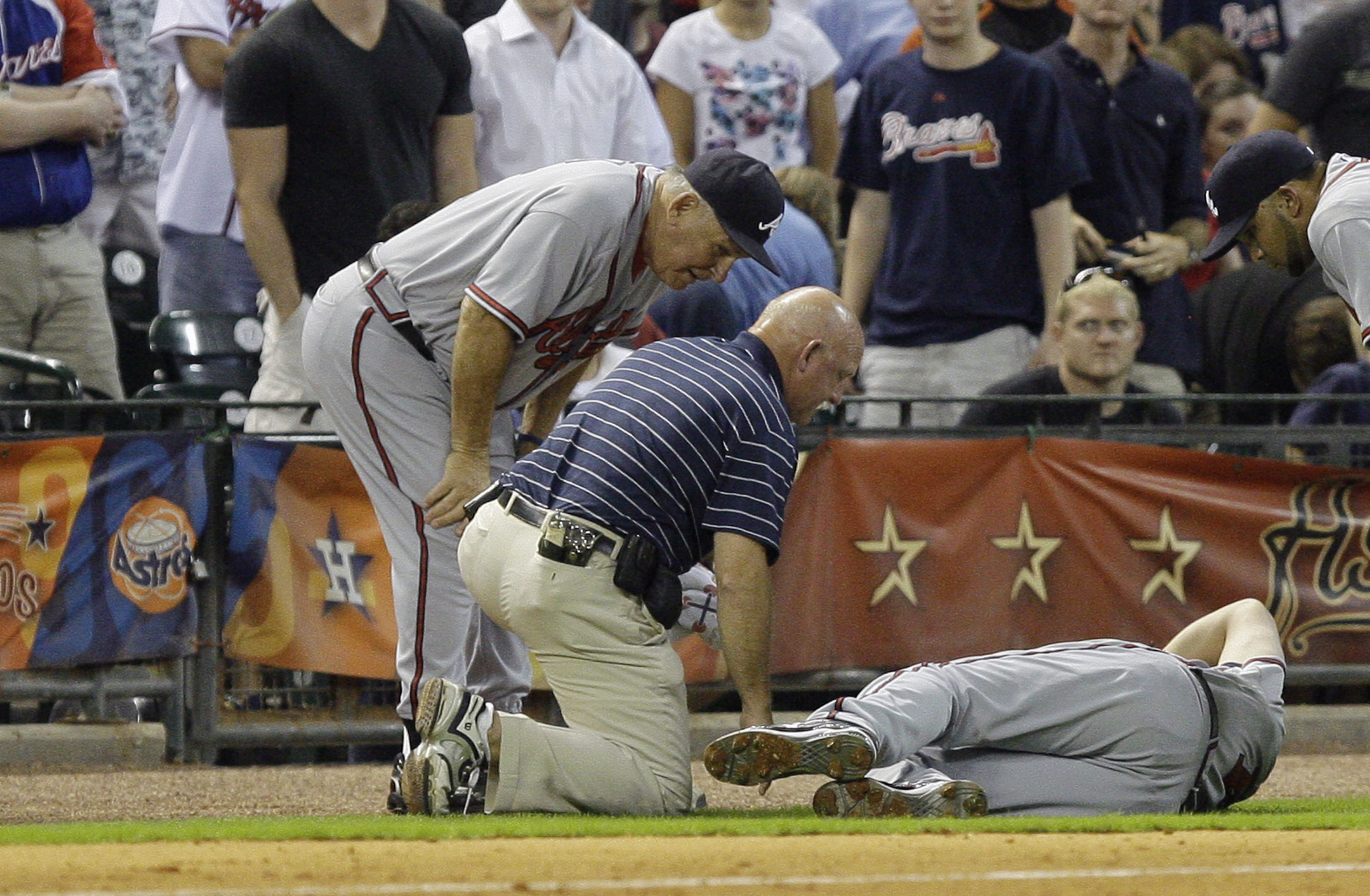 Baseball Hall of Fame Voters are a notoriously fickle group who are difficult to understand. They often find ways to overlook players who are seemingly statistical locks for the Hall, most notably in the case of poor Bert Blyleven, who has appeared on the ballot 13 times without getting the nod.

When the rumor that Chipper Jones' season was over became a reality, his status as a sure-fire Hall of Famer came into question.

Jones, who announced this would be his last season in June, is 38 years-old and might never be healthy enough to play again.

Ironically, the same injury that ended his rookie season in 1994 could end his career.

Will Chipper Jones follow in the footsteps of Ron Santo or Eddie Mathews? 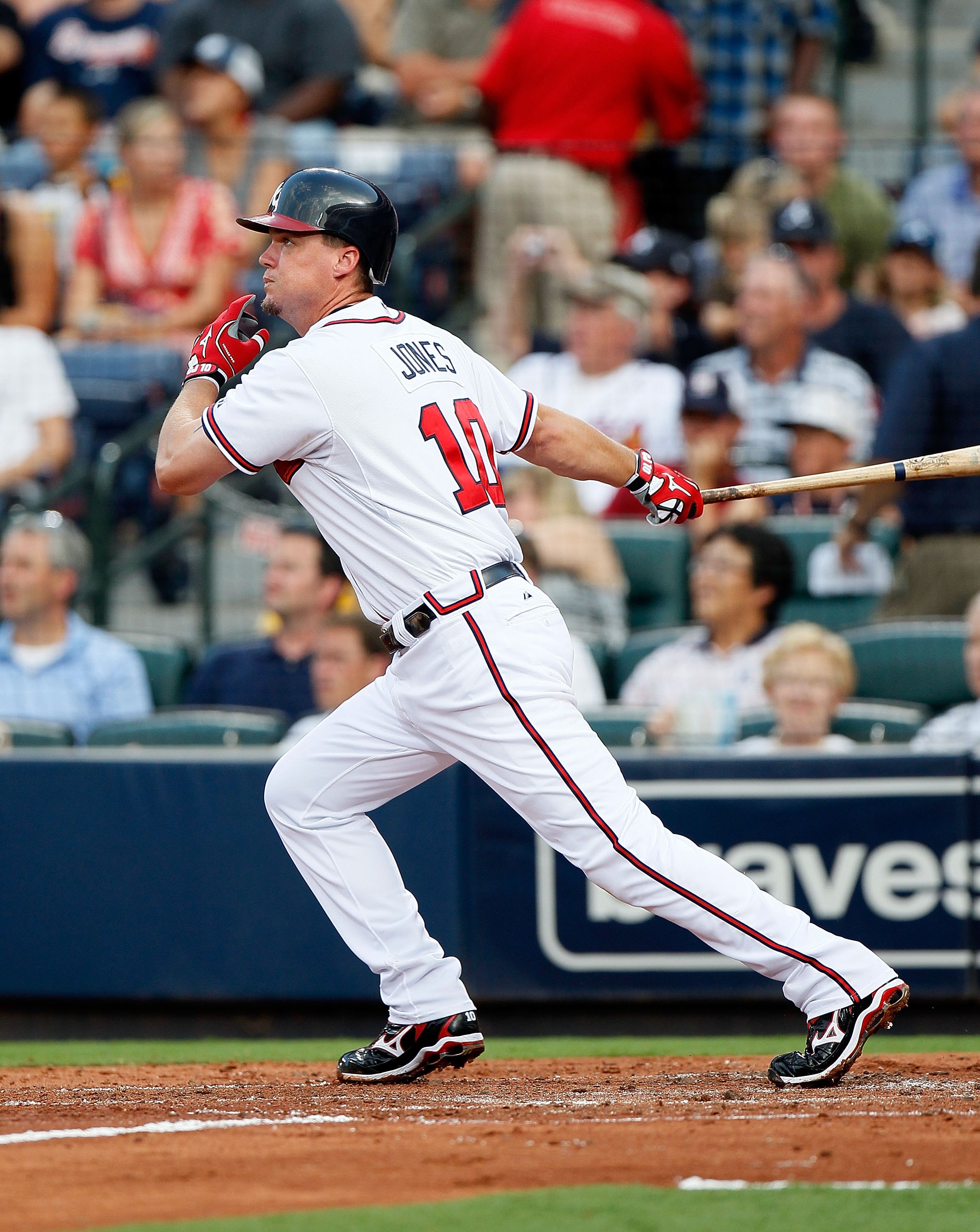 Nobody will ever mistake Chipper Jones for Brooks Robinson, but he has certainly been an above average defensive player throughout his career.

After a stint as an outfielder, Jones returned to the hot corner and demonstrated good range and a strong arm even in his mid to late 30's.

But the fact remains he never managed to win even a single gold glove in his 18-year career.

No. 9: Too Many Injuries 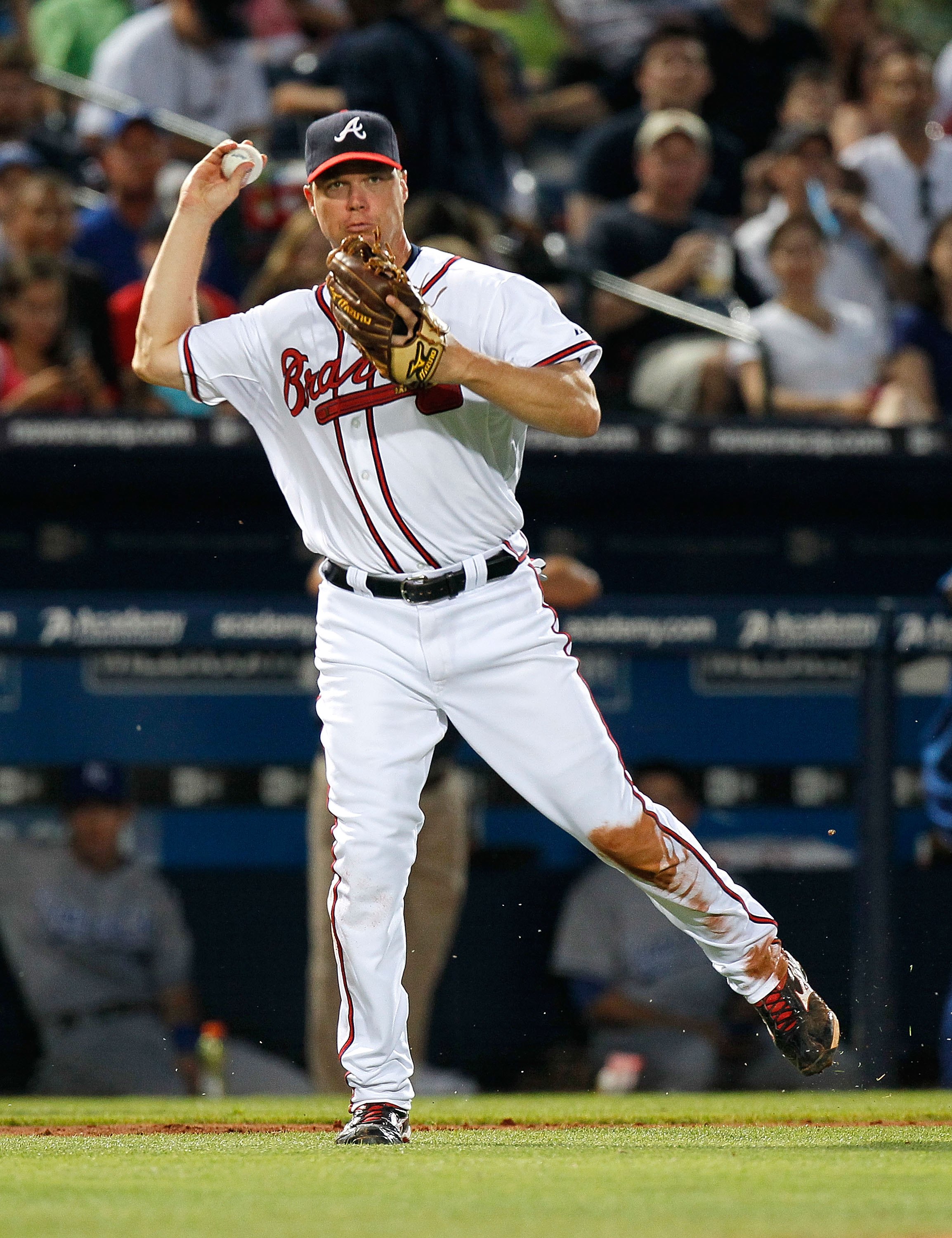 Jones suffered numerous injuries throughout his career.  Despite regularly attempting to play through the pain, he missed over 100 games from 2005 through 2008.  His limited opportunities led to a decline in his power and run production.

Although Jones produced impressive numbers, the longevity clearly played a part in helping him slowly creep up the Major League Baseball record books.

No. 8: Outspoken Nature Could Turn Off Voters 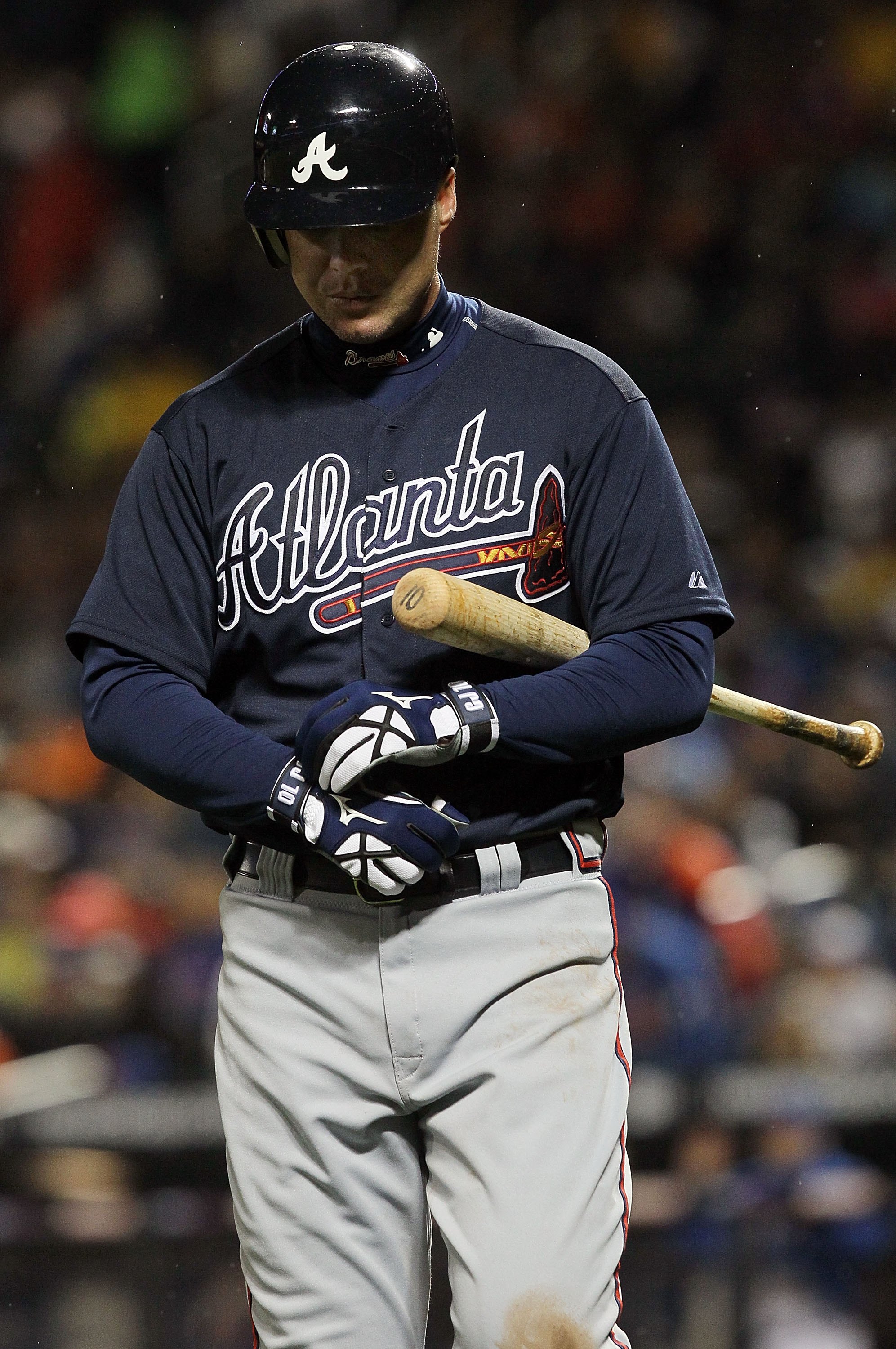 Depending on who you ask, Chipper Jones is the nicest guy in the world or just another self-righteous athlete.

He has never been afraid to make his opinions known; opinions generally directed at the city of New York in some way.

In 2007, he created a brief firestorm when he speculated that Alex Rodriguez was guilty of using P.E.D.'s. His hatred of the Mets has long been documented, and after David Wright won the 2007 Gold Glove despite a 21-error season, Jones blamed the biased East Coast media for giving Wright too much credit.

It's never a good idea for a Hall of Fame candidate to rip the media. 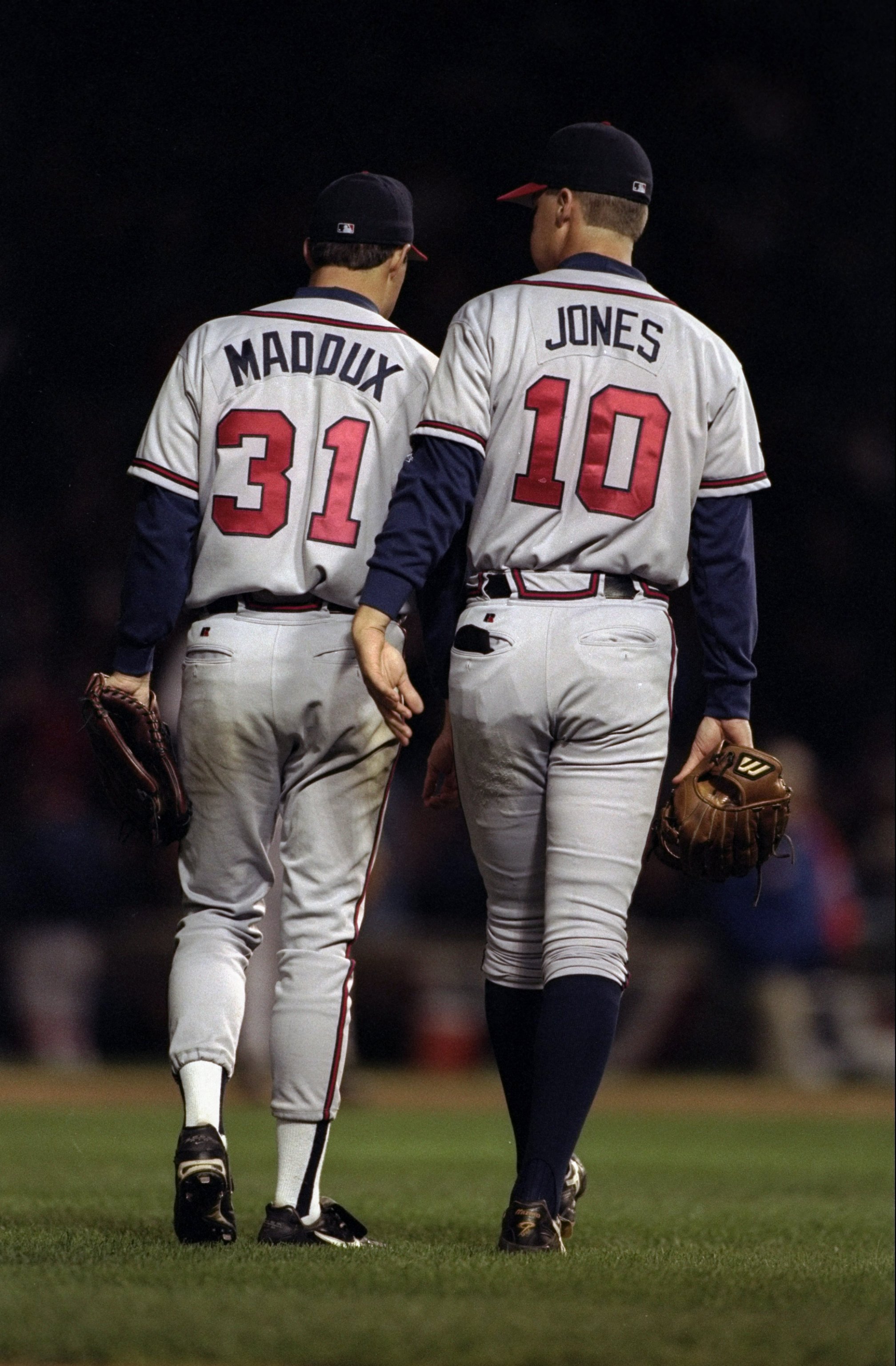 The Hall of Fame is filled with teammate combinations, which makes the case for Jones even stronger regardless of his statistical accomplishments.

With Tom Glavine, John Smoltz, Greg Maddux and Manager Bobby Cox on their way to Cooperstown, Jones seems like a lock.

It's easy to argue that Jones was the best player on a team that produced 11-straight postseason appearances during his run. 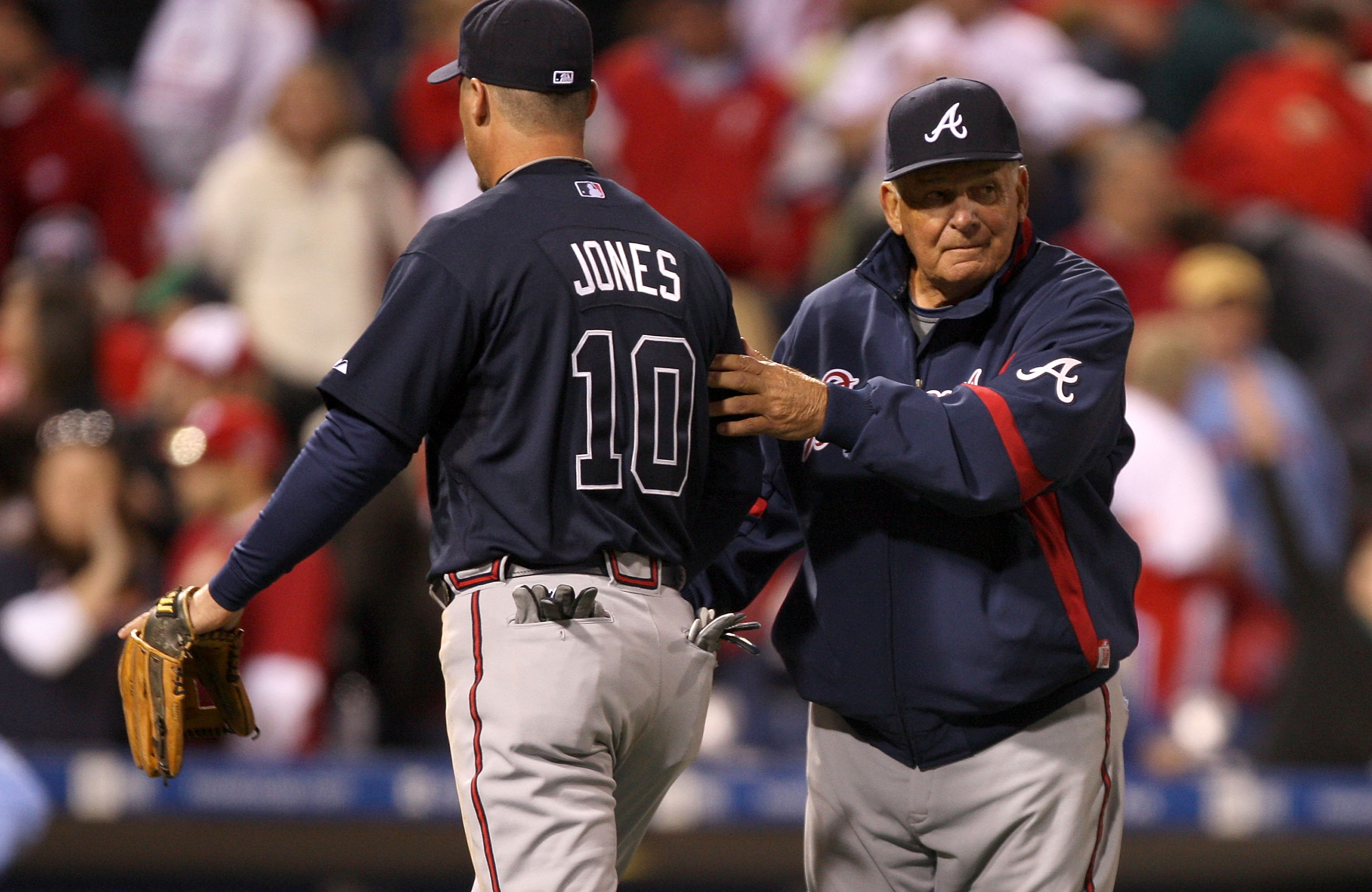 Offsetting Jones' sometimes standoffish behavior was the fact that he did whatever was asked of him with one organization in 18 long years.

He moved from shortstop to third base, out to left field, then eventually back to third base. He re-negotiated his own contract to make life easier for the Braves.

Most importantly, he never asked to be traded or complained publicly about the direction of the Braves' organization. 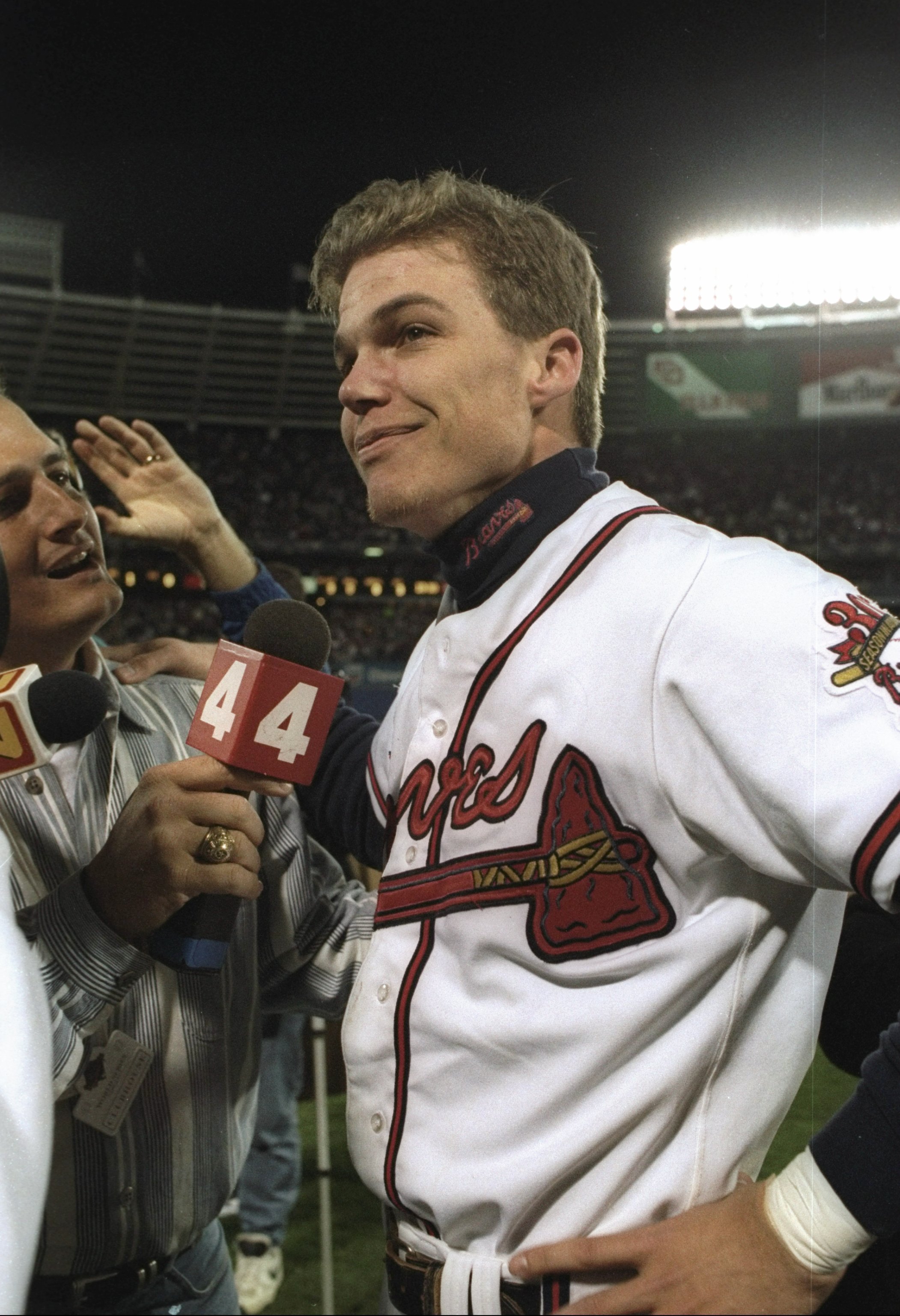 Jones not only played a huge role in the midst of Atlanta's 14 straight Divisional Titles, he was a big part of the Braves' lone World Series title during the incredible run.

Despite the lack of more than one World Championship, the Braves have been one of the most successful professional sports franchises in the last 20 years.

No. 4: The One Great Season 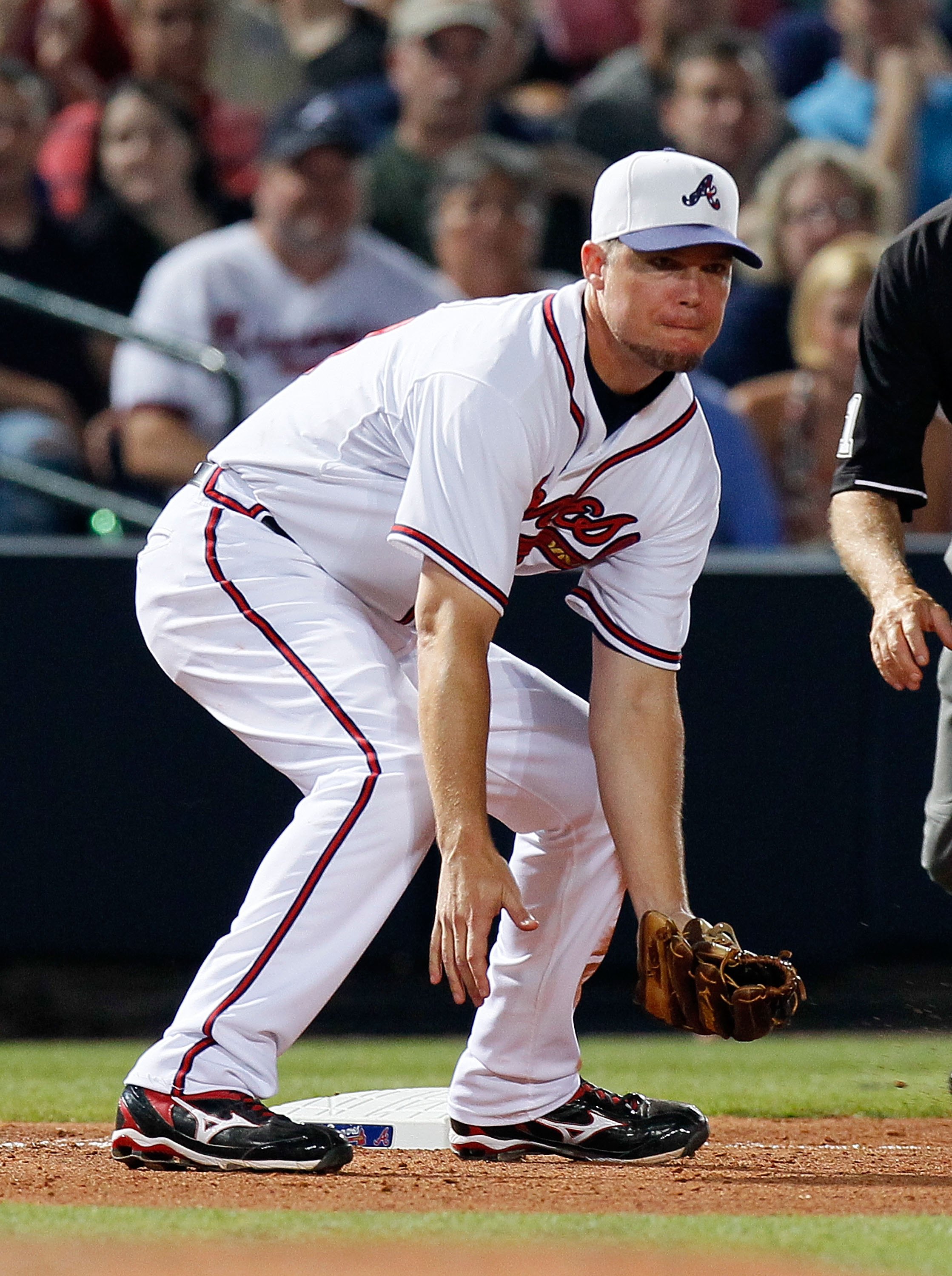 Most Hall of Famers produce at least one season that separates the good from the great. Chipper Jones had this type of season in 1999.

He also stole a career-high 25 bases en route to winning the Most Valuable Player Award.

No. 3: One Of The Best Switch Hitters Ever 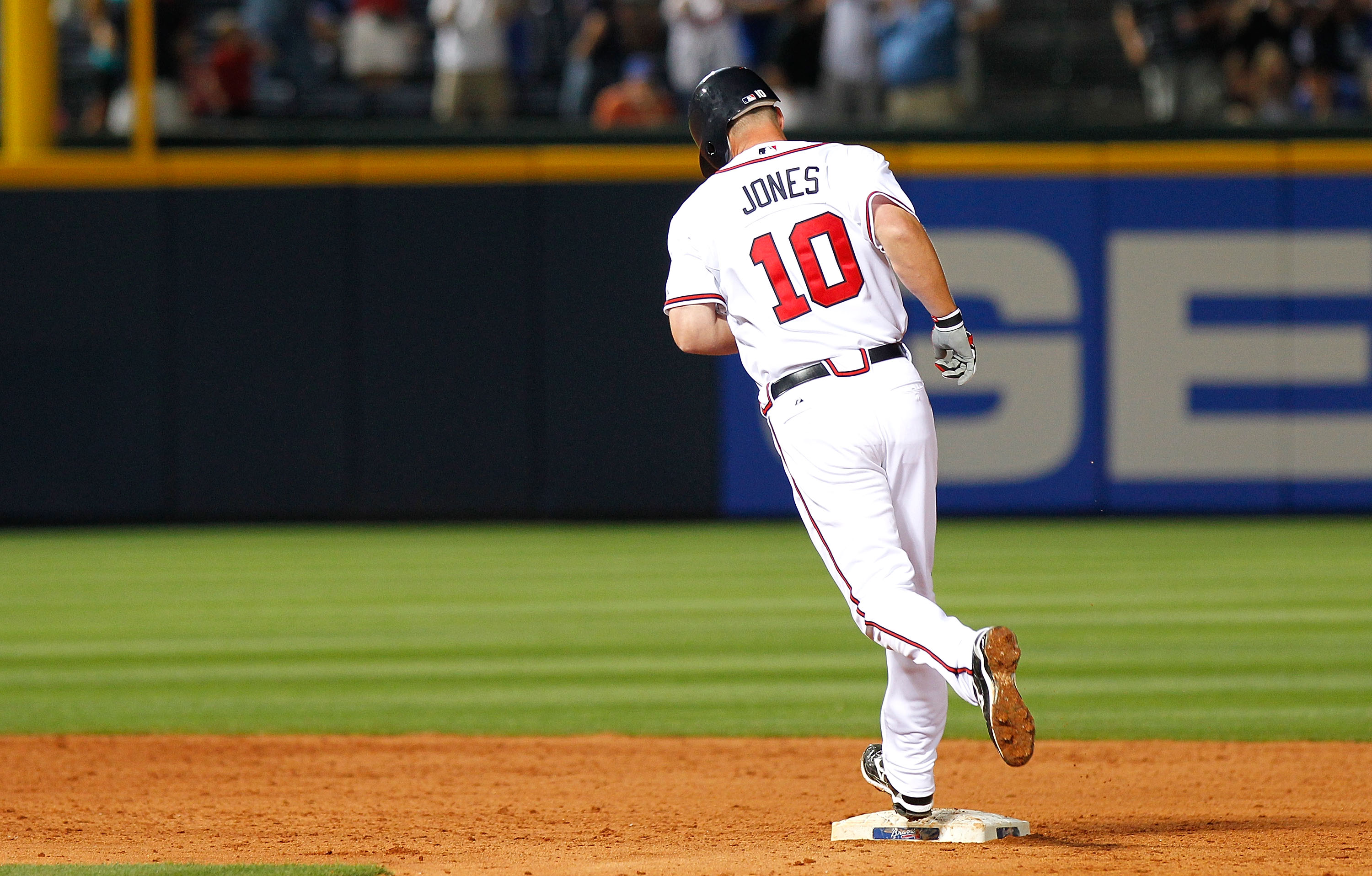 His impact from both sides of the plate certainly has placed him in some historic company.

The Overall Body Of Work 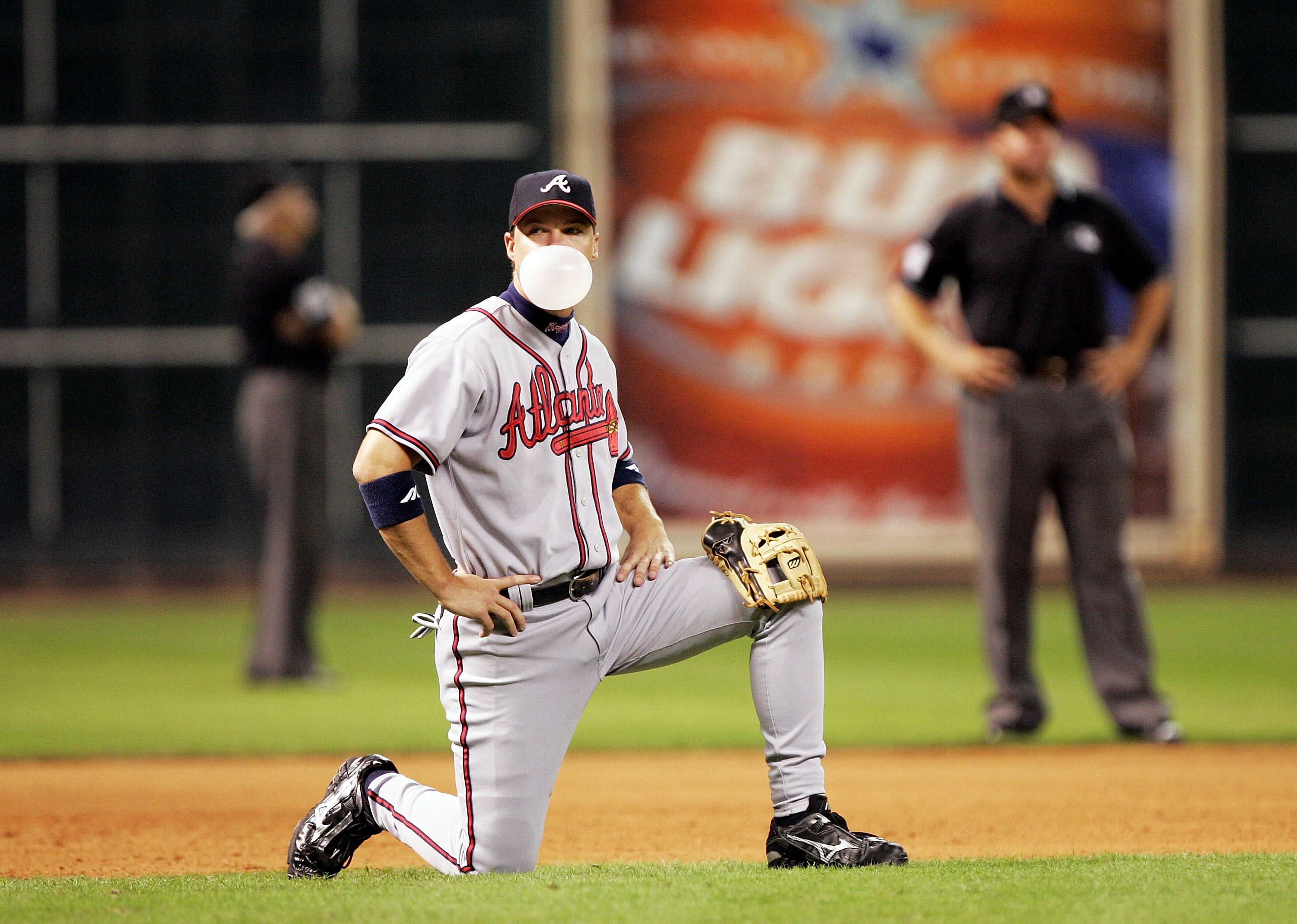 Jones has a .941 career OPS, good for 29th on the all-time list.  Only two players who rank higher than Jones in OPS are not in the Hall of Fame, one of them being Mark McGwire. 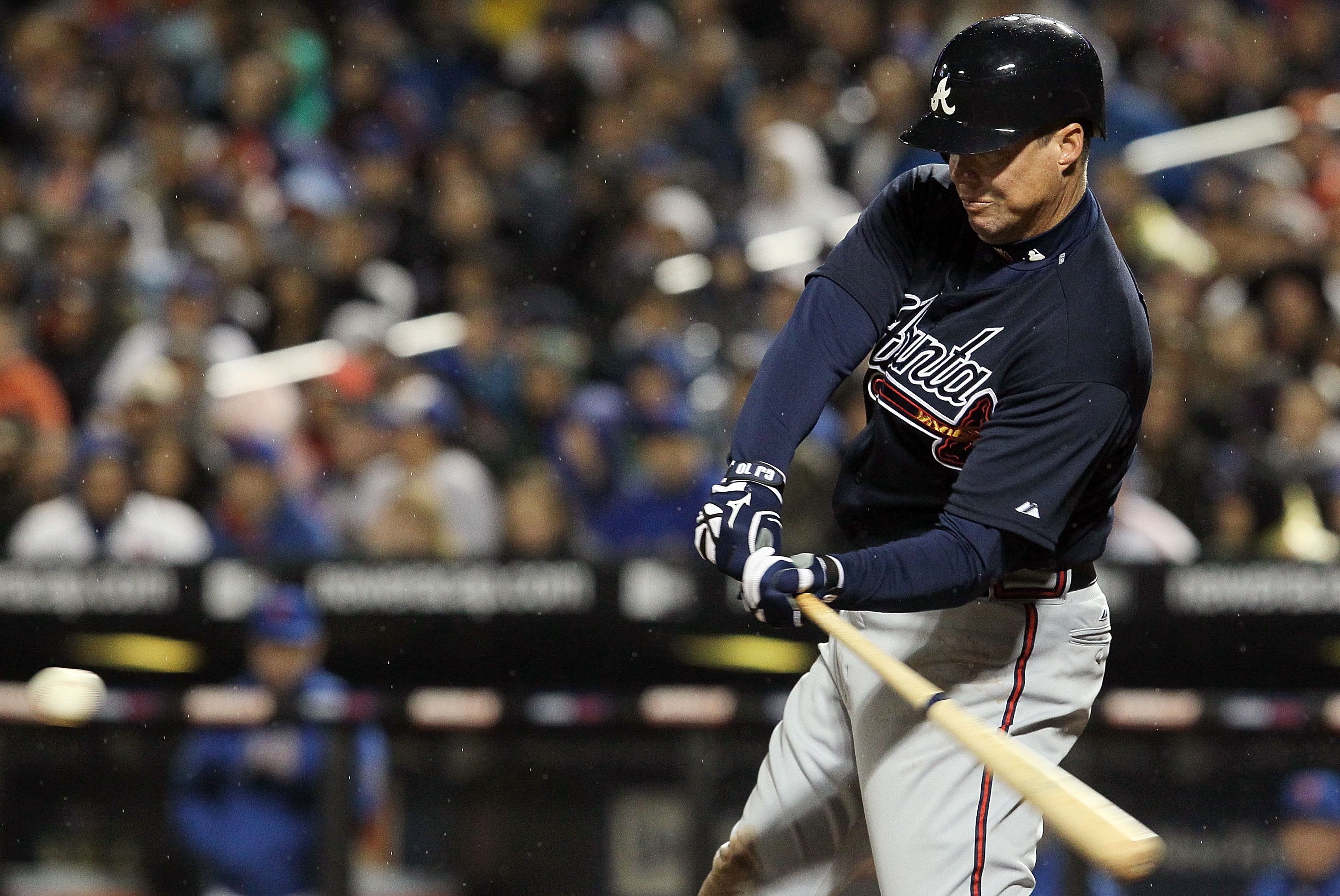 Although it's impossible to know for sure, all indications are that Chipper Jones was clean in one of the dirtiest eras any professional sport has ever seen.

Jones never went through any apparent change in his physical appearance, nor did he enjoy a dramatic spike in production like Bret Boone or Adrian Beltre.

He was Mr. Consistency throughout his entire 18-year career. 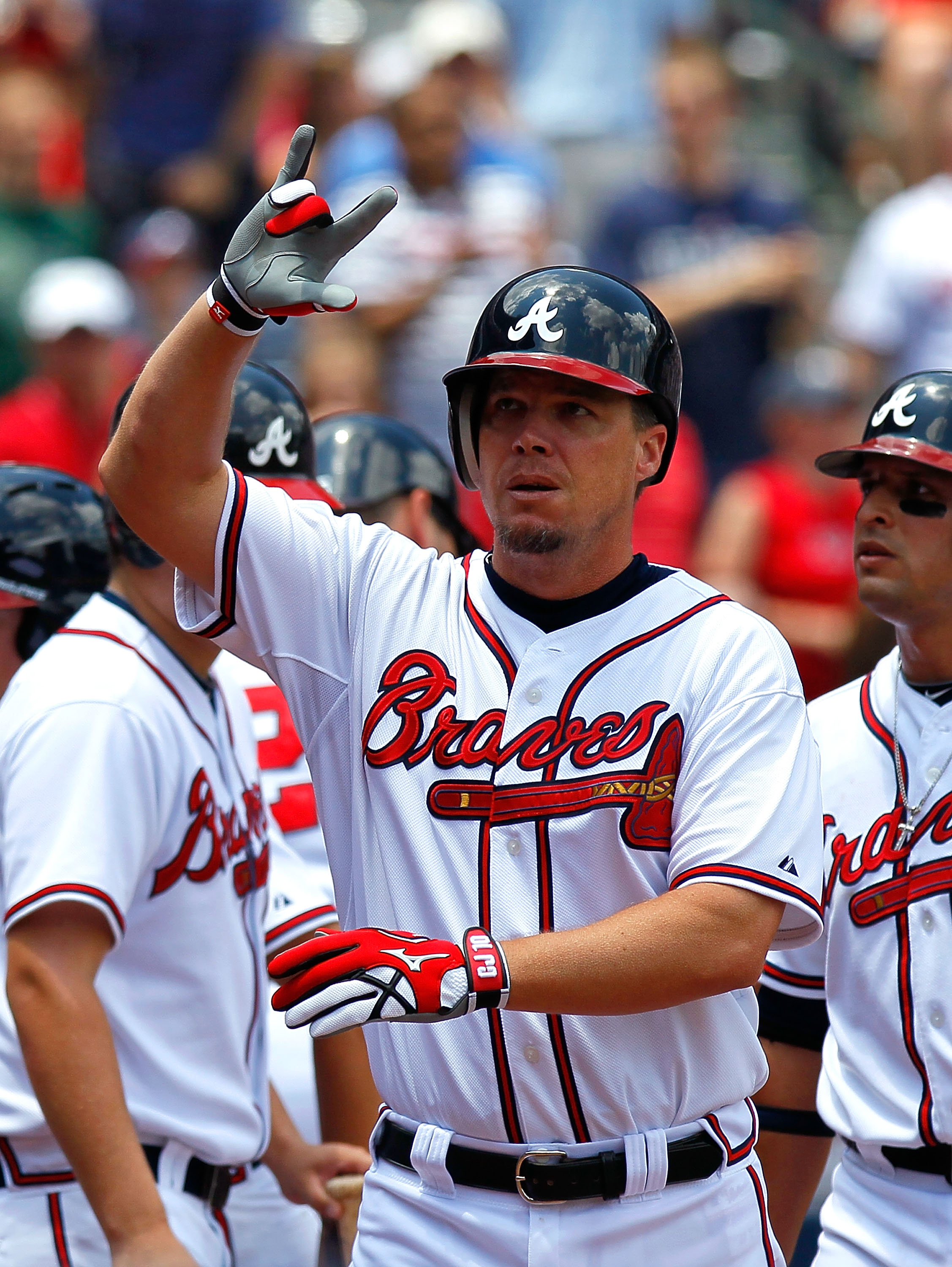 After weighing all of the important points, the only question appears to be if Chipper Jones will be a first-ballot Hall of Famer.

His numbers and intangibles are clearly good enough to warrant a spot in Cooperstown.  He might not make it on the first try, but Jones will be joining Wade Boggs and former Brave Eddie Mathews in the Hall before too long.