Forte or Taylor?  Taylor or Forte?  How about Taylor and Forte?  These are questions that have been on a lot of people’s minds as we head into training camp in just a few short weeks.

People wonder who will start.  Will it be Forte, who has two seasons in with the Bears, including a very productive rookie season and a so-so second year?  Or will it be the newcomer with lots of experience, Chester Taylor, who hasn’t been used that much in his career and could carry the ball on a regular basis for the Bears?

Knowing how this offense will run, it’s safe to say that both Forte and Taylor are going to see equal action in 2010 with the possibility that Forte may be used just a little bit more.

Both have their own distinctive differences and similarities. Both can catch passes out of the backfield and both players are the ideal size for the position. Forte has a lot of experience running in Chicago and playing in the cold weather while Taylor is the better blocker and much better in short yardage situations.

Forte should see a lot of action on first and second down and then he will most likely give way to Taylor on third down. Taylor can help by staying in and blocking.
It looks like the Bears may have finally gotten the one-two punch that they were looking for in the running game.

So who will be the third running back for the Bears next season? Right now, Chicago has three other running backs on their roster heading into training camp. They include Kahlil Bell, Garrett Wolfe, and Brandon Minor. So far, Minor hasn’t been that impressive in minicamp, so unless he has a stellar training camp, you can probably count him out of the mix at the position.

Bell had some good runs last season as many Bears fans will remember, but would he be an ideal No. 3 back in this offense? The Bears will find out this summer and if he can prove that he has some upside and is a willing blocker then he just may end up sticking with the team.

To some, it’s amazing that Garrett Wolfe has lasted as long as he has, but the Bears value him for his special teams play and there have been some instances where Wolfe has run well. However, he has just never seen a lot of time in the Bears offense since coming to the team a few years back, and therefore it’s hard to gauge his value.

If the Bears find that his special teams work is important enough to keep him, then they will probably retain him. It is also possible that the Bears may end up keeping four running backs. So the chances for Wolfe being part of the team in 2010 are good but has he shown enough to be part of the Bears again this coming season.

Minor, as mentioned, hasn’t shown a lot in some of the workouts so he could be jettisoned either later in training camp or toward the end. However, with a good training camp, anything is possible and Minor might end up being an option for the Bears next year. Keep an eye on him because you never know, he might surprise the coaching staff.

Looking at the fullbacks, the Bears are taking two into training camp this summer. They managed to get Eddie Williams, a former fullback/tight end from the Redskins this offseason in free agency and he may have the edge.

The nice thing about Williams is that he has experience playing the tight end position and so he could be more of an H-back in the new offense which calls for experience blocking in the backfield and on the line (for fullbacks).

Will Ta’ufo’ou is the other guy at the fullback position and he may not stick around if the Bears decide to keep just one fullback next season. While he does have some good blocking skill for a fullback, Williams, providing he doesn’t have some kind of breakdown in training camp, has a lot more experience and fits the new offense much better. It’s very doubtful the Bears will keep two fullbacks on their roster.

The Bears appear to be pretty well set at the running back position heading into the 2010 season. It’s no mystery that both Forte and Taylor will share the load but which one starts over the other?

Another question is who will be the third-string running back? Is Chicago going to give Bell a shot, or will they stick with Wolfe, who hasn’t shown much of anything during the time that he has been with Chicago? And just how many running backs will the Bears keep?

All of these questions will be answered in just a little over a month as the Bears begin their training camp at the end of July. 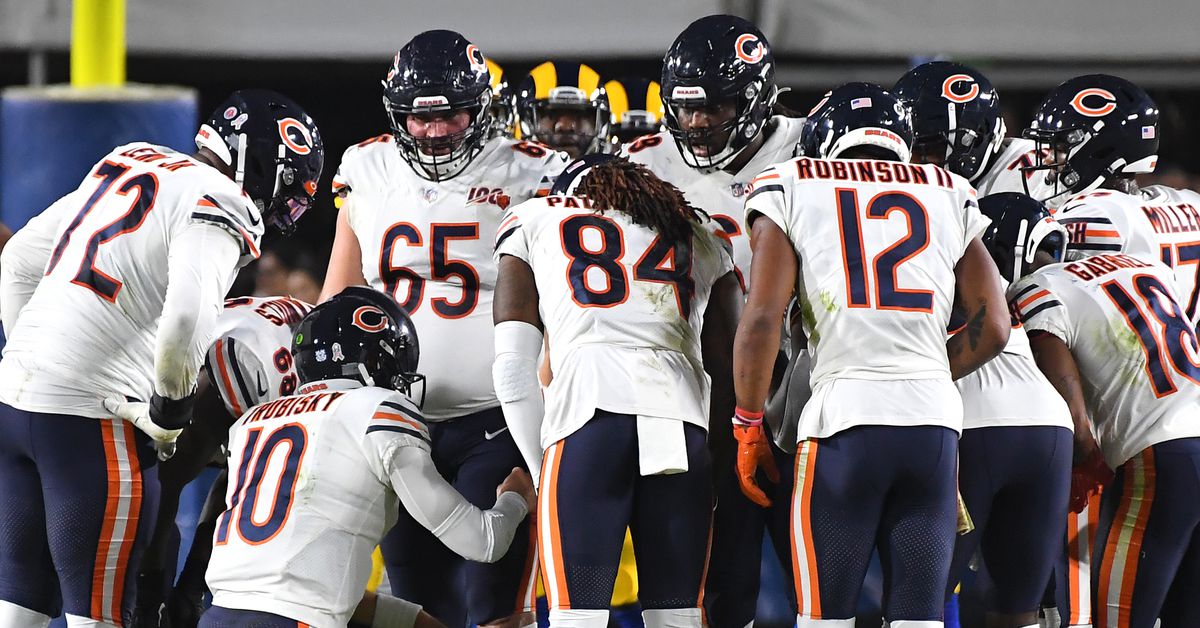