Congratulations to Miami Dolphins safety Jake Scott and defensive Bill Stanfill, who have been selected as the 19th and 20th inductees into the Miami Dolphin Honor Roll.

Scott had flown somewhat under the radar for his significant contributions to the Dolphins, perhaps due to a long-standing but recently resolved feud with legendary coach Don Shula.

He is the team's all-time leader with 49 interceptions and was the MVP of Super Bowl VII with his two picks and a fumble recovery in the Dolphins' 14-7 victory over the Washington Redskins.

Stanfill unofficially held the team record for sacks with 67.5 (the NFL didn't have sacks as an official statistic until 1982) until Jason Taylor came along and shattered the mark (Taylor currently has 127.5 sacks).

In 1975, a preseason neck injury helped shorten his career and has caused him immense pain ever since. He has had several surgeries to fuse the vertebrae in his spine.

Stanfill was one of the toughest Dolphins in history and his ability to play through injury is something that deserves to be honored as well.

With these two deserving inductees in, the question that begs to be answered is: Who's next?

Here are some names and possibilities to consider. Some have to be considered locks to join the Honor Roll and some might seem like long shots, but have a better chance than you might think.

Yes, he just retired and sentimentally one might like him to enter the Honor Roll with former teammate and brother-in-law Jason Taylor. However, Thomas deserves to go in on his own.

Consider that during the span of 2001-2006, he averaged 155 tackles per season. That's just about 10 tackles per game for every game during a six-year stretch.

Fernandez was just a 6'2", 250 lb nose tackle with 20/200 eyesight, yet was a force at his position because of his quickness and aggression. His 17 tackle, one sack performance against the Redskins in the Super Bowl arguably should have gotten him the game's MVP award instead of Scott.

His 35 sacks are second most by a nose tackle in team history (Bob Baumhower, a member of the team's Honor Roll, had 39.5).

Because of a career shortened by a mistreated toe injury, the impact of "Juice" is lost on some, but not me.

Fearless over the middle, with hands of glue, McDuffie helped pave the way for slot receiver and third down target extraordinaires like Wes Welker and Davone Bess. McDuffie's 415 career receptions are fourth all-time on the Dolphins.

He is the only Miami player ever to lead the NFL in receptions with 90 in 1998. He was Dan Marino's favorite target for years, and had a team doctor not sent McDuffie back onto the field with a torn ligament in his toe, who knows what his final career statistics would be.

Madison and Surtain should enter the Honor Roll together because they were inseparable on the field. Madison was the trash talking, in your face, man-to-man defender who hauled in 38 of the opponent's passes.

Surtain, while much more reserved, was probably more consistent. He had 37 interceptions during his career and was the perfect complement to Madison.

Statistically and honors’ wise, this is a no-brainer. The 2006 AP NFL Defensive Player of the Year is 11th on the all-time sack list. He was a dominant pass rusher for the Dolphins for over 10 years.

His choice to play for the New York Jets in 2010 has ticked off some fans, and might delay the timing of his selection, but it will only be a matter of time before he joins the Honor Roll.

How valuable was "Timbo?"

Just ask Thomas, or Taylor, who chose to wear No. 95 with the Jets to honor his former teammate.

Bowens, a two-time Pro Bowler, was an outstanding run stopper and occupied countless blockers so that the other more heralded Dolphin defenders could make plays.

Because he played on a weaker defense and left the game just three years before Zach Thomas arrived, it’s hard for some fans to remember the play of John Offerdahl.

He was a five-time Pro Bowl participant whose career was unfortunately ended early by injuries and the wear and tear of his hard-hitting style. But, much like Thomas, he was an intelligent over-achiever who gave everything he had on the field.

I know he was a punter. Some struggle with the notion that specialists should ever make Hall of Fames or even a team's ring of honor, but he was one of the best players at his position in history.

Roby helped popularize the now standard two-step approach to punting and also wore a watch to monitor the hang time of punts.

Don't dismiss this possibility. Despite retiring prematurely and being suspended for a season, Williams has still rushed for 8,892 yards and still seems to have a fair bit left in the tank considering he was just voted the team's MVP for 2009.

Long has a long way go (pun intended). However, he has gone to two Pro Bowls in two years and looks to be a rock at the left tackle position for years to come.

Well, these were my thoughts on 11 more players for the Dolphins Honor Roll.  Who do you think might join the 20 all-time greats honored at Sun Life Stadium? 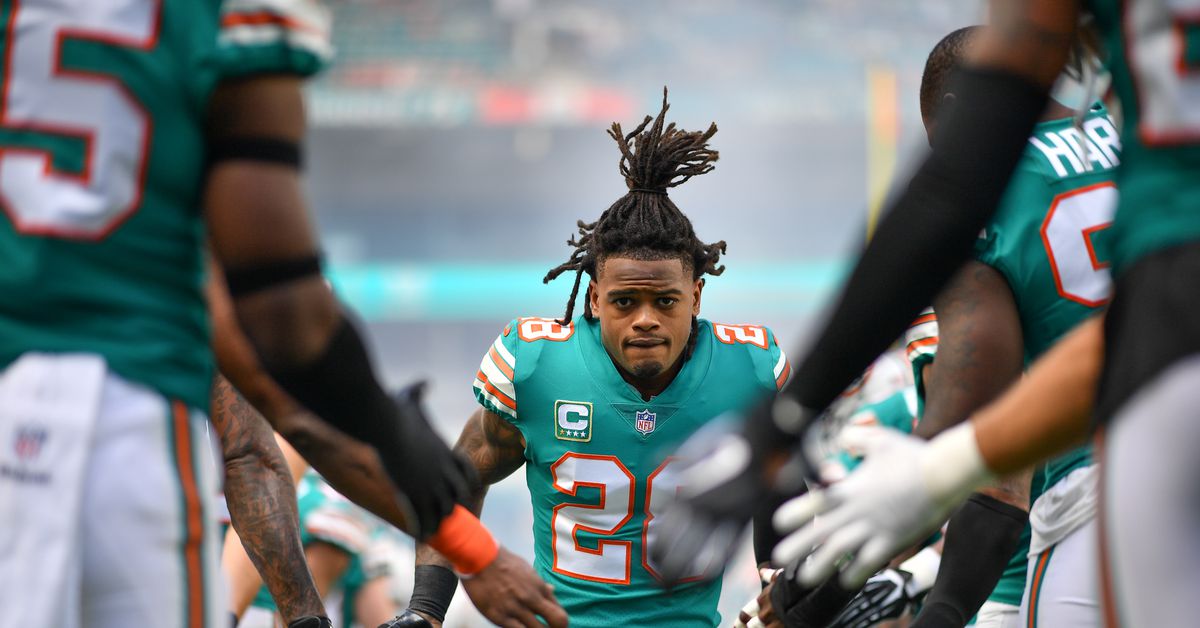