Think back to last year for a moment. Where did you draft Austin Ekeler? If he fell to the middle or late rounds, you passed on a top-five fantasy football running back in points-per-reception leagues multiple times.

Who's this year's Ekeler? As part of a tandem or committee, which running back is primed to outperform competition in the backfield?

In 2019, Melvin Gordon missed four games because of a contractual holdout. That allowed Ekeler to jump off to a head start. He found his stride in the passing game, finishing second to only Christian McCaffrey in receiving yards (993) among running backs. He led the position in touchdown receptions (eight).

In PPR leagues, you can find an RB2 late on draft day because of the widespread use of the position on passing downs. Don't overlook the tailback who can move the chains on 3rd-and-6. He can easily produce 10 points on an average day, catching five passes for 50 yards.

Based on 12-team leagues, we'll list and rank running backs with ADPs in the eighth round or later to find this year's sleeper picks at the position. The ADPs are current as of 6 a.m. ET Thursday. 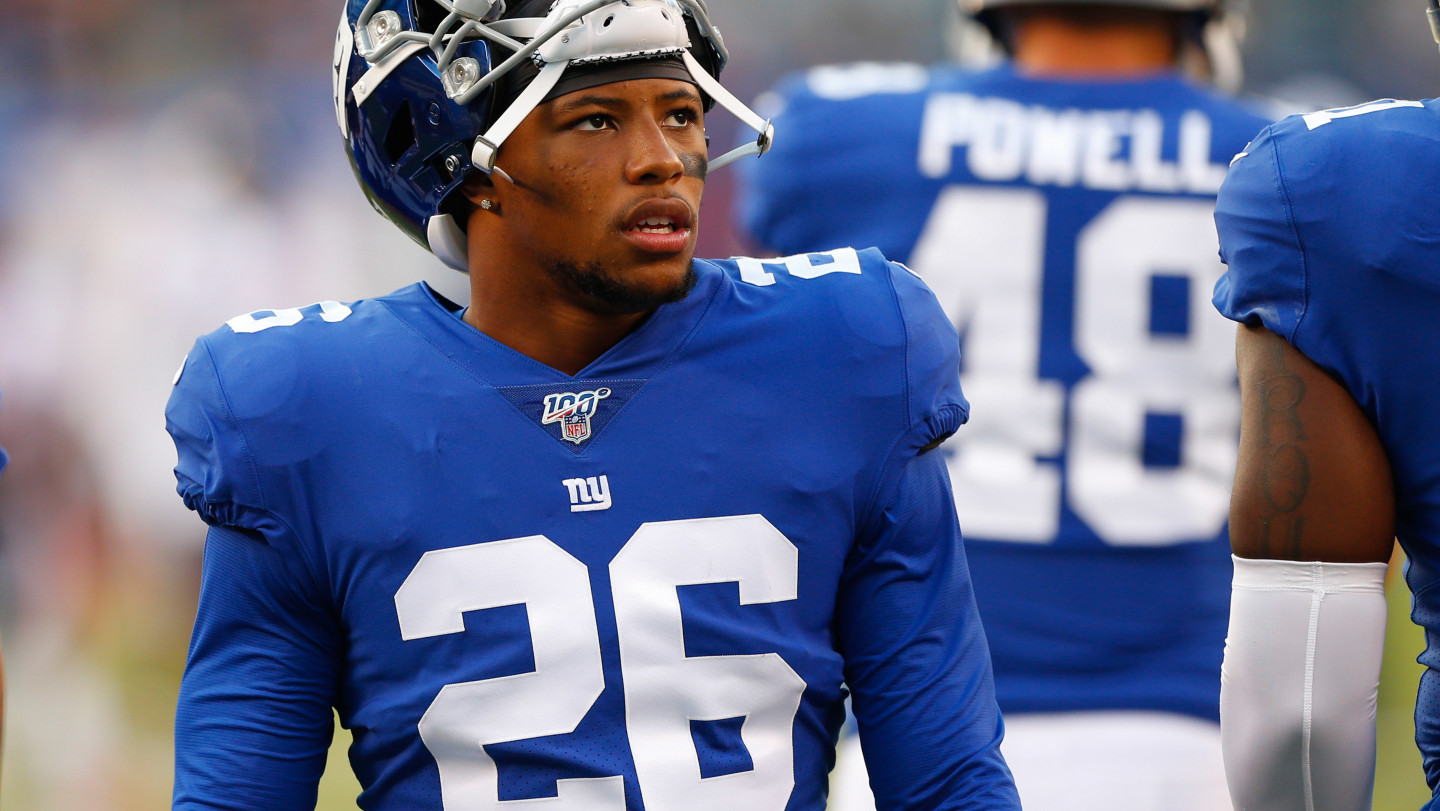 The Denver Broncos signed Gordon, and he's expected to take on the featured role, per NFL Network's James Palmer. As a result, Phillip Lindsay's ADP dropped from 5.08 last year to 9.04 in 2020.

Don't sell all of Lindsay's stock yet. New offensive coordinator Pat Shurmur has to figure out how to divide the workload between two 1,000-yard rushers. At times, he'll have both tailbacks on the field, per Ryan O'Halloran of the Denver Post.

"They'll have specific roles," Shurmur said. "I think there are times when they both can be on the field at the same time. They've both been very productive in this league, and we intend to use both of them."

Furthermore, Lindsay isn't going to step aside and give up his touches. He talked to 9News (h/t Mike Klis) in Denver about competition in the backfield.

In 2017, with the Minnesota Vikings, Shurmur utilized multiple running backs, and that offense ranked seventh in yards. After Dalvin Cook tore his ACL four games into the season, Latavius Murray and Jerick McKinnon carried the load. The latter two tailbacks finished with a similar number of yards from scrimmage (945-991).

Gordon has better hands as a pass-catcher out of the backfield, though Lindsay's ability to run between the tackles will allow him a fair share of early-down touches. The undrafted Colorado product isn't going to fade away. He's at least a solid flex option.

Rookie second-rounder D'Andre Swift can carry the torch if Johnson battles the injury bug again in 2020. However, the coaching staff will employ the two ball-carriers as complements to each other rather than a lead-backup structure, per Chris Burke of The Athletic.

"Don't write off Kerryon Johnson, either," Burke wrote. "The Lions aren't replacing him with Swift so much as complementing him—he projects a lot better as a 1A/1B back than a bell-cow No. 1."

Through three terms at Georgia, Swift caught 73 passes for 666 yards and five touchdowns. Offensive coordinator Darrell Bevell will likely feature that aspect of the rookie's skill set, but Johnson can also stay on the field for all three downs. The third-year veteran has 42 receptions for 340 yards and two scores with the Lions.

While Johnson's injury history raises some concern, he'll probably open the season handling the majority touches until Swift finds his way in the offense.

Remember, Antonio Gibson lined up as a wide receiver at Memphis. In 2019, he caught 38 passes for 735 yards, ripping off chunk yardage as a pass-catcher.

Although Gibson's yards-per-carry average will come back to earth in the pros, he's still a versatile weapon in the Washington Football Team's offense. Although listed as a running back, the rookie third-rounder should have plenty of opportunities to show off his hands in the passing game.

Other than wideout Terry McLaurin, quarterback Dwayne Haskins doesn't have an established secondary target in the passing game. We could see Gibson split out wide and exploit matchups against linebackers and safeties in the middle of the field.

With Adrian Peterson and Derrius Guice pounding the ball between the tackles, Gibson can serve as the change-of-pace back and fill Chris Thompson's pass-catching role out of the backfield.

Even if you don't trust Haskins, expect offensive coordinator Scott Turner to exercise his creativity with Gibson's skill set.