The Dallas Cowboys were unable to sign Dak Prescott to a long-term deal before Wednesday's deadline for a multiyear contract, but the quarterback remains upbeat heading into 2020.

"I'm a Cowboy and couldn't be happier," Prescott told Jori Epstein of USA Today. "I look forward to working alongside Coach McCarthy, the staff and my teammates to be the best team we can be in pursuit to our goal of a Super Bowl."

Prescott will play the upcoming season on the franchise tag, worth $31.4 million, before hitting free agency in 2021.

Per Epstein, the Cowboys offered a five-year extension worth up to $110 million in guarantees, but the team hadn't updated its official offer since March.

Prescott's side was seeking a four-year deal, per Mike Florio of ProFootballTalk.

Even without a new contract, the 26-year-old remains with the Cowboys and will lead a squad with high expectations going into 2020. The team is considered one of the favorites to win the Super Bowl, boasting 13-1 odds at Caesars Palace.

Last year's 8-8 record featured six losses that were decided by one possession. A change in head coach from Jason Garrett to Mike McCarthy could yield better results next year. 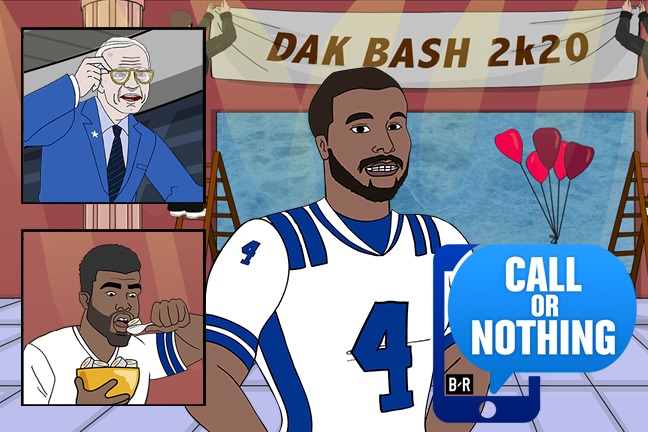 The Cowboys already had the No. 1 offense in total yards in 2019, with Prescott ranking second in the NFL with 4,902 passing yards. Adding first-round pick CeeDee Lamb to a receiving corps that already has Amari Cooper and Michael Gallup should make this offense even more dangerous.

Though it was a disappointing offseason for Prescott, the quarterback has seemingly moved past the contract issues and is ready to make a difference on the field.