It's never too early to prepare for the upcoming NFL draft, and with several potential All-Pro prospects on the horizon, the 2021 cohort seems particularly promising.

Below, we've put together a way-too-early 2021 mock draft, filled with names you'll need to know as college football and the draft process heats up over the coming months. Many of these players will likely be integral to the national title chase on Saturdays this fall, and they'll hopefully entertain us on Sundays for years to come as well.

In addition, we've chosen several particular selections of note, with explanations for how each player might fit in with his assigned team. 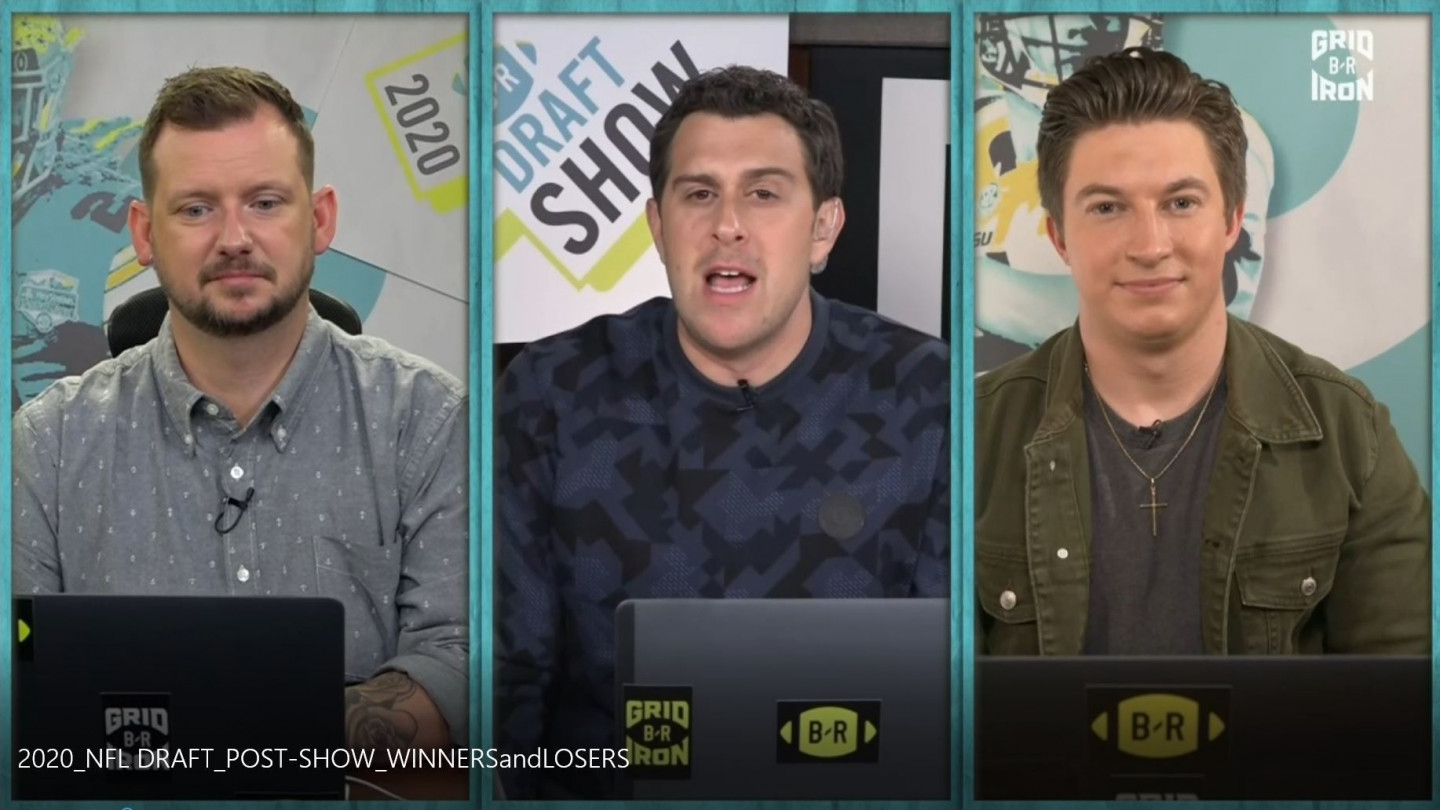 And while they clearly prioritized defense in the draft (to the point where they used all seven picks on defenders, the most for any draft in modern NFL history), the future Hall of Famer will still be missed desperately for the time being.

Expecting Micah Parsons to wholly replace Kuechly is unfair. However, Pro Football Focus recently called him the best college linebacker since Kuechly and claimed he would have been drafted over Isaiah Simmons if he was eligible for the 2020 draft, so we're off to a good start.

And Parsons excels at nearly everything you need a signal-calling linebacker to excel at. He's fast enough to rush the passer, big enough to stop the run and smart enough to quarterback a defense to elite levels.

Provided he keeps showing these skills at Penn State this year, the Panthers (or whoever drafts the linebacker) will be in great hands for the next decade.

And with an elite defense at the ready, general manager Ryan Pace should admit defeat both on the Mitchell Trubisky selection and the Nick Foles contract. Drafting Trey Lance is a great way to do that.

Put aside the competition level concerns for now. While that is a legitimate line of criticism, we'll see how Lance's skills translate right away, as the Bison take on Oregon in Week 1 this fall.

As far as recent FCS quarterbacks go, though, he is fast approaching his NDSU predecessor, Carson Wentz. The redshirt sophomore threw 28 touchdowns and a baffling zero interceptions in his first full year as a starter, while also rushing for 1,100 yards and 14 scores

At this point, the main questions surrounding Lance are theoretical. Will he be able to handle higher-caliber defenses? With a full year of film, will opponents be able to counter him more easily? And while he'll likely throw an interception at some point in his college career, he also might be an elite pro prospect in the making.

The Packers' failure to draft a wide receiver when everyone, including Aaron Rodgers, knew it was the team's biggest weakness remains curious. We can fix that here, though.

We've been spoiled by elite Alabama receivers since the heyday of Julio Jones. Seen next to the technical dominance of Jerry Jeudy or the pure speed of Henry Ruggs III, Jaylen Waddle doesn't look particularly impressive. On the other hand, Mel Kiper has called him "electrifying with the ball in his hands" and Matt Miller claimed he's a blend of the best parts of Jeudy and Ruggs.

Waddle has also become a deadly return threat, as if you needed more confirmation of his versatility.

With Jeudy and Ruggs now in Denver and Las Vegas, respectively, he will finally be a major focus of Alabama's offense this season. Let's hope he's up to the task, because Rodgers or the quarterback of whichever team selects him will be in for a treat in the best-case scenario.

The Ravens have the best secondary in the NFL and boast big names like Calais Campbell, Derek Wolfe and Brandon Williams up front, but their front seven is hurting for depth. Adding Carlos Basham Jr. would be a step in solidifying the team's weak-side edge-rusher spot.

A redshirt senior, Basham has improved each year at Wake Forest, culminating last season with 11 sacks and a spot on the All-ACC first team. His production is backed up by the eye test as well, as the 6'5", 275-pound end plays with a high motor and is versatile enough to set the edge and play between the tackles.

Basham doesn't project as a Pro Bowler yet, but he has a high floor, fits in the modern NFL and could be a consistent, competent starter for good teams for a while.