Peyton Manning hasn't appeared in an NFL game since 2015, but the legendary quarterback hauled in $3.4 million from NFL-related marketing and royalties across 2019, leading all earners, according to The Athletic's Daniel Kaplan.

Kaplan speculated Brady might see a bump in 2020 assuming fans purchase his new No. 12 Buccaneers jersey.

Manning might have retired in March 2016, but he maintains a steady presence in the public sphere.

He's a commercial pitchman and has partnered with ESPN for the ESPN+ programs Detail and Peyton's Places. The future Hall of Famer also teamed with Tiger Woods to beat Brady and Phil Mickelson in Capital One's "The Match: Champions for Charity."

"It is a real testament to his appeal and staying power that after all these years in retirement, that he still makes the list," Russ Spielman, president of sports marketing at GSE Worldwide, told Kaplan. "... He's got a lot of visibility still, and staying power, and people like him." 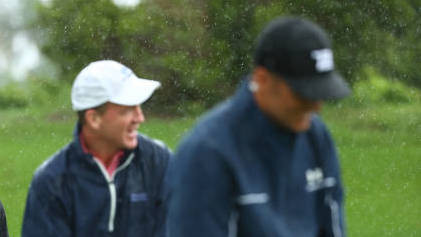