Peyton Manning made a name for himself as one of the best quarterbacks in NFL history, which also helped him to earn a lot of money over the course of 18 seasons from 1998 to 2015.

At the time of Manning's retirement in March 2016, Kurt Badenhausen of Forbes noted his career earnings were around $400 million between his NFL contracts and endorsement deals.

Manning was one of the biggest mainstream sports stars in the United States. Starting with Manning's NFL contracts, Spotrac estimates his $248,732,000 career earnings as the second-highest total in league history. The only player who made more was his brother, Eli Manning ($252,280,004).

A majority of that money came from Manning's first two contracts with the Indianapolis Colts. His rookie deal in 1998 and seven-year extension from 2004 to 2010 were for a combined total of $145.5 million, per Spotrac.

Manning's first Colts contract was for a then-rookie-record $46.3 million over six years, including an $11.6 million signing bonus. If not for the neck surgeries that kept Manning out for the entire 2011 season, which also led to Indianapolis parting ways with him to draft Andrew Luck, it's not hard to imagine a scenario in which he finished with more career earnings than Eli.

Indianapolis signed Manning to a five-year, $90 million extension that included $69 million paid out over the first three years in July 2011. He was released in March 2012, the same week he was due to receive a $28 million bonus. 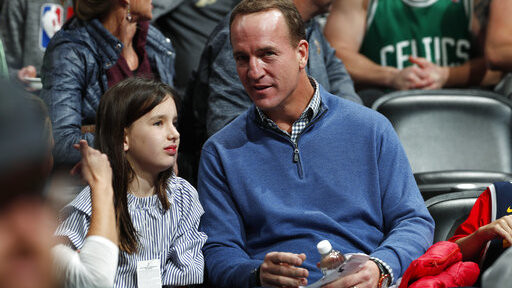 Manning received a five-year, $96 million contract from the Denver Broncos after being released by the Colts, including $18 million due at signing and a guaranteed $40 million in 2013 and 2014 if he passed a team physical in March 2013.

Prior to the 2015 season, Manning agreed to restructure his contract by taking a pay cut to reduce his base salary from $19 million to $15 million. He retired the following year after the Broncos beat the Carolina Panthers in Super Bowl 50.