The Miami Dolphins are expected to select a quarterback with the No. 5 overall pick in the 2020 NFL draft.

Most mock drafts have the AFC East side choosing Alabama's Tua Tagovailoa, who would likely be the second signal-caller off the board behind LSU's Joe Burrow. But while Tagovailoa is still in the discussion for the No. 5 pick, there are some reports circulating that Oregon's Justin Herbert might be the preferred target.

Bleacher Report's Matt Miller reported the Dolphins "aren't convinced" Tagovailoa is the right choice at No. 5:

"I'm told by multiple league sources that the Dolphins aren't convinced Tua is the best option and could instead target Oregon's Justin Herbert. The situation is fluid, but the buzz around the league is that Herbert has the most fans in the Dolphins' draft room."

ESPN.com's Mel Kiper Jr. pointed out the lack of an in-person physical could hurt the Alabama quarterback's chances of going to Miami:

"What's going against Tagovailoa right now is that the Dolphins can't do an in-person checkup with their team doctor (the latest reports are that Tagovailoa has recovered from his hip and ankle injuries) because of the travel restrictions as part of the coronavirus pandemic. Prospects can only do virtual visits with teams, and that could have an effect on guys who are rehabbing injuries."

If Tagovailoa did not suffer a season-ending hip injury, he would likely have put together back-to-back 3,000-yard seasons. The southpaw finished his final collegiate campaign with 2,840 passing yards, 33 touchdowns and three interceptions. 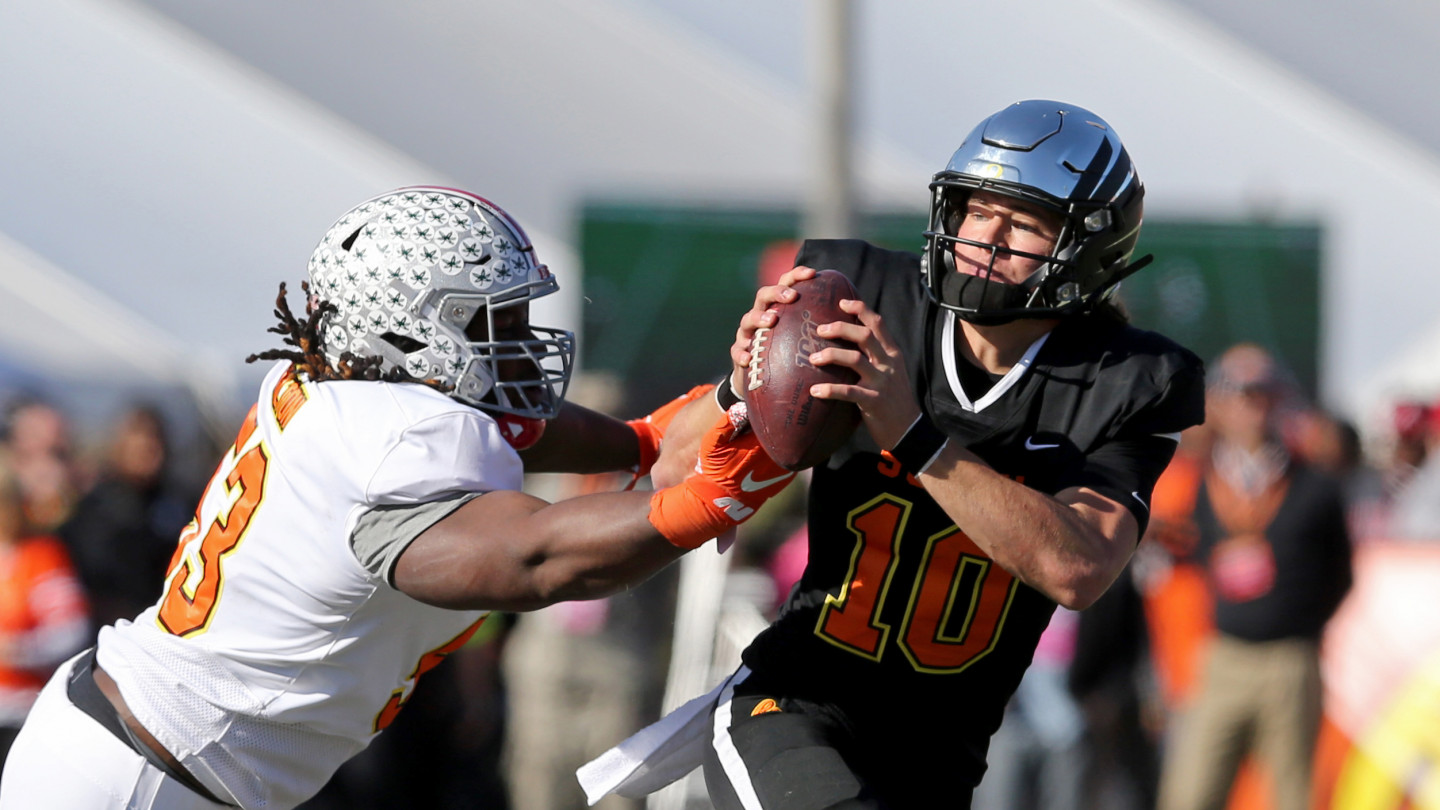 As the Dolphins weigh their options, they have to consider what Tagovailoa did when he was healthy at Alabama. He threw for 87 touchdowns and was picked off 11 times, and his completion percentage increased from 63.6 percent as a freshman to 71.4 percent as a junior.

It also has to be taken into consideration that Tagovailoa was surrounded by first-round talent at the offensive skill positions. Wide receivers Jerry Jeudy and Henry Ruggs III are expected to be top-15 selections, and running back Josh Jacobs went 24th to the Raiders in 2019.

Herbert did not have an abundance of NFL talent around him and still produced consecutive 3,000-yard campaigns for Oregon. While his numbers were better than Tagovailoa's totals this season, Herbert lacked consistency in some parts of the schedule.

In his final three games, Herbert did not reach 200 passing yards, and he was picked off twice in an upset loss to Arizona State.

Miami's draft strategy could change if a team jumps above it in a trade and selects Tagovailoa or Herbert. That would force the Dolphins to either pick the quarterback left on the board or go in a different direction, which is not projected by many experts at the moment.

According to the Miami Herald's Barry Jackson, the Dolphins hold Auburn defensive tackle Derrick Brown "in high regard."

The worst-case scenario would force Brian Flores and Co. to turn away from quarterback and improve their defensive front with Brown or reinforce the offensive line.

Brown is projected as the No. 7 pick in Miller's post-free agency mock draft.

In the unlikely case the Dolphins do not take a quarterback at No. 5, they could use one of their other two first-round picks on a player at the position.

The target in that situation would likely be Utah State's Jordan Love, who has talked with the Dolphins on a few occasions.

ESPN's Cameron Wolfe reported Miami participated in a video meeting with Love in addition to the in-person visit he had before restrictions were put in place. Wolfe also noted the Dolphins "expressed clear intrigue with him during their meetings at the Senior Bowl and at the NFL combine."

Love put up two straight 3,000-yard campaigns, but his touchdown total dropped from 32 to 20, and he threw 11 more interceptions in his junior season than he did as a sophomore.

He is an unlikely option at No. 5 with Tagovailoa and Herbert available, but he could be selected at No. 18 or No. 26 in the scenario that Miami shocks most draft experts and does not take a quarterback with its first selection. 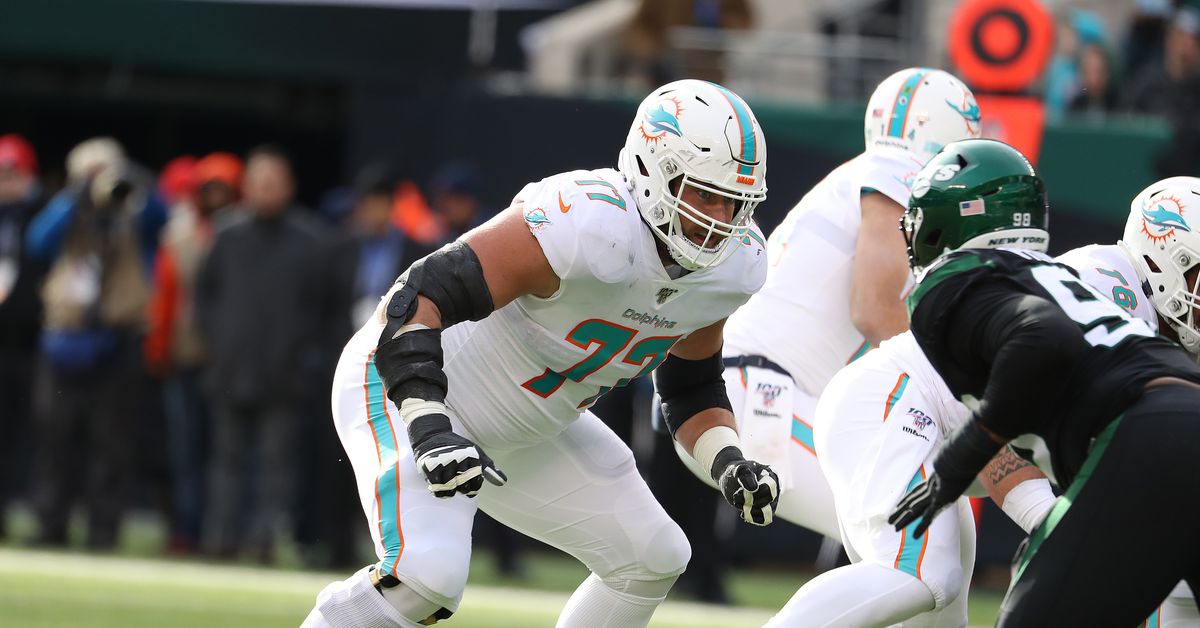