One of the few areas of concern for the San Francisco 49ers this offseason is wide receiver.

The Super Bowl LIV runner-up has four wide receivers scheduled to make more than $1.7 million in 2020, but only one of them produced more than 500 receiving yards last season. The loss of Emmanuel Sanders to the New Orleans Saints in free agency complicated matters more since he was the NFC champion's third-best pass-catcher.

A lack of salary-cap space could hamper the 49ers' pursuit of wideouts and players at other positions, which may force them into a trade to cut a larger contract.

If that occurs, Kyle Shanahan and his staff could target a cheaper option at the position in free agency or address the need with the No. 13 overall pick, which they recently acquired from the Indianapolis Colts in exchange for DeForest Buckner.

One possible option is to trade Marquise Goodwin, who is on track be the highest-paid wide receiver on the roster at $4.9 million. According to NBC Sports Bay Area's Matt Maiocco, the 49ers "would like to trade him," but the robust draft class and Goodwin's less-than-appealing contract could nix that option.

Goodwin has experienced a sharp decrease in production over the past two seasons after he put up 952 receiving yards in 2017. In 2018, he made 23 receptions for 395 yards in 11 contests, and last season he produced 12 catches for 186 yards.

The 29-year-old finished behind Sanders, Deebo Samuel and Kendrick Bourne in receiving yards, and he also had a smaller number than fullback Kyle Juszczyk. 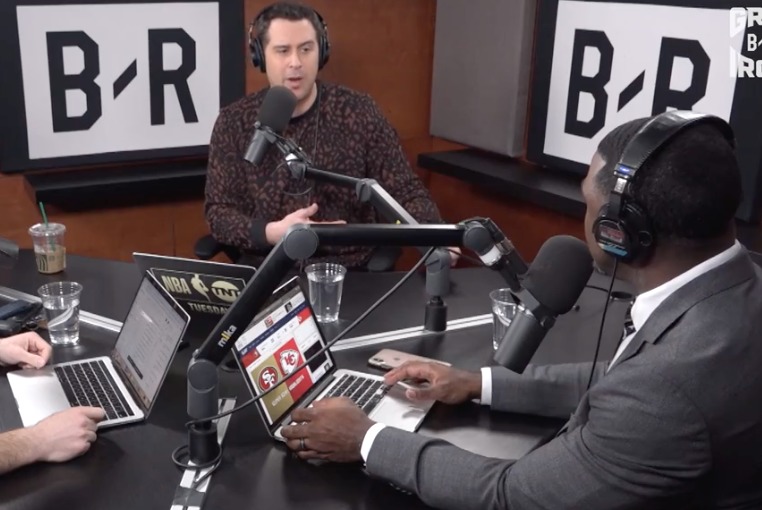 Since the numbers have not met the price tag, the 49ers would have reason to move on from Goodwin. But the $4.9 million due this season and $5.8 million owed in the final year of his contract in 2021 could make the 29-year-old hard to deal.

That leaves San Francisco in a pickle. It could either trade him for minimal return or just release him to bring some in some salary-cap relief and go younger at the position.

Samuel's 802-yard rookie season established him as one of Jimmy Garoppolo's top targets, and with Sanders gone, he should top the depth chart.

Kendrick Bourne had 358 yards and five scores in 2019, but he needs to increase his totals for the 49ers to trust him as a secondary option. Bourne received a second-round tender from the NFC West side, per ESPN's Adam Schefter, and if no other team matches an offer sheet for him, the 24-year-old would make $3,259,000 in 2020.

If Samuel and Bourne are in place as the No. 1 and No. 2 wideouts, the 49ers could take someone like Jerry Jeudy, CeeDee Lamb or Henry Ruggs III in the first round to form a solid trio next to a strong stable of running backs and tight end George Kittle.

In that scenario, the 49ers would attempt to provide Garoppolo with four reliable passing-game targets, and if Dante Pettis or someone else emerges as a threat, it would be a welcome addition. That would also provide some more balance to an offense that relied heavily on the running backs to advance to the Super Bowl.

The combination of Jerick McKinnon, Raheem Mostert, Matt Breida and Tevin Coleman could wreak havoc on opposing defenses because of how fresh each player would be when he steps on to the field.

If a few of the running backs chip in as part of the passing game and improvements are made at wide receiver, the 49ers could have a potent collection of talent for Garoppolo to take advantage of.