Washington Redskins head coach Ron Rivera put the NFL Scouting Combine on a spin when he announced, unprompted, that the team would have quarterbacks Joe Burrow and Tua Tagovailoa in for private workouts and meetings before the 2020 NFL draft.

The Redskins, who drafted Dwayne Haskins at No. 15 overall last year, are doing more than their due diligence, Rivera said. The best option for the team will be the team's pick regardless of who it selected last year, according to one coach I spoke with while in Indianapolis.

This doesn't seem like your normal predraft buzz, but is it? We're seven weeks from the draft; could Rivera and Co. be playing the long game to entice needy teams to give up a fortune in draft capital to come up to No. 2 overall, or is he simply lighting a fire under his soon-to-be sophomore quarterback in Haskins?

That's the question I've spent a week trying to answer. And to do so, I went right at those who know Rivera, lead personnel man Kyle Smith and the Redskins roster.

"You know that pick [Haskins] was all the owner, right?" That's how one top personnel man for a rival team answered my text. Redskins owner Daniel Snyder is notoriously involved in draft decisions, so if he wanted Haskins, it was on the previous regime to go get him. And according to this longtime NFL scout, that's what happened. 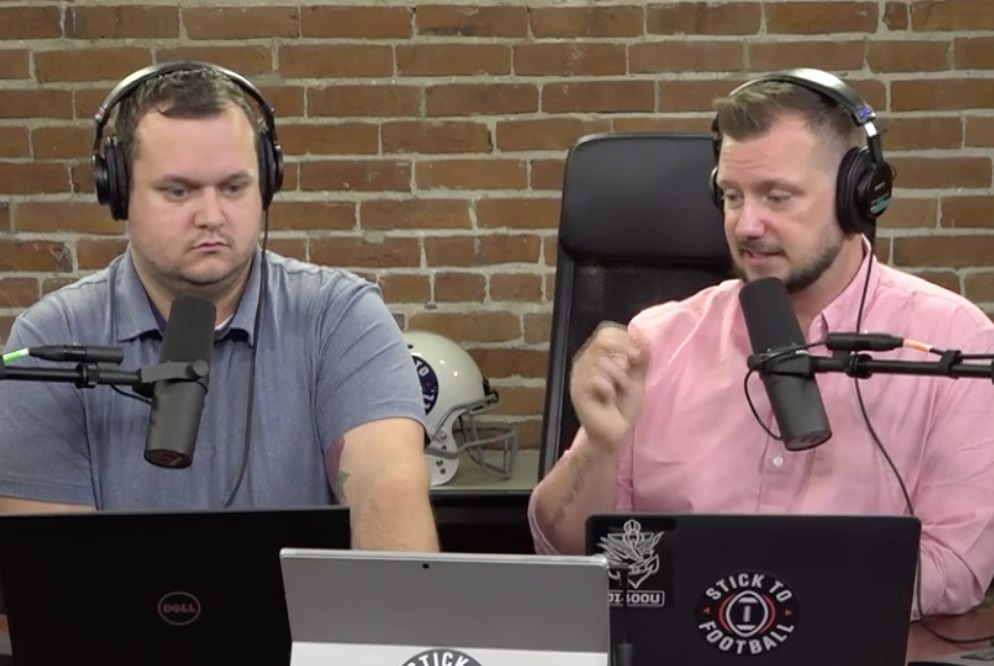 Haskins, a one-year starter at Ohio State, showed improvement while not being in the most consistent or stable environment last year. Head coach Jay Gruden was fired in early October after an 0-5 start and what appeared to be a refusal to get Haskins on the field. Rivera took the Washington job knowing what was on the roster, but he's also not shied away from talking about veteran Alex Smith battling with Haskins for the starting job.

Comparing them prospect to prospect, every scout or coach we spoke to for this article preferred Tua to Haskins. "It's really not even close," said one scout. "Even when you factor in injuries, I'd take Tua. The medicals all sound great. He's more accurate, moves better, has more touch. He's simply better."

Tua, who missed time throughout his Alabama career with ankle sprains and finally a dislocated hip, is the better prospect, but sources around the league hammered home the point that Haskins is good enough to build around. He's shown promise and deserves a chance to develop in a stable environment.

But this isn't just a question of Tua vs. Haskins. The Redskins are in position to draft one of the best pass-rusher talents the league has seen. Ohio State's Chase Young is on a level with Nick Bosa, Myles Garrett and Jadeveon Clowney as prospects—and we've seen how they've fared in the NFL. Said one scout, "Build on your strengths. Draft Young and have the second-best pass rush in the NFC. It's easy." Added another top personnel man, "You know they love drafting local kids. Young is from there (nearby Hyattsville, Maryland), and he's a rock star at the second-most important position in football. Not even Dan Snyder could mess this up."

Build on your strengths. The San Francisco 49ers rode the league's best pass rush and a run-first offense to the Super Bowl. In a copycat league, it's easy to look west and see a blueprint for success in the NFC East for Washington.

In conversations with over a dozen scouts and personnel men, I found that not one believes the quarterback buzz in Washington. One rival general manager put it like this: "It's smart, really. Let it out there you are doing quarterback work and hope someone offers you three first-rounders for the pick—because that's game-changing capital. Otherwise you draft Young and feel pretty damn good about it."

—The Carolina Panthers have a deal in place to trade offensive guard Trai Turner to the Los Angeles Chargers for offensive tackle Russell Okung, according to ESPN's Adam Schefter. Turner, a 26-year-old guard with two years left on his deal, is being sent straight up for the 31-year-old tackle.

Something I've said for months on Stick to Football and Twitter is that many sources around the league think the Panthers will attempt to "tank" for Trevor Lawrence (Clemson) in the 2021 class. Moves like this one make it hard to imagine they're trying to win in 2020.

For the Chargers, this could open the door to an offensive tackle being the selection at No. 6 overall if they don't love the quarterback options on the table. There is considerable buzz that they feel good about Tyrod Taylor as the starter for 2020, and this move could signal that left tackle is the top need this offseason.

—The free-agent quarterback market is led by huge names—Tom Brady, Drew Brees, Philip Rivers—but after conversations at the NFL Scouting Combine last week, I found that the market could be very poor with future Hall of Famers not commanding big money on the market.

Brees will return to the New Orleans Saints on a deal very similar to his $23 million salary for 2019. Brady and Rivers are still wild cards, but most league insiders do not expect groundbreaking deals for either veteran quarterback.

—Speaking of Philip Rivers, many around the league expect him to land with the Indianapolis Colts. Given that Jacoby Brissett is also on the roster, forget about a Round 1 quarterback for Chris Ballard's team if Rivers signs. The Colts may look to draft a developmental prospect late, but if Rivers signs as a free agent and Brissett isn't traded, cross the Colts off the early-round quarterback list for this year.

—Baylor wide receiver Denzel Mims cashed in on a good Senior Bowl week and then blew the doors off the competition at the NFL Scouting Combine with a 4.38-second run in the 40-yard dash at 6'3" and 207 pounds. Mims' stock is soaring, with a first-round selection not out of the question.

4. Sleeper of the Week

Rhode Island isn't known for putting players into the NFL, but it could have three prospects drafted this year. The top is wide receiver Isaiah Coulter, who turned in a 4.45-second run at 6'2" and 198 pounds. Coulter played against a lower level of competition in the Colonial Athletic Association, but his ability to track and attack the ball is impressive. He's shown the speed and agility to be a threat in the NFL.

3. Riser of the Week

Jalen Hurts arrived in Indianapolis with a third-round grade on my board. He left in the discussion to be a top-50 pick.

Hurts handled himself well in interviews with the media and with NFL teams, but most importantly he continued to show improved mechanics and fluidity in his passing motion. Hurts isn't being judged on who he was at Alabama or Oklahoma, but on what he can become with NFL coaching and time to develop. And that is a pretty fun idea.

2. Faller of the Week

Colorado wide receiver Laviska Shenault Jr. is a fun prospect as a yards-after-catch player who can dominate in the open field, but his poor testing at the combine and yet another injury raises red flags that he might not be able to stay healthy enough to ever make a lasting impact in the NFL.

Shenault has a comparison to Sammy Watkins in my notes, which may be unfortunately very accurate given both players' ability but struggles with injuries.

1. Stick to Football is back in studio this week with our first 2020 two-round mock draft, with all three hosts making picks.