The Washington Redskins selected quarterback Dwayne Haskins with the 15th overall pick in 2019, but it's reportedly still a "very real possibility" they take another QB at No. 2 in the 2020 NFL draft.

Michael Silver of the NFL Network reported the update Friday and noted the chances of the Redskins taking a quarterback will further increase if Alabama signal-caller Tua Tagovailoa receives a clean bill of health after suffering multiple injuries during his final season with the Crimson Tide.

Haskins posted eye-popping numbers during his final season at Ohio State to solidify himself as a first-round draft prospect. He completed 70 percent of his throws for 4,831 yards with 50 touchdowns and just eight interceptions in 14 games. He added four rushing scores in 2018.

The NFL transition has proved difficult for the 22-year-old New Jersey native, though.

He posted a 58.6 completion percentage with seven touchdowns and seven picks in nine appearances (seven starts) during the 2019 season. He fell 21 attempts short of qualifying for the passing leaderboards or his 76.1 passer rating would have ranked last among qualifiers.

Haskins explained earlier this month he's ready to compete for the starting job if the Redskins opt to add more quarterbacks before next season.

"I'm all for competition. At Ohio State, we competed every day," he said. "And I'm looking forward to whoever is there. I'm just really excited for the opportunity to lead these guys and not only be a great player, but a leader as well."

With the Cincinnati Bengals likely to take LSU quarterback Joe Burrow, the reigning Heisman Trophy winner, with the first pick, Tagovailoa should be there for the Redskins if they're interested.

The Alabama standout completed 69.3 percent of his attempts for 7,442 yards with 87 touchdowns and 11 interceptions in 32 appearances across three years with the Tide.

Talent-wise there's little doubt he's a top-five prospect, but injuries are a concern. He suffered a high-ankle sprain during each of the past two seasons, and then his 2019 campaign came to a premature end after he suffered a dislocated hip, broken nose and concussion in November.

Important timeline for Tua: Docs say hip is healed but there’s an important post combine scan in a month to make sure there’s no cartilage build up. Recent scan showed no build up but 4 mo. mark post surgery is when it could happen. Clean scan=final assurance of long term health.

If all the medical reviews come back clean in the coming weeks and Tagovailoa is able to demonstrate his health at his personal pro day he's planning for April 9, his draft stock should peak at a perfect time.

At that point, the Redskins can either select Tagovailoa themselves or put the No. 2 pick on the trade block in search of a king's ransom from a quarterback-needy team before the draft gets underway April 23 in Las Vegas.

Local Products Logan Thomas, Kendall Fuller And Sean Davis Are "Happy To Be Home" As Redskins 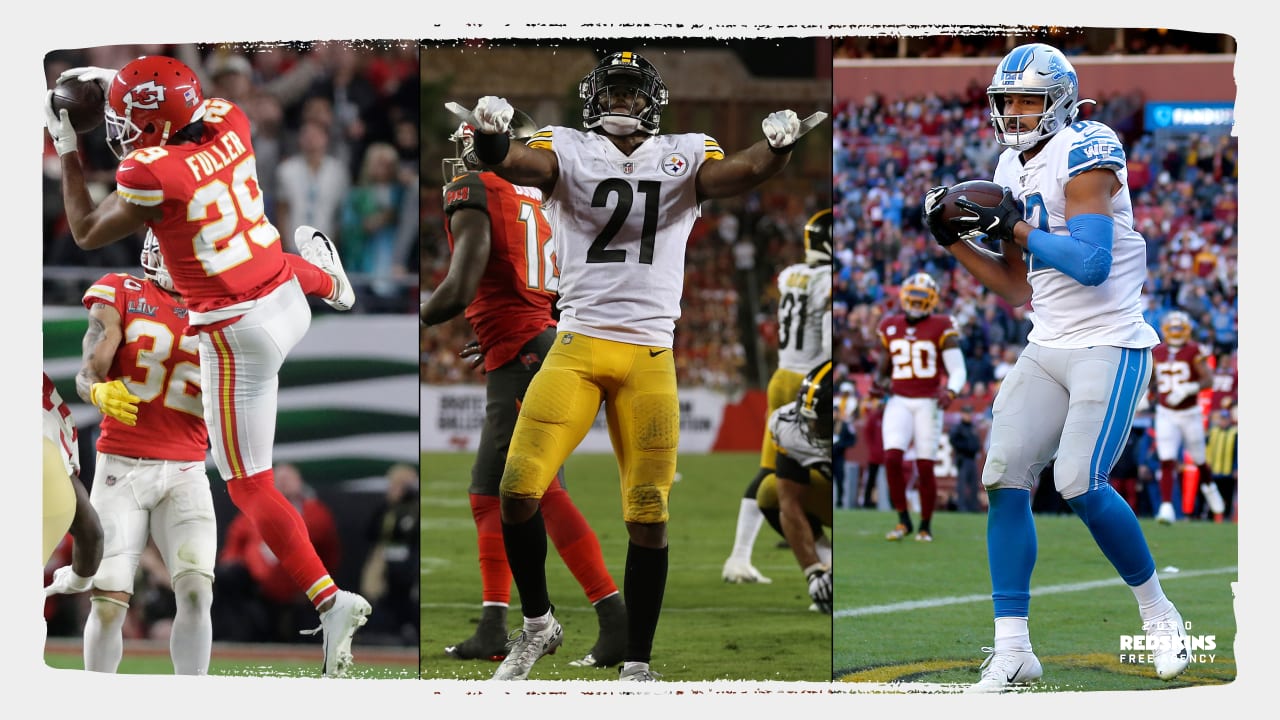 Local Products Logan Thomas, Kendall Fuller And Sean Davis Are "Happy To Be Home" As Redskins