The 2020 NFL Scouting Combine is set to begin Sunday, with tight ends, quarterbacks and wide receivers arriving in Indianapolis.

Over the next week, many prospects will have opportunities to improve their draft stock by nailing interviews, performing well in individual drills and workouts and by passing combine medical evaluations. For some players—like recovering Alabama quarterback Tua Tagovailoa—draft positioning could hinge almost entirely on the combine process.

One thing is certain: The draft picture looks quite different now than it will two months come April 23. 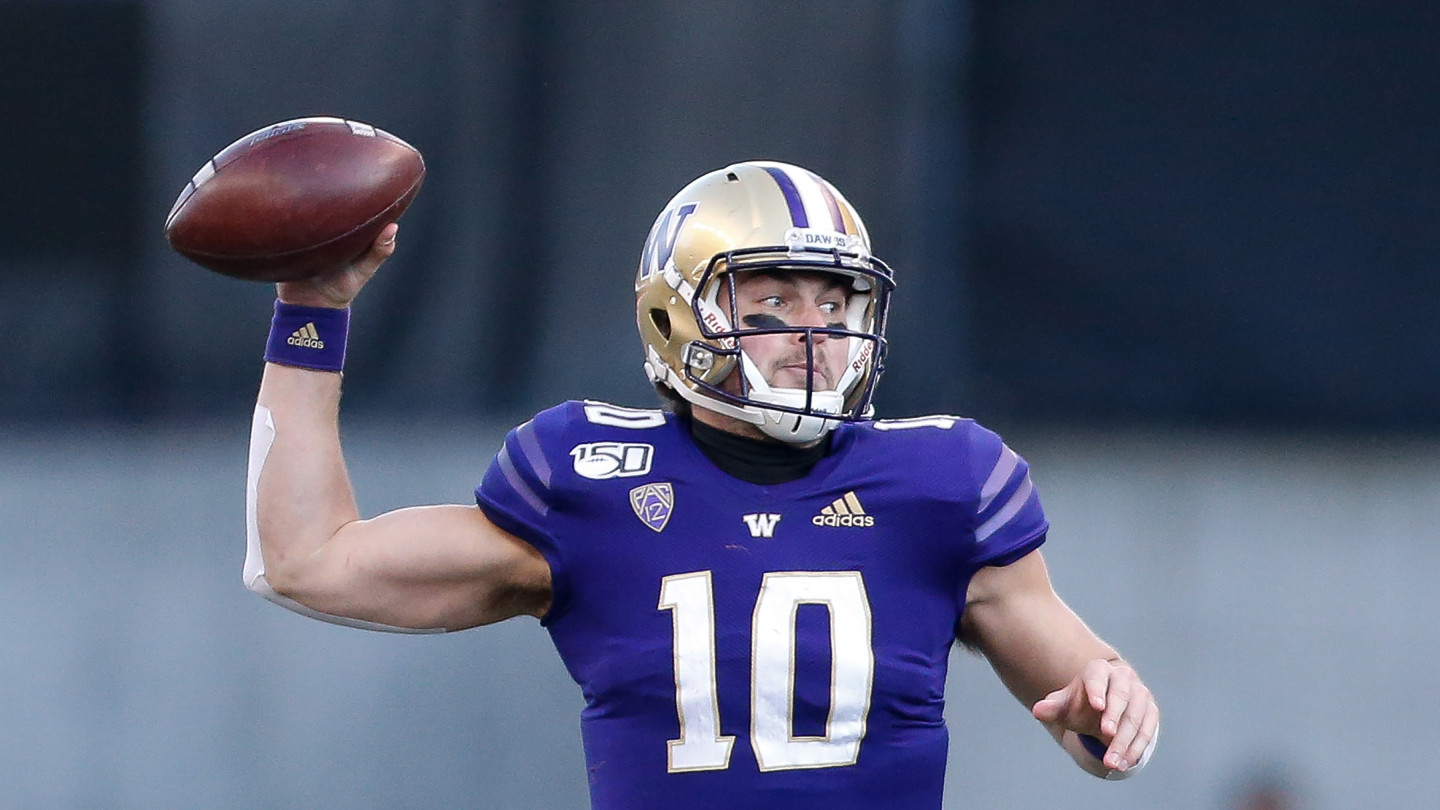 We know that LSU quarterback and reigning Heisman winner Joe Burrow is likely to go at the top of Round 1. Tagovailoa could soon follow if his medical checks are satisfactory. Oregon's Justin Herbert has also been trending as an early first-round selection.

Washington's Jacob Eason is now also being spoken about as a potential first-round quarterback.

NFL.com's Chad Reuter recently put Eason at No. 13 to the Indianapolis Colts in a mock draft.

Eason can continue climbing with a strong performance at the combine. He should be able to wow NFL teams with his physical skills and arm talent, which could cause some to dismiss his on-field inconsistencies and so-so 8-5 record in 2019.

Once pegged as a late first- or early second-round pick—Bleacher Report draft analyst Matt Miller had him at 22nd overall back in December—any momentum Clemson cornerback A.J. Terrell carried into the College Football Playoff has subsided.

This is partially due to other defensive backs emerging through the pre-draft process and partially because Terrell had a disastrous outing against LSU in the title game.

Terrell could still be a high second-rounder, but he has some ground to make up at the combine.

"Terrell has a couple of reasons as to why he has slipped," Mark Johnson of FantasyPros wrote. "The first is that his most recent game was one quarter of him shutting down some of the best receivers in the nation, then getting destroyed for the next three quarters. Along with that, the emergence of other corners like Cameron Dantzler and Jeff Gladney has pushed him down many boards."

A poor week in Indianapolis could have Terrell continuing to slide.

One of Terrell's opponents in the College Football Playoff National Championship, LSU edge-rusher K'Lavon Chaisson, is trending in the other direction. The redshirt sophomore had a strong campaign in 2019—60 tackles, 6.5 sacks—but it's his physical traits that have him rising.

"The on-field is superb and good enough that he is already ranked No. 10 overall on my updated big board, but the workouts are expected to be dynamic," Miller recently wrote of Chaisson.

This suggests that Chaisson will thrive at the combine and could move himself into top-10 consideration. Considering how inexperienced he is, that would make for an impressive rise.

Chaisson missed almost the entire 2018 season with a knee injury and spent much of his high school career focusing on basketball instead of football. That ACL injury could concern some teams, so combine medical checks will also be important for Chaisson. However, it's entirely possible that he's considered one of the class' best defenders a week from now.