Colorado Rockies third baseman Nolan Arenado signed an eight-year, $260 million extension with the team in February 2019, but his name has been involved in trade rumors this offseason.

Arenado spoke with Tim Brown of Yahoo Sports on Friday and noted that there is currently a "disconnect" between him and the ball club as spring training is underway:

"To be honest with you, there is a disconnect right now, right? There's a little bit of a disconnect. But that doesn't mean it can't be fixed. It doesn't mean that I'm not gonna go out there and play hard for my teammates. Or be a negative presence in that locker room. That's just not me. It's not how I'm going to do things. I'm not going to be there trying to show them I don't want to be there. I'm not going to be that way. That's not fair. That's drawing attention to me.

"I know there's already been attention toward me right now. That's not really my style. I'm not trying to put my teammates in a bad position. You know? That's not really my thing. They know I'm going to go out there and play hard. There is a little bit of a disconnect for sure. But, like I said, that doesn't mean I can't go out there and play hard. That doesn't mean that I'm going to have a bad attitude. It means there's a disconnect. And I've got to move on from it. I don't need to surround myself with the negativity, because that's going to factor in my performance."

Arenado is a five-time All-Star, five-time Gold Glove winner and five-time top-eight finisher in the National League MVP voting. He has hit no fewer than 37 home runs and knocked in no fewer than 110 runners in each of his past five years.

He's unquestionably one of the top 10 players in the game, but the Rockies struggled last year to a 71-91 record, just one game ahead of last place in the National League West.

The logical question is whether Colorado would consider a rebuild after a down season following a 2018 campaign in which they made the playoffs. That would undoubtedly involve their top asset in Arenado, who could return a haul in return.

Rockies general manager Jeff Bridich told the Denver Post in January that he took calls on Arenado but that talks have been closed for now.

In response, Arenado told Patrick Saunder of the Denver Post that he felt "disrespected over there" and that his frustrations involved more than recent trade rumors.

Arenado's feelings on Bridich are very clear, as he sent this text to Troy Renck of Denver7.

"Jeff is very disrespectful. I never talk trash or anything. I play hard, keep my mouth shut. But I can only get crossed so many times."

Prospects for the Rockies this season aren't great, with Caesars Palace listed them with a 74.5-win over/under total. Still, Arenado is the main reason why the Rockies could surprise and be competitive this year given his incredible talents at the dish and hot corner.

The Rockies will begin their 2020 season on Thursday, March 26 against the San Diego Padres on the road.

Power-Ranking the NL West: Where Do Rockies Land?

Power-Ranking the NL West: Where Do Rockies Land?

Markakis on Astros Scandal: 'Every Single Guy Over There Needs a Beating'

Markakis on Astros Scandal: 'Every Single Guy Over There Needs a Beating'

Who will be the Rockies’ 2020 Opening Day starter? 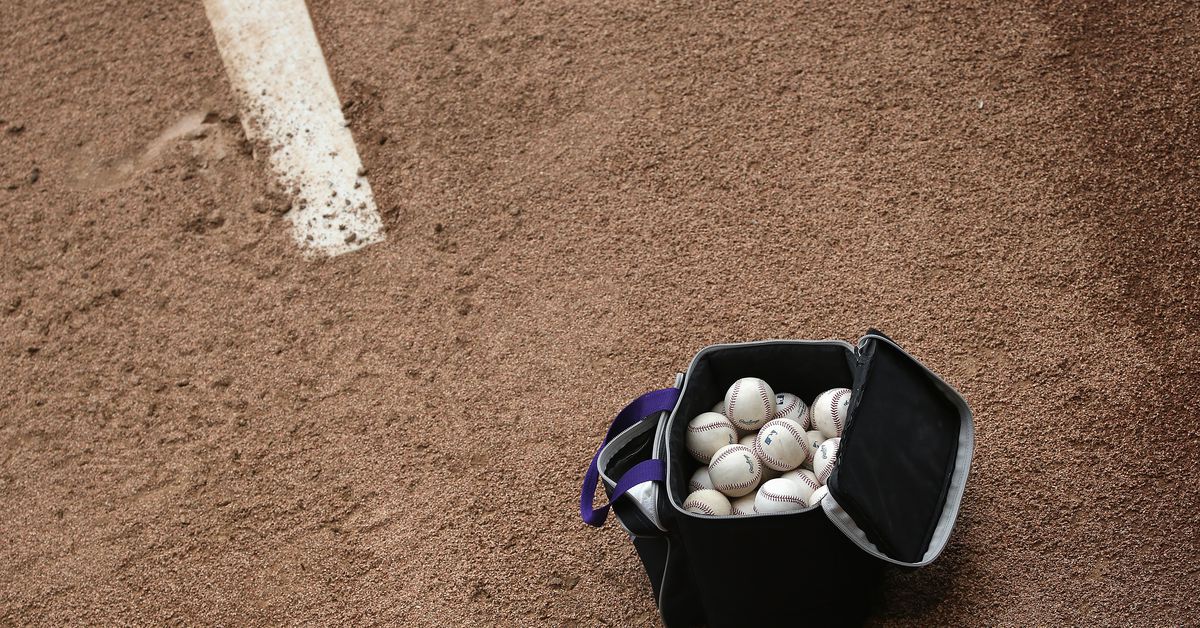 Who will be the Rockies’ 2020 Opening Day starter?

Manfred Is the Other Big Loser in Astros Scandal

@ZachRymer says the commissioner isn't helping the scandal blow over

Manfred Is the Other Big Loser in Astros Scandal