LOS ANGELES — The NBA's trade deadline will be partially shaped by a recent league memo, reducing the salary-cap projection for the 2020-21 season from $116 million to $115 million and the luxury-tax threshold from $141 million to $139 million.

For those franchises either prioritizing free agency this summer or looking to avoid a tax bill, Thursday's trade deadline may be an important step toward reaching those goals.

That may not be a blockbuster list, but teams falling out of contention want to start planning ahead to next season. Some covet draft picks, while others will be satisfied with financial relief.

So, how exactly will a $115 million salary cap impact teams after the season when free agency begins in July? 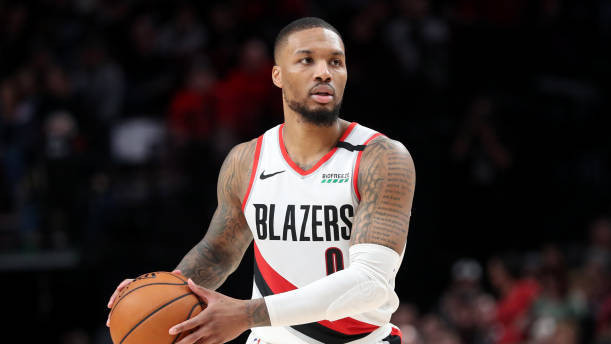 At $115 million, maximum salaries will start at $28.75 million for players with fewer than seven years of NBA experience. The max for seven- to nine-year vets will be $34.5 million, and for those with over 10 years of experience, it will be $40.25 million.

That's unfortunate for Ben Simmons and Jamal Murray, who signed extensions with the Philadelphia 76ers and Nuggets, respectively, this past summer. Their salaries will drop from $168.2 million over five years to $166.75 million. Pascal Siakam's $129.92 million extension with the Toronto Raptors will also dip to $128.8 million.

Davis, who is expected to opt out of his contract with the Los Angeles Lakers, will now be eligible to sign for up to five years at $200.1 million, down from the $201.84 million at a $116 million salary cap (although he may choose to sign a shorter-term contract).

Teams would be required to spend at least $103.5 million on their rosters.

The league also gave out a new $139 million luxury-tax threshold, down from its previous projection of $141 million. That lower figure will limit how most teams spend next season, as most franchises prefer to stay under the tax, both for flexibility and financial considerations.

Most teams are expected to be above the cap next season. The lower tax line could put a chokehold on spending, since the main spending tools will be the full mid-level and bi-annual exceptions, but both lock in a hard cap at roughly $145.47 million.

This past summer saw a resurgence in sign-and-trade transactions, which is also a hard-cap trigger. Since most teams prefer to stay below the tax, a hard cap may not be significant, except for teams in contention that are looking to add the final pieces to win a title.

The list could grow if players such as Mike Conley (Utah Jazz), Hayward (Boston Celtics) or DeRozan (San Antonio Spurs) opt out of their contracts. But using some general assumptions, the following teams project to have under-the-cap spending power this summer:

That list assumes the New Orleans Pelicans re-sign Ingram, who will be a restricted free agent. Without him, the team would have about $33 million in cap space. It also pencils in VanVleet re-signing with the Raptors, who could get to about $30 million without him.

Several teams may be able to near $10-15 million under the cap, but most if not all in that range will choose to stay over the cap, retaining their mid-level and bi-annual exceptions.

Once teams under spend to the salary cap, they gain the room exception.

Teams in or Near the Tax

The Rockets were originally on this list, but by dealing Capela's multiyear deal for Robert Covington's—while also sending the Nuggets their first-round pick—they will have a little more flexibility under the tax line this summer.

Over the Cap, Under the Tax

The rest of the league will be somewhere in between.

For instance, the Nuggets' team salary drops to $96.2 million with just Nikola Jokic, Gary Harris, Will Barton, Michael Porter Jr., Vlatko Cancar and Murray. But the franchise will need to add at least eight more players, possibly re-signing free agents Paul Millsap and Mason Plumlee. If Jerami Grant chooses to opt in at $9.3 million and Millsap and Plumlee are priorities, Denver could easily end up near or even over the tax line, limiting its access to the full mid-level exception.

A team such as the Indiana Pacers should be able to spend both its full mid-level and bi-annual exceptions. The Pacers may get to a hair under the tax line at approximately $138.9 million, but they'd stay below. As a smaller-market team, a hard cap wouldn't be especially significant, since Indiana is unlikely to go over the tax threshold itself.

Every team has to factor in its budget, its cap position and its competitiveness. While it's difficult to predict July's free agency in February, these are the details teams take into consideration when planning for the near future.

How badly did the Daryl Morey tweet hurt the NBA?

While an exact figure isn't available, the $1 million drop in salary-cap projection gives us a hint.

While leaguewide income could have dropped for other reasons, several executives place the blame on the pro-Hong Kong tweet from the Rockets general manager that strained the NBA's relationship with China.

"We expected the cap to dip once the situation with China came up," one executive said. "It's unfortunate."

Using the most basic math, if the league lost $60 million in income for the 2019-20 season—with the players getting a 50-50 split—a $30 million drop would hit each team by a $1 million dip in the salary cap. The actual calculations are far more complex, but this can at least paint a simple picture.

Some feared that figure would be significantly higher. ESPN's Adrian Wojnarowski and Bobby Marks wrote, "China's decision to pull sponsorships and television coverage ... is believed to have cost the NBA anywhere between $150 million and $200 million."

The article also suggested the cap "could drop as far as $113 million," so the $115 million number might indicate the loss wasn't quite as steep.

The league is scheduled to give its next projection in April.