Baltimore Ravens head coach John Harbaugh came to the defense of quarterback Lamar Jackson during his season-ending press conference Friday following the team's 28-12 loss to the Tennessee Titans in the AFC Divisional Round of the 2020 NFL playoffs last weekend.

Harbaugh pointed to Jackson's age and the limited amount of postseason success or opportunity some of the greatest quarterbacks in history had early in their careers:

"He's 23 years old. He's younger than Joe Burrow, OK? So he's got a pretty good head start right now. I mean, he's along the way. The Manning brothers combined to ... they had five losses in their first five playoff games before they won one. [Joe] Montana, [Steve] Young and [Brett] Favre didn't start a playoff game until their third season. [Drew] Brees and [Troy] Aikman until their fourth season, and [Aaron] Rodgers until his fifth season. Interesting."

Jackson is the presumptive regular-season MVP after throwing for 36 touchdowns and running for seven more across 15 games in his first year as the Ravens' full-time starter. Baltimore finished the campaign 14-2.

His numbers from the loss to Tennessee aren't terrible. He completed 31 of 59 throws for 365 yards with one touchdown, two interceptions and a lost fumble, and he had 143 rushing yards on 20 carries.

However, the Ravens were playing from behind virtually all game, inflating his stats as the team tried to make a comeback. Jackson threw an interception on Baltimore's first possession, and the Titans scored on the ensuing possession to take a lead they would never relinquish.

Jackson didn't guide Baltimore to a score until there were less than six minutes left in the second quarter, and the team's only touchdown didn't come until early in the fourth.

"We just beat ourselves," Jackson told reporters after the loss. "We had, well, I had a lot of mistakes on my behalf. Three turnovers, that shouldn't happen. They came out and played. We just started off slow. We just got to do better next time."

One playoff game doesn't erase his massive success during the regular season, though. Harbaugh met with his franchise QB on Wednesday and came away confident in the future.

"Without getting into what they are specifically, he nailed it, the priority list, in the exact same order that [offensive coordinator Greg Roman] and I nailed the priority list when we were talking on Monday," Harbaugh said Friday.

None of the Ravens' major offensive contributors are potential unrestricted free agents, and Roman, who generated some head coaching buzz, remains with the team. Jackson and the offense are set up for another big year in 2020 despite the disappointment of the early playoff exit. 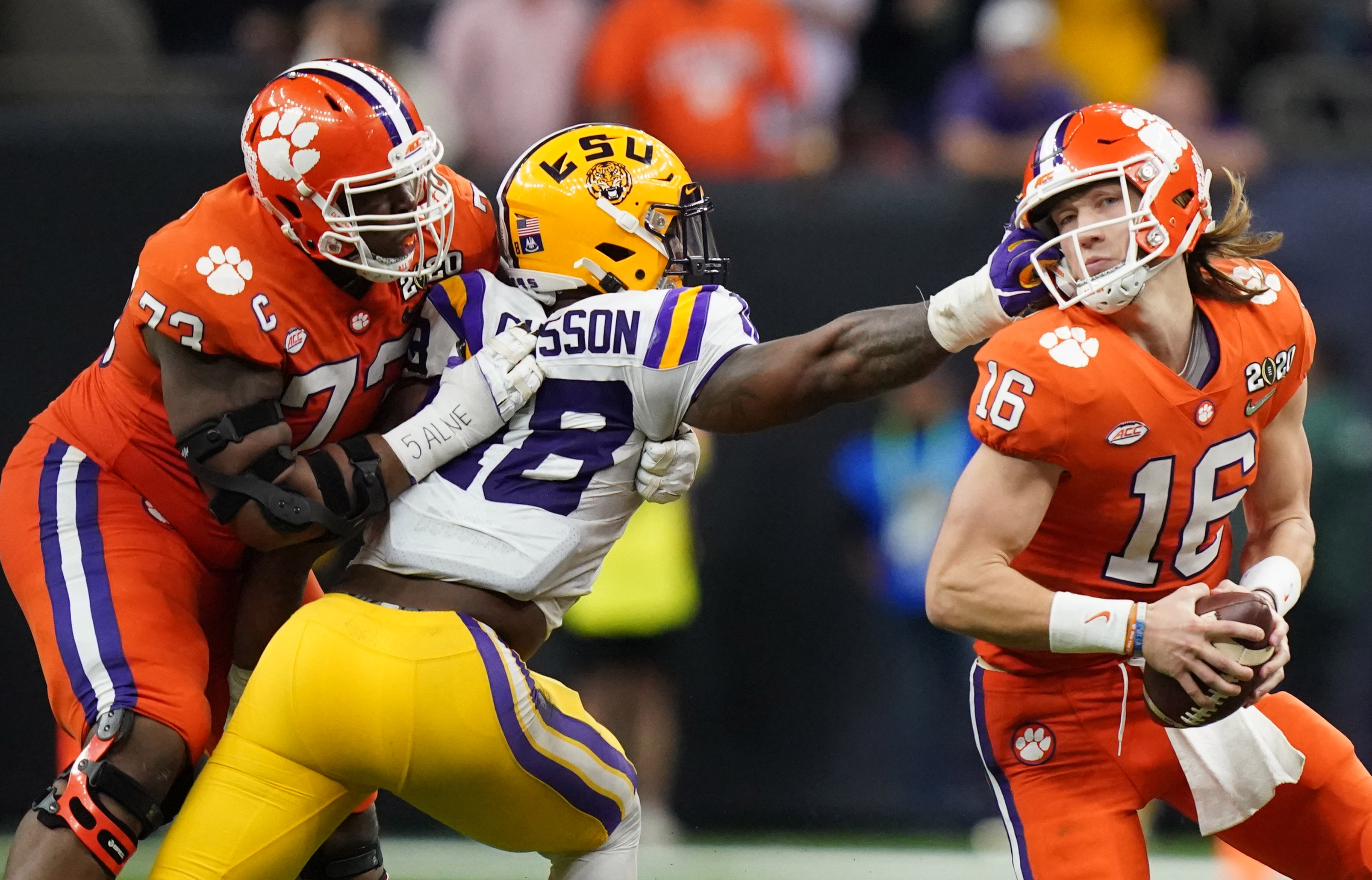