Two quarterbacks in NFL history have passer ratings above 100. One is Aaron Rodgers of the Green Bay Packers, and the other is Russell Wilson of the Seattle Seahawks.

Both are headed to the Hall of Fame, both have a Super Bowl win on their resume, and both are still trying to refine their legacies on the north side of 30.

And both will be on the field at Lambeau next Sunday.

Including the playoffs, it'll be the eighth-ever meeting between the superstar NFC quarterbacks. Wilson has won four of the first seven, including a comeback victory at home en route to the Super Bowl in the 2014 playoffs.

It'll be the Seahawks coming to Lambeau Field next Sunday. Russell Wilson's 81.9 career passer rating against the #Packers is his lowest against any NFL opponent.

But all of those meetings took place before Rodgers suffered a fractured right collarbone in 2017. The reality is he hasn't been the same player since then. Prior to that injury, the two-time MVP had a career passer rating of 104.1. Since then, his completion rate has dropped by about three percentage points, and his passer rating has plummeted to a barely above-average 95.6. 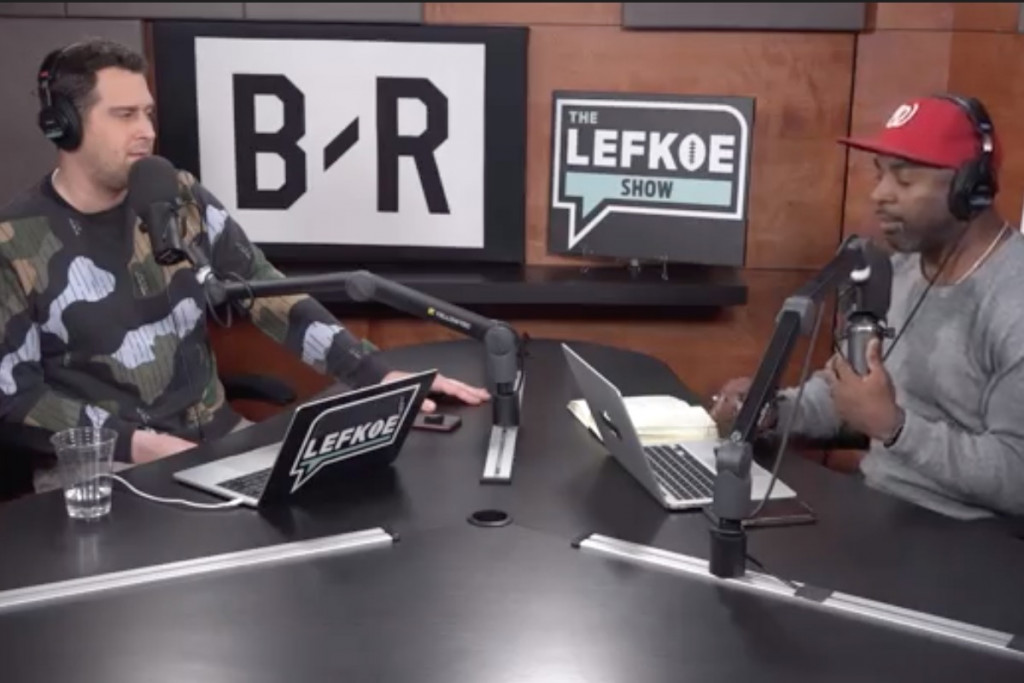 Meanwhile, Wilson is coming off quite possibly the best season of his eight-year career.

Despite a slew of injuries and limited support on both offense and defense, the two-time NFC champ led the Seahawks to an 11-5 record and the second round of the playoffs thanks to his remarkable deep passing and poise under pressure. He generated 34 passing and rushing touchdowns while throwing a career-low five interceptions, he finished tied for the league lead with four fourth-quarter comebacks, and he and Patrick Mahomes of the Kansas City Chiefs were the only quarterbacks in the league with 110-plus ratings on 100-plus deep passing attempts during the regular season.

And the 31-year-old continued to carry the Seahawks on his back on Wild Card Weekend. Even with opposing defensive stud Fletcher Cox on a tear, and with very little help from a depleted running game, Wilson completed four deep passes of 24-plus yards, generated more than 25 yards on two other passing plays and rushed for more than 15 yards on a pair of scrambles as Seattle topped the Philadelphia Eagles 17-9.

In a heroic road performance in a hostile environment against a resilient opponent, he and the Seahawks converted on five of seven attempts on 3rd-and-10 or longer (excluding a fourth-quarter kneeldown). That included a 24-yard pass to DK Metcalf on a 3rd-and-11 (which led to a field goal), a 38-yarder to David Moore that set up a second-quarter touchdown, a ridiculous 18-yard scramble on 3rd-and-15 and a 36-yard rainbow to Metcalf to put the game away in the dying moments.

His clutch play enabled Seattle to win despite 11 penalties to the tune of 114 yards (compared to just 45 penalty yards for Philadelphia), despite facing lots of pressure from a savage Philly defensive front and despite the fact that Seahawks backs Travis Homer and Marshawn Lynch rushed for a combined 19 yards on 17 carries.

Wilson accounted for 370 of the team's 382 offensive yards.

But the Packers are in better shape than the Eagles, who have been annihilated by injuries and were forced to use 40-year-old backup quarterback Josh McCown for the majority of Sunday's game. Rodgers is still Rodgers, and he and his experienced supporting cast will have had two weeks to prepare for Sunday's divisional-round matchup with Wilson and Co.

Unlike the Eagles in the wild-card round, the Packers are favored.

Yet that shifts the pressure to Rodgers, who certainly has less gas left in his tank than Wilson. It'll eat Wilson up if he falls to 0-4 in his career in Green Bay, but he's still been to twice as many Super Bowls as Rodgers, who is five years his senior.

Few expected the Seahawks to be here. There are very few excuses for the Packers if they don't prevail.

Unlike Wilson, Rodgers has a healthy and productive running game at his disposal. The former lost his top three backs in the final month of the regular season, while top Packers backs Aaron Jones and Jamaal Williams combined for 2,271 scrimmage yards and 25 touchdowns this season.

Jones ranked fourth at Football Outsiders in DYAR (defense-adjusted yards above replacement) as a rusher, while Williams ranked in the top 10 at the position as a receiver.

Unlike Wilson, his defense has two top-notch, healthy edge-rushers in Za'Darius Smith and Preston Smith (not to mention Kenny Clark inside). And he also surely has a stronger and more stable offensive line than the one that was bullied over and over again by Cox, Derek Barnett and the Philly defensive line Sunday.

At Football Outsiders, Green Bay's line outranked Seattle's line by a wide margin in terms of both adjusted line yards and adjusted sack rate during the regular season.

But because this is the NFL in 2020, most of the focus next Sunday evening will be on two players—both of whom are trying to leap obstacles to improbably capture a second championship. And because it's the NFL in 2020, the legendary quarterback who plays best at Lambeau Field next Sunday is likely to represent the team that remains alive next Monday.