Luka Doncic slipped up in Indianapolis. The Dallas Mavericks rookie picked up his first career ejection against the Indiana Pacers in January. It was a blemish on an otherwise remarkable introduction to the United States for the young Slovenian, who is enjoying one of the best teenage seasons in NBA history. It was a needless infraction, a cultural misunderstanding when two sports—basketball and football—collided. Something was lost in translation.

The Mavericks lost the game 111-99. Doncic had a poor night at work, shooting 3-of-14 and missing all five of his three-point attempts. With three minutes left in the third quarter, the Pacers made a layup to extend their lead to 13 points. As the ball bounced lifelessly below the hoop following the made basket, Doncic tried to kick it skyward.

"Luka Doncic looking like Luka Modric here," said the game's announcer, referencing Real Madrid's star footballer and holder of the Ballon d'Or award. Instead of shooting upward and returning to Doncic, the basketball flew to the left and landed in the stands. Doncic's touch with his boot was off. For the gesture, the ref called a technical foul, which was his second in the game, so he got an early shower.

Doncic was baffled. Reporters huddled around him after the game ended. He explained that he didn't kick the ball intentionally out of the court. He said it with a warm smile. Nor did he know—coming from a European basketball league—that you can get ejected for doing it. He never knew the rule, he claimed. Wasn't he doing it out of frustration, he was asked. Nope. Just some old football instincts were kicking in.

"I was trying to, how you say, juggle the ball. For sure. It went out of bounds. I gotta work on my soccer skills," he said.

"I've just got to work on my soccer skills," - @Luka7Doncic 😂😂 Doncic talks to the media after his first NBA ejection saying he how he learned a new rule today. #MFFL | @DallasMavs https://t.co/95tzpWAQu8

A curious and notable aspect of Doncic's career is that he developed as a professional basketball player on the same site as the one Real Madrid manufactures its home-grown footballing stars. Players like Raul, who is back at the academy training the club's under-18 football team; Spain's FIFA World Cup-winning captain Iker Casillas; and current squad members like Dani Carvajal, Marco Asensio and Lucas Vazquez all learned about business on the same grounds as Doncic.

Real Madrid's dream factory, which dates back to the 1950s and is known as La Fabrica, moved to Valdebebas, a state-of-the-art facility on the northeast suburbs of Madrid a few years ago; a 12-year-old Carvajal, along with club legend Alfredo di Stefano, laid its foundation stone in 2004. It has all the hallmarks of a space-age programme—the finest of training equipment, pristine living conditions, comforts like a cinema and Turkish baths but with the air of serious endeavour.

Doncic—who was born in Ljubljana, the small capital city of Slovenia, in February 1999—joined Real Madrid's academy in 2012, signing a five-year contract with the club. He was only 13 years of age. Already, great things were expected. He had knocked down his first three-pointer when he was six years old. In April 2015, he became the youngest player in Real Madrid's history to debut in La Liga. He had only recently turned 16—a basketball phenomenon who harboured a great passion for football, too.

Doncic—like a lot of athletic prodigies—fooled around with all kinds of sports when he was a young kid, including football, but he quit the sport, according to an interview his mother gave, because he was "too tall." In total, he played formal football for four years. He was a striker. Good in the air, he likes to joke. There is footage of him online doing keepie-uppies with a basketball while on the hardwood with some Real Madrid basketball teammates. He ain't bad.

Oscar Rodriguez Arnaiz—or Oscar as he's known—is an attacking midfielder on loan from Real Madrid to Leganes and one of La Liga's breakout stars this season. He scored against Barcelona in September in one of only two league defeats by Barca this campaign. Oscar was in the same class as Doncic at La Fabrica. He remembers Doncic had a decent touch when the academy graduates used to mess around on the patio during downtime from training and their studies.

"Yeah, he used to try to play football with us," says Oscar. "He wasn't as good as he is at basketball, but he could hold his own. He could do the basics. He wasn't too bad, really. He loved football, but what he preferred above all was to watch it. He loved the game."

Fran Martinez—who is back playing with his hometown club, Cartagena, having spent two seasons living at La Fabrica honing his goalkeeping skills—confirms Doncic was an avid football fan.

"We were in the same class and, actually, we lived together as well," says Martinez. "He is a big football fan. He's very madridista—he really loved Real Madrid's football team. He was definitely one of the basketball players that liked football. I remember in the patio a lot of times we played football together and he used to go to Bernabeu for matches. When he was living with us in the residence, we used to go all together in a bus to the stadium. We went there all the time—we used to get comp tickets—and then when he went to live outside the residence in his own place he used to go on his own.

"We had a great time cheering on Real Madrid at the games, singing the typical terrace songs for Real Madrid like "La Decima Copa de Europa"—I remember we used to sing that one—and of course if Real Madrid won, when we came back on the bus we were very happy boys."

Doncic was a good mixer. "He was a very good guy," says Martinez. "He was funny. He was always ready to have a laugh, but when it was time to put the head down, to stay quiet, he did that as well." Oscar has the same memory. "He was muy simpatico, very friendly," he says. According to an interview Pablo Laso, his old basketball coach at Real Madrid, gave to El Pais, Doncic was "the kind of boyfriend every parent would want for their daughters."

Ruben Yanez plays with Getafe, one of La Liga's surprise packages this season and comfortably in the UEFA Champions League places with 10 games to go. His trajectory in football coincided with Doncic for several years at Real Madrid, both at academy level and when the pair made the step up to their first teams, respectively. Yanez was a back-up goalkeeper in the Real Madrid squad that won a league and UEFA Champions League double in 2017.

"I had a very good relationship with Luka because when I got onto the first team, both football and basketball teams did a lot of things together," says Yanez. "Like at Christmas we used to go to hospitals to give presents to the children. I was in the same group as Luka for giving presents. Or we used to have our Christmas meal with the club together."

Yanez says Doncic knew all of Real Madrid's players, including Cristiano Ronaldo, who left for Juventus last summer, the same time Doncic departed for the NBA as third pick in the 2018 draft.

"He knew all of the first-team football squad when he was there," says Yanez. "Sometimes we'd meet at the restaurant in Valdebebas—you eat there when you have a match—but we trained at different times. We trained in the morning; basketball players train in the afternoon, then and now. We didn't share a gym. And Valdebebas is very big so you don't really cross paths much out there. It's rare. At the end of the day, it's where you're working. You train. You eat. You go home."

Yanez—who is five years older than Doncic—never saw the basketball star play football. Once Doncic was a full-time senior pro, it wouldn't have been advisable to muck around in another sport.

"Luka likes football for sure," says Yanez. "As footballers, we played basketball to have fun, but it's true the basketball players never organised themselves to play football. It would have been very funny to see them play because they're so big—how difficult it would be for them to move.

"Amongst Real Madrid's footballers, the biggest basketball fan is Sergio Ramos. He has been the most vocal. He likes it a lot. Also after our pitch training, we did work in the gym, and beside the gym we have basket hoops so we could play basketball. We always played. With Sergio and Lucas Vazquez, Nacho, Luka Modric. Luka might not have been a great basketball player because of his height but he has a very good wrist. Isco was very good at shooting as well. Lots of three-pointers."

Doncic closed out his career with Real Madrid in impressive style, bagging a Euroleague title and finishing the season as the league's MVP. Then, it was time to move west. His old cohorts on the football side of the house—who had also just won three UEFA Champions League titles on the trot—weren't surprised to see him go.

"We always knew Luka was a very good player," says Yanez, "and everybody from his team said all the time, 'This boy will be in NBA.'" 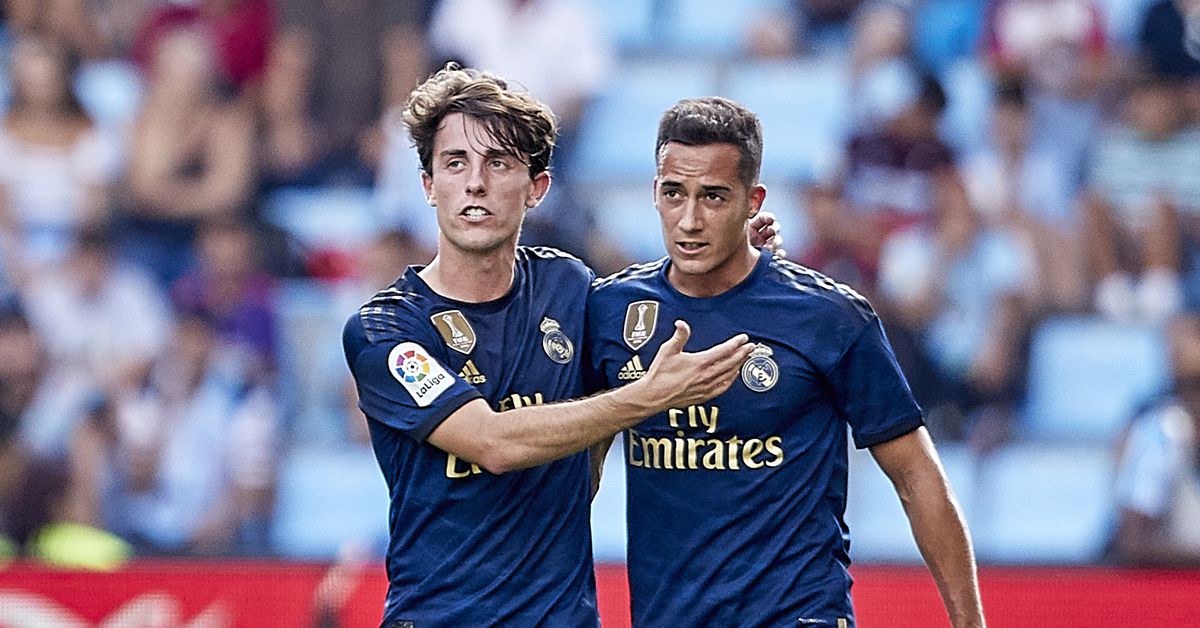 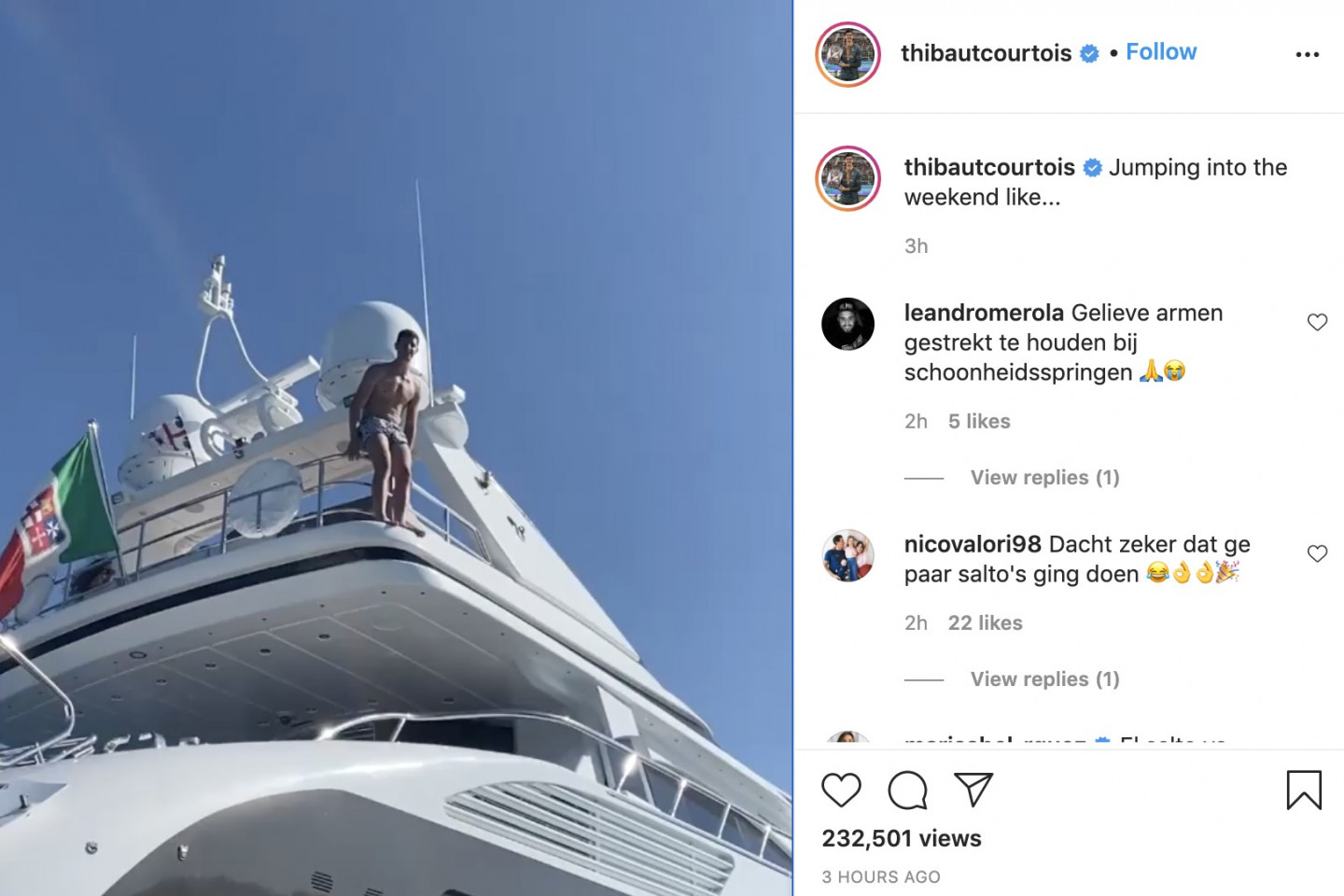 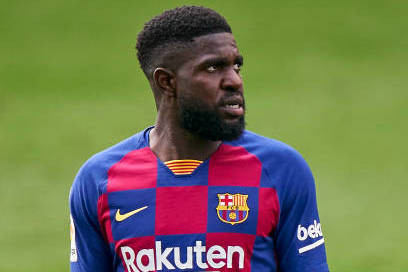