The Dallas Mavericks have reportedly agreed to trade veteran forward Harrison Barnes to the Sacramento Kings in a multiplayer deal Wednesday.

According to Adrian Wojnarowski of ESPN, Dallas will send Barnes to Sacramento for Justin Jackson and Zach Randolph.

Wojnarowski also noted the Mavericks are expected to discuss the 37-year-old Randolph's future with him and that the veteran big man could be released.

Marc Stein of the New York Times reported Thursday morning that "Randolph appears headed for what will be a sizable buyout market after Sacramento dealt him to Dallas in the Harrison Barnes deal." Stein noted he was told the Mavericks "won't necessitate that Randolph reports."

Barnes has enjoyed a solid season in Dallas. Through 48 games, he's averaging 17.8 points and 4.3 rebounds while shooting 39.0 percent from three.

While the Mavericks are still within striking distance of the Los Angeles Clippers for the final playoff spot in the Western Conference, flipping Barnes for assets was a wise move.

For one, the Mavs shed Barnes' contract. He's making $24.1 million this year and has a $25.1 million player option for 2019-20. Although Barnes could opt out and become a free agent this summer, he's likely to pick up that option. 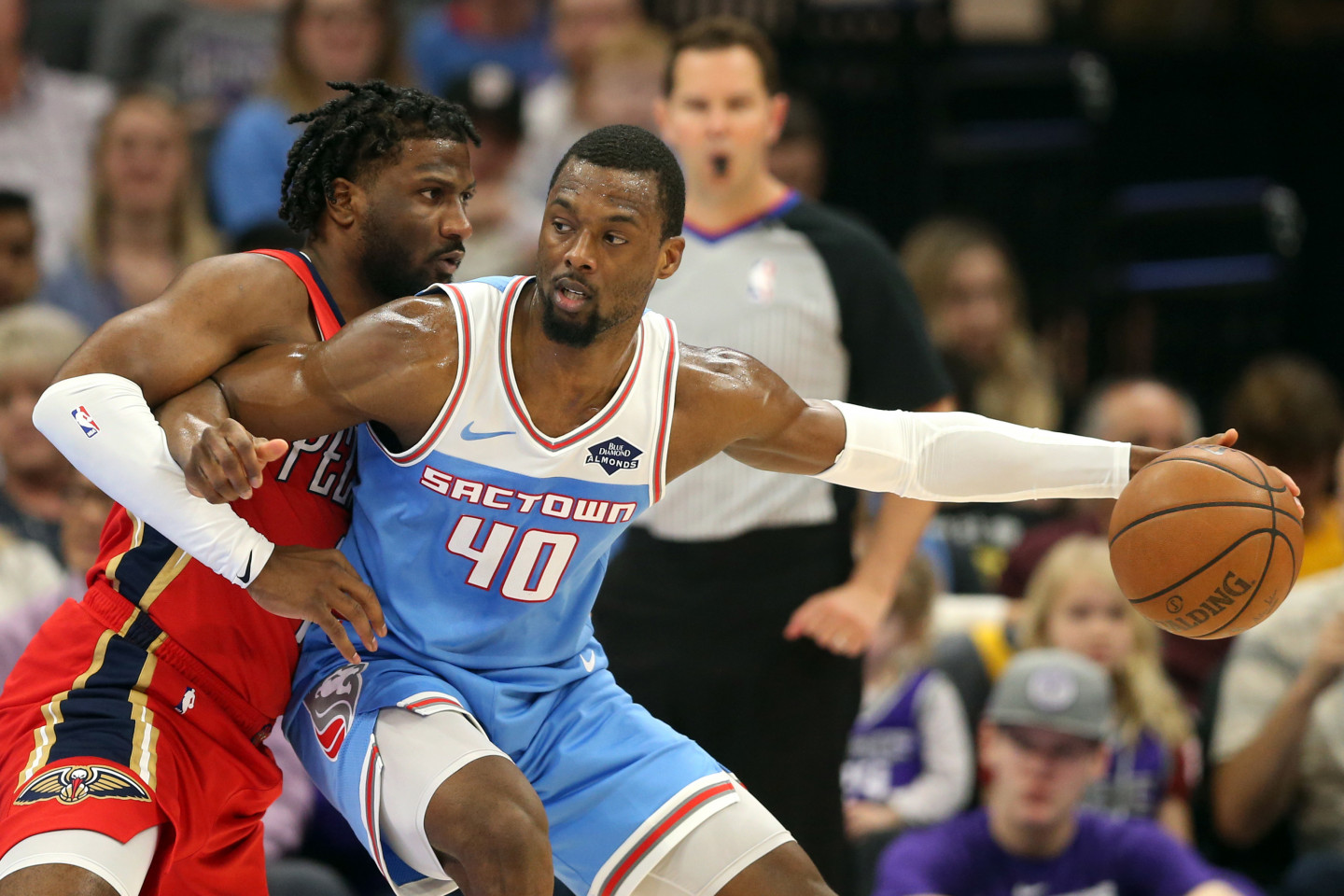 There's little chance he can match a $25.1 million annual salary on the open market in July, and he'd then become a free agent in 2020, when there will be less competition in a weaker class compared to the star-studded group of free agents in 2019.

By offloading Barnes, the Mavericks have a little more spending flexibility, which is important after they acquired Kristaps Porzingis from the New York Knicks. Courtney Lee and Tim Hardaway Jr. will combine to earn $32.8 million in 2019-20, while Porzingis will be a restricted free agent this summer.

Independent of his contract, Barnes has clear flaws in his game that diminish his value.

According to NBA.com, his 108.7 defensive rating is the second-worst on the team behind Dirk Nowitzki, and Dallas is allowing 5.5 fewer points per 100 possessions when he's on the bench. He also ranks 411th in ESPN.com's defensive real plus-minus (minus-1.30).

Barnes can hold his own on the perimeter, but when teams force him to defend inside, he runs into serious problems because of his 6'8", 225-pound frame. He's holding opponents to 33.1 percent shooting on attempts beyond 15 feet but 62.7 percent inside 10 feet, per NBA.com.

Despite the concerns about his defense, the allure of acquiring Barnes is clear. He's a proven three-point shooter, rebounds well given his size and can play a variety of positions. A natural small forward, he can move over to shooting guard for short stretches and be a small-ball 4 when Sacramento wants to maximize its spacing.

Barnes will help the Kings' playoff push over the second half of the season. And the desire to reach the postseason is particularly acute for Sacramento, which has finished in the lottery for 12 straight years.

The Kings also have a clear need to upgrade their depth on the wing. They've continuously loaded up on power forwards and centers and left themselves thin at the 3.

Now, Barnes can take over the starting duties at small forward.