The Atlanta Falcons made Julio Jones a priority when they selected the wide receiver with the No. 6 pick in the 2011 draft, and they weren't going to change course after he greatly exceeded the already high expectations that were in place.

Atlanta and the 30-year-old agreed on a new contract that made Jones the NFL's highest-paid wide receiver, the team announced Saturday.

ESPN's Adam Schefter and Chris Mortensen reported Jones will receive $64 million at signing as part of the "landmark" agreement of $66 million guaranteed over three years.

The Falcons did the same before the 2018 season when they converted around $2 million of Jones' base salary for 2019 into a 2018 bonus after he briefly held out of training camp.

Mike Florio of Pro Football Talk reported July 22, "Some inside the league think Jones and the Falcons already have a wink-nod deal in place, one that will be officially signed and sealed after July 26 comes and goes."

Florio explained any new deal could not be finalized until July 26, the one-year anniversary of when Atlanta revised his previous deal.

However, Florio reported Sunday the quiet deal some thought was in place never materialized. He wrote the lack of a deal with the season approaching was "becoming a problem for the team," though Falcons owner Arthur Blank said Tuesday the new deal was "very, very close," per Jeff Schultz of The Athletic.

Jones also told D. Orlando Ledbetter of the Atlanta Journal-Constitution his agent was in town Aug. 20 to discuss an extension with the team.

The Alabama product was under contract through 2020 on his previous deal and was set to make a base salary of $9.6 million in 2019 and approximately $11.4 million in 2020, per Spotrac.

Jones is still in his prime and has done nothing but produce for the Falcons since they drafted him.

The six-time Pro Bowler and two-time All-Pro is coming off a head-turning five-year stretch in which he made the Pro Bowl and tallied at least 1,400 receiving yards in each season. He also missed a mere three games during that span.

Jones posted 113 catches for 1,677 yards and eight touchdowns in 2018 and was also the go-to receiver during the 2016 season when the Falcons reached the Super Bowl. He finished with 1,409 receiving yards and six touchdown catches.

His 6'3", 220-pound size and physicality make him a nearly impossible one-on-one matchup for defensive backs, and he can high-point passes, use his speed to beat defenders deep and routinely shed tacklers when he gets the ball.

Atlanta made sure it locked up one of the best playmakers in the league, keeping Jones with the only NFL team he has known. 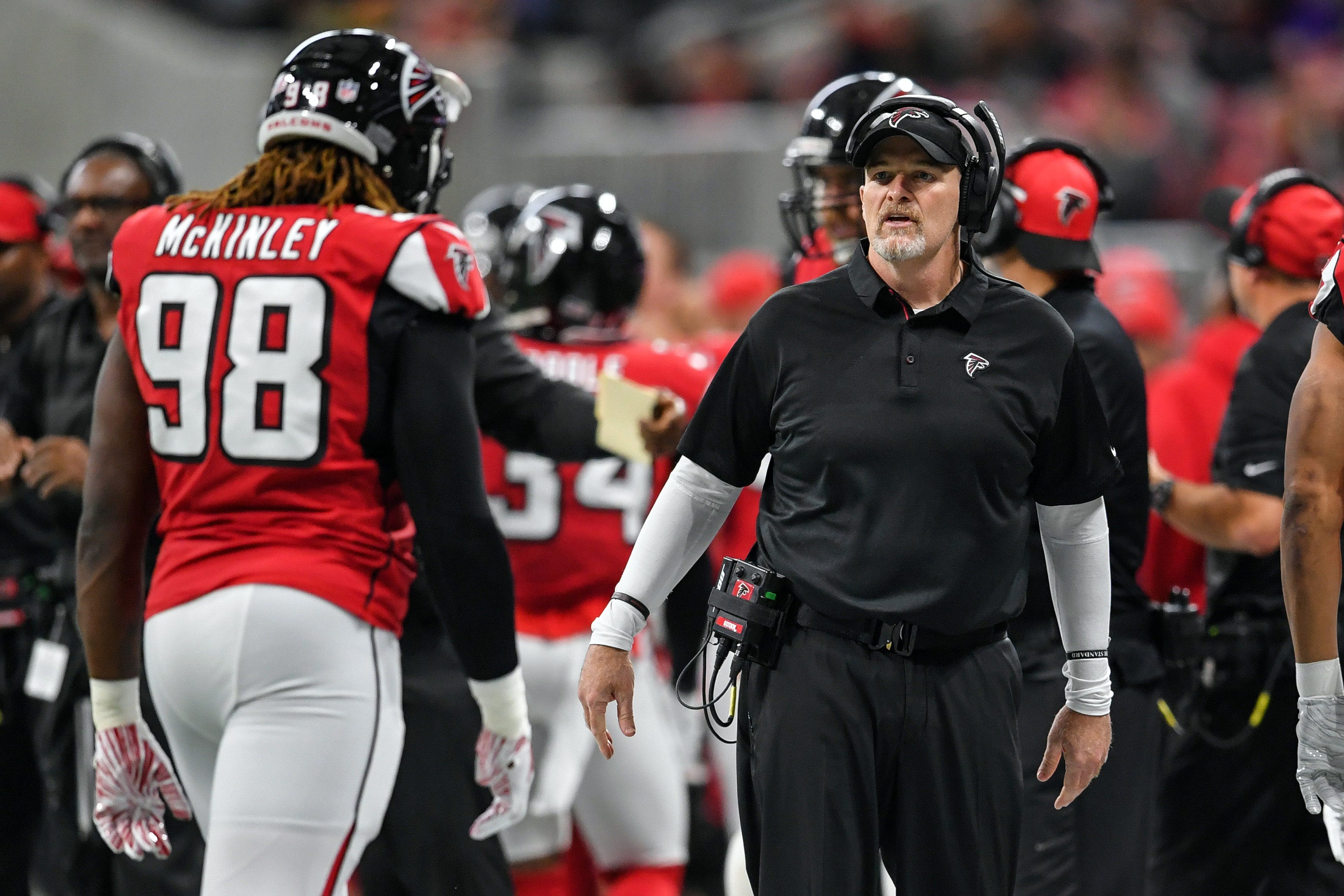