Dylan Larkin watched the Colorado-Detroit alumni game on Friday just like any other big Red Wings fan. He got to see heroes of his youth skate one more time against alumni of the Colorado Avalanche, a one-day recreation of sorts of what was once one of the best and nastiest rivalries in pro sports.

He cheered on idols Steve Yzerman, Nick Lidstrom, Chris Chelios and others one more time, just like he did growing up in Waterford, Michigan.

On Saturday, Wings fans donned their Original Six sweaters and watched another game against the Avs at Coors Field, a Stadium Series outdoor game. Larkin put his on as well. The difference from the others, though: He actually played for the Red Wings. Detroit legends of the past yielded the stage to a possible legend of the future.

Whatever happens in the future, no one can deny Larkin's rookie year with the Red Wings has been straight from a storybook, with the events of the weekend in Denver just the latest chapter.

A lot of cool things have happened to the 19-year-old Larkin so far. Some already are calling him the new face of the Original Six franchise, one that has made the playoffs 24 straight seasons and counting.

Last fall, he became the first player under 20 to crack the Wings roster since Jiri Fischer did it in 1999 at 19. He quickly became a top-six forward, skating mostly at right wing on a line with Justin Abdelkader and Henrik Zetterberg. He was the only Red Wing selected to January's NHL All-Star Game, and in the skills competition the night before, he set a new record for fastest skater, breaking Mike Gartner's 20-year-old mark.

Entering Tuesday, Larkin was second on the team in scoring, his 39 points trailing Zetterberg by only two.

Now, some young Wings fans no doubt have posters of Larkin on their walls, just like he did only a few years ago of players such as Yzerman, Zetterberg and Pavel Datsyuk. If it all seems a little too much of a fairy tale, well, Larkin admits to thinking that sometimes, too. Not many kids get to play with their heroes from their boyhood team.

He is Michigan, Winged Wheel all the way. A native of Waterford, about 38 miles northwest of Detroit, he went on to play one year for Red Berenson's Michigan Wolverines and also the U.S. National Development Team, based in Ann Arbor, Michigan.

As someone with such deep Michigan roots, Larkin knows what kind of pressure and expectations come with being a star in Hockeytown.

Becoming the new face of the Red Wings would come with enormous responsibility. To walk into Joe Louis Arena is to immediately feel the force of hockey history. Huge banners hang of Gordie Howe, of him alone and with his Production Line teammates, Ted Lindsay and Sid Abel. That is just one of three distinct winning eras in Wings history.

Then came the Steve Yzerman-led, Scotty Bowman-coached era that led to three Stanley Cups (1997, 1998 and 2002), the Wings teams that also featured Nick Lidstrom, Sergei Fedorov and the rest of the Russian Five, Brendan Shanahan, Chris Osgood and Chris Chelios.

Then came the Mike Babcock-coached era that won a Stanley Cup in 2008 and had a seventh-game appearance the following Cup Final, the teams featuring Pavel Datsyuk, Zetterberg and some holdovers from the previous one such as Lidstrom, Chelios, Tomas Holmstrom and Kris Draper.

Chicago and Los Angeles have combined to win five of the last six Stanley Cups, as the Wings haven't been to the finals since losing to Pittsburgh in 2009. But the Wings' 24-year streak looms as the NHL's overall standard-bearer of excellence.

Can it continue on for years to come? Can the future be known as the successful "Larkin-led" era? The odds seem better than 50-50, though it probably won't be easy. Datsyuk is 37, and Zetterberg is 35. Having to be the main guy may come sooner than Larkin ever could have imagined.

The Detroit playoff streak is older than Larkin as a person, and he sure doesn't want the first year in a generation the team didn't make it to be part of an otherwise dreamy rookie year so far.

"I think everyone in here knows about [the streak], but it's not something you can dwell on. You just have to be in the moment and try to win the next game in front of you," Larkin said.

Quiet. Shy. Humble. With the media anyway, this is the public profile given off by Larkin. His friends and teammates tell of a more outgoing guy who likes to joke around a little.

"He gets it and he gives it," said Luke Glendening, who shares a house with Larkin, as well as an alma mater—the University of Michigan. "He likes to play little pranks on guys in the room or at the hotel. But you know what? His maturity level for 19 is impressive."

Bingo, there's the word everyone uses. In the hockey sense, the maturity Larkin has shown on the ice has far surpassed even the most hopeful of his supporters. It's not that Wings general manager Ken Holland wasn't expecting good things from Larkin. There is a reason, after all, why the team selected him 15th overall in the 2014 NHL draft.

But Holland gives an "are you kidding me?" look when asked if he expected Larkin to be this good, this soon.

"We didn't expect that he'd become so important to us right away, and that's what he's become—one of our most important players," Holland said. "We liked him coming up, we kind of thought he'd be in our picking range (at the draft). We weren't sure he'd be there or not, but we liked him and took him and he went on to have a tremendous rookie year at Michigan, Big Ten rookie of the year. He was right in our backyard, playing for the U.S. under-18 team and then in college, so we got to see a lot of him, and that influenced our scouts and personnel people's thinking on him."

An example of just how important Larkin has become on coach Jeff Blashill's squad: In a January game at Gila River Arena against the Arizona Coyotes, Larkin was on the ice in overtime when he almost single-handedly won the game. He split the Arizona defense with a burst of speed, then circled the net after getting his own rebound, eventually giving a perfect setup pass for Danny DeKeyser's winning goal.

Walking to the elevator afterward, Holland giddily accepted the congratulations of Dallas GM Jim Nill, on hand in Arizona for a Stars management retreat.

"He's been doing that all year," Holland said to Nill, his former protege in the Wings front office.

Not long after, Larkin was at the All-Star Game in Nashville setting a new speed record. When he got the call that he'd been selected, he thought it might have been another prank from someone like Glendening.

"That was pretty crazy. I think I've been able to handle this all pretty well, but that was a time where I had to turn my phone off for a while. It came out on the day of a game, and I wasn't really expecting it," Larkin said.

Larkin loved playing for the Wolverines, but just like former USNTDP teammate Jack Eichel, he decided to turn pro after one year of college hockey. After strong showings for the U.S. in the World Junior tourney and men's World Championships last year, Larkin came into Red Wings training camp with confidence, and he carried it right through to being named to the regular-season roster.

The legendary coach of the Wolverines, Berenson, wasn't expecting such a dynamic rookie season. In fact, he wasn't convinced he was ready to make the jump to the NHL at all this season.

"I think Dylan is going to play in the NHL. I told him that. I don't know that he's ready at this point to compete for a regular job in the NHL," Berenson told the Detroit Free Press' George Sipple last summer.

What has made the difference? The maturity thing has played a role, no doubt. But in hockey terms, it's been pure speed.

Even one of the game's smoothest skaters of recent history, Datsyuk, has been impressed.

"He skates real well," Datsyuk said. "He handles the puck well too. He gives himself a lot of space because of this."

At first, Larkin said, getting used to just being on the ice with guys like Datsyuk and Zetterberg took some time. There was still an awe factor, but it wasn't long before he started feeling like a real peer.

"You just learn so much just from being around him, seeing all the little things he does even in practice that you never realized," Larkin said. "Hank [Zetterberg] too. I mean, they're just great players. And great teammates too."

Still, Abdelkader echoes Holland when asked if he thought Larkin would be this good so soon.

"It's definitely surprising how successful he's been so fast, his first season," Abdelkader said. "But the more you watch him, the more you have such respect for his talent. Not only the way he skates but how he makes plays at such a high speed. He's become a big part of this team. He's quiet, but I think most first-year guys are. You just try to watch the older guys and learn as much as you can."

Larkin's No. 71 jersey is seen a lot these days on the backs of Red Wings fans at Joe Louis Arena. Right next to many of the old Detroit legends that can still be seen such as Howe, Yzerman and the others.

Can Larkin picture that number being retired some day, next to the No. 9 of Howe or the No. 19 of Yzerman?

"That's definitely getting a little ahead of things," he said with a smile. "Those guys are all-time legends. I'm just a kid rookie."

Can rookie coach Blashill see Larkin as a future Wings captain at least?

"Ask me that question in about five years," Blashill said with a wink that otherwise screamed, "Yes!"

If Larkin comes anywhere close to doing any of the above, Holland and Blashill will be happy men.

"You're talking about a 19-year-old kid who already is learning what it takes to be a pro hockey player," Holland said. "When you think what he might be like with a few years' more experience and confidence, you have to consider yourselves lucky." 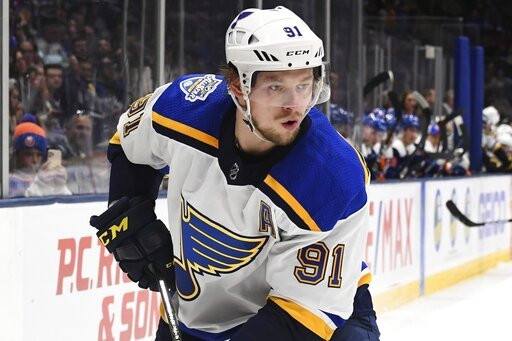 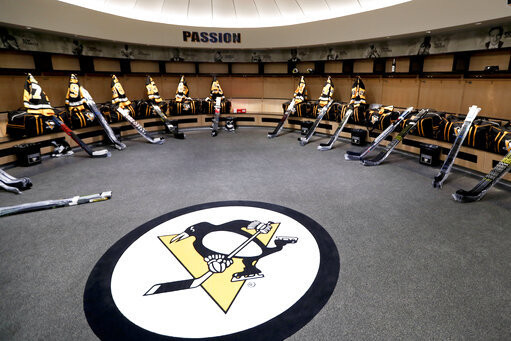 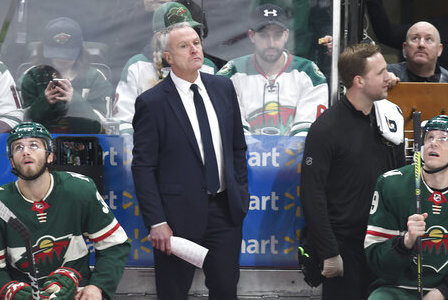