In the last edition of the UFC timeline, we started with the creation of the UFC all the way to UFC 29. This period marked the companie's early years before it was bought by Zuffa.

This second edition of the UFC timeline will be about the UFC changing owners all the way to one of the biggest fights in UFC history and going through the dominance of Tito Ortiz, Chuck Liddell, and Randy Couture.

Feb. 23, 2001-Zuffa holds it's first event, UFC 30. Sean Sherk makes his UFC debut while Caol Uno and Jens Pulver fight for the bantamweight title. This marks the first and only time that this championship is on the line before becoming the lightweight title. Tito Ortiz retains his light-heavyweight title with a vicious slam on Evan Tanner.

May 4, 2001-UFC 31 marks the debut of both BJ Penn and Matt Serra. Serra gets KO by a spinning back fist of Shonie Carter. Kevin Randleman makes his debut in the 205 division only to get knocked out by Chuck Liddell in the first round.

Sept. 28, 2001-UFC 33 was the first event to ever be sanctioned by the Nevada State Athletic Commission. The event had three title fights and six of the eight fights went to the judge's decision.

Jan. 11, 2002- UFC 35 sees one of the best fights in UFC history as Jens Pulver battles BJ Penn for the lightweight title. Jens Pulver pulls out a decision win to retain his gold and silence the critics.

Mar. 22, 2002-Josh Barnett and Randy Couture headline UFC 36 for the heavyweight belt. Barnett wins the fight but test positive and gets stripped of his newly won title. Pat Miletich makes his last appearance as a fighter in the UFC.

May 10, 2002- UFC 37 saw one of the most controversial UFC fights in history. Matt Lindland and Murilo Bustamante battle it out for the UFC middleweight title and a fight that was billed "The double tap fight."

Bustamante made Lindland tap out early in the fight but Lindland said to Big John he hadn't tapped out. Big John restarted the fight only for Lindland to tap out again in the third round.

June 22, 2002- UFC 37.5 took place at the last minute to promote the UFC on Fox Sportsnet, and it wasn't named UFC 38 because that event had already been scheduled. This marked the first time Joe Rogan was a commentator. In the main event, Chuck Liddell defeated Vitor Belfort by decision.

July 13, 2002- UFC 38 is the first event to ever be held in England. Matt Hughes retains his welterweight belt against Carlos Newton.

Sept. 27, 2002- After Josh Barnett tested positive and the heavyweight title was vacated, Randy Couture and Ricco Rodriguez battle it out for the title at UFC 39 where Ricco becomes the new champion. This event also features a four men lightweight tournament where Caol Uno beats Din Thomas and BJ Penn beats Matt Serra.

Nov. 22, 2002- UFC40 is held and Tito Ortiz defends his championship against hated rival Ken Shamrock. Ortiz puts a beating on Ken and only intensified the rivalry between both fighters. Chuck Liddell makes Renato "Babalu" Sobral famous with a brutal head kick KO.

Feb. 23, 2003- UFC 41 crowned a new heavyweight champion as Tim Sylvia defeated Ricco Rodriguez. The finals of the lightweight tournament was held as BJ Penn and Caol Uno fought to a draw which kept the lightweight title vacated. Tank Abbott made his return but got tapped out in the first round by Frank Mir.

Apr. 25, 2003- Sean Sherk battles Matt Hughes for the welterweight title at UFC 42 and Hughes retains. David Loiseau and Rich Franklin both have a successful debut on the same night.

June 6, 2003- UFC 43 sees the return of Kimo Leopoldo who beats Tank Abbott, but the event is better remembered for Randy Couture dropping down to 205 and beating Chuck Liddell for the Interim UFC light-heavyweight title and becoming the first man to ever win titles in two different weight classes.

Sept. 26, 2003- Randy and Tito unify the light-heavyweight belts and Randy dominated Ortiz to a decision. Nick Diaz also made his UFC debut that night with a win over Jeremy Jackson.

Nov. 21, 2003-UFC 45 marks the 10th anniversary of the UFC and Ken Shamrock and Royce Gracie are inducted into the Hall Of Fame. Ricco Rodriguez and Pedro Rizzo fight for the last time in the UFC and the headline is a welterweight title fight between Matt Hughes and Frank Trigg.

Jan. 31, 2004- Georges St-Pierre makes his UFC debut at UFC46 with a win over Karo Parisyan. Considered to be the best pound for pound fighter in the world, BJ Penn moves up in weight and beats Matt Hughes for the welterweight title. The main event only lasts 49 seconds, Randy Couture injures his eye and Vitor becomes the new champion.

Feb. 2004- BJ Penn signs a contract with SEG, another MMA organization. He is stripped of the welterweight title and not seen in the UFC for a while.

Apr. 2, 2004- Chuck Liddell and Tito Ortiz finally square off at UFC47 which ends in the second round with a brutal TKO win from Liddell. Current WEC champion Mike Brown makes his only UFC appearance with a submission loss to Genki Sudo in the first round.

June 19, 2004- After having fought at UFC 8, Ken Shamrock and Kimo have a rematch at UFC 48 and Ken gets a KO in the first. Frank Mir breaks Tim Sylvia's arm to become the new heavyweight champion.

Aug. 21, 2004- The early finish of the Couture vs Belfort title fight at UFC46 sets up a rematch between both men at UFC 49 where Randy regains his title.

Sept. 17, 2004-Tragedy strikes as Frank Mir is hit by a car while he's riding his motorcycle. Mir suffers a huge injury that forces him to relinquish his heavyweight title.

Oct. 27, 2004- Patrick Cote makes his UFC debut at UFC 50 and puts on a great performance even in defeat against Tito Ortiz. Matt Hughes submits Georges St-Pierre with only one second left in the first round to win the welterweight title that had been vacated thanks to BJ Penn.

Rich Franklin drops down to the middleweight division and beats Jorge Rivera.

Jan. 18, 2005- The first season of The Ultimate Fighter is broadcasted.

Apr. 16, 2005-The coaches of the show, Randy Couture and Chuck Liddell, battle it out in a rematch for the light-heavyweight championship. Chuck KO Couture in the first and begins his impressive reigns as champion. Dan Severn is inducted into the UFC Hall Of Fame, and Matt Hughes retains his welterweight title against Frank Trigg.

Aug. 20, 2005-Diego Sanchez makes his debut since winning the show and Chuck Liddell avenges and earlier loss to Jeremy Horn, all that at UFC 54.

Oct. 7, 2005- UFC 55 marks one of the fastest title fights in history as Andrei Arlovski KO's Paul Buentello in 15 seconds to retain the heavyweight title.

Nov. 5, 2005- Joe Stevenson and Rashad Evans are crowned winners of The Ultimate Fighter 2.

Nov. 19, 2005- Thiago Alves makes his UFC debut at UFC 65 and Rich Franklin gets a brutal KO win over Nate Quarry to retain his gold.

Feb. 4, 2006- After his near fatal accident, Frank Mir returns at UFC 57 physically in shape but mentally a mess and gets dominated. Chuck Liddell and Randy Couture fight for the third time, light-heavyweight title on the line. Randy gets knocked out again and retires from fighting.

Mar. 4, 2006- UFC 58 brings an interesting concept as all the fights see a Canadian against an American. BJ Penn returns and fights Georges St-Pierre in a really close fight, but GSP wins a split decision.

In the main event, Rich Franklin dominates David Loiseau on his way to retaining his middleweight championship. At the end of the night, the final score was 5-3 for the Americans.

Apr. 6, 2006- Beginning of The Ultimate Fighter Three with Ken Shamrock and Tito Ortiz as the coaches.

Apr. 15, 2006- UFC 59 was the fastest sell-out event in UFC history so far. Forrest Griffin and Tito Ortiz had a war which ended in controversy when Tito was declared the winner by split decision and Tim Sylvia regained his heavyweight title from Andrei Arlovski.

May 27, 2006-UFC legend Royce Gracie returned to the UFC for one fight only against welterweight champion Matt Hughes at UFC 60. This was the first time ever since UFC 5 that Gracie was fighting in the U.S.

June 24, 2006- Season Three of The Ultimate Fighter comes to an end and Kendall Grove and Michael Bisping are the two winners.

July 8, 2006-Having both won a fight against each other, Tim Sylvia and Andrei Arlovski fight again two UFC events after their second fight and Sylvia wins a decision at UFC 61. Ken Shamrock and Tito Ortiz have a rematch from UFC 40 which ends with a victory from Ortiz again.

It was also announced at UFC 61 that Chuck Liddell would fight Wanderlei Silva in November, but negotiations failed and the fight did not take place.

Early August of 2006-Georges St-Pierre gets injured in training and can't fight against Matt Hughes for the title at UFC 63.

Aug. 17, 2006- Debut of The Ultimate Fighter season four: The Comeback

Aug. 26, 2006- UFC 62 sees a much anticipated rematch between Forrest Griffin and Stephan Bonnar which ends the same way as the first. Liddell and "Babalu" also have a rematch, this time for the light-heavyweight title and Chuck wins again.

Sept. 23, 2006- BJ Penn replaces and injured Georges St-Pierre at UFC 63 but loses to Matt Hughes in the main event. Former UFC lightweight champion Jens Pulver returns to the octagon, but his welcome back party gets crushed by a left hook from newcomer Joe Lauzon only 47 seconds into the fight.

Oct. 14, 2006-History is made at UFC 64 as Anderson Silva destroys middleweight champion Rich Franklin and captures the title after his second fight in the UFC. History is also made as Sean Sherk and Kenny Florian fight for the UFC lightweight title.

The lightweight championship hadn't been up for grabs since UFC 41 where BJ and Uno fought to a draw. Sean Sherk becomes the new champion.

Nov. 18, 2006- UFC 65 sees Georges St-Pierre getting his fight against Matt Hughes for the welterweight title and becoming the new champion for the first time in his UFC career.

Dec. 30, 2006-UFC 66 becomes the highest live gate revenue event in MMA history. It beat the previous record by $2 million and sees a rematch between Tito Ortiz and Chuck Liddell for the light-heavyweight championship.

Liddell TKO's Tito in the third round while Michael Bisping makes his official UFC debut. Keith Jardine shocks a lot of people by beating Forrest Griffin in the first round and it's made official that former PRIDE star Mirko Cro Cop has signed with the UFC.

There you have it, Zuffa's road to glory, from Frank and Lorenzo buying the UFC to the biggest MMA event in history. The next edition will count us down to UFC 100 and will show us the most recent activities that has made the UFC the biggest MMA organization in the world. 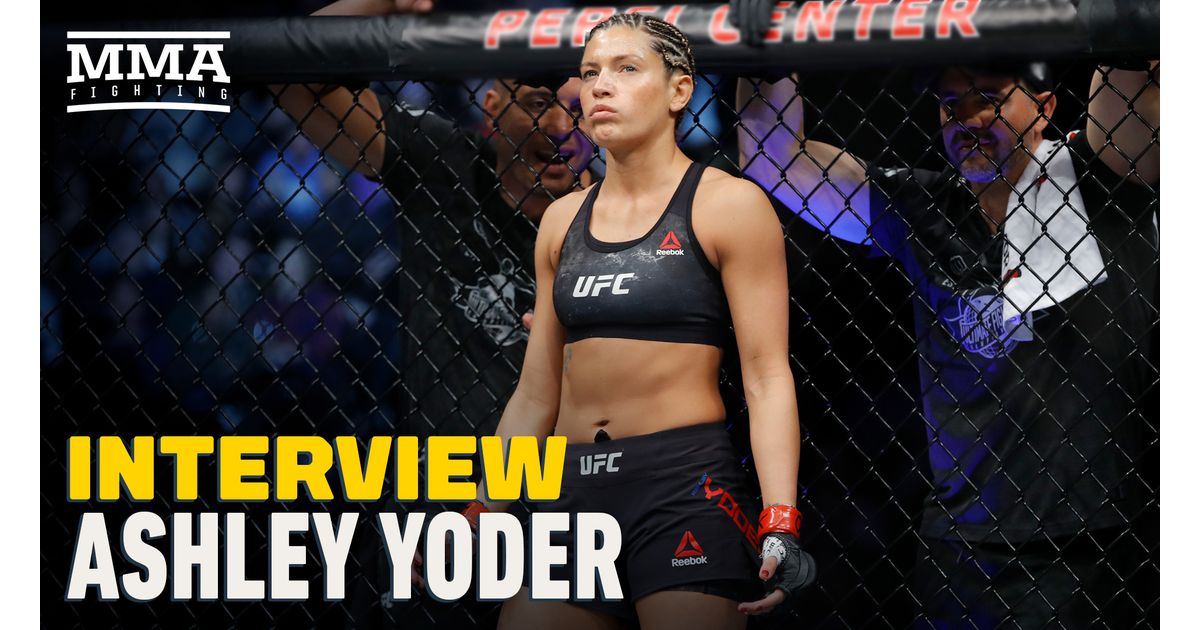 Video: Behind the scenes of Michael Chandler's knockout of Benson Henderson at Bellator 243

Video: Behind the scenes of Michael Chandler's knockout of Benson Henderson at Bellator 243