Aaron Ramsey has been the form player of the Premier League so far this season, excelling in every area of the game to open the eyes of millions watching him worldwide.

The Welshman caught fire six weeks before the end of the 2012-13 season once he was restored to his central midfield position, winning the club's Player of the Month award for April and scoring in the 4-1 victory over Wigan Athletic.

This end-of-year form was lost on many who do not support the club, so his ferocious form to begin the new campaign—barring the opening game against Aston Villa—came as a real surprise.

Fast-forward 12 weeks and it's clear his form is on the verge of turning into permanent class, so it begs the question: What has Arsene Wenger done to coax this seismic change in his performances?

It's important to draw upon why Ramsey struggled early on, as it makes for a compelling argument for the importance of confidence.

For large chunks of the 2012-13 season, in which the Welshman started 38 total games, he was stuck out on the right side of midfield.

He didn't look comfortable, he wasn't dribbling well and he wasn't providing any sort of natural width. For Wenger it was needs must at times, given the striker struggles, but it felt a lot like Ramsey was being shoehorned into a position because there were others on the team who were more "vital" to its well-being.

It wasn't until the final weeks that he was restored to a central midfield berth, and as soon as that move was made he began lighting up the Emirates with some fearsome, determined box-to-box performances.

Going into the summer there was a lot to feel good about: Wilshere's health, Ramsey's mini-resurgence, promises of money being spent and stability at centre-back.

But a terrible summer (pre-Mesut Ozil) saw a succession of transfer targets slip away and an array of injuries hit the side, and the opening day contest against Villa was nothing short of shambolic.

Ramsey was gifted a central midfield role, but with no anchor alongside him (Mikel Arteta injured, Mathieu Flamini not under contract yet), Paul Lambert's men ripped the Gunners to shreds on the counterattack.

Neither Ramsey nor Wilshere had any answers for the speed at which Villa released after winning the ball, and the team were booed off after a 3-1 defeat.

A return to familiar woes? Not quite.

That defeat has served as a blessing in disguise, as Arsenal sorted themselves out, made key signings and have lost just one Premier League game since. They've beaten Napoli and Borussia Dortmund in the UEFA Champions League, dispatched an impressive Southampton side with ease and sit four points clear at the top of the league.

No player has personified that fight back better than Ramsey, and his role has been extremely interesting to study. He admitted to feeling uncomfortable when taken away from central midfield last season, but Wenger is doing the same thing this season to a wildly different effect.

Ramsey and Wilshere were thrust straight back into a double pivot for an away trip to Fenerbahce but this time excelled in a 3-0 win with Ramsey grabbing his first goal of the season.

Fener failed to produce the sort of counterattacking threat that Villa did, and that meant both players were very comfortable in the central areas. Ramsey took 99 touches on an easy night's work, with the Turkish outfit failing to produce anything offensively.

It cannot be understated how much of a shot in the arm this result was, as the swirling doubts were dispensed in style by Wenger's defiant XI.

Ramsey (16) with Flamini in midfieldTighe

Ramsey spent the next several games in holding midfield alongside an assortment of partners, with his box-to-box nature really coming to the fore.

Shuttling forward he became an immense sight, taking on players with ease and executing strong game-changing vertical runs. His tackling improved too, and at the time of writing he averages 4.5 per game—a team-high by some distance.

Cool in possession, capable of making the difference offensively and rapidly improving defensively, he has become the all-action player Wenger thought he had signed all those years ago.

Flamini's presence in locking up the defensive midfield zones has allowed the Welshman to step forward and find those tackles, while Arteta has improved immeasurably in that area too.

Once Ramsey's confidence was restored, Wenger started tinkering with his role.

He's played from the wide areas this season three times, with the home game against Napoli being the first time, as Wenger shuffles his pack to accommodate the multitude of talent at his disposal.

It's tough to fit Ozil, Arteta, Flamini, Wilshere, Tomas Rosicky, Theo Walcott and Co. in the same XI, and even when Ramsey starts in a deeper role there's a large degree of interchanging and midfield rotation.

Ramsey playing RW for Arsenal vs. Napoli, ahead of the double pivot (Flamini and Arteta).Sky/YouTube

He's a decent enough option in the wider areas, and his game has improved to the extent that he can identify what to do, when to do it and how to create space.

But recently we've seen Wilshere thrust into the margins with Ramsey retaking a central role: It's a statement of the control the Welshman has over the "key" berth in the side, with Wilshere—once the golden boy—being sidelined slightly by his colleague's rise to prominence.

This time last year, Ramsey would have been extremely poor playing in a wide role, particularly against the likes of Napoli.

It speaks volumes of the confidence argument in football, as when he regained it by excelling centrally, he was able to translate that form (to some extent) in the positions he failed in last season.

Ramsey himself is acutely aware of his own transformation, telling Sky Sports, via Goal.com, that moving back to his favoured area has been key to unlocking his talents:

Last season I was playing all over the place.

I'm a central midfielder. I've worked hard. I'm a type who never gives up. I felt like I was definitely improving at the back end of last season.

I'm in my position now where I've put a load of games together and my quality is just starting to come through.

Ramsey on the wings is not a long-term proposition, more simply a move to juggle the squad while Walcott recovered from an abdominal injury. Now the English speedster is back expect to see Ramsey refined to a central role, but those experiences in the wider areas will serve a strong purpose going forward.

It's important for playmakers to experience positions they regularly pass to, as they can then understand the importance of being "brought into the game" by the central maestros. Pushing him wide helped him identify when to burst forward and when to track runners (which he does very well), while it also allowed him closer to goal.

His strengths, though, are almost exclusively sourced from his box-to-box nature. Few players in the league boast the stamina he does, and he is now extremely proficient in all areas of the pitch.

He bursts into space in a Frank Lampard-esque manner, passes assuredly, tackles cleanly, runs hard and he's even scored a header.

This looks certain to be the most important season of his young career, and as long as Wenger continues to manage him superbly, the sky's the limit once again. 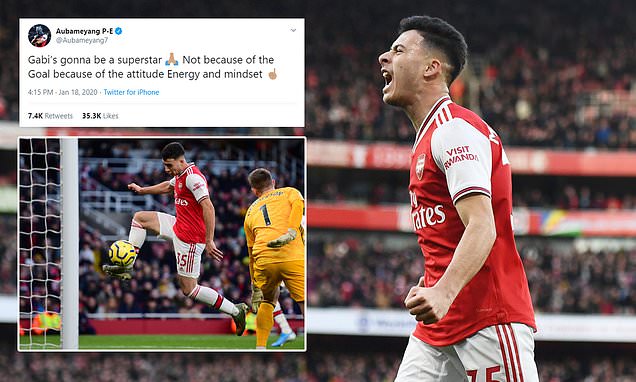 Blades hang in there for 1-1 draw