Newly appointed El Tri manager Miguel Herrera, who happens to be Las Aguilas' coach, capped 10 players from that team—which sits atop the Liga MX general table this season—to face Finland in a friendly game to be held on October 30 at Qualcomm Stadium.

Herrera will receive $150,000 for coaching Mexico in the two-legged playoff against New Zealand, plus a $50,000 bonus if he qualifies the team to Brazil 2014, according to Mexican newspaper El Universal.

"El Piojo" is on a loan from America, which means he doesn't have a contract. The Mexican Football Federation will revisit his situation after the playoff.

For now, Herrera made the right decision, although many may not like it. In February 2013, Consulta Mitofsky, the leading company in Mexico in the field of public opinion research, released a study in which 44 percent of the respondents said they hated America.

Although Herrera's list is only for the friendly against Finland, extreme measures were in order and this is one of them. Las Aguilas have the second-best offense of the Liga MX, having scored 27 goals so far.

Raul Jimenez is one of the few players who have made it to every list of the national team this year. This season, the 22-year-old has scored seven times in 11 games, which means he has 63 percent effectiveness.

Herrera’s teams are known for being good with ball possession, so El Tri's midfield will probably be led by Juan Carlos Medina.

The defense has been Mexico’s weakest link so far; under the new management, we will most likely see five defenders in that line.

Miguel Layun will be a thriving force through the left flank. Juan Carlos Valenzuela and Francisco Rodriguez will guard the center of the box, with the help of Rafael Marquez, and Paul Aguilar will take his usual position in the right

The goalkeeper will be Moises Muñoz. He may not have as much experience as Jesus Corona, but he is playing better in the local tournament. He has conceded eight goals in 12 matchdays. Corona has conceded 14 in 13 matchdays.

Herrera did not cap the footballers who play abroad. Since it is a friendly, the clubs are not obliged to release them. However, in a press conference he hinted that he might not call them even for the playoff.

We have said that they are not going through the best moment. We will meet (after facing Finland) to decide if we call some of them, but the base of the team for the playoff will come out from this list.

El Tri desperately need to play with confidence and a strategy. That is precisely what we will see against Finland because these footballers play together week in and week out and are used to Herrera’s coaching style.

There is no time to waste. El Piojo needs to deliver good results in the next three games, and the only way to make it happen is to bring a group that has already proven how well they can play.

Herrera is well aware of that. He told ESPN:

We have two games against New Zealand and we have to win them both. We have to convince the players and ourselves that this is one of the best leagues in the world. We have to think in what we have to do from now on, not in what happened before. We have to play with determination, we will work hard, we will have ball possession and we will win at the Estadio Azteca and in Wellington.

It is possible that fans do not like it, but if they want to see El Tri at the World Cup, they have to swallow their pride and accept that America has been the most dominating team this year.

Once Mexico have qualified, the coach—whoever that is—will have six months to think of a definitive squad.

Juve Don't Want to Be Handed the Title

Juve Don't Want to Be Handed the Title 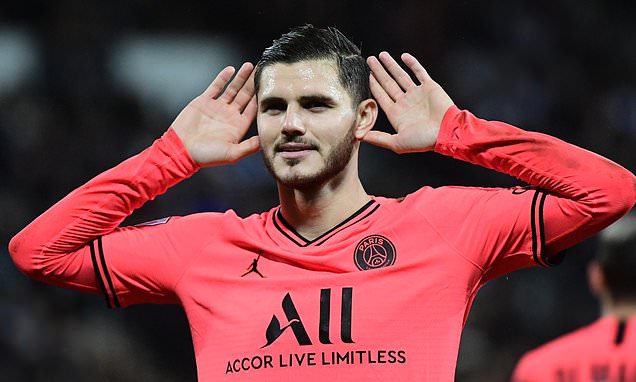