Dozier has many talents. Baseball is just one of them.Tom Szczerbowski/Getty Images

In Brian Dozier’s Twitter bio, he states that he is “A Christian playing baseball for the Minnesota Twins on the side.”

His message is clear: Baseball’s importance to him pales in comparison to the emphasis he places on faith.

This may frustrate people who feel the professional baseball players should eat baseballs, sleep with baseballs and breathe through a baseball, but Dozier doesn’t mind.

“I tell people my first and foremost job is to be a Christian and spread God’s word, and I just happen to play baseball too.”

People, even those who do not think leather-coated rubber constitutes a square meal, may become wary of an athlete who uses his or her platform to evangelize, but Dozier feels comfortable sharing his faith with anybody who is interested in talking to him about it.

“Some people say that there is a place and a time to talk about religion and stuff like that, but I disagree,” he says. “I’ll talk about it to whoever, whenever and have no shame in it, and that’s the beauty of the profession we’re in, that we get to interact with so many people.”

That is not to say that he is simply an evangelical athlete. He is more than willing to share his love for music and the southern lifestyle. And if that isn’t enough, he can also solve a Rubik’s Cube.

Dozier is from Fulton, Miss., which is located right outside of Tupelo, home of Elvis Presley. He said that he sees Elvis impersonators all the time—“That’s always a Halloween costume go-to”—and that it is pretty much a sin not to like "the King" or music in general where he is from.

After the Minnesota Twins chose him in the eighth round of the 2009 amateur draft, he returned to his alma mater, the University of Southern Mississippi, to finish his degree in the fall semester.

During that time, he created a band named Silky Smooth with a few of his buddies. He was the lead guitarist, the team’s first baseman was the drummer and his roommate was the lead vocalist and played the acoustic guitar. The three of them hired a harmonica player and a bass player and performed various pubs in Hattiesburg, Miss.

“We had a lot of so-called ‘fans’ come out,” he says with a smile. “Mostly just our baseball team and their friends and girlfriends. It was fun.”

The band played all sorts of music, but mostly country. For the most part, it was just a side gig, something he did for fun while finishing up school. The lead vocalist, however, Jameson Rodgers, is currently in Nashville trying to make a living as a musician.

“We’re always keeping in touch, and he’s doing well up there,” says Dozier. “It’s a long road for him, but he’s doing well. It’s always good to talk to him, to get away from baseball every now and then and talk music.”

In addition to playing the guitar, Dozier also plays the piano and harmonica. He says he prefers to tickle the ivory, something that he typically does on his own rather than as a member of a band.

“I used to be all about the guitar,” he says, “bring it on road trips in the minor leagues, bring it on the bus and stuff like that. Now whenever I get back home and anything like that I play [the piano]. Anytime there is a piano in the hotel or something I’m always playing it.”

Dozier is an avid hunter and fisherman and even made a cameo in Josh Willingham’s Spotlight episode that runs on Fox Sports North. Dozier has been hunting his whole life and had actually been to Willingham’s hometown of Florence, Ala., before the two were teammates.

“We live about 45 minutes from each other,” says Dozier. “I grew up hunting my whole life, and I have a bunch of land in Mississippi, and I wanted to check out his land for the first time. He owns about 500 acres, and it’s always good.”

Traveling in the south is not uncommon for Dozier. The nearest airport is in either Memphis or Birmingham, and he frequently makes trips to Louisiana to visit his girlfriend, former Southern Mississippi midfielder Renee Hrapmann.

“The other day I went home, and you gotta fly out of Birmingham,” he says. “As far as Mississippi and Alabama: two connecting states that are basically identical. My fiancé is from New Orleans, so we go back and forth from there and see a different culture.”

He said that while Minneapolis can be a bit overwhelming for somebody from a city of 3000 people, he finds the locals welcoming and has found a home away from home in Uptown where fishing, another passion of his, is not too far away.

He maintains that he is a southern boy through-and-through, though, and never strays too far from his roots.

“Everything is so easy going, and, obviously, the nicest people with the hospitality and everything,” he says in a palpable Mississippi accent. “To be honest, I don’t think there is a better place in the nation besides the south.”

He pauses for a second and smiles.

“I might be a little biased,” he concludes with a snicker.

In case you didn’t know, Dozier does play some baseball from time to time.

As a junior at Southern Miss, he got a call from the Chicago Cubs, saying that they wanted him in the seventh round of the 2008 draft, but he, instead, chose to stay for his senior year.

Two of his best friends on the team, J.R. Ballinger and Bo Davis, were also getting looks from major league clubs, but all three decided to stay and try to make a push to get the team to the College World Series for the first time in Southern Miss history.

The risk with staying another year is that an injury or poor play can reduce a player’s draft stock. As luck would have it, Dozier broke his collarbone 30 games into the season.

“The first think you think about is, ‘Am I going to have the chance to [get drafted again]?’”

He had surgery, rehabbed and got back just in time to take the field in the old Rosenblatt Stadium in Omaha.

“We went to the College World Series for the first time in school history,” he says, “and it couldn’t happen in a better way.”

Dozier spent most of his time in the minor leagues as the leadoff man and shortstop. He debuted last season, but struggled at shortstop and hit .234/.271/.332 with only six home runs. He showed range and some power, but was upset with his batting average and understood why the team sent him down at the end of the season.

He spent the offseason tweaking his swing and was converted to second base, a position that he has fielded well so far this season.

“It always helps me, being at second base, that I came up as a shortstop as far as covering ground and knowing what second basemen are like,” he says. “Now, I know what ground balls and feeds and stuff that the shortstop likes, so that’s all been positive for me.”

He says that Pedro Florimon’s play at short has also helped him in a big way. The two have become a lights-out, double-play combination in the middle of the field, and the former Baltimore Oriole’s range cuts Dozier a little slack in the gaps.

Twins manager Ron Gardenhire says that the team will be willing to commit to the pair long-term, as long as they increase their production at the plate. Dozier is currently hitting .229/.303/.375 with eight home runs, and his wins above replacement, 1.9, indicates that he is worth keeping around during his prime years as long as he continues to improve.

“Whether offensively they are guys that can run out there for five of 10 years, that remains to be seen,” says Gardenhire. “They are both young players; they need at-bats. The defensive part of it right now is going along really nice. The offensive part of it is going to be the telltale sign.”

Dozier says he made a lot of progress in late May when he made a big adjustment with his swing under the direction of hitting coach Tom Brunansky. According to Brandon Warne of ESPN1500, Dozier’s batting average fell to .197. Since then, he is hitting .263/.364/.480 with a 24-to-20 walk-to-strikeout rate.

“Hopefully in the near future, I’d like to be a .300 hitter, but it’s kind of a goal this year with me getting in such a big hole just to have good at-bats.”

On the Pursuit of Happyness

The Tupelo native may not be able to do an Elvis impersonation, and I don’t really see him rocking out to Kid Cudi any time soon, but he can channel a little Will Smith.

No, he’s not "gettin’ jiggy wit it" or blasting aliens with Tommy Lee Jones. What I mean is, he has the Rubik’s Cube down pat.

I saw this piece of information on the right field screen at Target Field and had to see him do it myself.

A few notes about the video:

First of all, it’s taken from my iPhone, so it’s a little sketchy.

Secondly, feel free to mute it. You do get to hear Jamey Carroll, Jared Burton and Josh Willingham all make remarks as they pass by, but you also have to stomach my Kermit the Frog voice the whole time. Pick your poison.

Thirdly, I probably handed him the worst Rubik’s Cube in the history of man. It literally is so sticky, you’d think I spilt sweet tea on it. You can see him struggling to turn it throughout the video. Being "Minnesota Nice," like I am, I apologized profusely for handing him such a piece of junk.

Other than that, enjoy!

A Man of God above All Else

In a game of failure, Dozier finds comfort in religion.

“Anything that goes wrong in this profession, either getting sent down or going 0-for-20 or whatever and you look at the big perspective in life, and I wouldn’t say that it means nothing,” he says, “but I know there’s a lot of other stuff to be worried about.

“It brings things into perspective when you look at the whole big picture.”

When you look at the big picture, it’s hard to argue that he has not used his God-given talents to the fullest. He is a gifted musician, a solver of puzzles and an avid hunter.

Oh yeah, and he plays a little baseball on the side as well.

All quotes were obtained firsthand, unless otherwise noted.

Tom Schreier covers Minnesota sports for Bleacher Report and is a contributor to Yahoo! Sports. 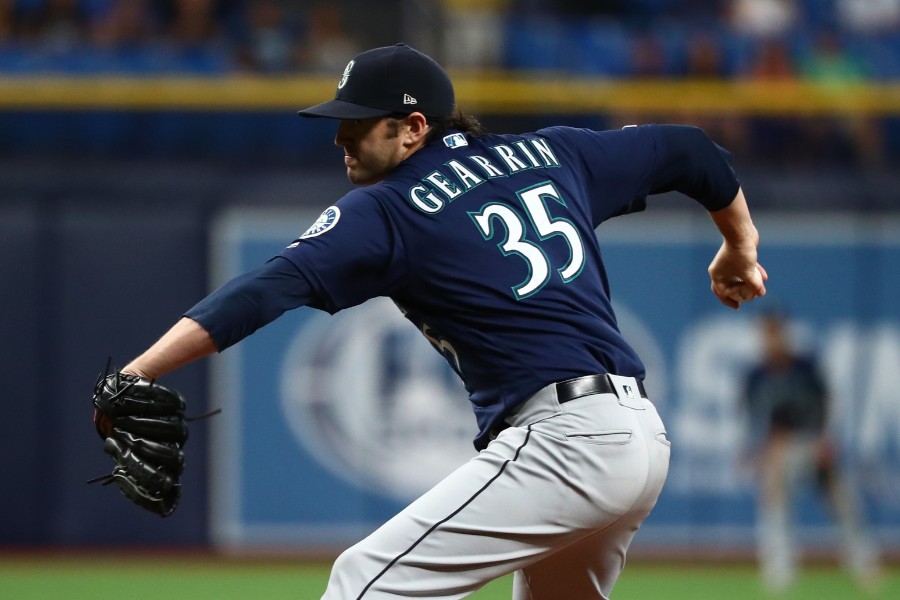 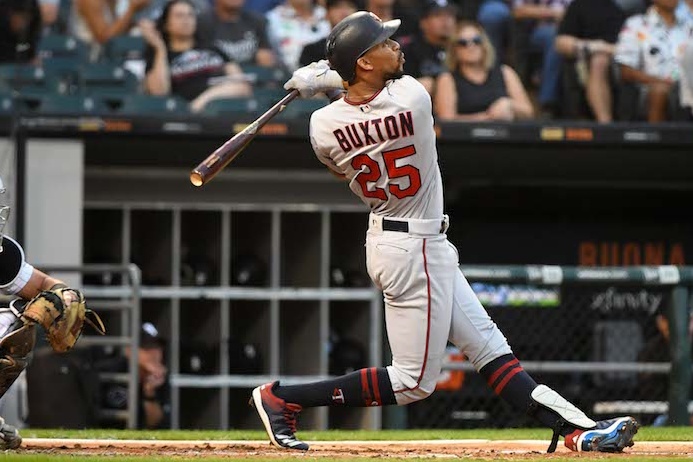