In a society ruled by political correctness and cultural sensitivity, the NCAA has already proven that they are among the countless weak-hearted folks who are afraid and embarrassed to offend anyone. In August of 2005, the NCAA ruled that it would not tolerate "hostile and abusive racial/ethnic/national origin mascots, nicknames or imagery" at any of its postseason tournaments.

Most specifically, this rule applies to schools with a Native American mascot or logo, such as the University of Illinois Fighting Illini or the Florida State Seminoles. However, given the broad definition of the NCAA's policy, the rule most definitely encompasses the Fighting Irish logo as well. One could certainly argue that the "fighting leprechaun" logo is a hostile image which depicts the Irish nationality. So why hasn't the NCAA put their foot down?

Not only is the fighting leprechaun logo a hostile image, but the leprechaun mascot which appears at football games could also be seen as offensive. The mascot is intended to portray an entire nationality in one big stereotype. Correct me if I'm wrong, but isn't that (supposedly) why Chief Illiniwek was banned?

I of course understand that Native Americans have long been neglected, oppressed, and killed. However, the Irish nationality has been no cakewalk either. By banning one image and allowing another, the NCAA is implying that one nationality is superior to another.

Yes, I'm upset that the Chief is gone. Still. Yes, I'm disappointed that schools are forced to change their name—a name that is meant to pay tribute to a group of people. However, what bothers me most is that some schools are forced to change their tradition, image and history while others schools that don blatantly "hostile" images are ignored. The double standard demonstrated by the NCAA is very upsetting. Although, it's not surprising that the NCAA would exercise such a double standard.

I'm not asking for oppression of expression. I'm asking for fairness. In my opinion, the way the NCAA has handled mascots and logos across the board has been extremely flawed and unfair. I would, at the very least, like for the NCAA to address the topic of non-Native American mascots or names in college sports, predominantly the Fighting Irish or the San Diego State Aztecs.

I'm not writing this article in spite for Notre Dame or in support of any school or mascot. I'm merely stating my displeasure with the NCAA's sanctions and offering some things to consider.

Whether or not the NCAA will ever reinstate the logos and traditions already stripped from numerous schools, only time will tell. Perhaps even legal action can be taken to ensure that schools are given fair and equal consideration in regards to the NCAA's policies. Until then, we'll just have to deal with the machine that is the NCAA.

Notre Dame continues to reload on the offensive line

Notre Dame continues to reload on the offensive line

In Kevin Austin’s Absence, Which Notre Dame Receivers Will Step Up? 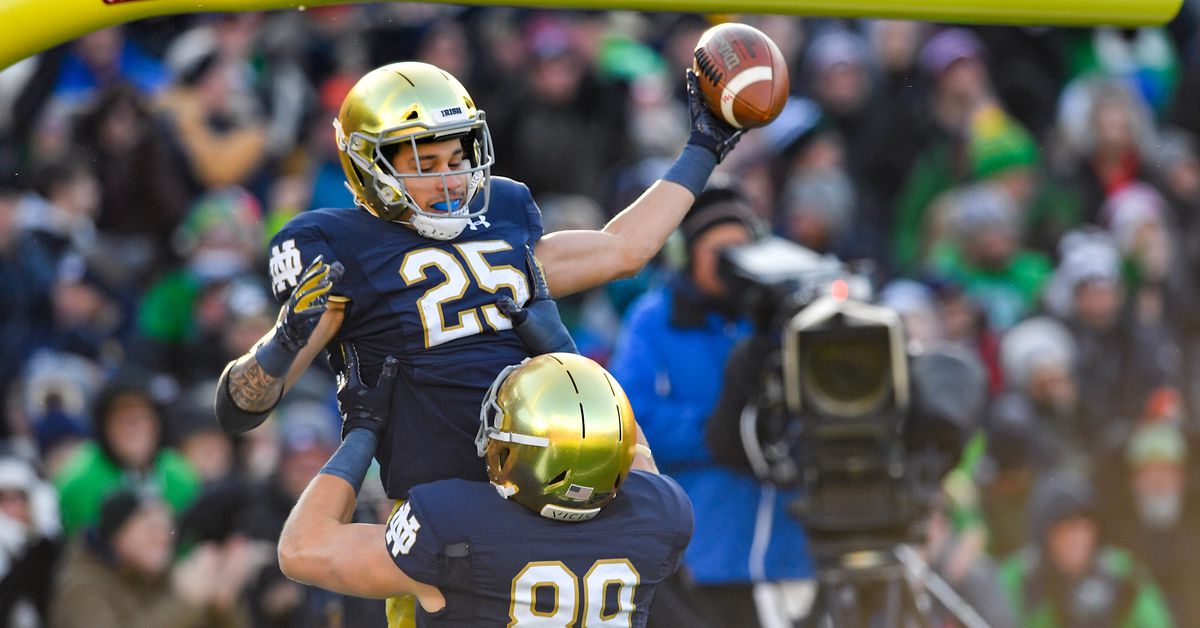 In Kevin Austin’s Absence, Which Notre Dame Receivers Will Step Up?

Pat Rick
via One Foot Down