Last week's BCS meetings in south Florida revealed that we are full-steam ahead towards a four-team college football playoff starting in 2014. The specific format of that four-team playoff is still up for debate, and it will be one of the hot-button topics of this offseason.

South Carolina head coach Steve Spurrier chimed in on his preference on college football's postseason while playing in the Chick-Fil-A Bowl Challenge charity golf tournament at Reynolds Plantation in Greensboro, Ga. (via Josh Kendall of The State):

Steve Spurrier a fan of four-team playoff. "And I (will) like the eight team when we go to that in about five years."

Love the snark, Coach Spurrier. But that doesn't necessarily have to be true.

It's true that most playoff formats expand. The NCAA basketball tournament recently expanded to 68 teams from 64, and Major League Baseball added one wild-card team per league this season. 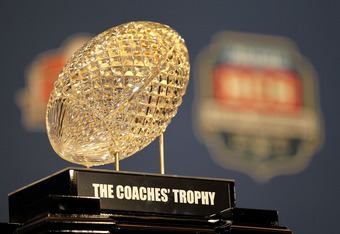 College football isn't like other sports though. The minimal number of games played in football lends the sport to be judged more by off-the-field factors rather than on-the-field performance.

Simply put: College football teams can't all play each other every year.

That's why, given the current landscape of FBS, a four-team playoff is as large as the postseason should be. The goal should be to protect the integrity of the regular season while crowing the top team on the field.

Fighting for home-field advantage in an expanded playoff isn't as dramatic as desperately clinging to a perfect season.

In the BCS era, we've never had more than four teams have a legitimate claim as the national champion in one year. 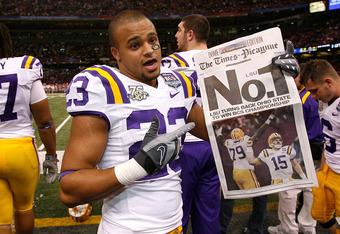 The most debatable of those seasons was in 2007 when two-loss LSU jumped five spots in the final week of the season to claim the No. 2 spot. The No. 3 and No. 4 teams that year were Virginia Tech, which LSU beat 48-7 earlier that season, and Oklahoma, which had two losses including one at 6-7 Colorado.

You could argue that either No. 5 Georgia or No. 7 USC was playing the best football at the end of the season, but that argument should fall on deaf ears. The point of the national championship should be to reward the most worthy team, not the hottest.

Besides, Georgia lost to 6-6 South Carolina at home in 2007. That has to count for something.

The goal fans are yearning for during this process is to finally be able to crown a champion on the field. In the end, though, it's about money—which is why the thought of expanding the playoffs beyond four teams seems likely on the surface.

But that factor could cause another result—the split of FBS into two separate divisions.

The money being generated by the top teams in college football is mind-boggling, especially when compared to the bottom teams in the FBS (via BusinessOfCollegeSports.com). Revised television deals will only accelerate that process, which will probably result in the same four-team playoff, but with those teams coming from 16 or 20-team super-conferences.

ESPN and CBS have already urged the SEC to schedule more compelling games during Weeks 1, 2 and 13 in order to have better inventory to sell; weekly inventory is going to be one of the most important factors during the next round of expansion—which is coming.

That expansion will more likely result in the split of FBS rather than an expansion of the four-team playoff.