Angles and feuds that never happen are the most intriguing part of professional wrestling. The "what if" factor powers great debate that produces questions that have no answers.

One of the most fascinating moments in time that simply never happened was the ECW invasion of Nitro, WCW's flagship program.

Why is this so interesting? No one really knows if it was a real plot or an angle. Who may or may not have known about the invasion and when it was going to happen is a highly debatable issue. Whether Paul Heyman had any idea that such a plan was being talked about is another unknown. There is more mythology around this subject than Herdotus' Histories.

Then there are questions about how this might have affected WCW programming. What would have changed and might it have saved the WCW in the long run?

There have been so many versions of this story that the truth is unlikely to ever surface. Piecing together a coherent timeline is also difficult. So we will start with what is factual.

This was a dual role of on-air performer and backstage contributor. Gordon was one of the few men in ECW who could confront Heyman. Gordon would continue this role until the end of 1997, when Paul Heyman would suddenly announce that Gordon had left his position to spend more time with friends and family.

Later that night, Bill Alfonso, a 130-pound manager and referee, would have one of the bloodiest matches in ECW history against Beulah McGillicutty. It was not a technical wrestling classic, but it captured the feel of ECW perfectly. 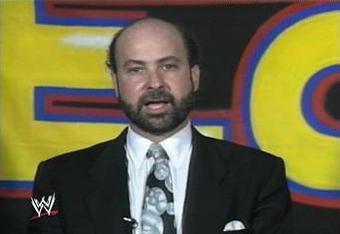 What happened in between is a roller-coaster tale with plenty of opinions and very little evidence.

Most sources do believe there was a mole within the ECW roster. WCW had been able to sign Chris Jericho, Chris Benoit and Rey Mysterio Junior, along with several others, in the previous 18 months.

It should be noted that WCW did pay far better than ECW, so it was not surprising that people wanted a deal with them. However, it did require getting the message to the talent that WCW was interested. This facilitator is still a mysterious figure.

Many believe this person to be Tod Gordon.  He had close ties with Terry Taylor, who was an executive with WCW at the time. Gordon also had free run of the locker room, so could pass on any messages freely.

The invasion plan came from this mole being so successful at hiring new talent for WCW.

This is how the WWE presented what happened next on their DVD, The Rise and Fall Of ECW.

Word spread in the autumn of 1997 that someone was setting up a major angle that would see several ECW superstars invade Nitro. This would echo the invasion by Nash and Hall, the duo who who had set up the NWO. This could be a big break for anyone who was involved.

However, Paul Heyman got wind of the idea and hacked into Gordon's phone to listen to the messages. Heyman heard Gordon, manger Bill Alfonso and Terry Taylor openly discussing the ECW invasion as a matter-of-fact idea. Several wrestlers were named as part of the angle and Heyman felt betrayed. 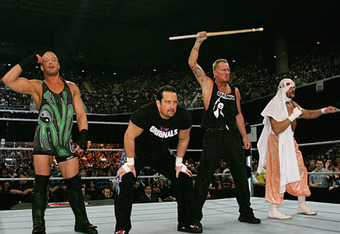 Could This Have Been In An WCW Ring?

This led to Gordon being fired and Alfonso getting a beating before being released. Only Alfonso showed so much of the ECW spirit that he was given a second chance. Alfonso would then lead Rob Van Dam to a 23-month reign as the ECW Television Champion.

However, there are a number of counter arguments to this official tale.

Tod Gordon released a shoot interview in 2007 where he claimed that the whole plot was an angle. Gordon really was retiring and the story revolved around his real duties as WCW's contact with ECW. Earlier interviews have also claimed that the deal was broken off months before Heyman knew about anything because Gordon could not guarantee all the ECW talent a spot in WCW.

Other places have opened up the suggestion that Raven, who had recently switched from ECW to WCW, was the mole and the brains behind the invasion. The evidence for this is that Stevie Richards moved to WCW a few weeks after Raven. Little interest had been shown in Richards before Raven's move, so it may indicate Raven had some level of influence.

Raven was a natural leader and could have been an ideal candidate to spearhead an ECW invasion.

Bill Alfonso is another candidate. Certainly, Alfonso was punished for something, as he reputably lost one-third of the blood in his body against Beulah. Alfonso had been a referee for both WCW and the WWE in his early career, so he would have known members of both writing teams.

Even Paul Heyman is not above suspicion. Vince McMahon openly admits paying Heyman for talent the WWE removed from ECW. Heyman may have hated WCW, as was evident by the amount of time spent insulting their product; however, he often needed money to keep the business afloat.

Heyman could have setup the plan like the WWF invasion angle, but he got cold feet. Alternatively, Heyman who was always suspicious, may have felt that he was being double-crossed. Heyman may have pulled out of the deal and watched to see who would try and continue without him.

Ultimately, no one's truth seems to be backed up by hard evidence, so what really happened will never be known. However, one knock-on effect is clear to see.

The loss of Gordon had a profound effect on Paul Heyman.

Heyman lost one of the few controls on his ideas, so crazier plans were allowed to see the light of day. This meant the success rate of the product started to increase, but so did the danger that the wrestlers put themselves through.

Stress also became a problem. Heyman was taking on too many responsibilities and pushing himself too hard. Heyman was never a great business man and he began to miss payments to wrestlers. This became so common that it pushed  the better talent into seeking employment elsewhere.

Although ECW would be more successful in 1998 and 1999 than at any time in the company's history, the loss of Gordon can also be seen as the beginning of the end.

The effect this had on the WCW is a much harder thing to gauge.

It could be argued that the ECW invasion would not have had any effect on WCW. Most of the talent rumoured to be coming in as part of the deal would eventually join WCW, and none of them got above mid-card status. The ECW talent weren't as famous as Hall and Nash, either. Those wrestlers would not have the impact that The Outsiders did. 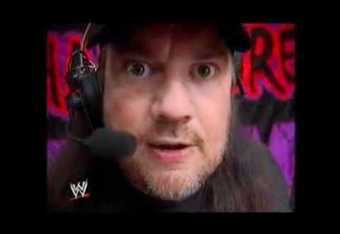 However, it could have made a big difference. One of the big complaints held against WCW was the repetitiveness of the product. The same few wrestlers were at the top and every event finished in a similar way.

An ECW invasion could have introduced some of their wrestlers as main-event players immediately. It would have freshened up the WCW roster and given the NWO someone new to feud with.

It could have given some former ECW talent already in WCW a break. Eddie Guerrero, Chris Jericho and several other wrestlers were languishing at the bottom of the WCW card at this point. These men would be dominant in the WWE several years later and a ECW invasion may have unlocked their talents earlier.

The WWE would break WCW's monopoly as the most-watched wrestling show a few months after the ECW invasion failed to happen. It would be the first of many small victories that would lead to the WWE beating out WCW. Maybe the ECW would have put that off a little longer. No one will ever know.

The WCW Hall Of Fame

Around the WWE Universe 👊

Around the WWE Universe 👊

5 Reasons Why Raw Has Been Better Than SmackDown

5 Reasons Why Raw Has Been Better Than SmackDown