The San Diego Chargers are coming off of their second-straight disappointing campaign and if they don't figure things out in 2012 a lot of people will likely be looking for work next offseason.

With that in mind general manager A.J. Smith went to work this offseason and began to reshape his roster. He added tough veterans like Jarret Johnson, Le'Ron McClain and Atari Bigby, while also signing guys like Robert Meachem, Eddie Royal and Roscoe Parrish. The Chargers also made it a priority to bring back some of their solid veterans like offensive tackle Jared Gaither, center Nick Hardwick, nose tackle Antonio Garay and defensive end Luis Castillo.

While the team could still use some depth along the offensive line, the Chargers are well positioned to make a run at an AFC West title in 2012.

The Chargers schedule plays out fairly favorably. Out-of-conference matchups against the Tampa Bay Buccaneers and Carolina Panthers will certainly be winnable. In addition, non-divisional games with the Tennessee Titans, Baltimore Ravens and Cincinnati Bengals will be much easier to take since they will come at home.

Overall San Diego's schedule lines up well for a team that needs to make a deep playoff run in 2012.

The Chargers will welcome four-time MVP quarterback Peyton Manning to his new division. For the most part, the Broncos and Chargers have owned the AFC West over the past decade so Manning's first foray into this rivalry will be a game to watch.

San Diego has had success against the 11-time Pro Bowl quarterback during his time with the Indianapolis Colts, and the Chargers will be looking to continue that success. 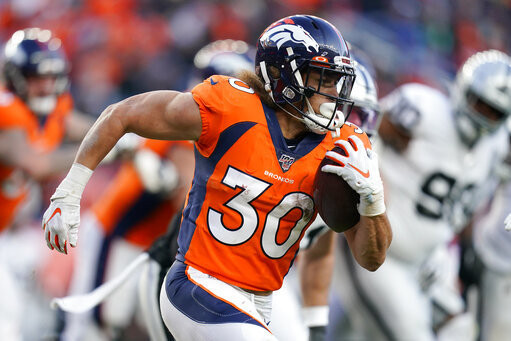