After taking three points from the Wisconsin Badgers, the University of Minnesota-Duluth Bulldogs pushed their unbeaten streak to 14 games.

A trip to Madison is difficult for any team, but especially difficult for Top 5 teams.  Earlier this season, Wisconsin (7-9-2) swept No. 5-ranked North Dakota and split with No. 1-ranked Minnesota when they visited the Badgers in Madison.

Furthermore, the Kohl Center is one of the toughest places to be in college hockey.  The Badgers lead the NCAA in attendance regularly.  This year UW leads the nation in attendance, averaging almost 11,200 per night.

Despite the great difficulty of playing the Badgers in Madison, UMD weathered the storm.  The Bulldogs managed a 3-3 tie on Friday, despite being dominated by UW's Justin Schultz.

On Saturday, UMD dominated the game.  The Bulldogs jumped out to a four-goal lead.  The Badgers were able to muster two goals near the end of the game while on the powerplay.  At one point, UW had a six on three advantage.

Overall, the Bulldogs' performance solidified themselves as the nation's top team.

Cornell was idle this weekend and does not play until December 28 against UMass.  The Big Red will have over three weeks off between games.

Sparty could only manage one point against rival Michigan.

The Riverhawks knocked off BC 3-2 this weekend.

Colgate tied Merrimack 1-1 and does not play until December 30 against Canisius.

The Bulldogs split with Notre Dame, each winning by a score of 4-1.

BU defeated rivals UNH and Maine this weekend by a combined score of 7-2.  The Terriers don't place until their New Year's Eve game against Notre Dame.

The Mustangs are riding a four-game unbeaten streak.

Miami ended OSU's nine-game win streak on Friday.  The Buckeyes then squeaked out a 3-2 win in overtime on Saturday.

The Irish have three weeks until their next game against Boston University.

The Dutchmen have the pleasure of facing Merrimack (9-2-2) next weekend.  Union is coming off of a 5-2 win over RPI.

The Tigers struggled with UAA, splitting the series.  However, the Tigers can look to right the ship against MSU-Mankato (5-12-1) this weekend in Mankato.

Michigan Tech knocked off Minnesota 3-2 in overtime on Friday, but Minnesota bounced back to win 6-2 on Saturday.

The Eagles suffered a 3-2 loss to Massachusetts-Lowell.  BC does not play until the Great Lakes Invitational on December 28 against Michigan.

The Bulldogs managed to take three points from the Badgers in Madison despite UW's Justin Schultz's two-goal effort on Friday.  However, UMD was unable to score a net empty goal, after the Badgers pulled their netminder with six minutes left in the third period. 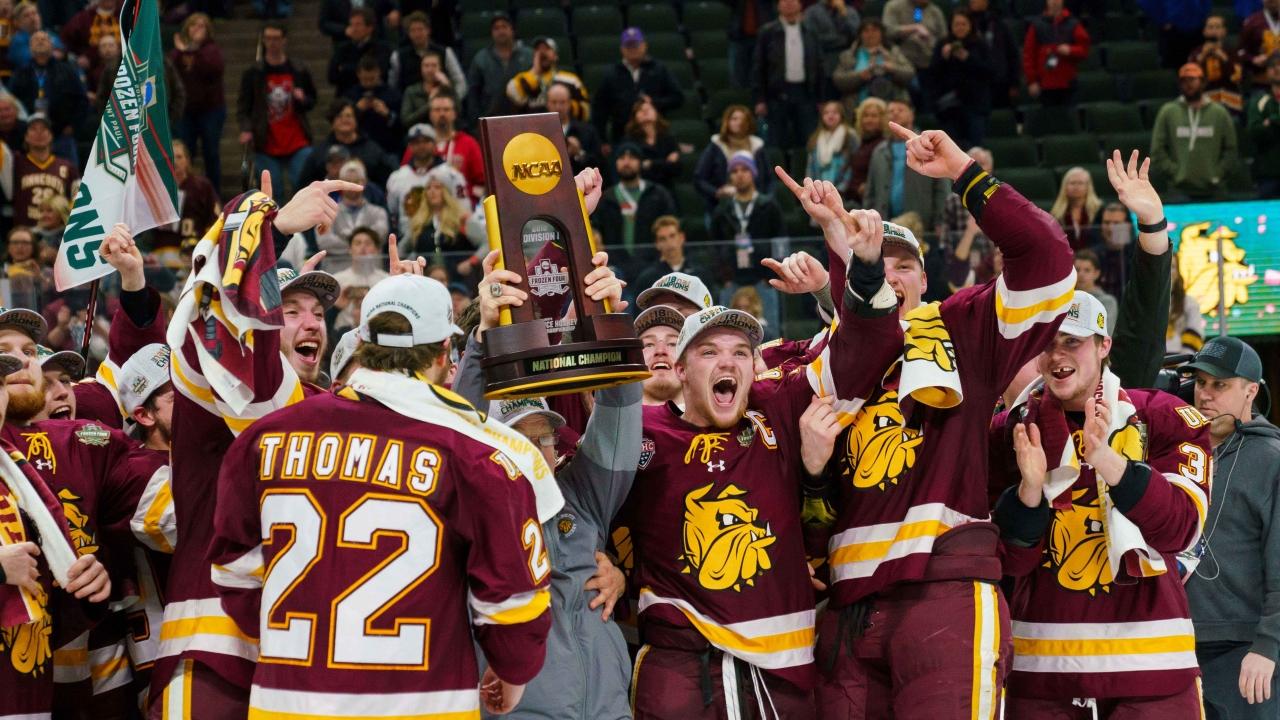