If you can tell me what Paul Holmgren has planned for the rest of the summer, you're a liar.

July 1 was the first day of NHL free agency and the Flyers have been as active as anyone in the entire league, making some curious moves to say the least.

In one of the first moves made by any team, they signed former public enemy No. 1 and future Hall of Famer Jaromir Jagr to a one-year deal worth 3.3 million after the Penguins and Red Wings rescinded their offer due to Jagr's salary demands.

The Penguins had offered a one-year deal worth $2 million, and in the end Jagr took money over history in choosing to end his career with the team that despised him for most of the last two decades. He can still produce, but the expectations for him may be a bit higher than they should be. Where Jagr will fit in on this team remains to be determined, but it certainly will be a shock to see him in orange and black.

They followed this up by signing rugged defenseman Andreas Lilja to a one-year deal reportedly worth $750,000. Lilja, who has spent most of his career with the Red Wings and Ducks, will essentially fill Sean O'Donnell's role on the club. O'Donnell signed with the Blackhawks earlier in the day. The Flyers needed to add a third pairing defenseman, so I can't say I don't like the move, but it's nothing to get excited about.

In another strange move, Holmgren signed another recent public enemy, former Penguin Maxime Talbot. He is best remembered in Philadelphia for goading Dan Carcillo (thankfully a former Flyer now) into a fight in Game 6 of the 2009 Eastern Conference quarterfinals that shifted momentum to the Penguins, who went on to eliminate the Flyers that day.

Talbot's deal is five years for a total of $9 million, and while I can't believe that he will be playing in Philadelphia, I think he will be a very valuable piece to move forward with. He's the type of player that every team needs to win games—especially in the playoffs—and while they may have slightly overpaid, I think Talbot will play a big role for the team next year.

Soon after this deal was announced, the team traded winger Kris Versteeg to Florida for a 2012 or 2013 second-round pick and San Jose's 2013 second-round pick. Versteeg, acquired from Toronto at the trade deadline, never really fit in with the Flyers, and Holmgren essentially is admitting that he made a mistake with this move. In the end, it's good the team managed to at least get something back for him.

The most puzzling move of the day is the most recent one. Ville Leino, whose potential re-signing was the only bright spot that Danny Briere could find in the Mike Richards and Jeff Carter trades, was not re-signed by the team and instead signed with Buffalo. New owner Terry Pegula has been very active, signing Leino to a six-year, $27 million contract and defenseman Christian Ehrhoff to a 10-year, $40 million contract.

Granted, Leino wanted $5 million a year, which is a huge increase for a player with one very good season under his belt. However, he was a crucial part of this team. Giving in to his demands over signing Jagr might have been the right move to make, but I certainly wish him the best of luck in Buffalo.

Other rumors had the Flyers looking into signing former Flyer Michal Handzus, though his agent quickly shot those down.

They have also signed Jakub Voracek, part of the Jeff Carter trade, to a reported one-year deal worth $2.25 million, and let Brian Boucher leave and sign with the Carolina Hurricanes.

To say that the summer of 2011 marks a massive change for the Flyers already was an understatement, and Paul Holmgren seems committed to keeping fans on edge all summer long.

2020 NHL draft profile: Why Jan Mysak is so intriguing

2020 NHL draft profile: Why Jan Mysak is so intriguing 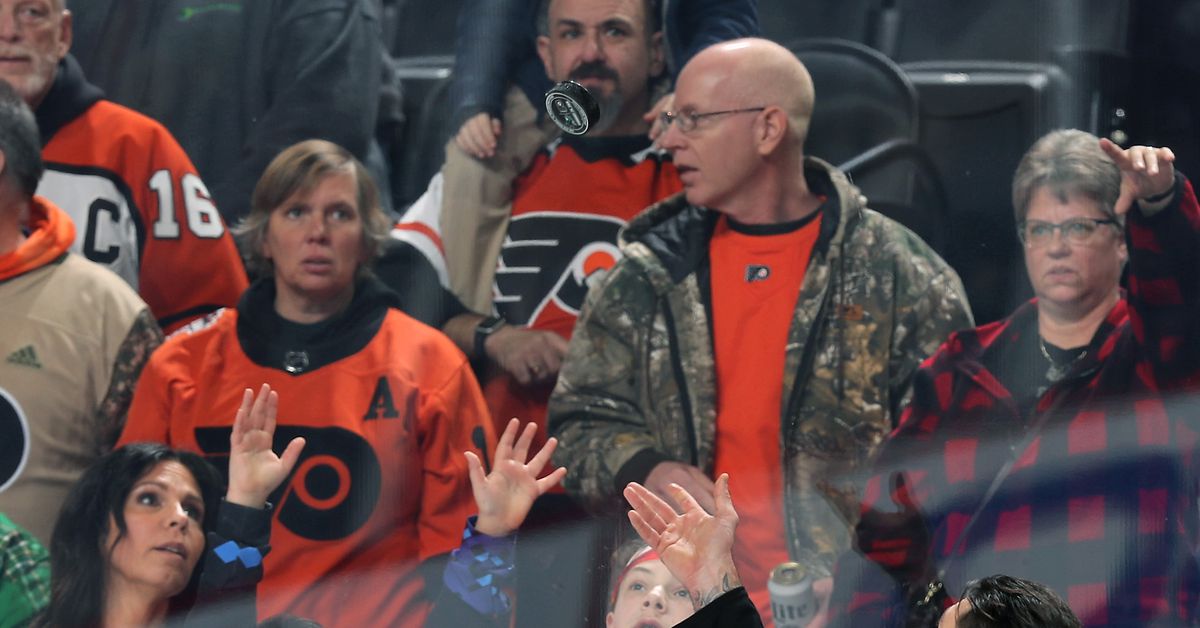