In one of the most anticipated roster moves of the 2011 season, the Kansas City Royals have promoted third base prospect Mike Moustakas from Triple-A.

He is expected to make his major league debut Friday night at Anaheim.

Moustakas ranked as the No. 9 prospect according to Baseball America prior to the 2011 season, one spot behind teammate Eric Hosmer, and several spots ahead of productive rookies Michael Pineda (16), Freddie Freeman (17), Zach Britton (28), Danny Espinosa (66) and Craig Kimbrel (86).

Moustakas improved his plate approach in 2010, according to Baseball America:

“He started laying off pitches that he couldn’t do much damage to, leading to more favorable counts and more opportunities to unleash his plus-plus power.”

Let me repeat that: plus-plus power.

The 22-year-old left-handed batter has excellent bat speed and power to all fields. He doesn’t walk much, but he has an extraordinary ability to make contact. His limited range and poor footwork will likely land him in the outfield someday, but for now, his fantasy value is significant in all leagues thanks to his power bat at third base.

Considering the injuries to David Wright, Evan Longoria, Ryan Zimmerman, Pablo Sandoval and the general suckiness of most other third baseman, “Moose” is a must-add in all leagues.

He’s capable of posting double digit dingers for the rest of the season with a solid average, and is expected to be a middle-of-the-order stalwart in the Royals lineup for years to come. 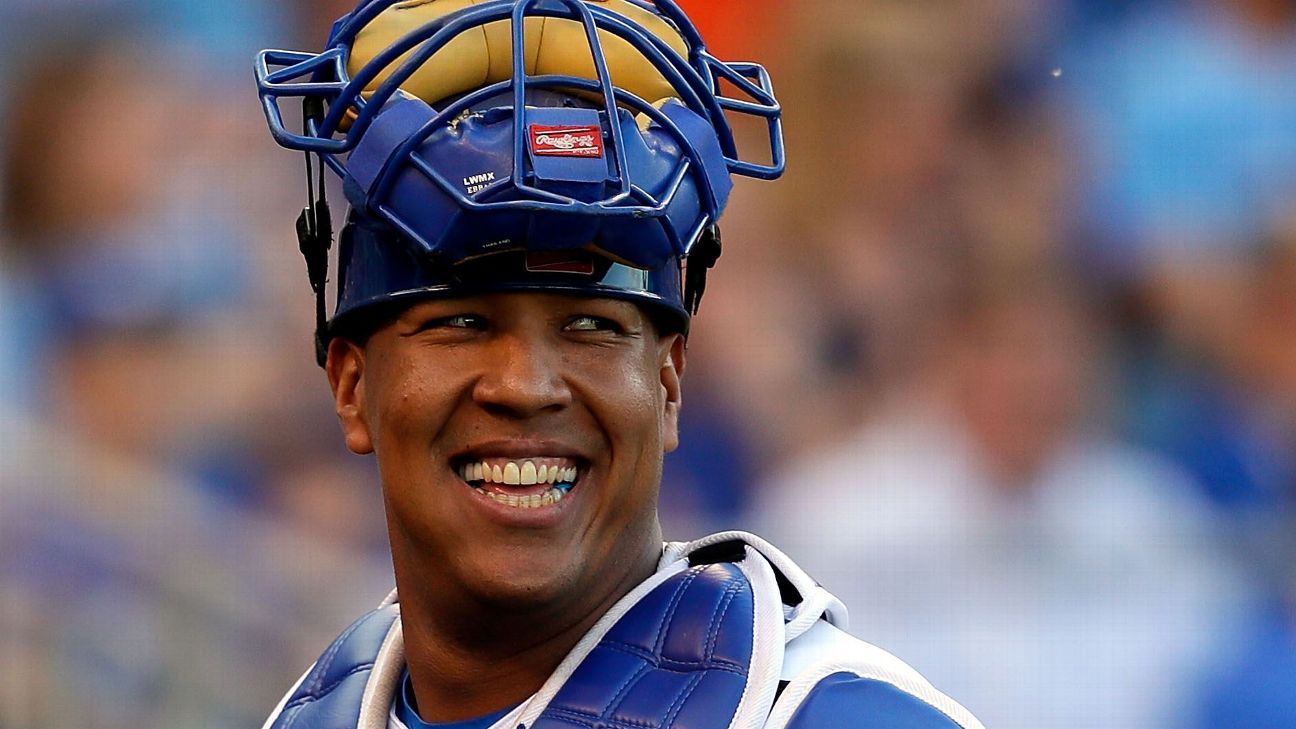 Salvador Perez makes his return behind the plate for the Royals

Salvador Perez makes his return behind the plate for the Royals

Royals’ Ian Kennedy: First one is out of the way

Royals’ Ian Kennedy: First one is out of the way