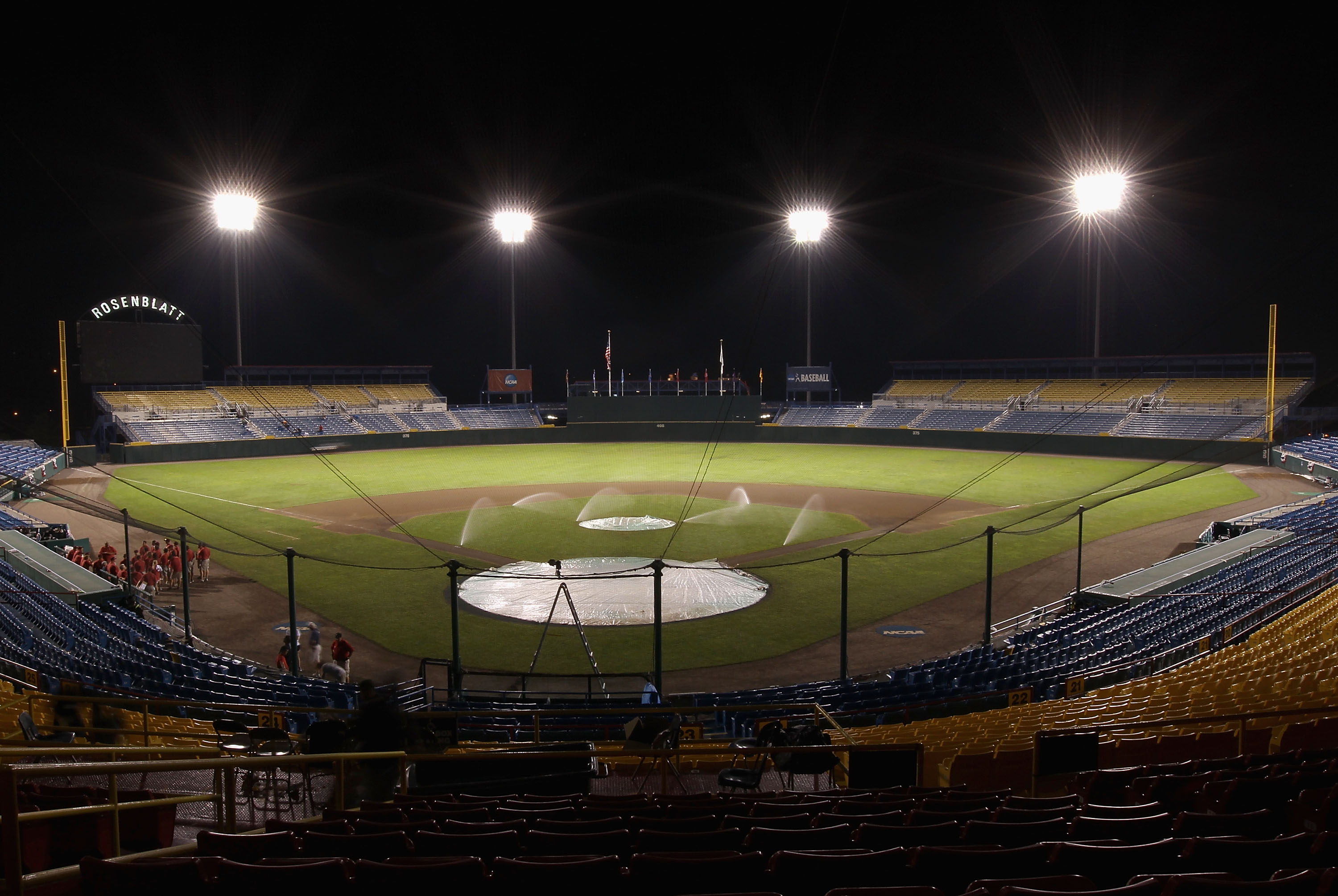 Like the regional up at Charlottesville, the Clemson regional will be hotly contested. Clemson is one of the hotter teams in the nation and will be looking to keep that going.

Connecticut was a preseason top-10 team in some polls but struggled with consistency and fell to a 2-seed. They obviously still have all that talent, and now it looks like they are putting it together. They could very easily end up winning this one.

Coastal Carolina was a team that made it to the Super Regionals last season before losing to eventual national champion South Carolina. They still have a ton of talent from that team last season, and they are probably better than their seeding would indicate.

Sacred Heart rounds out the field. The boast a solid 34-21 record and blew through the Northeast Conference postseason tournament.

Prior to a late season surge, Clemson was out of the hosting discussion altogether. They put together a nice finish to the season, getting them the hosting spot they were hoping for.

The Tigers can mash. Led by Richie Shaffer and Chris Epps, they clubbed 43 home runs as a team. Brad Miller hit over .400 for the season in helping Clemson to a team batting average of .319.

On the hill, the Tigers lack an overpowering ace but make up for it with plenty of depth in both the rotation and bullpen. Four players had multiple saves and six players started at least four games. Clemson boasts many players that can pitch in a variety of roles.

Best case scenario: Clemson stays hot and sweeps their way through the regional led at the plate by Brad Miller and on the mound by a myriad of arms.

Worst case scenario: Clemson cools off and their lack of a true ace keeps them from being able to close out the regional. They are taken to a winner-takes-all final game against either Connecticut or Coastal Carolina.

As I mentioned in the open of the capsule, Connecticut had plans on being more than a 2-seed. Coming into the season, they were in the top 10 in some polls. They had designs on hosting their own regional and even being one of the top eight seeds in the tournament.

Their stumble out of the gate took them out of contention to host, but they recovered nicely to set themselves up well as the 2-seed here at Clemson.

The Huskies are led offensively by the otherworldly talent of George Springer. He promises to be a high draft pick in the upcoming MLB draft.

On the mound, they boast an elite ace in Matt Barnes and one of the better closers in the nation in Kevin Vance. Overall, they have a team ERA of 2.85.

Best case scenario: George Springer has a huge regional and behind great starts by Barnes and Greg Nappo, the Huskies help cool off Clemson and advance to the Super Regional round.

Worst case scenario: Opposing pitching staffs refuse to let Springer beat them and the rest of the UConn offense doesn't have enough firepower to make up the difference. Good pitching outings by their staff are wasted, and the Huskies can do no better than win a single game in the loser's bracket.

The Chanticleers will be looking to duplicate last season's appearance in the Super Regional round. Much of the talent from last season has moved on, but they do still have some holdovers, most notably pitchers Anthony Meo and Matt Rein and leading hitter Tommy LaStella.

Coastal never really got rolling this season. It never felt like they were clicking on all cylinders, yet they ended up with another 40-plus win season.

The aforementioned LaStella, Scott Woodward and Daniel Bowman lead a well-rounded offensive attack. On the bump, Meo, Rein and the versatile Josh Conway lead the way.

Best case scenario: Coastal Carolina picks the right time to finally catch fire and veteran pitchers Meo and Rein lead them into the Super Regional round.

Worst case scenario: The Chanticleers continue to struggle in spite of themselves.The team has trouble getting anyone not named LaStella or Woodward on base as their year long battle with low batting averages continues.

The Pioneers capped off a great season by grabbing the automatic bid to the NCAA tournament with a clean run through the Northeast Conference tournament.

They are led by a group of solid contact hitters that make for tough outs for opposing pitchers. They have three hitters that get on base at better than a .400 clip.

Sacred Heart doesn't have much in the way of great arms, but they do have a large group of pitchers with solid numbers and experience pitching in a number of roles.

Best case scenario: The Pioneers wear down an opposing pitching staff with their pesky style at the plate and are able to steal a game from an opponent that has overlooked them.

Worst case scenario: Their thin pitching staff can't hold anyone and their offense can't keep up. The Pioneers find themselves at 0-2 before they can even get comfortable.

This regional is one of the few that I could see three different teams winning. Clemson, Connecticut and Coastal Carolina all have the talent to get it done.

I feel like Clemson has been running hot lately, and they are bound to cool off. Both Connecicut and Coastal Carolina have talent that is better than their seeding. They could both be hosting if things fell a bit differently.

In the end, I'm going with the Huskies in this one. They have the best single player in the regional in George Springer. They also have arguably the best starter in Matt Barnes and the best closer in Kevin Vance.