25 Most Offensive Sports Comments and Gestures Caught on Video 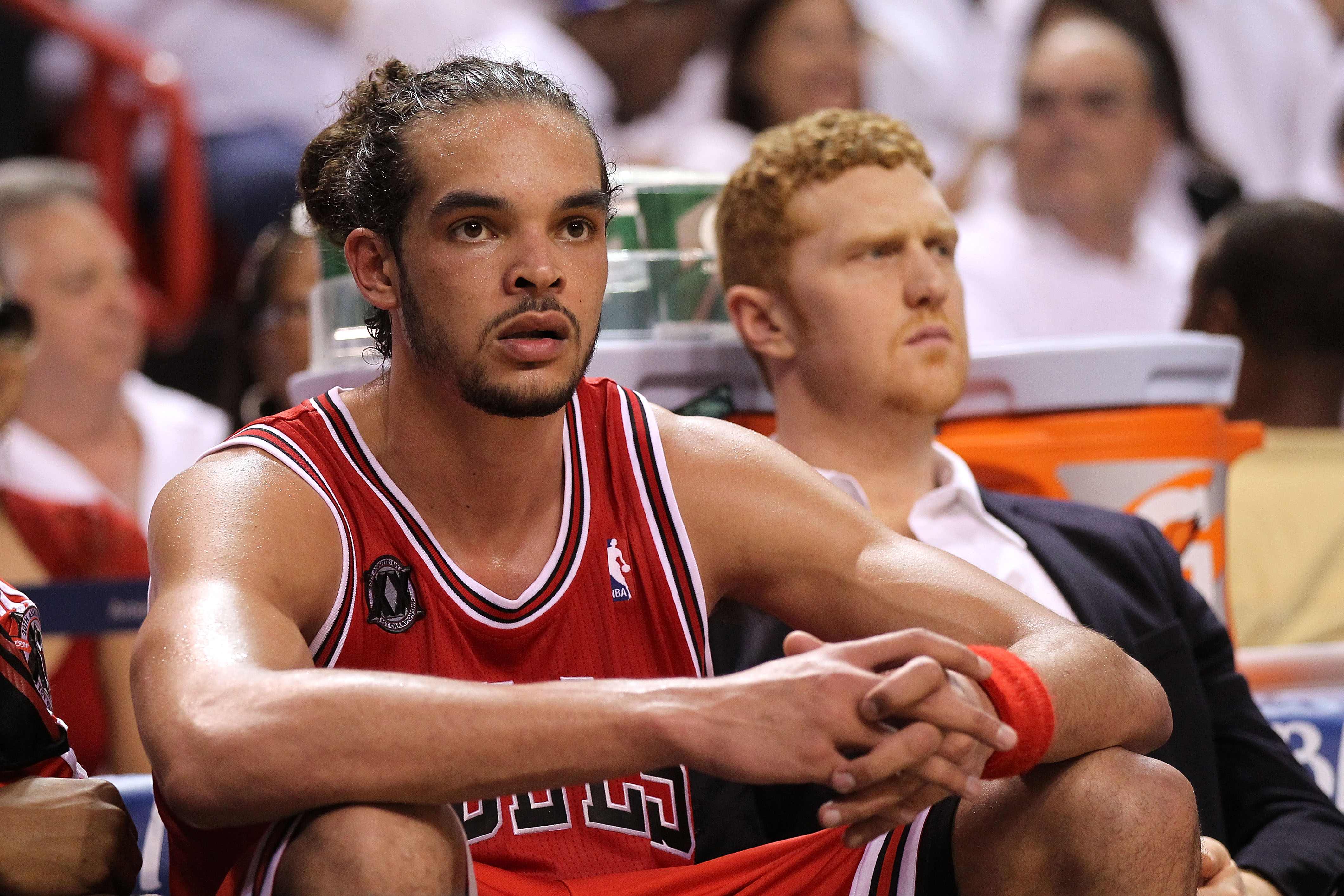 Communication is a complex thing.

Through words, humans can express many ideas and thoughts that are positive and bring the world together.

Then there are those certain words and gestures that humans have decided are offensive.

These are the 25 most offensive sports comments and gestures caught on video.

Some of these athletes lost money, and some lost respect. Many lost both.

All of these slides are viewed as offensive. Viewer discretion is advised.

So all you children with little eyes and ears, you have been warned.

In the Hit for Haiti charity fundraiser at the BNP Paribas Open, things got weird between two grown men.

Pete Sampras took it personally when Agassi gave him a hard time about being a bad tipper.

Agassi was referring to a story he had in his book about Sampras only tipping a dollar at a restaurant in Indian Wells.

How uncomfortable would it be to be Rafael Nadal or Roger Federer during this charity event?

At the Dubai Desert Classic, Sky Sports commentator Ewen Murray described Tiger Woods spitting on the 12th green as "one of the ugliest things you will ever see on a golf course."

Give the guy a break. Sometimes you just have to get the taste of hooker's spit out of your mouth any way you can.

The celebration that Joe Buck referred to as a "disgusting act" cost Moss $10,000.

The celebration was in response to Green Bay fans' tradition of showing their pale, white asses to the visiting team's bus in Lambeau's parking lot.

Earlier in that exchange, a reporter from KARE-TV in Minneapolis asked if Moss had written the check yet. Moss responded that he doesn't write checks. When the reporter inquired Moss on how he intends to pay the fine, Moss responded in classic fashion:

After a 107-92 loss to the San Antonio Spurs in which the Spurs made 13 three-pointers, Phil Jackson responded to a question about the Lakers' lack of defense against the Spurs' penetration.

He made light of the situation by referring to Brokeback Mountain, a film that is a story of two gay cowboys.

I say fine the reporters! Their laughter offends me!

Jackson went on to apologize for his comments, saying, "If I've offended any horses, Texans, cowboys or gays, I apologize."

"I used to have a real temper, and I've gotten a lot better."

That is a quote from Serena Williams after she came about as close as you can to almost physically beating someone without actually doing it.

My goodness. I would hate to see what happens when Serena gets really mad. I picture blood and limbs flying in multiple directions.

To be honest, this video doesn't really do this justice. Check out this picture.

Chaney, you are so silly. Threatening to kill Calipari with a curse-laced tantrum.

How could you do that?

We all know what a class act Calipari is.

No. 19: Charles Barkley and Tic-Tacs

In one of his several appearances in this slideshow, Charles Barkley made a disturbing declaration.

Doesn't he know that you're supposed to visit the hospital immediately if you have an erection lasting more than four hours?

No. 18: Charles Barkley and Cats

Four months after he was arrested on drunken driving charges, Barkley decided that he needed to give his PR guy another workload.

While previewing the Lakers-Magic Finals matchup in 2009, Sir Charles decided to throw out some words that are usually frowned upon on live national television.

While Charles usually takes the cake in controversial moments during Inside the NBA on TNT, Tracy Morgan decided to one-up Chuck.

It probably didn't take them too long to create the apology because most likely there are copies made to go for whatever Charles decides to do in the future.

No. 16: College Football Announcer Tries to Be Funny

During an Iowa-NIU football game in 2006, ESPN commentator Brian Kinchen was kind of suspended for his comments describing what you need to do to catch a football.

Kinchen apologized for his comments, stating:

"They were completely inappropriate and not at all a reflection of who I am or the way I perform my work. I have learned from my mistake and look forward to continuing my broadcasting career."

LeBron uttered the R-word after Dwyane Wade received a question about his play in the Eastern Conference semifinals in which he pulled Rajon Rondo down, dislocating Rondo's elbow.

LeBron didn't appreciate the question towards his teammate.

Hasn't he seen the PSA featuring Jane Lynch and Lauren Potter of the hit show Glee?

The flashing of the bird by Sean Williams in the 2008 NBA Rookie Challenge caused so much controversy that it has destroyed families and split up friends.

There are many questions surrounding the reason for Williams' middle finger.

Was it for LaMarcus Aldridge? Was it a joke? Was it for Jordan Farmar?

Maybe we will never know. 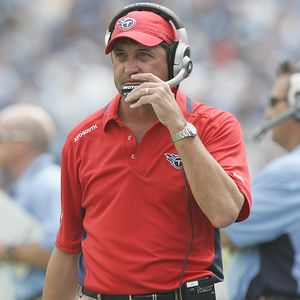 Former Tennessee Titans defensive coordinator Chuck Cecil was not too pleased about a neutral zone infraction penalty against the Denver Broncos in Week 4 of the 2010-2011 season.

Cecil was fined $40,000 for his actions. His fine was lower than Rex Ryan's, who was levied $50K for giving the bird at an MMA event.

How are these fines decided? Do commissioners have a dartboard somewhere to choose a certain punishment?

What makes this flipping-the-bird moment great is that Ference claims that he flipped off Hab fans on accident.

You know what? Call me gullible. I believe him. I just can't believe a hockey player would give that weak of a bird if he really meant it.

Raikkonen told Vitantonio Liuzzi he was number one during a practice run. I can't tell you what the finger was for.

Maybe Liuzi cut him off or was a slow turner.

Lord knows I have had my fair share of road rage, so seeing a professional driver pull this stunt is about as refreshing as an ice-cold lemonade on a summer day.

I had no idea those Formula One guys had it in them.

Michael Vick was having a bad day.

He was sacked three times, his receivers dropped five balls, he only threw for 52 yards and his team lost to the New Orleans Saints 31-13.

This came two days after Arthur Blank had a meeting with Vick regarding Jim Mora's comments that he was a "coach killer."

After all that frustration, turning on the home fans seems to be the sensible reaction.

After a 41-17 drubbing of the Buffalo Bills in 2009, then-86-year-old Bud Adams celebrated by throwing up double middle fingers.

Adams apologized for his actions but then did it again in a game against the Houston Texans.

Well guys, it looks like it might be time to put old man Adams in a home.

Wisniewski was suspended two games for his inappropriate gesture towards Sean Avery in an Islanders-Rangers game in 2010.

After the game, Wisniewski claimed that he didn't remember doing the gesture.

By the way, we need to make a game similar to Six Degrees of Kevin Bacon for Sean Avery. I swear, somehow that guy is involved in almost everything.

Wayne Rooney was obviously fired up after his hat-trick goal against West Ham in April.

Because he was so excited, he decided to do what I always do when I do something good: swear at one's own reflection.

Unfortunately, his reflection was from a lens of a rolling video camera.

Rooney served a two-game ban for his actions.

This occurred in the first quarter of Miami's 96-85 win over the Bulls in Game 3 of the Eastern Conference finals.

Picking up two fouls in the first quarter is certainly something Joakim didn't want to do and was understandably pissed about.

Word on the street is a Miami fan decided to say a few things about Noah's sister, and then, well, you know what happened.

Noah continues to be a multimillion-dollar athlete who gets pretty much everything he wants.

This is while that douchebag in Miami gets to know that his 15 minutes of fame is yelling at a professional athlete.

Kobe Bryant was forced to pay a $100,000 fine after his slur in a game against San Antonio in April.

After gay and lesbian groups showed their displeasure, Bryant apologized.

“My actions were out of frustration during the heat of the game, period. The words expressed do not reflect my feelings towards the gay and lesbian communities and were not meant to offend anyone.”

However, I was offended by his childish tantrum that would put a toddler to shame.

In a Hockey World Championship qualifier, Oliver Setzinger was sent to the penalty box in the third period.

He then had a nice little chat with a fan that took a sudden turn.

The transition was so quick, in fact, that the announcers were still laughing while he asked the million-dollar question.

This was after a 34-27 victory over the Miami Dolphins, so I have no idea what made Dominic Raiola so angry.

I can only assume that Raiola shares the same hatred I do for the cocoa-butter-infested hellhole that is Miami.

I have to say, I am pretty impressed.

Michael David Smith wrote an entire article about how it is unacceptable to use homosexual slurs in the UFC and how the organization as a whole should put a stop to its fighters using those slurs.

This was in the midst of a barrage of cursing and the use of the word p**** in front of a camera, which are perfectly fine.

In the Superliga semifinal match between Sada Cruzeiro and Volei Futuro in April of this year, Sada Cruzeiro "fans" began chanting the word that Joakim Noah and Kobe Bryant have come under scrutiny for.

Their chants were directed towards Michael, an openly gay middle blocker from Volei Futuro.

Boy, does this video really put the Kobe and Joakim situations in perspective.

It is one thing to scream out a slur in frustration. It is something completely different when an entire collective group begins chanting a slur that is supposed to completely dismantle a human being. Though racial and homophobic slurs are never acceptable, using the word like this brings it to an entirely different level different level of being offensive, in my opinion.

Let's hope it never gets this bad here in the States.