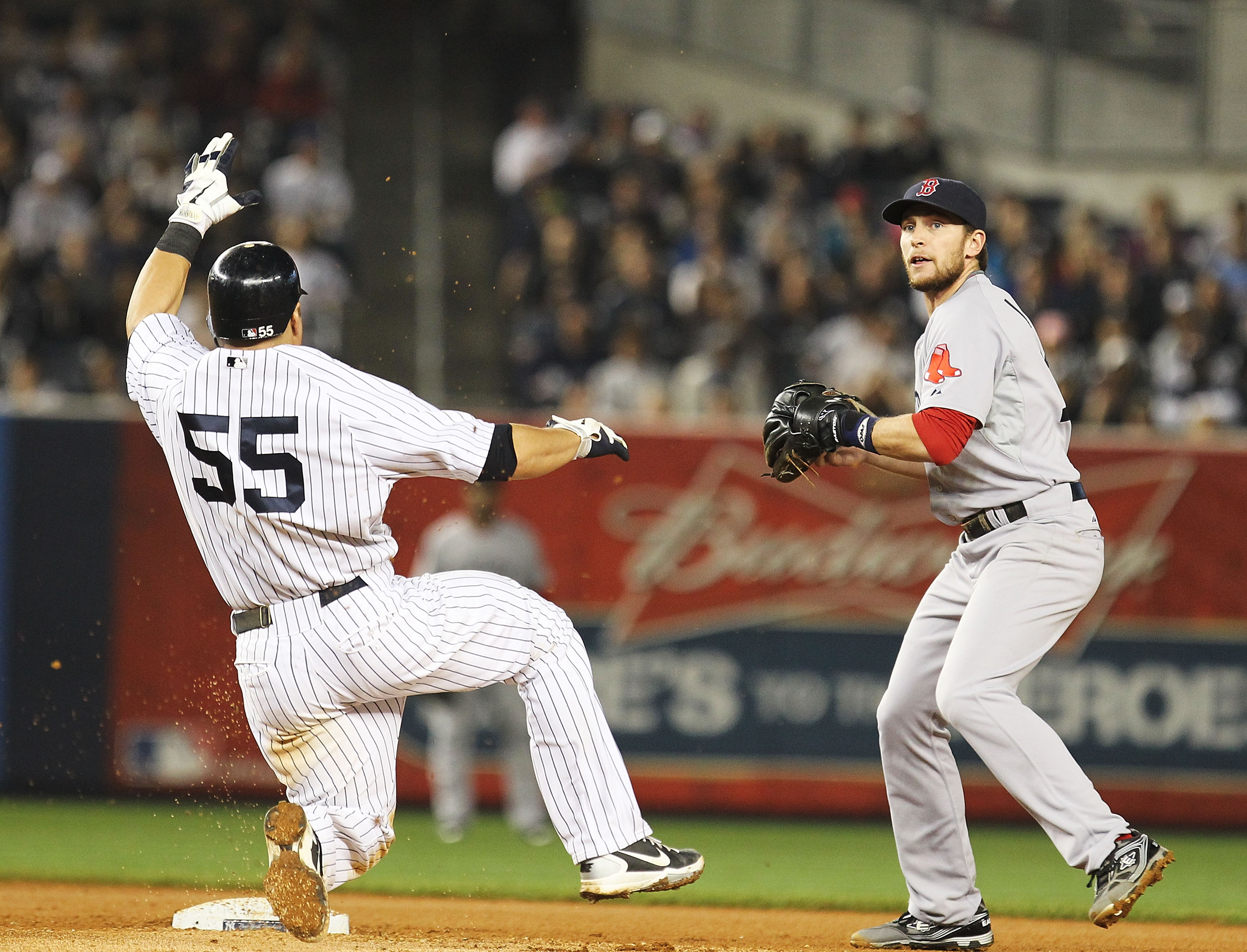 Since the inception of the American League East, it has always been a two-horse race with the exception of a Tampa Bay Rays organization or Baltimore Orioles team showing some hope early on in the season. It usually always comes down to either the New York Yankees or Boston Red Sox, with the second place team more often than not taking the AL Wild Card home.

The 2011 MLB Season has proved to be different than the past several years. We are about a third of the way through the season and just four games separates the fifth place Toronto Blue Jays from the first place Boston Red Sox.

Let's break down where each of the five teams are at right now and see what they need to do to improve or if it is even realistic to keep them in the conversation. 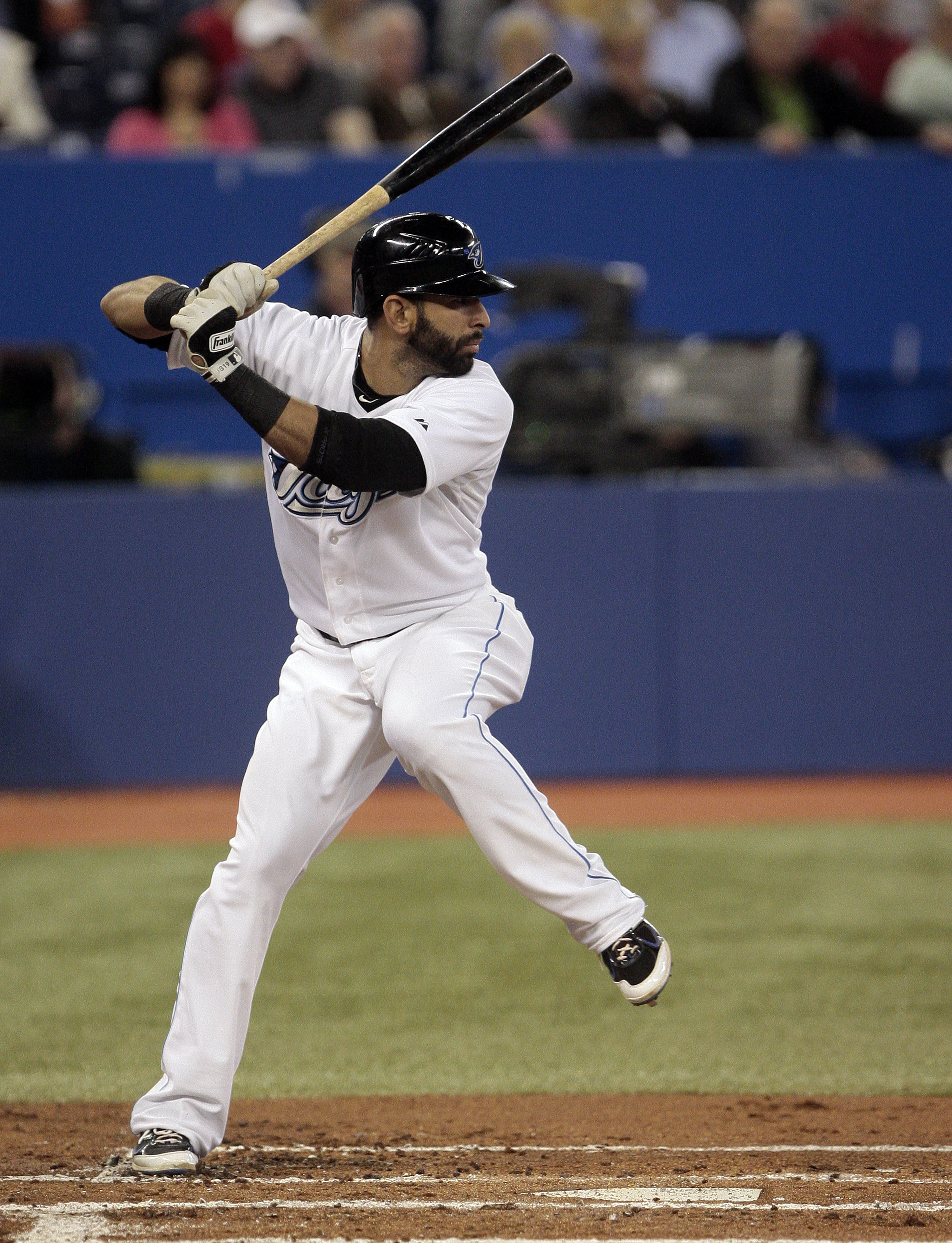 The Good: One-season wonder? I think not. Jose Bautista returned to the home-run hitting form he had in the 2010 season almost immediately this season and leads the MLB in home runs with 19 to date. In addition to Bautista, the Jays bats have been somewhat of a surprise this year. Adam Lind has had his most consistent season in a while and is hitting a solid .313 so far this year. With a youthful and high-powered batting rotation, many pitchers are having difficulty shutting the Jays offence down.

The Bad: What always seems to be the Jays main problem season in and season out is their pitching. Yet again, the 2011 Blue Jays pitching rotation is proving to be their Achilles heel. Only one Jays starter has a winning record this season. At just 4-3 that man is Jesse Litsch. Even the highly touted Ricky Romero is 4-4 despite posting a fantastic 2.91 ERA. Most recently, Jo-Jo Reyes lost yet another start after giving up five runs to the New York Yankees and hasn't won a start since 2008, the longest such streak in MLB history.

The Jays need to seriously find some consistent starting pitching if they want to win 90-plus games this season. It looks as though they don't want to give to much up to get a solid No. 1 starter this year though, so I can't see the Jays being up there for the title come September, unfortunately. 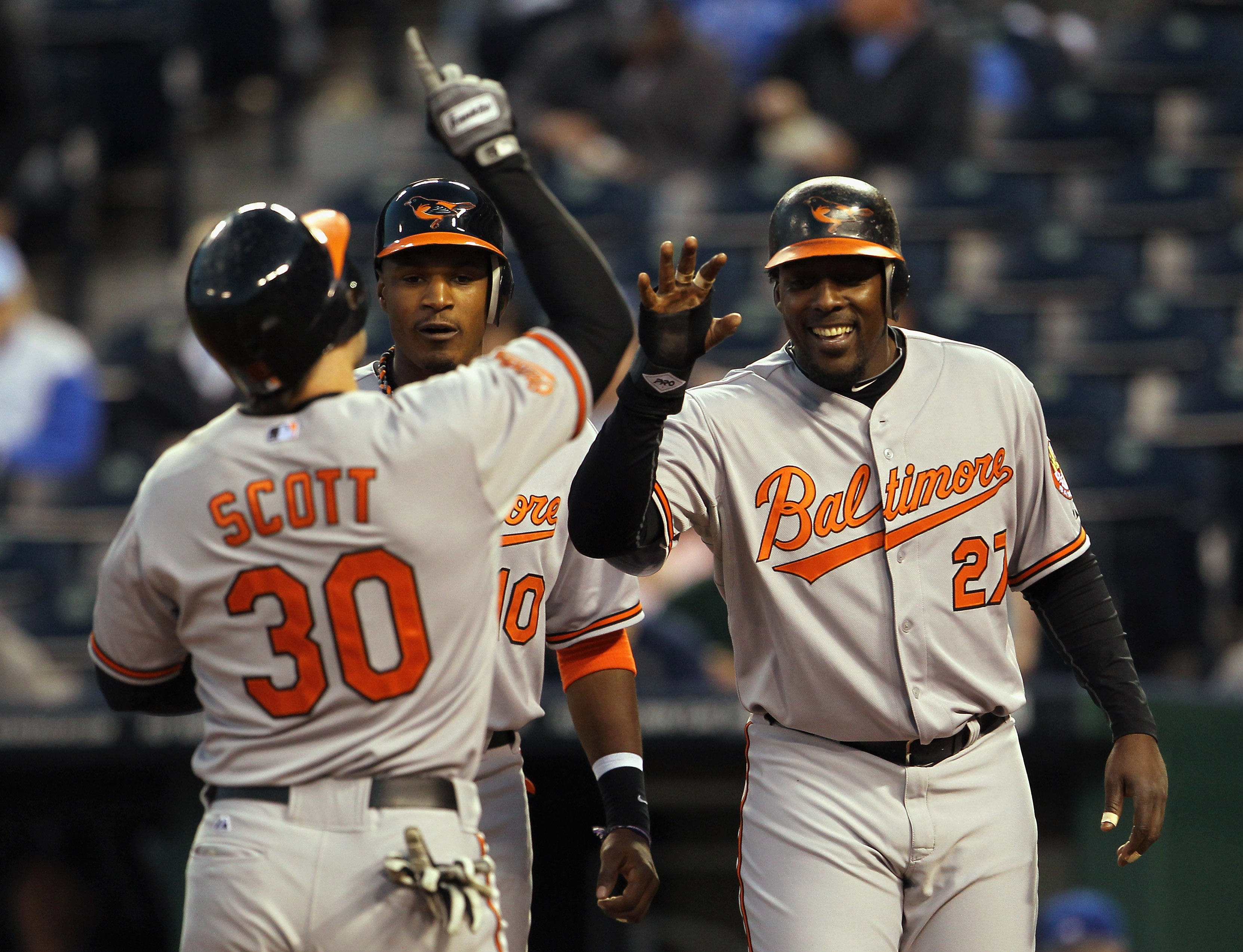 The Good: The Orioles have been getting good pitching from both Jake Arrieta with his 6-2 record as well as Zach Britton with a record of 5-2 and an ERA of just 2.35. The Orioles have benefited from the core of their batting order. With strong seasons from Vladimir Guerrero, Adam Jones and Nick Markakis, the Orioles are still in the thick of things in the AL East thus far in 2011.

The Bad: Unfortunately for the Orioles, their fielding has hurt them in games this season. Their fielding percentage is middle of the pack in all of the MLB, and key errors by third baseman Mark Reynolds have really cost them. Other than closer Kevin Gregg, the O's relief pitchers have not done themselves any favors this season. Most of them have ERA's upwards of 4.00. Relief pitchers like that cannot clinch victories for their respective team.

If the Orioles want to have any hope of staying in the run for the AL East Title in 2011 they need to seriously improve their relief pitching and fielding and hope that their strong bats keep up and the rest of the order gets in the swing of things. If they don't, they will be right back where they were last year, the basement of the division. 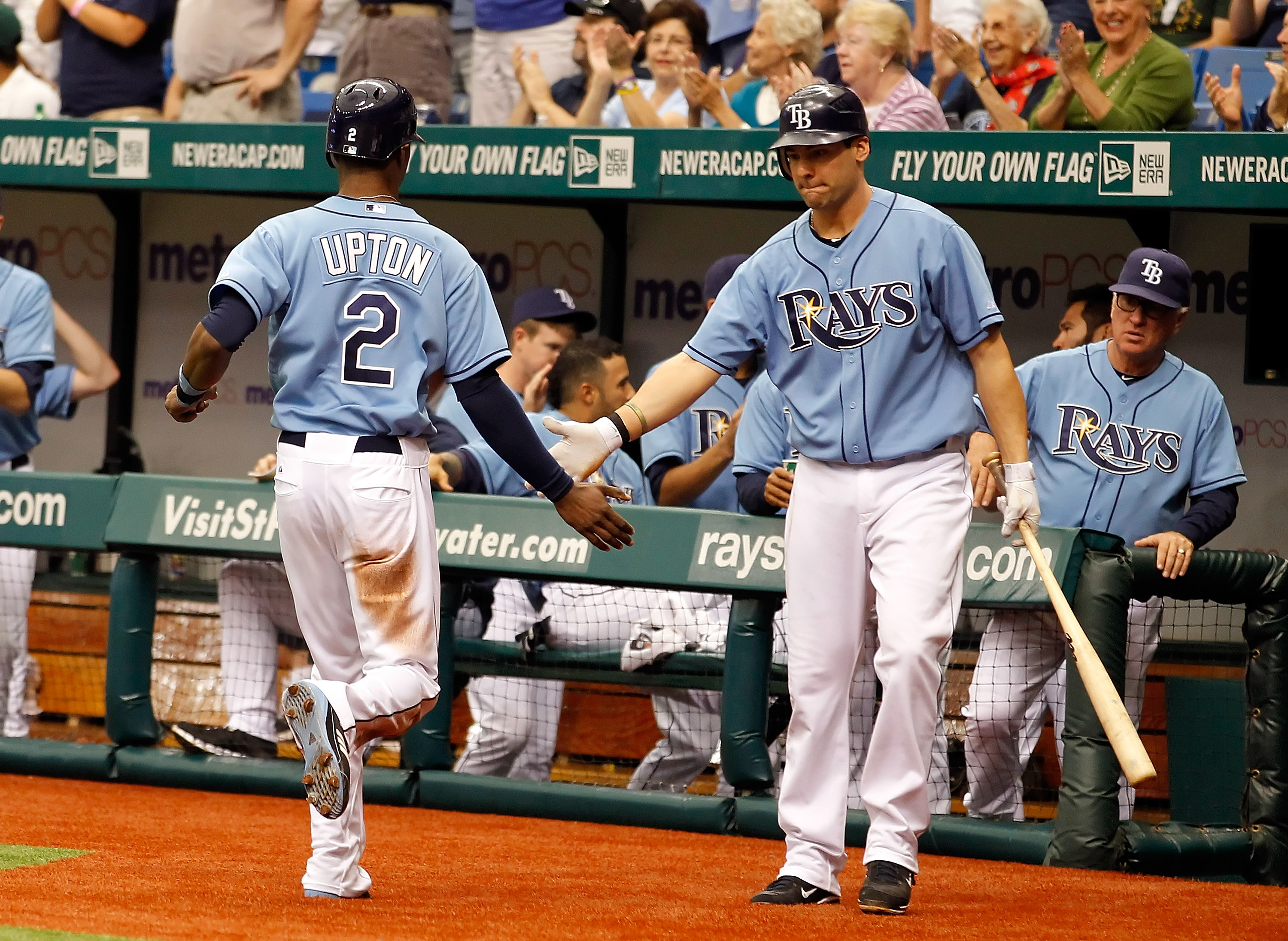 The Good: Another season, another offensively explosive team. Despite the loss of Carl Crawford in the offseason to divisional rival Boston Red Sox, the Rays have managed to stay near the top of the AL with a team average of .244 and in the top 10 in the league in stolen bases with 45. In addition to their stellar offense, the Rays have kept a solid pitching staff the past few seasons. With a team combined 3.52 ERA, and three different five-game winners in James Shields, David Price and Jeremy Hellickson, the Rays seem ready to make a run.

The Bad: Though there aren't that many bad things about the 2011 Rays, one area they could improve upon is that of their relief pitching with the exception of closer Kyle Farnsworth. Though they haven't needed their relievers to earn their paychecks very often this season, that time will come in the final stretch of the season, and they might want to add a couple guys before the trade deadline.

For a fourth the consecutive season the Rays seem destined to be in the battle between the two division superpowers of the Boston Red Sox and New York Yankees for the elusive American League East division championship and a berth in the playoffs. 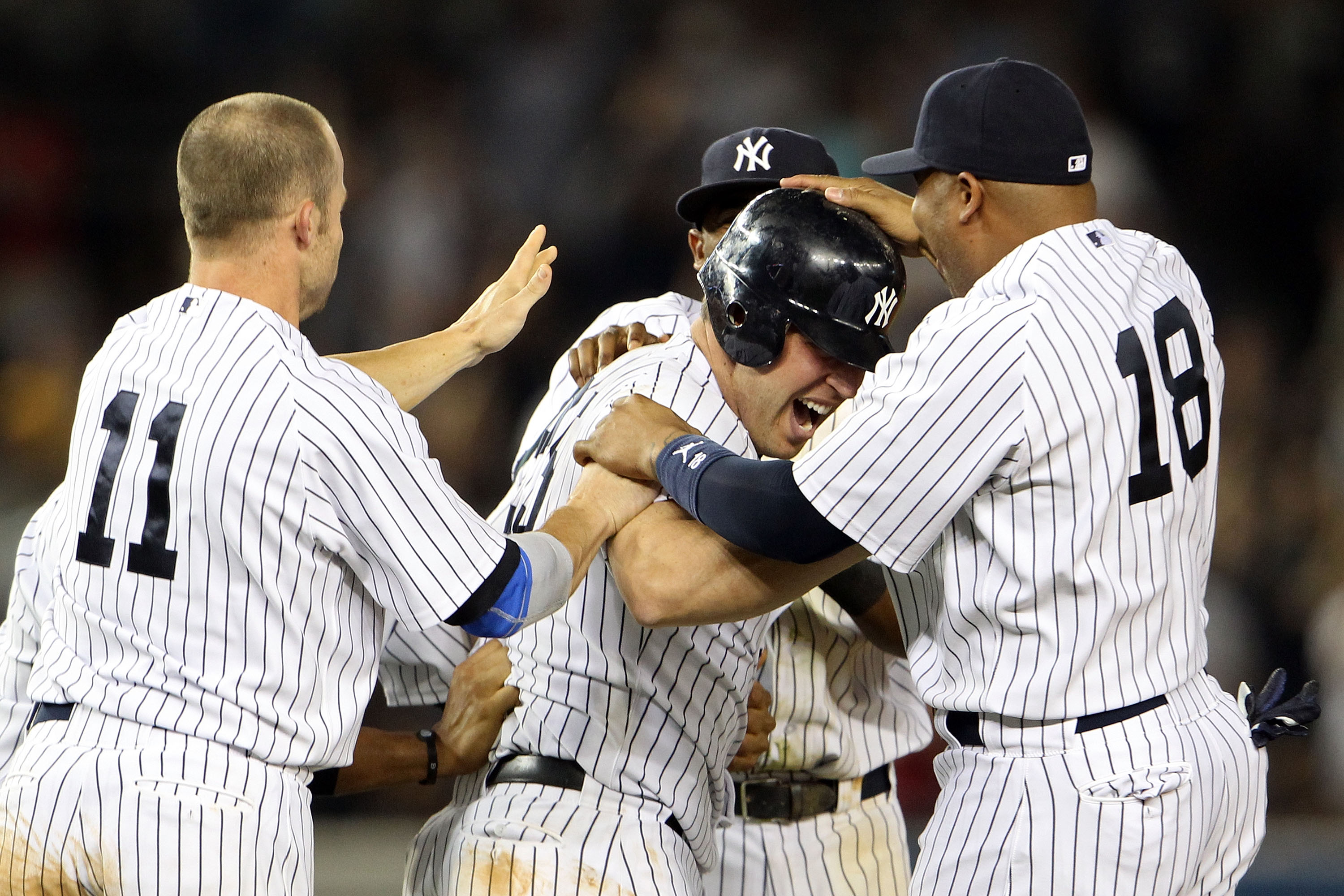 The Good: As usual, the Bronx Bombers are a stacked team in 2011. They currently lead the majors in home runs with 75 and are first in the AL with 250 runs. Curtis Granderson is having a stellar year with a .280 average and 16 home runs, clutch. Mark Teixeira is having another good year belting out 13 homers and 32 RBI to date.

On the defensive side of the ball, Derek Jeter is still a solid mainstay at short and for the most part doesn't seem to be slowing down any time soon. A pleasant surprise for the Yankees this year is that of Bartolo Colon. Although he is just 2-3 in 10 starts thus far, Bartolo has come in and done his job and is second on the team with 56 strikeouts. That is just a few strikeouts short of All-Star Yankee No. 1 ace CC Sabathia.

The Bad: In his first two seasons, AJ Burnett was extremely inconsistent. In 2010, he posted a dismal record of 10-15 in 33 games started. If the Yankees want to battle for first place, Burnett needs to find his game and quick. Though Burnett is 5-3 so far this season, he has a ERA of just over 4.00 and is getting into the part of the schedule where he tends to struggle. The Yankees lack of depth and consistency at the starting pitcher position needs to be figured out, and quick.

It is no secret that the Yankees are bound to be one of the top two teams in the AL East come September, but there will need to be some improvements made to the lineup before that time comes. As the dynasty always does, they will figure out a way to make the numbers work with some star come trade deadline time and make a big splash prior to the postseason run. 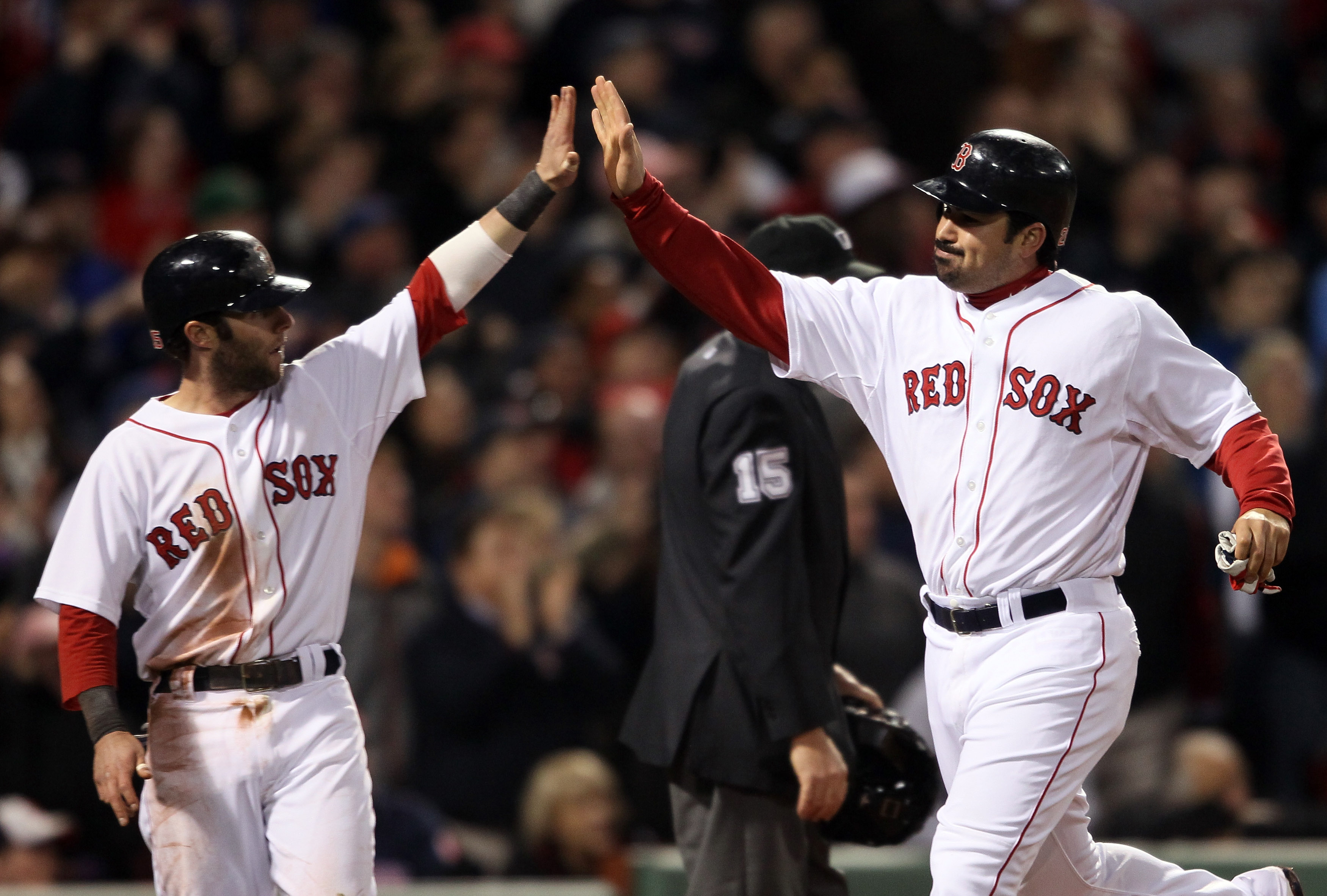 The Good: After an absolutely horrendous start to the 2011 MLB season, it appears as though the Red Sox have finally found their bats. Led by Adrian Gonzalez, David Ortiz, Jacoby Ellsbury and Jed Lowrie, the Red Sox have been crushing opponents of late. Their most recent shellacking was a 14-2 victory over the AL Central leading Cleveland Indians not even a week ago.

Before their bats came alive, their pitching was the only thing keeping them in the race. Jon Lester is an MLB best 7-1, with Josh Beckett sporting a 4-1 record and Clay Buchholz rounding out the top three with a 3.30 ERA to start the year. For the most part, even the BoSox relief pitchers have been keeping it under control. This team has sure got on a roll at a good time in the season.

The Bad: Like the Yankees, and Rays previous, the Red Sox don't have too much bad going on in their game. If it were April, this section would be full. The Red Sox could expect a better effort from Daisuke Matsuzaka and Jon Lackey, but surely they will find their game eventually. Another thing they could "improve" is their consistency. As long as they are consistent in all aspects of their game they should be able to get a bit more breathing room from the second place Yankees or Rays.

The Boston Red Sox were picked among many analysts/professionals as the favorites for a World Series coming out of the AL at the beginning of the year and they are finally proving why. They made everyone look silly after their terrible start in April. If they keep the run up that they've been having in the month of May expect to see them in October. 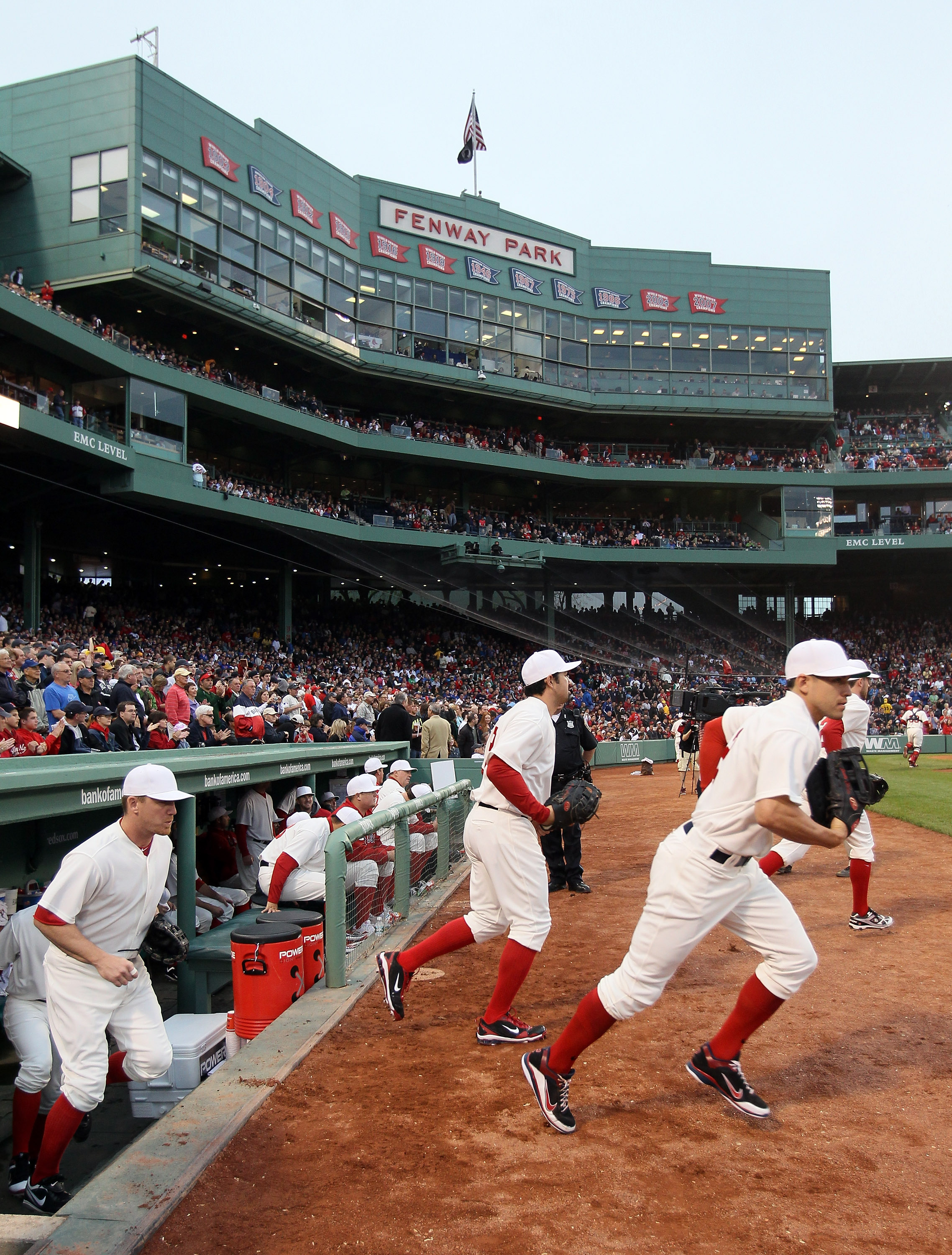 It has been an interesting start to the 2011 MLB season in the American League East Division to say the very least. I don't think anyone thought that both the Toronto Blue Jays and Baltimore Orioles would be at striking distance of the top three by the end of May. That being said, there is still a lot of the season left to play, and plenty can change.

As of right now, I'm going to go with the Red Sox and Rays battling it out in August and September for top spot. The Yankees need to figure out their pitching before I see them breaking the bubble.