Indy 500: Who Is Pippa Mann, and Why Should We Care About Her? 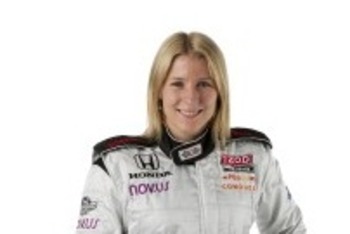 Pippa Mann began racing karts at age 13 in Britain and throughout Europe. Recently she competed in the Firestone Indy Lights Series, and she recently qualified for her first Indianapolis 500.

So who is Pippa Mann? A blonde Brit who loves shopping or a championship-caliber race car driver? Well, she’s actually a little of both. 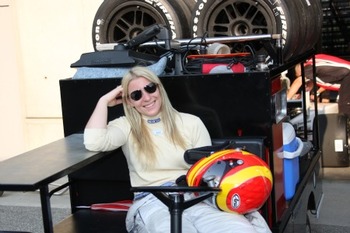 Mann was born August 11th, 1983 in London, England and competed in karting as a teen. In 2001 she moved to Italy to concentrate on karting full-time, and by 2003 she was competing in Italian, European and World Karting Championship races. She is the only British female to win an international Karting race.

She competed in the UK Formula Renault Championship in 2004 and moved to the Formula Renault Eurocup in 2005 and 2006. 2007 and 2008 found her in the World Series by Renault. In 2009 she came to the States to race in the Firestone Indy Lights Series for Panther Racing. 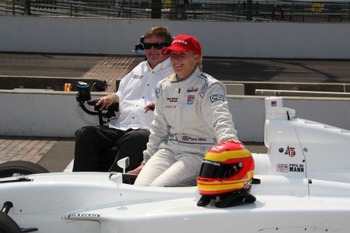 Her first season in Indy Lights was impressive, with three top 10s, but not impressive enough to keep the team together—Panther Racing’s Indy Lights team folded at the end of the season.

She remained in Indianapolis and signed with Sam Schmidt Motorsports for the 2010 Indy Lights season. There was no sophomore slump – she finished fifth in points, won her first race at Kentucky Speedway and took three poles (including becoming the first woman to sit on pole at Indianapolis Motor Speedway).

On April 19th, 2011, Mann was announced as the second driver for Conquest Racing for the Indy 500. 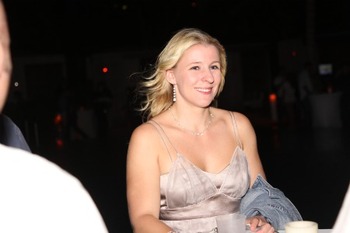 Off the track, Mann’s hobbies include shopping; she’s a fan of DSW Shoe Warehouse in the States and Karen Millen in the UK.

Why Should We Care? 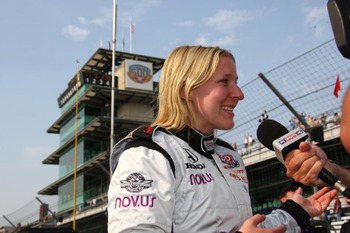 Pippa Mann at Indy, May 2011/IndyCarMedia.com

Why should we care? Mann will likely be the next woman to jump into the IZOD IndyCar Series full-time, and she’s pretty good at qualifying on ovals (in 2009 Indy Lights competition, she qualified in the top 10 on all the series’ ovals).

Her one win came for a very competitive team, and if she can score a competitive ride in IndyCar, she might be able to put up similar results.