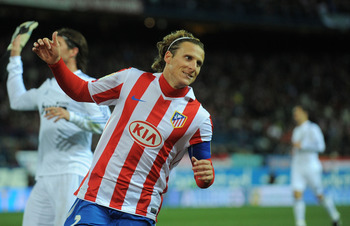 Arsenal’s failings during the 2011 Premier League campaign are well documented.

Brilliant creativity on the attack: Absolutely. Strong iron core: Er ... not so much.

Simply put, Arsene Wenger’s youth movement cranks out talented offensive players like MIT cranks out scientists. Centre backs are another matter. Not that Arsenal’s youth program has never returned any talented central defenders, it’s just that there doesn’t seem to be any good prospects at the moment.

The Gunners need to get a harder edge to their game. The way to do that is by sprinkling a few experienced veterans amongst the youthful ranks—not only on the back line, but in the middle and up front as well.

This is absolutely imperative if the Gunners are to turn into title winners next season.

Wenger will bring in his usual cortege of swift-footed juveniles during the summer no doubt, but with a reported $50 million available for players, the professor has indicated that he would like to bring in some experience—preferably of the Premier League variety.

Sure, that’s the goal and a noble endeavor it is, at that. The problem is that players with Premier League experience—or any experience, for that matter—of the caliber that is required to don an Arsenal kit are not readily available at reasonable rates, and when they are, quickly become highly in-demand commodities.

But never fear fellow Gunners fans, there is light at the end of the tunnel. In the truest spirit of modern professional sports, one set of supporters’ miseries is another’s silver lining, and such may be the case this summer.

With club’s like West Ham facing relegation—and seemingly putting all the resistance of the archetypal milquetoast—players like Scott Parker and Matthew Upson will be memories at Upton Park faster than you can say, “mass exodus.” Chelsea are rumored to be eyeing a fire sale at the conclusion of the current term, and the scuttlebutt says that nobody is exempt from being shown the door. John Terry anyone?

Not to mention, a club like Arsenal could conceivably pry almost any player from any non-big four/five club with the proper amount of money. Also, plenty of players are out there without EPL minutes under their belt, but lots of international experience as well as with clubs in the top-flight leagues of other nations.

So which greying horses should Arsenal hitch its wagon to for the upcoming season? What veteran players should Arsene Wenger take a long hard look at during the summer transfer window?

Here are five that I feel merit watching and could potentially turn the Gunners into title winners in 2012. 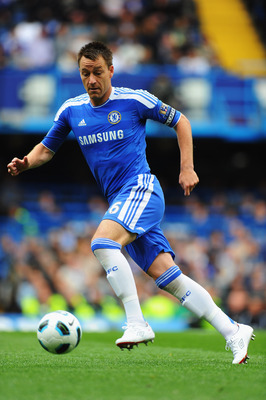 As utterly unthinkable as this sounds, Chelsea are widely thought to be on the verge of jettisoning a boatload of players this summer, and possibly manager Carlo Ancelotti as well. As the London Evening Standard reported back in April, it is thought that no one is immune from the fall of the axe. Drogba, Nicolas Anelka and Florent Malouda have been long linked to moves away from Stamford Bridge, but Frank Lampard, John Terry and Ashley Cole could also be shown the door.

Terry is the first player that comes to mind when one thinks of Chelsea, and I must admit, I find it hard to believe that the club would let him go. He is much beloved by Chelsea fans and they would almost certainly revolt en masse if he were dealt at all, and someone would have to die if he were sold to Arsenal.

Nonetheless, if the rumors are true and Terry were let go, the split would almost certainly have to be acrimonious as he has stated in the past his desire to remain at Stamford Bridge. That being said, if the England international were to be informed that he was surplus to requirements all of a sudden, he may relish the chance to stick it to his former employers and move across town to the Emirates

The 32-year-old Upson certainly won’t be sticking around to see how things pan out for the Hammers down in the Championship and will likely be in the vanguard of the long train of players who will be looking to bail on Avram Grant’s sinking ship.

A Gunner earlier in his career, from 1997-03, Upson was firmly stuck behind Arsenal’s established center backs from day one and made only a handful of appearances. Since then, he’s become a very good defender and played for the Three Lions at the 2010 World Cup in South Africa.

Upson’s contract expires in June, so West Ham’s captain will be able to move to a new club for free under the Bosman rule. While he certainly has his detractors, he’s a strong and experienced defender and perfect cover for Vermaelen and Djourou, or whichever pairing holds down the defense next season at the Emirates. 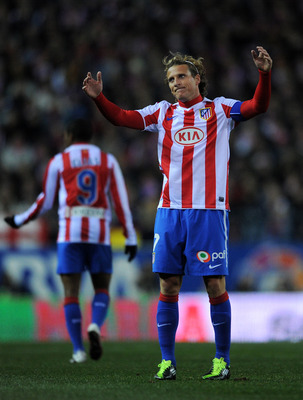 With Andrey Arshavin and Niklas Bendtner possibly on the way out, Arsene Wenger would do well to bolster the attacking corps—not to mention, rumors abound regarding the future of Robin van Persie at the Emirates.

Should the dynamic Dutchman depart, whatever combination of Arsenal’s remaining forwards you prefer would simply not be good enough to win a title next year. Even without losing RvP, the ranks up front look a little bit thin when one factors in the perhaps imminent departures of Bendtner and the Russian.

Wenger could do much, much worse than securing Uruguay’s 2010 World Cup Golden Boot winner to lead the way up front. Forlan has been looking to leave Atletico Madrid for a while now and is being pursued by Tottenham and Harry Redknapp.

Originally valued at $20 million by Atletico, it is thought that Forlan may be available for half that now. While I’ll concede that a 31-year-old striker whose game is very much driven by pace isn’t exactly the type of signing that would inspire rapturous joy among Gunners fans, Forlan would add experience and a lethal touch to the Arsenal attack. 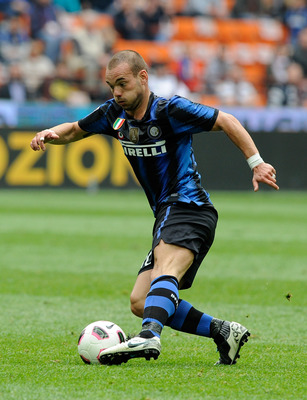 As long as were on the subject of World Cup heroes, why not Sneijder as well?

Sure, I know he seems destined for Manchester United, but stranger things have happened. If Cesc Fabregas were to finally complete his long-anticipated move to Barcelona this summer, Arsenal’s need for a dominating midfielder would increase exponentially and there are few better, or more experienced, than Inter’s midfield general.

He would cost a pretty penny, however, and a bidding war with Manchester United may be unwinnable unless Stan Kroenke makes it a priority to secure Sneijder’s signature this offseason. Even then, it is likely the Dutchman would favor a move to Old Trafford over one to the Emirates.

But hey, no harm in a little wishful thinking. 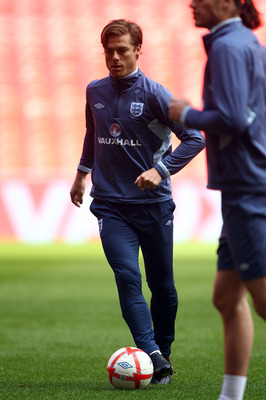 Arsene Wenger is already thought to be considering a move for the West Ham midfielder and it is rumored that a fee of around $5 million would be sufficient to land the services of the 30-year-old.

With Denilson and Tomas Rosicky likely to depart, Wenger will be looking to bolster the midfield whether Cesc Fabregas ends up in Spain or not and Parker presents an affordable option and brings tons of Premier League experience to the table with him.

Known as a hard tackling central midfielder with an eye for the attack, Parker would add a little spine to Arsenal’s center—not a bad thing, nor an unnecessary one.

Parker has been with West Ham since 2007 and made 107 appearances for the Hammers.

Parker is a graduate of the England FA’s now-defunct School of Excellence at Lilleshall, joining such alumni as Jermain Dafoe, Michael Owen, Joe Cole, Sol Campbell and Jamie Carragher.