Donovan McNabb: A History of One of the Most Criticized Players in NFL History 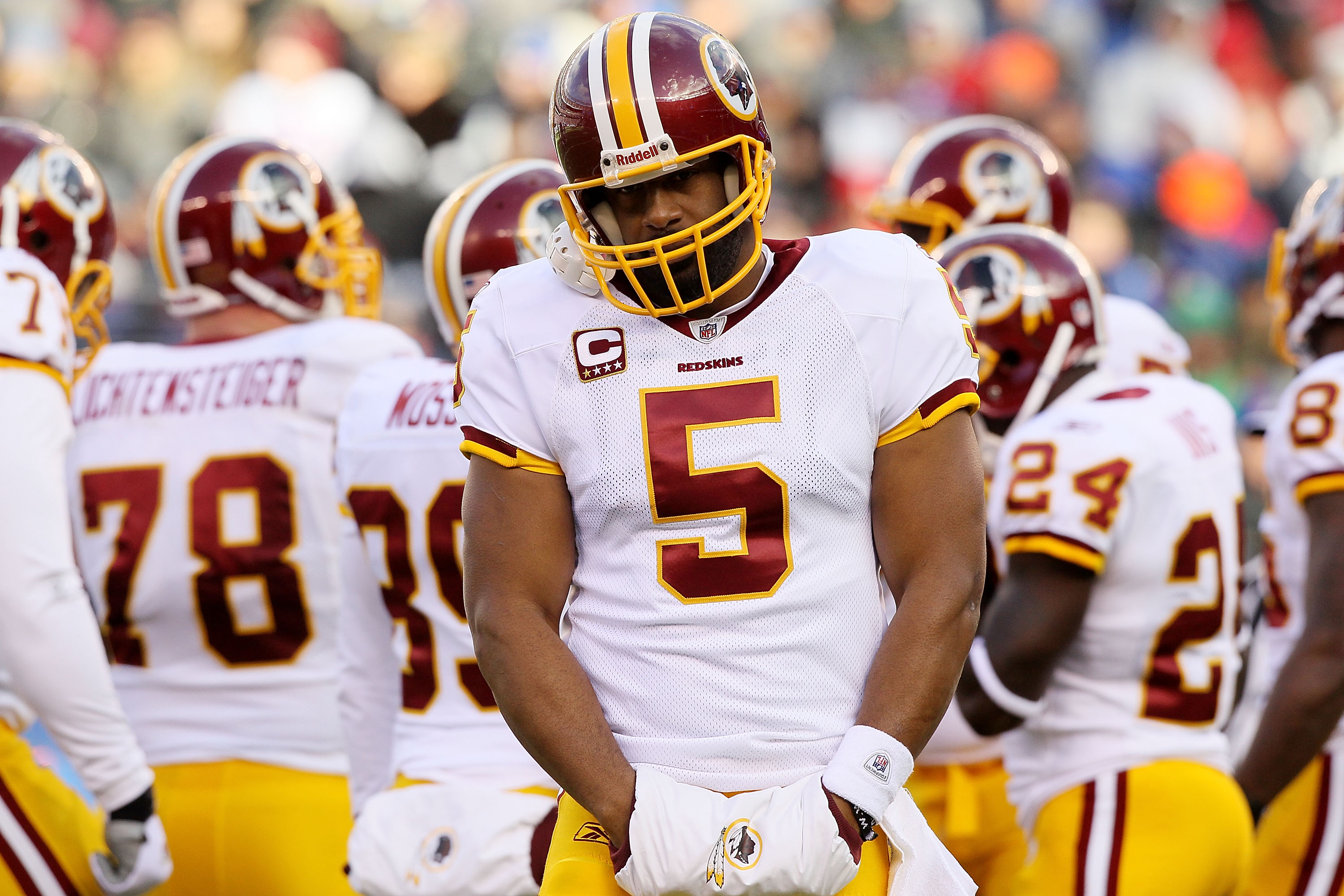 Donovan McNabb, depending on who you ask, can be seen as one of the best players in the NFL over the last ten years, or as one of the most overrated players of the last decade.

Donovan McNabb has been as polarizing a figure as any in NFL history.

And it's not because of off-the-field issues—McNabb has never been arrested nor have there been rumors of something as small as character issues.

McNabb's squeaky clean record has done nothing to protect him from the likes of commentators, teammates and even the NAACP.

Let's revisit the history of Donovan McNabb, and the people who have called him out.

Welcome to the NFL 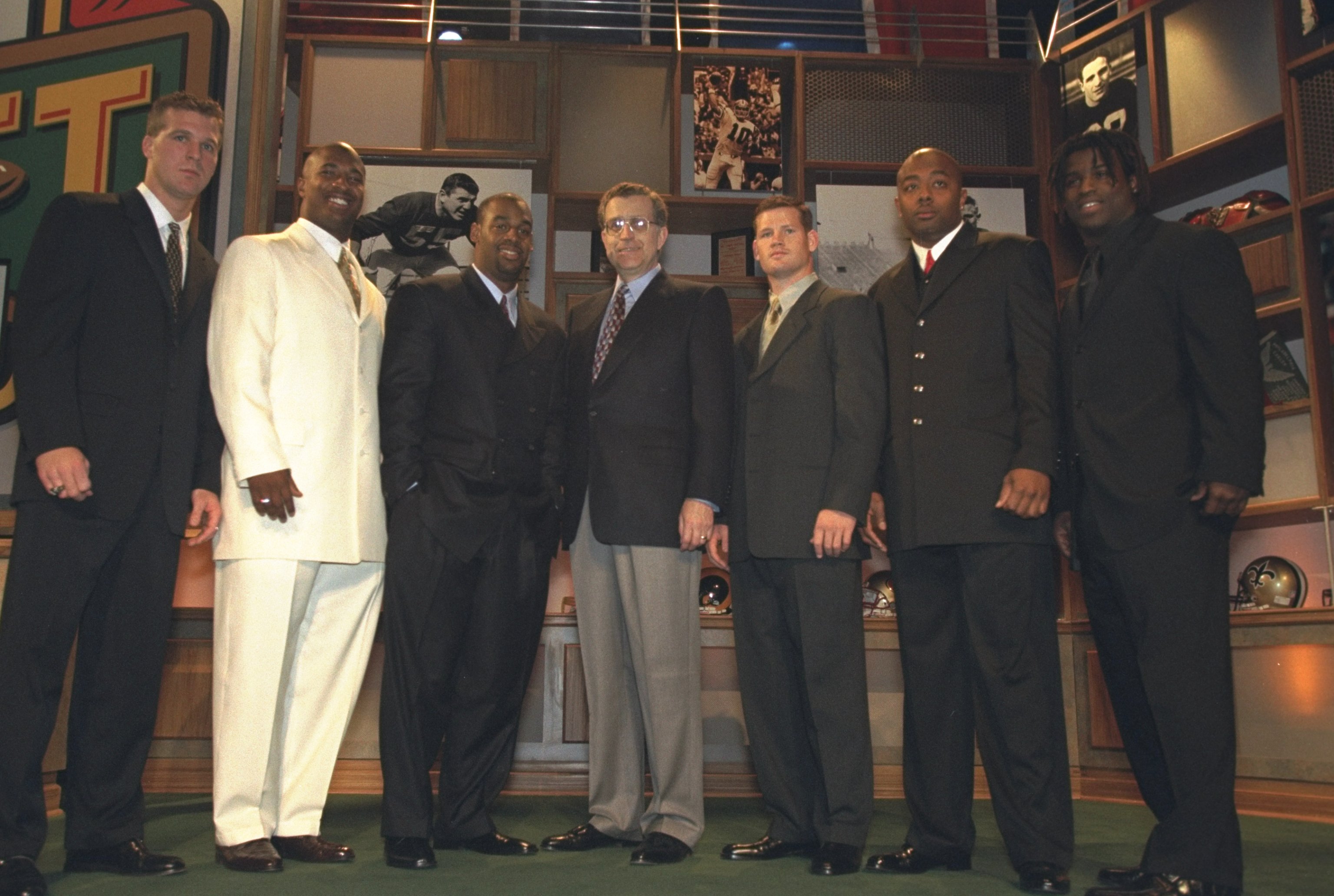 When the Philadelphia Eagles made McNabb the No. 5 overall pick in the 1999 NFL draft, Eagles fans in attendance booed immediately, hoping instead to land Texas running back Ricky Williams.

To appease Eagles fans McNabb had to do well early on, and he did, leading Philadelphia to three straight NFC Championship games.

That didn't quiet the haters, though.

A Star Is Born 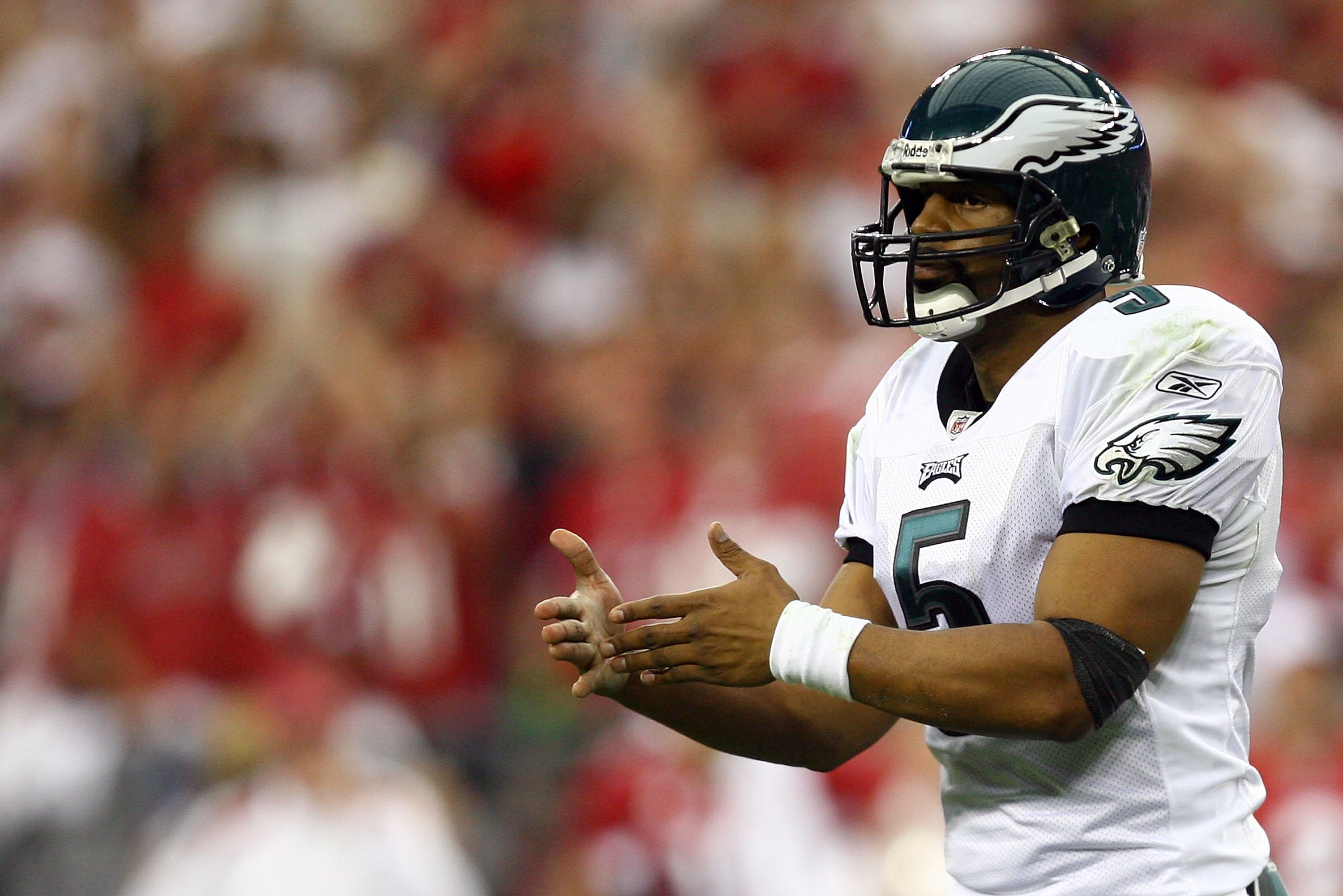 McNabb's first full season as a starter, the 2000 league season, saw him finish second in Associated Press MVP voting and selected as a Pro Bowl alternate at quarterback.

After the 2000 season McNabb was named 2000 NFL Player of the Year by CBS Radio and the Terry (Bradshaw) Awards on Fox Sports and was named to the All-Madden team.

The 2001 season was similarly successful, with McNabb again being voted to the Pro Bowl. During the offseason, McNabb signed a new contract with the Eagles worth $115 million over 12 years, with a $20.5 million signing bonus.

The 2002 season was rockier, with McNabb missing time due to a broken ankle. McNabb recovered in time to lead the Eagles to the first of three straight NFC Championship games. 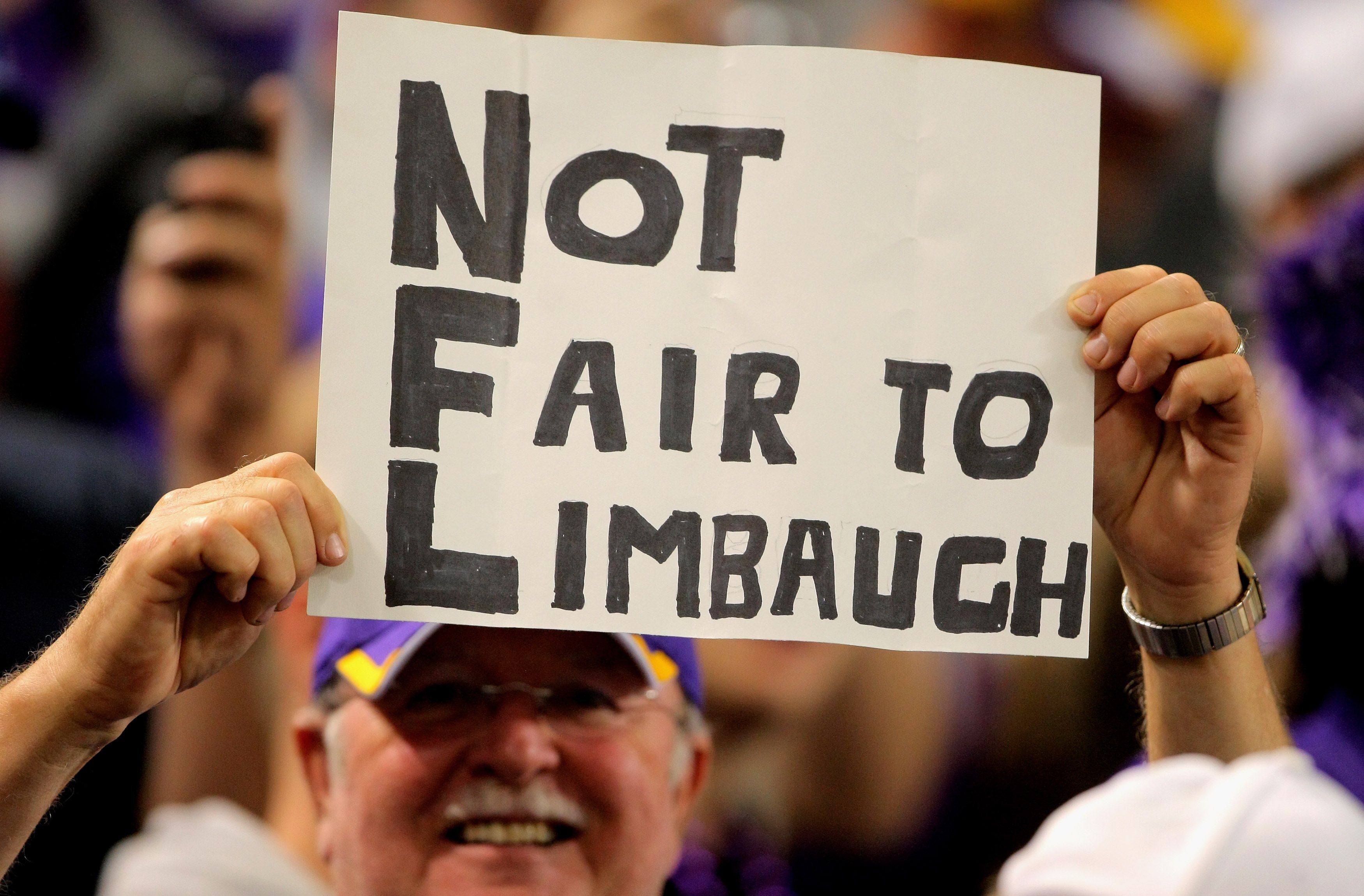 "I think what we’ve had here is a little social concern in the NFL. The media has been very desirous that a black quarterback do well"

ESPN knew when they hired conservative political commentator Rush Limbaugh to work their pregame show that they would get polarizing comments, and in turn viewers.

What they didn't expect was what turned out to be a racist statement that led to Limbaugh's resignation.

Was the statement fair? Absolutely not. Was Limbaugh's resignation warranted? You betcha.

The NAACP Piles on 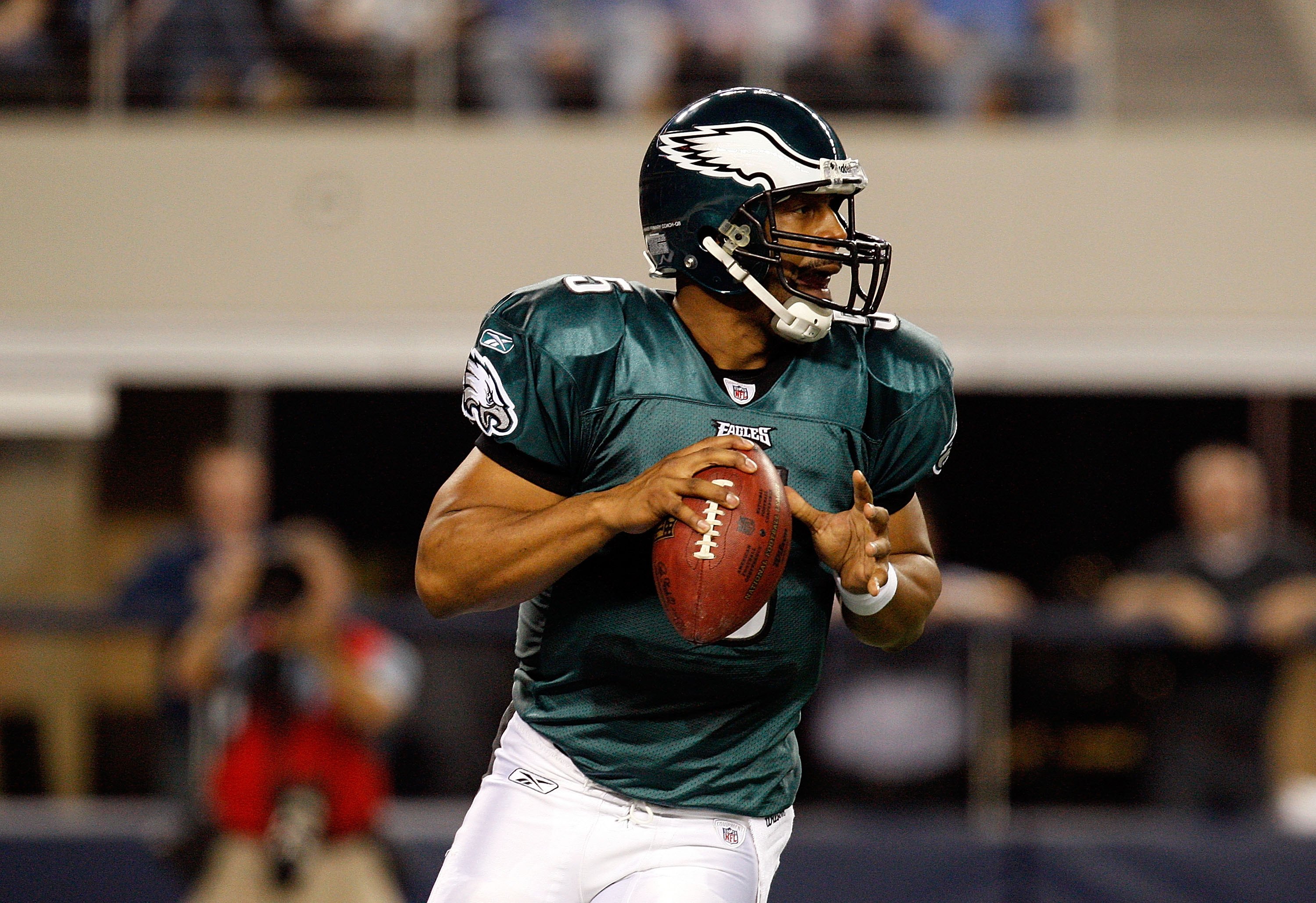 J. Whyatt Mondesire, who publishes a newspaper for African-Americans and is the president of the Philadelphia branch of the National Association for the Advancement of Colored People, is not a fan of Donovan McNabb.

ESPN heavily reported from a Mondesire article in 2005 that criticized McNabb's style of play.

Mondesire has, on record, said of McNabb, "He doesn't get it."

Mondesire wrote that the bottom line is that McNabb is "not that good."

"In essence Donny, you are mediocre at best," Mondesire wrote. "And trying to disguise that fact behind some concocted reasoning that African American quarterbacks who can scramble and who can run the ball are somehow lesser field generals ... is more insulting off the field than on." 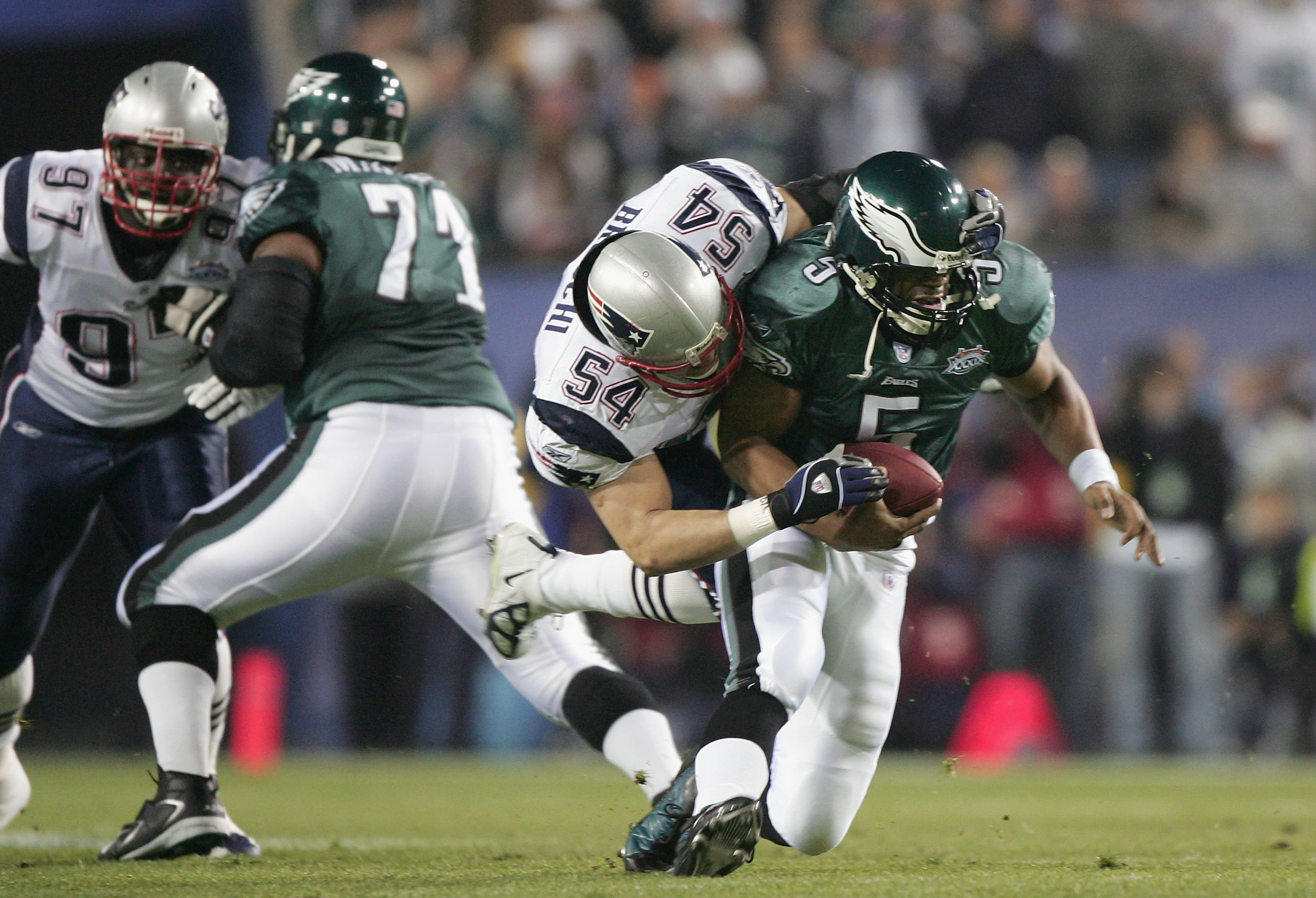 After the 2004 season McNabb led the Eagles to Super Bowl XXXIX, where the Eagles faded late behind McNabb's three interceptions, allowing the New England Patriots to win after a surprisingly slow Eagles offense in the final two minutes of the game.

After the game, Eagles center Hank Fraley and wide receiver Freddie Mitchell both claimed McNabb was "seriously ill" and that Mitchell had to call plays in the huddle because McNabb was too winded to do so.

Both McNabb and head coach Andy Reid have both called the story that McNabb vomited late in the game a "myth."

This would only be the beginning of teammates "calling out" McNabb. 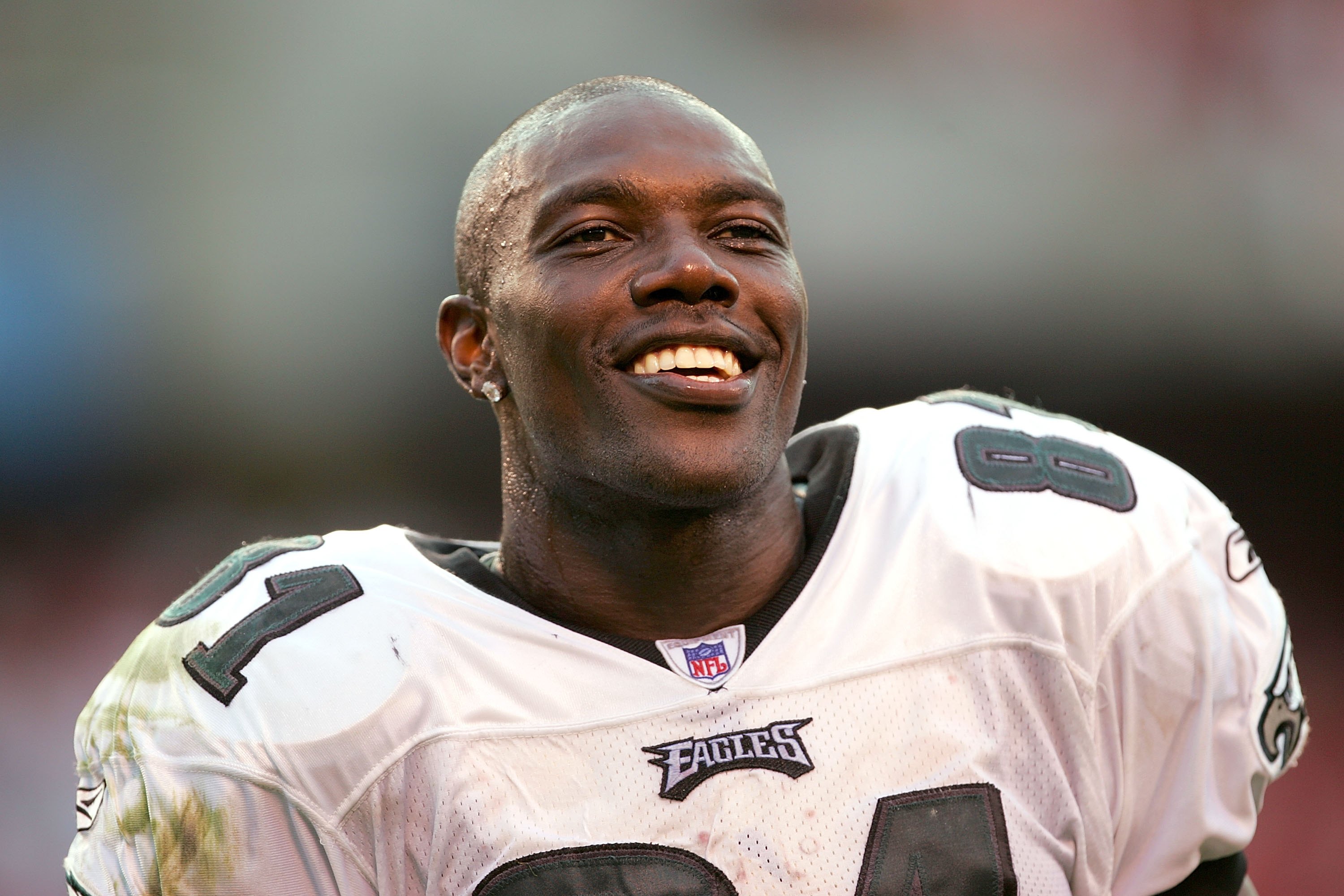 It began with Owens stalking McNabb on the sidelines, upset that McNabb wasn't giving him the ball enough.

After a miscommunication during a November 2004 game against the New York Giants over whether or not Owens was open, the two stopped speaking altogether.

Well, at least to each other.

Owens took to the media to in the spring of 2005, refusing to go to camp until the Eagles re-did his contract. During this time Owens became famous for doing sit-ups in his driveway and criticizing the Eagles star quarterback.

Owens also told ESPN.com's Len Pasquarelli, "I wasn't the guy who got tired in the Super Bowl."

Before Super Bowl 50 McNabb was quoted as saying in an interview with ESPN's Michael Smith that what Owens did to him amounted to "black-on-black" crime. 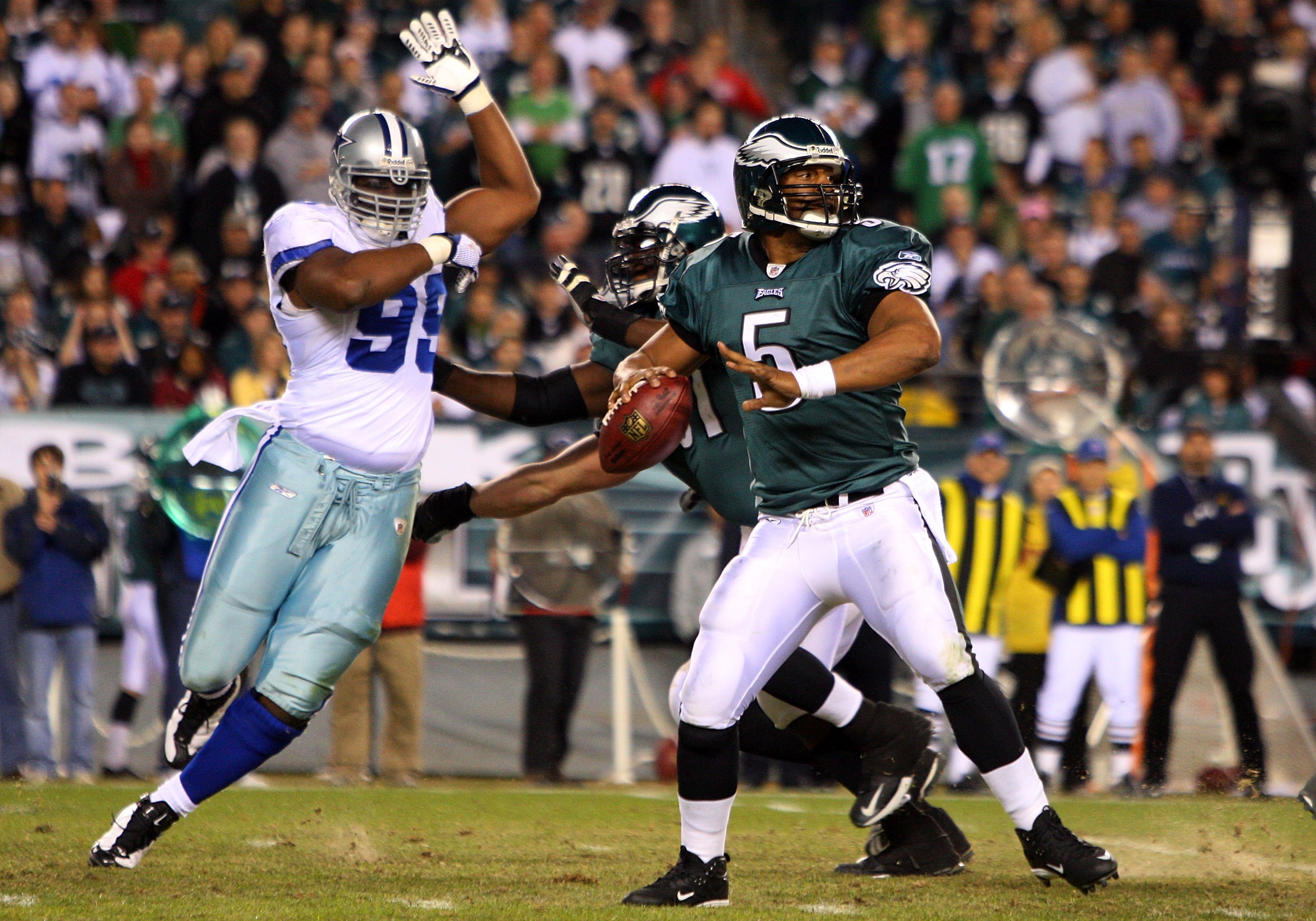 Without Terrell Owens on the roster the 2008 and 2009 seasons were a flashback to times of earlier success for McNabb and Philadelphia.

In 2008 McNabb led Philadelphia to the playoffs for the seventh time in his nine seasons as a starter. He also set a career-high with 3,916 yards passing.

It was during this 2008 season that McNabb famously said he "didn't know NFL games could end in a tie" after the Eagles failed to beat the Cincinnati Bengals in overtime.

McNabb and the Eagles were defeated once again in the NFC Championship game, this time by the Arizona Cardinals.

After the loss to the Cardinals, McNabb was quoted as saying,

"We were up, 25-24. [The Cardinals] drove down 72 yards by running the ball - probably, what, eight times? And it reminded me so much of [the NFC championship game in] St. Louis where, coming back in that second half, they ran the ball nine times with Marshall Faulk to keep our offense off the field. Because they were terrified of us going back out and scoring more points."

That was enough to thoroughly upset linebacker Jeremiah Trotter:

[McNabb] hasn't done anything in big games. When you look at championship games, the Super Bowl - he hasn't produced in big games. [snip] He had plenty of time to go down the field and score and tie that thing up but he didn't get it done.

We Showed Our Youth 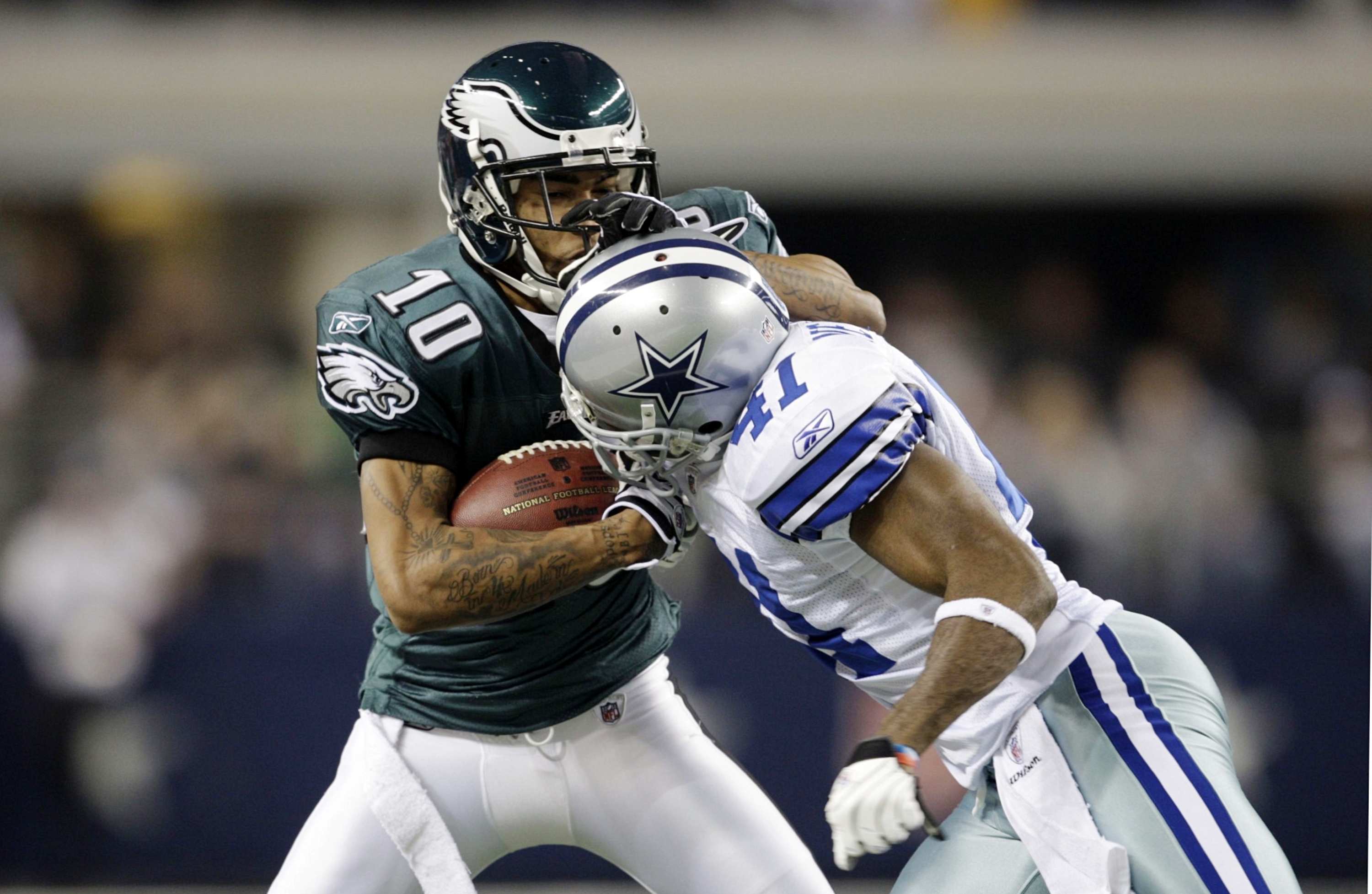 After another bad loss in the wild-card round of the playoffs to end the season McNabb was quoted as saying, "We showed our youth". This upset many on the roster, chiefly wide receiver DeSean Jackson.

"If you played that through the locker room, that's not something nobody wants to hear."

While some wondered if Kevin Kolb or Michael Vick may take over for McNabb in 2010, the starting quarterback remained confident.

Do you think this game could impact whether you're here in the long term? "No matter what happens, I will be here for a bunch of years," McNabb said. "Does that clean it up? Do I have to answer this question every year?" 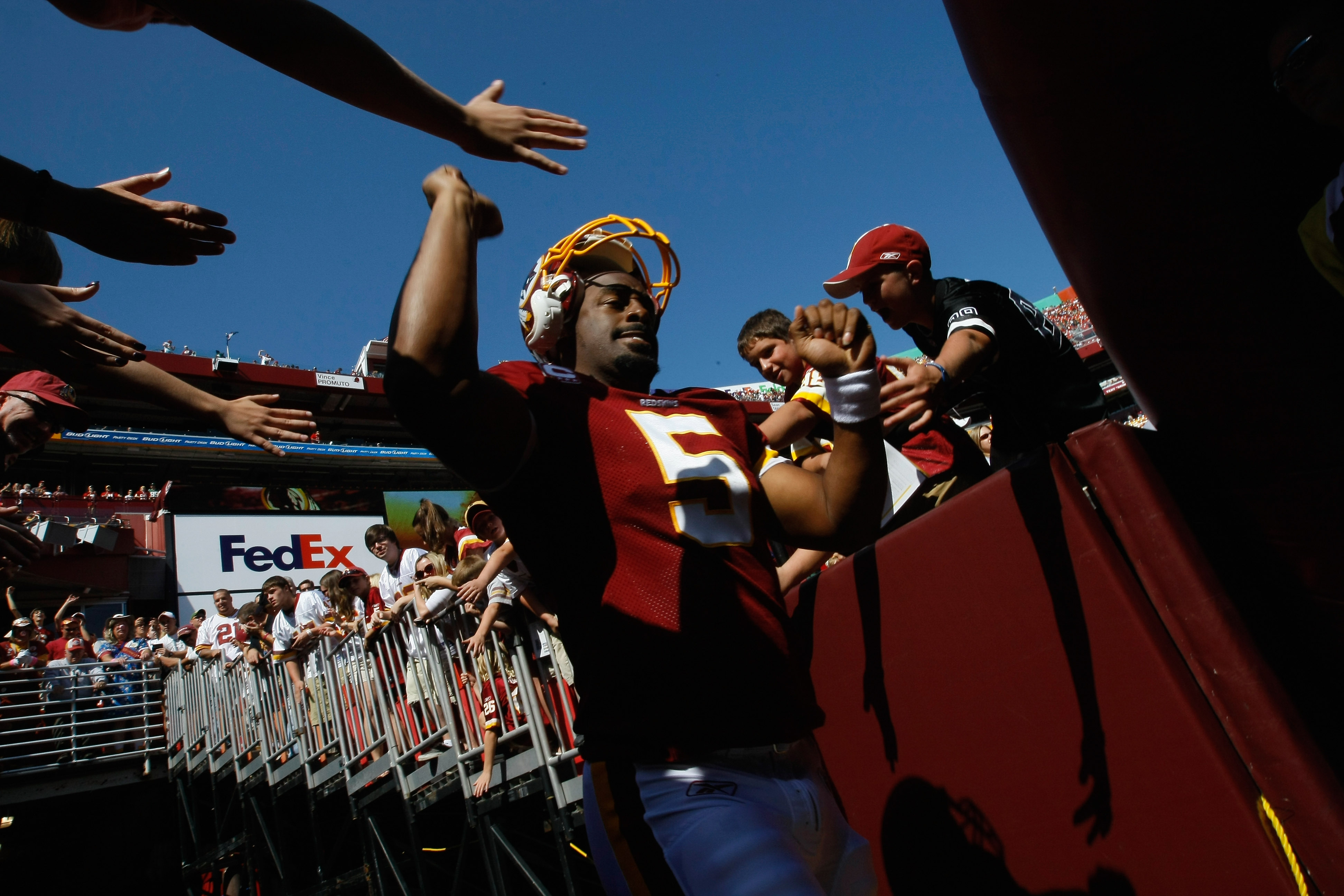 Despite assurances from Andy Reid that McNabb would be an Eagle in 2010 he was traded weeks later to the division rival Washington Redskins.

McNabb struggled from the get-go in Washington, eventually being benched by head coach Mike Shanahan.

"I was a teammate of Donovan McNabb's in Philadelphia," Hasselbeck said on Mike and Mike in the Morning. "One of the things that drove them crazy in Philadelphia was the lack of tempo at which he practiced. . . . It was always something where you're leaving the quarterback meeting and it would be, 'Hey, listen, the head man wants a little more tempo today.' Nearly every single day. That's been the deal with Donovan McNabb. I know exactly what Mike Shanahan is talking about." 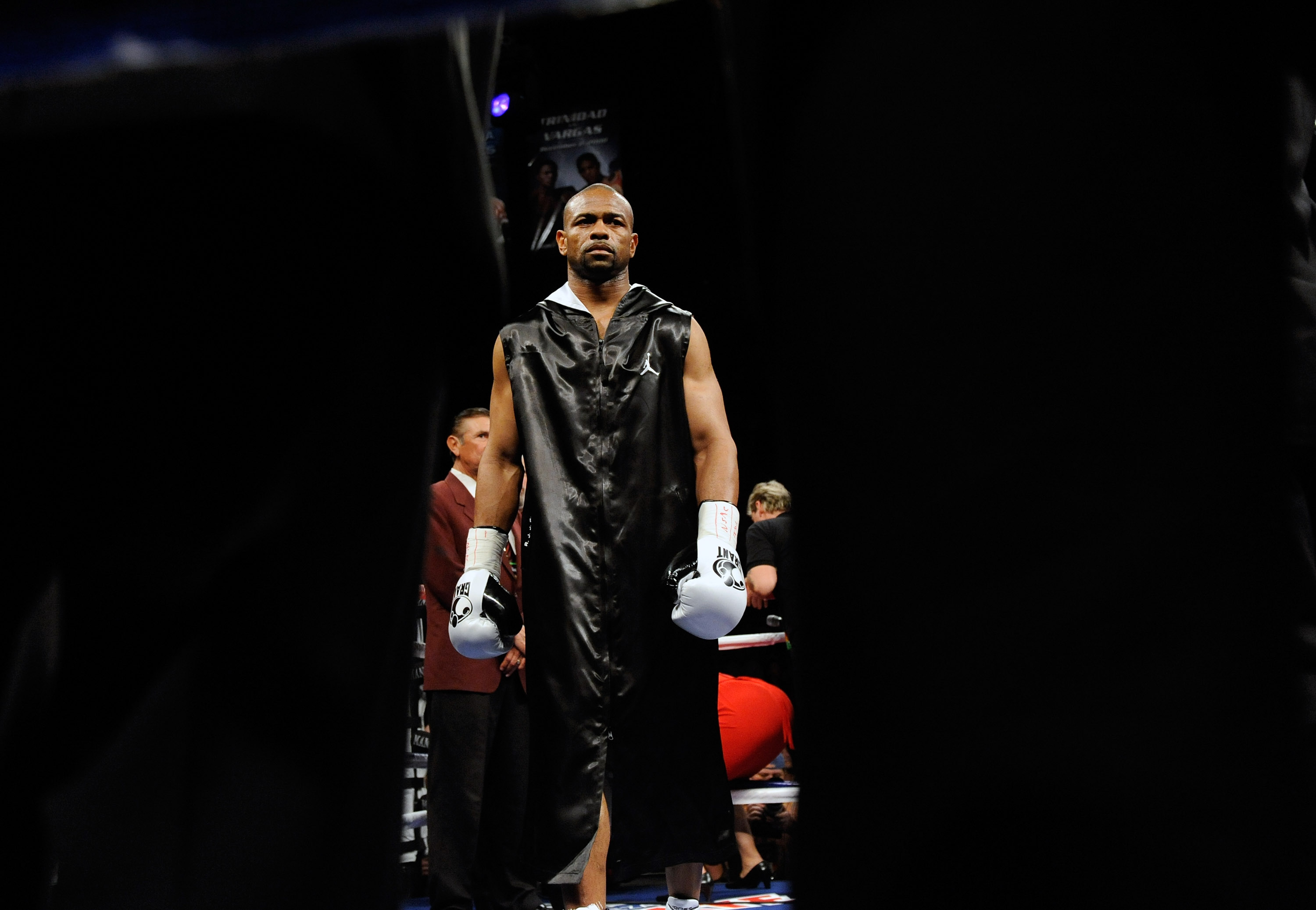 "Forget this," said Hopkins, who is black, while pointing to his skin (via Philly.com). "He's got a suntan. That's all."

Hopkins went on to say, via Philly.com,

"McNabb? Great. Skills? Throw the ball? Great. But there was something missing," Hopkins said. "Vick? He understands. And T.O. - same cloth."

Hopkins also said that McNabb, who discussed the issues black quarterbacks face in the NFL with HBO in 2007, was the "wrong messenger" for such a topic.