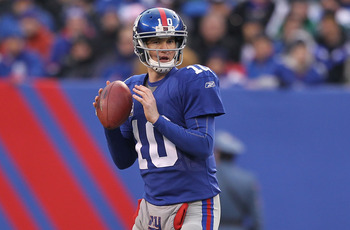 I got to thinking this weekend how possible it is for Eli Manning to eventually have his No. 10 retired after his career is over, seeing as how he is likely going to hold most major team records for the quarterback position.

It also made me think about how there are some names out there whose jerseys that I would like to see retired.

They embodied what it meant to be a New York Giant in that they showcased excellence both on the field and off.

I narrowed the number down to three players because the more you add to the list the more crowded the list gets and the less meaning it takes on.

So here are three players' numbers I believe the Giants should retire on the offensive side of the ball. 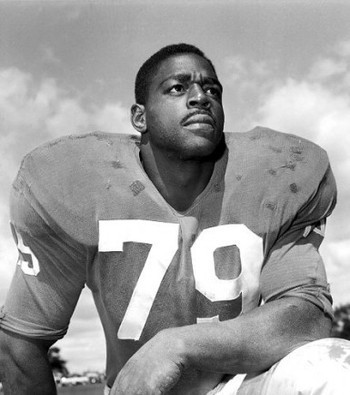 The Giants have three retired quarterback numbers and two of them, Charlie Connerly and Y.A. Tittle, ran the Giants offense with Rosey Brown blocking for them.

Brown is arguably the most decorated offensive lineman in the team's history and one of the first dominant African-American athletes in pro football.

Sporting News ranked Brown as one of their top 100 players of all time at No. 57; Brown made nine Pro Bowls and helped the Giants win the 1956 NFL Championship.

There is no question Brown should have his No. 79 jersey retired. 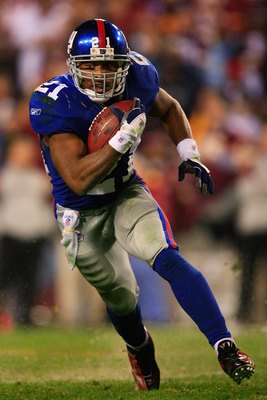 As much as you may dislike Tiki Barber after the comments he has made about people in the organization, there is no denying what Barber did on the football field.

He holds just about every major New York Giants rushing record and even is on par in the stat sheet with several Hall of Famers.

He is only one of three backs to rush for over 10,000 yards and have 5,000 receiving yards, joining Hall of Famers Marcus Allen and Marshall Faulk.

I imagine the Giants are not looking to honor Barber at the moment what with the things he's said while a member of the media, but some time down the road, he deserves to be honored. 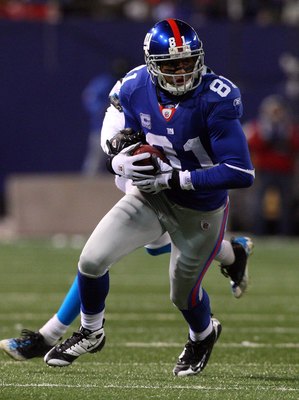 Not only is Amani Toomer a fan favorite who had one of the biggest plays of the 2007 playoff run with his 52-yard touchdown catch and run against the Dallas Cowboys, but he also holds every major receiving record with the Giants.

Something tells me the Giants leader in catches, receiving yards and receiving touchdowns should have a place in Giants history.

They haven't been well known for big-name receivers, but Toomer set the bar and should be duly rewarded.