Pedro Martinez: 5 Teams That Should Sign the Future Hall of Fame Righty 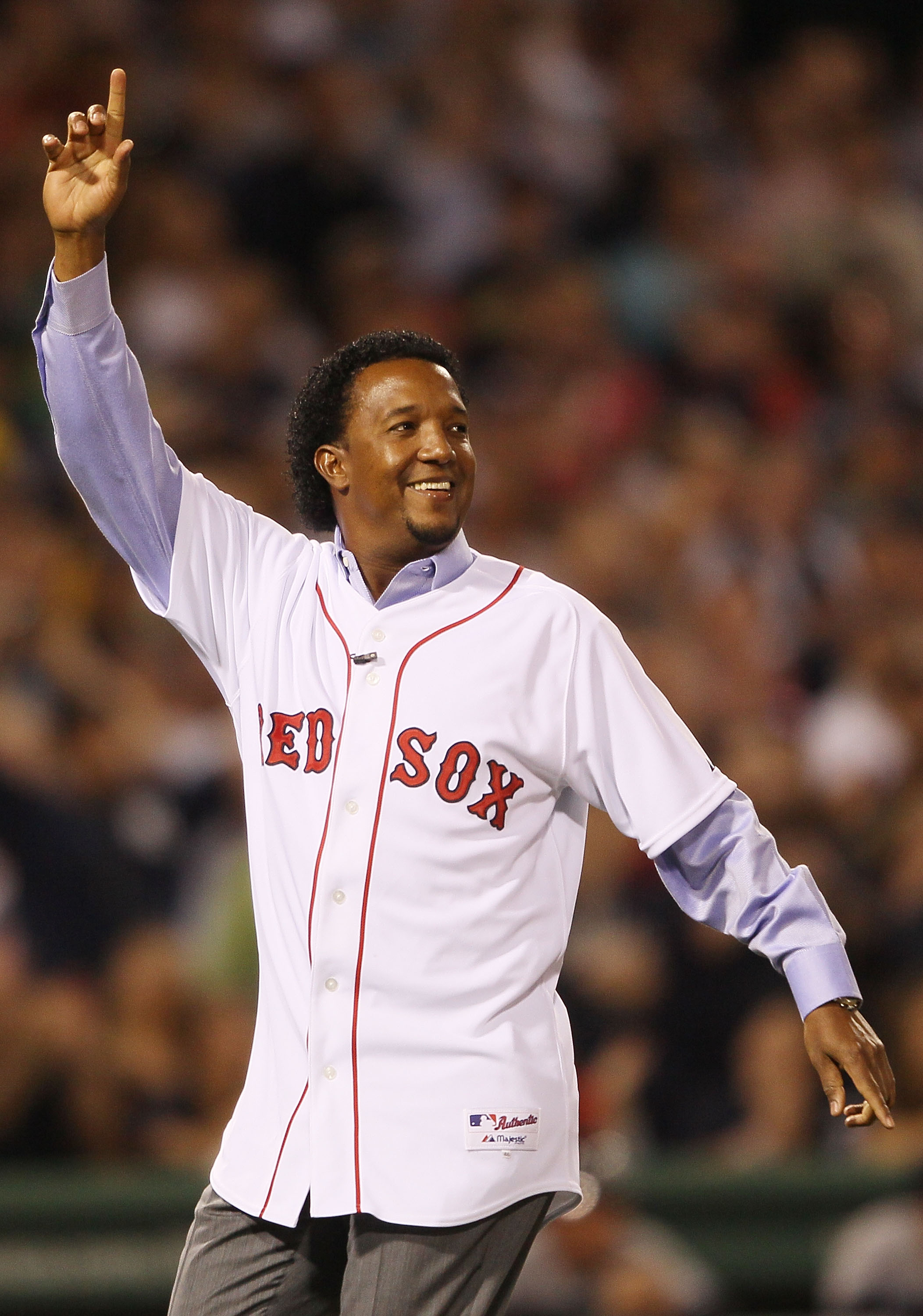 Pedro Martinez has made quite a career for himself. He has toed the rubber for the Los Angeles Dodgers, Montreal Expos, Boston Red Sox, New York Mets and Philadelphia Phillies. Martinez reached the pinnacle of his career, winning his only World Series title in 2004 with Boston.

So instead of hoping for the phone to ring, our agent on the other end with a plane ticket to some mythical ballpark in hand, we are sitting here reading about how great Martinez’s career has been and trying to figure out if it will continue, or even if it should continue. If we are being honest, we are also trying to figure out if we could have been in Pedro’s position right now had someone in our childhood not crushed our dreams and forced us into desk jobs.

Hey, I can’t even throw a ball 60’6”, so I’m certainly not beating myself up about it. You, however...you may have actually had some skill and let it slip through your fingers at some point in your life, thus leaving you stuck reading my ramblings instead of trying to convince your GM to sign Martinez for your team’s playoff push.

Let’s see who might benefit from Martinez’s services. If you disagree, then please let me know, and if you agree, then please vote for Pedro and the team you think he should go to in the comment section. I am immediately eliminating the Detroit Tigers and the Detroit Lions because one is a football team and together they form a Liger, which is pretty much my favorite animal.

The entire previous paragraph is useless banter written solely to interject juvenile humor from the once popular and never out of style movie, Napoleon Dynamite.

OK, time to get serious. In my opinion it makes zero sense for a team that has no shot at the postseason to bring Pedro to its city. This in mind, I selected only teams that I think will have a chance, however small, at the playoffs and who might be looking for an additional arm to help them get over the hump.

Also, I don’t see Martinez as a closer. He just doesn’t have the arm for that anymore. So this narrows the field just a bit more to include teams that might only need starters and/or setup guys. 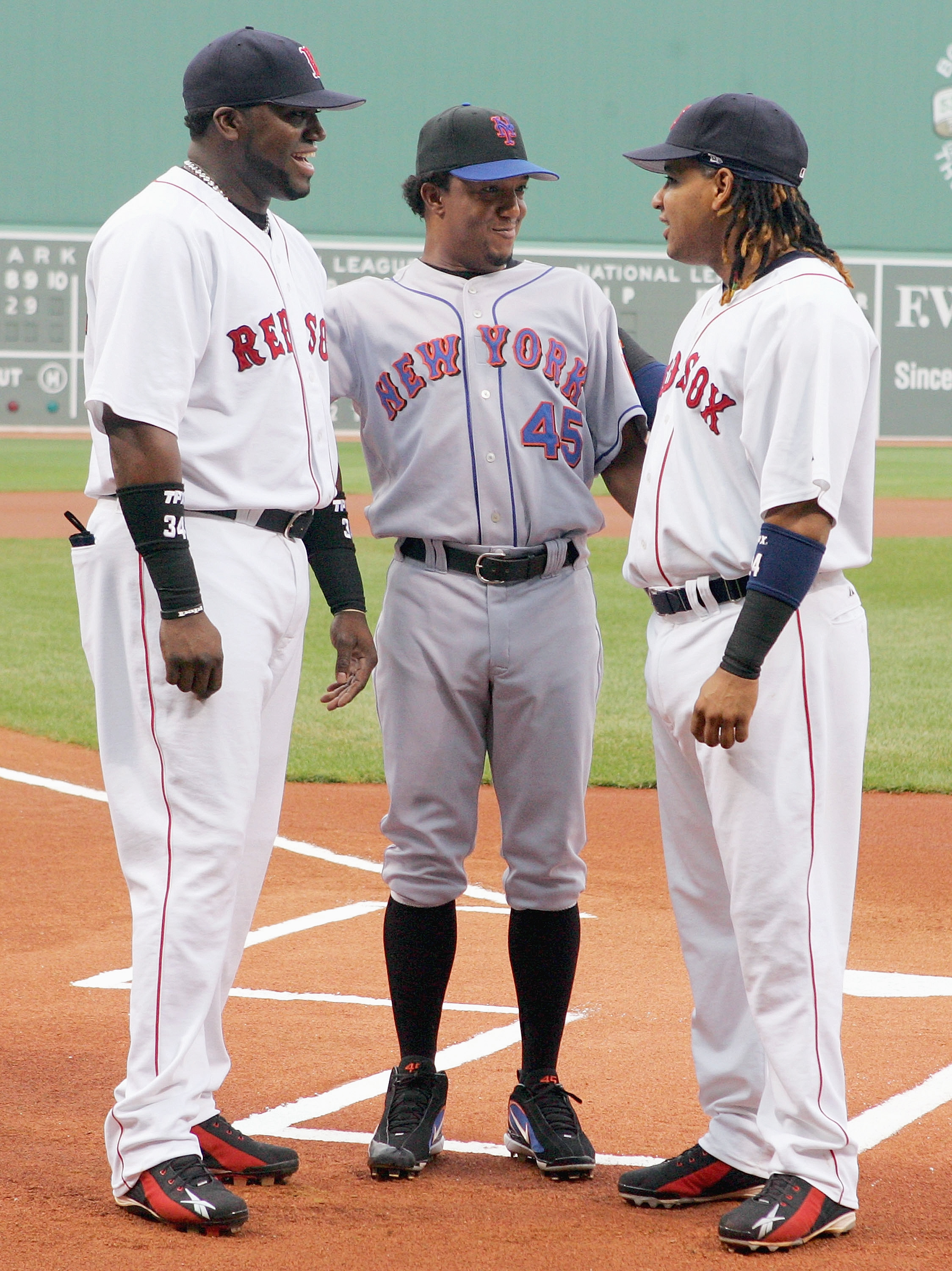 First and foremost, I would be remiss if I didn’t mention the Boston Red Sox. Though they have started the season slowly, one notch above a standstill really, we all know that won’t last.

Martinez has such a great history with that city, and the Boston faithful would gladly welcome him back to Fenway with open arms. He is arguably the best to have ever pitched in Fenway Park while wearing the Red Sox uniform.

Let’s be honest, folks—can you really do worse than Dice-K at this point?

The Red Sox have no need for a closer, as they have Jonathan Papelbon. Nor do they have a need for a setup man, as they have Daniel Bard and Bobby Jenks, among others. So unless an endemic strikes the Fens and benches the aforementioned, I see Martinez filling only one spot on the Red Sox roster, and that is currently inhabited by Daisuke Matsuzaka.

I would say, if I had a gun to my head, that I don’t think Pedro will be able to help the Red Sox in any capacity this season. I do believe, though, that Boston should sign him one last time so that the final pitch he throws in his illustrious career is at Fenway Park. 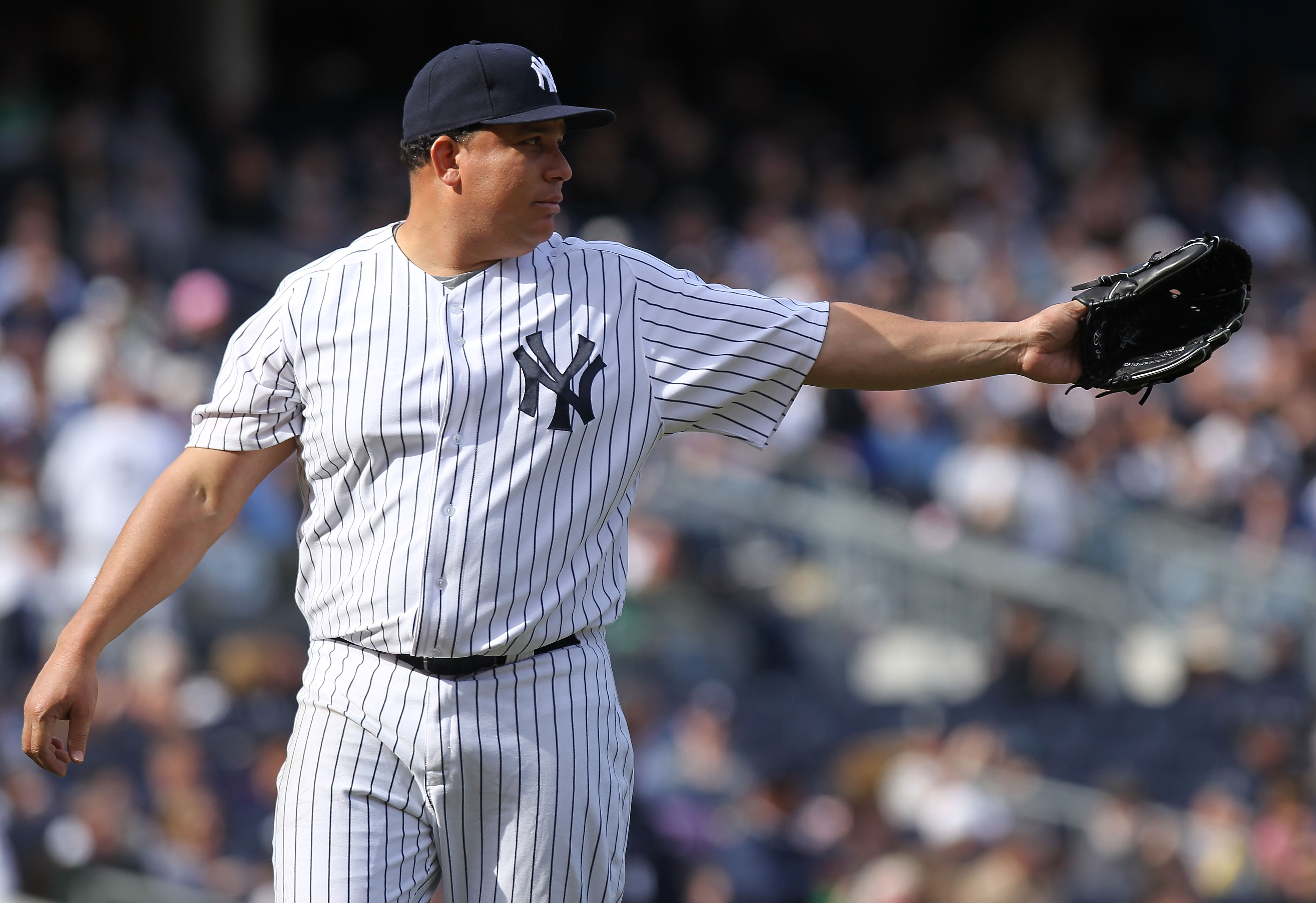 The New York Yankees are a team that has a very thin starting rotation, and if injuries rear their ugly head throughout the season, as they inevitably do, the Bronx Bombers may be looking for some plug-ins.

Ivan Nova, Freddie Garcia and Bartolo Colon currently round out the bottom of the Yankees rotation while Phil Hughes nurses himself back to health. 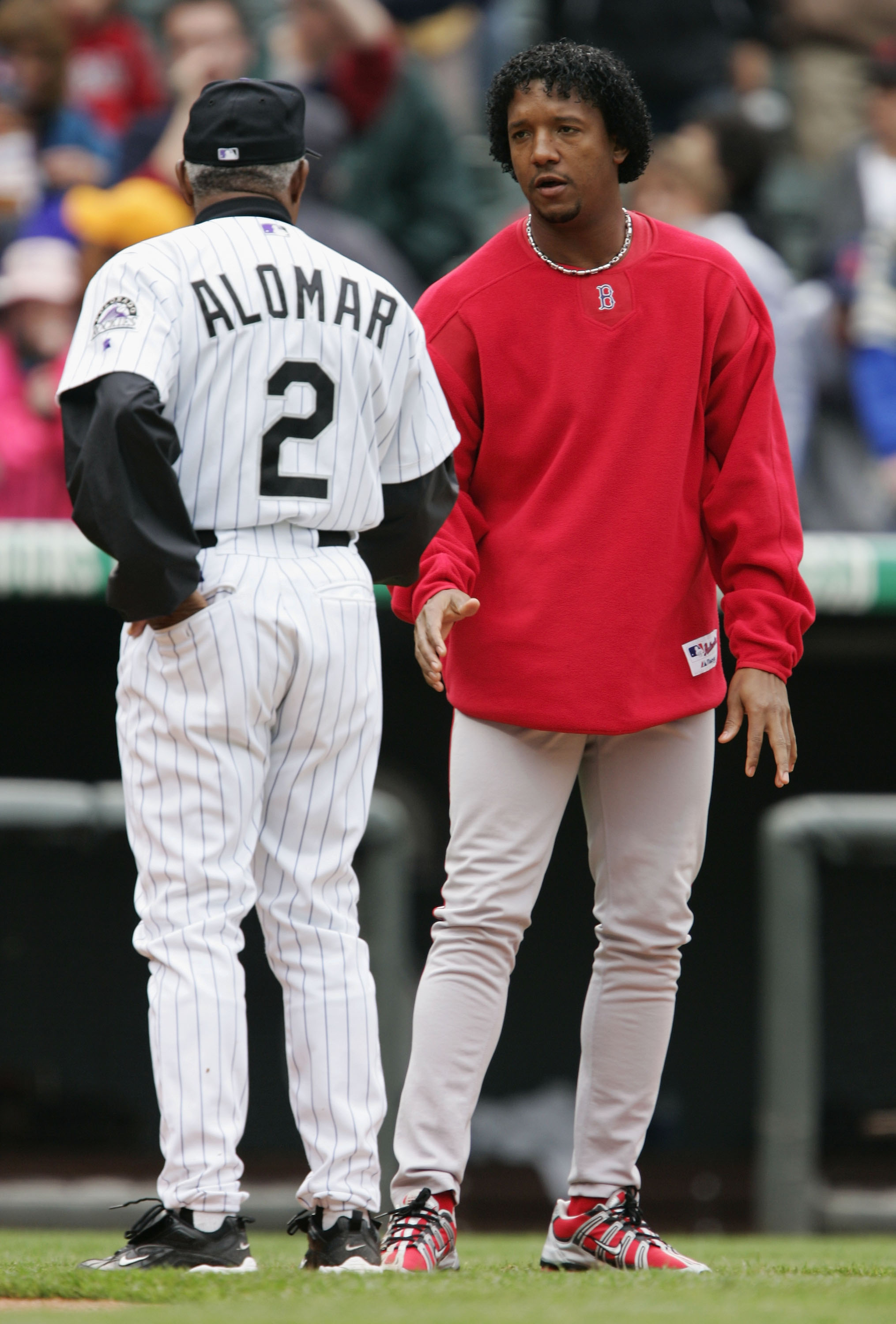 With Ubaldo Jimenez sitting on the disabled list and 32-year-old Aaron Cook missing one to two months with injury, the Colorado Rockies might be looking for a little Pedro come September.

The Rockies are leading the National League West with a 12-3 record. With Jorge De La Rosa leading the rotation until Jimenez returns and the San Francisco Giants sitting four games back, the Rockies will certainly hold serve.

The National League is an easier league in which to pitch, especially for an older arm like Martinez's; thus I see the Rockies as a viable option for Pedro’s services down the road. All of these early injuries to their starters may linger throughout the rest of the season, calling for the Rockies brass to need a backup plan.

In addition, Rockies closer Huston Street has an injury-riddled past, and having an extra setup pitcher to help eat up outs might save Street from having to close for more than a single inning per outing.

I’m simply saying that once you are injured it is easier to re-injure yourself, and therefore a team like the Rockies may have a need for a guy like Martinez, whether it be in the setup capacity or as a lower-rotation guy. 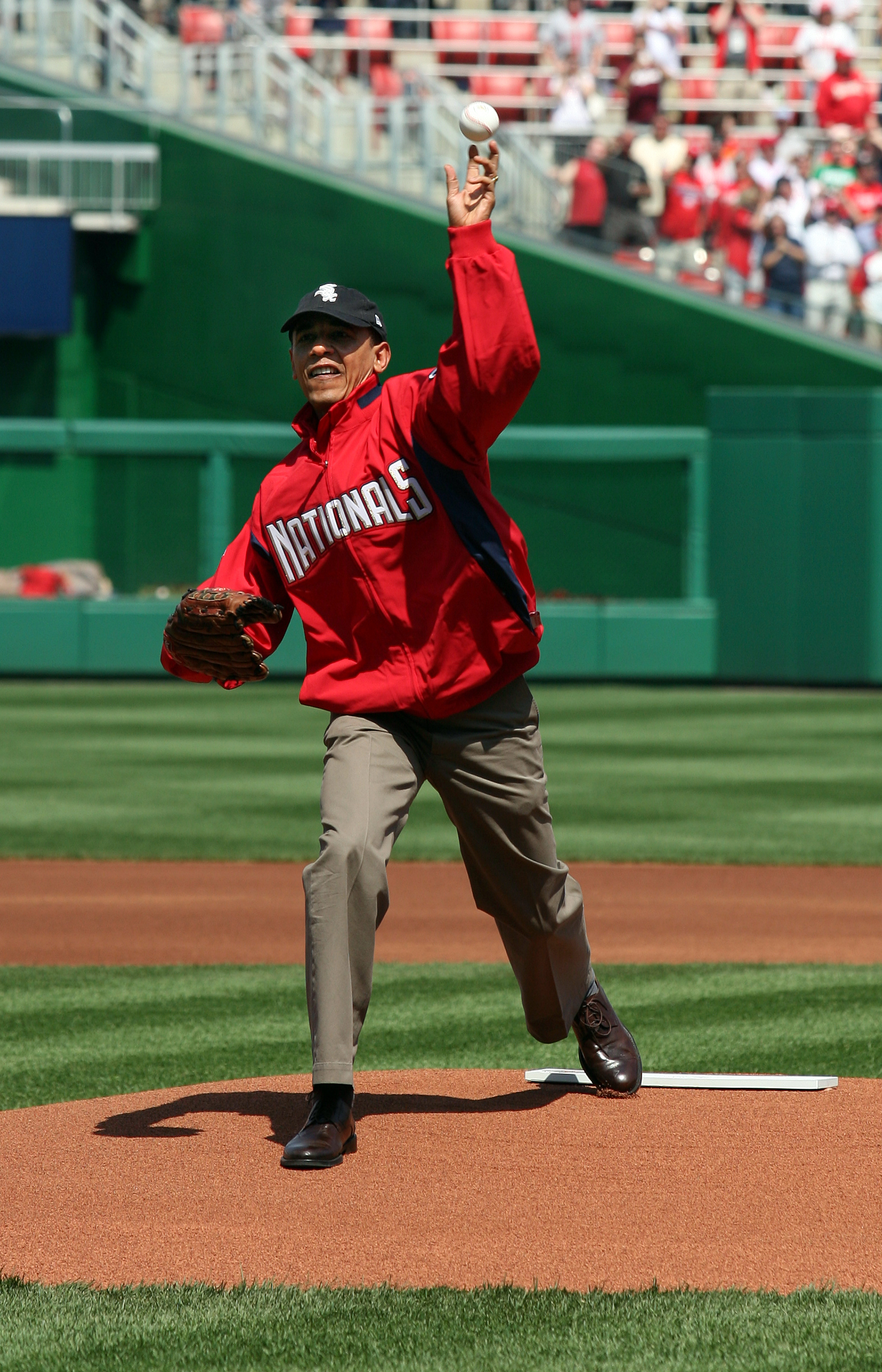 The Washington Nationals sit only 2.5 games back of the NL East-leading Philadelphia Phillies. Obviously there is no way that the Nats will catch the Phillies, especially with Stephen Strasburg sidelined all season due to a bum elbow.

Washington can, however, make a run for the NL wild card, and it would most certainly have a need for a proven pitcher during that run.

An average starting rotation (with age being a factor) and a very thin bullpen spell some trouble down the stretch for the Nationals, who are desperately trying to claw their way into the postseason.

The Strasburg injury was a huge blow, but I still believe the Nats have a legitimate shot and would be an ideal place for Martinez to provide not only a solid arm where needed, but also some veteran leadership to guys like Jordan Zimmermann. 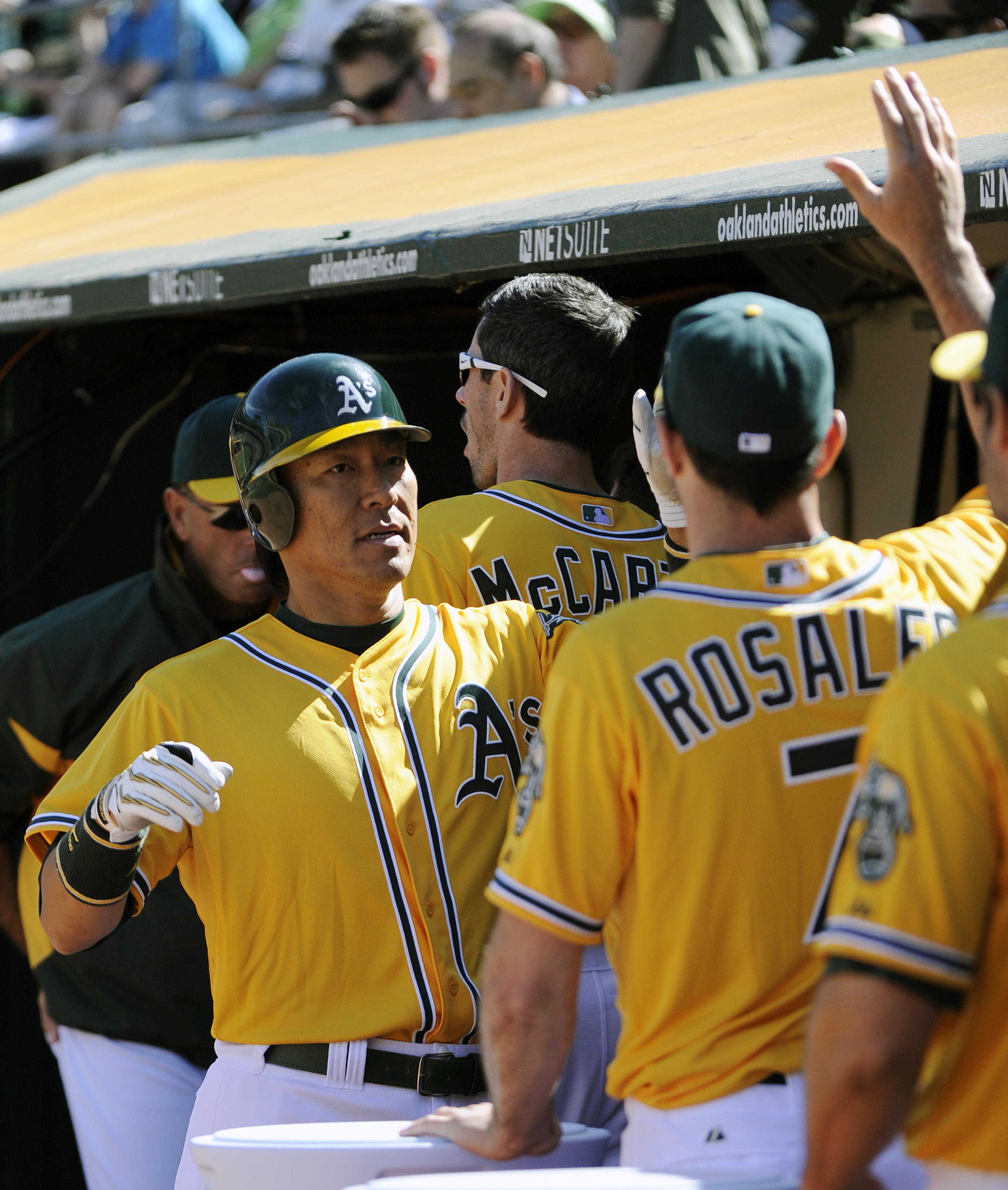 With the Texas Rangers and Los Angeles Angels both sitting atop the AL West, it might seem difficult for the Oakland Athletics to win their division. It probably will be, but that only means that they will be looking to make moves that might help them get there.

They are currently only 2.5 games back from both the Angels and the Rangers, and they have a superb, young (all starters were born in the '80s) starting rotation.

Trevor Cahill, Dallas Braden, Brett Anderson, Gio Gonzalez and Brandon McCarthy have gotten the As off to an 8-8 start. Couple those starters with closer Brian Fuentes, and I’d say you have a pretty solid mound presence. I am actually pretty jealous of what these guys will become if they can stick together through the years.

But until they peak, they will all benefit from the knowledge that a guy like Pedro Martinez can bring to their organization—knowledge most beneficial during the dog days of summer, when the As strive to play deep into the fall.

The As offer the perfect scenario for a guy like Martinez because they wouldn’t need him to start and wouldn’t need him to close. They would just need a reliable, proven arm to help set up periodically and to be able to eat innings if someone gets knocked around pretty badly early on. Pedro can do both.

A team that might offer Martinez a very similar scenario—and with a greater chance of playing in and winning the World Series—is our bonus team on the next slide. 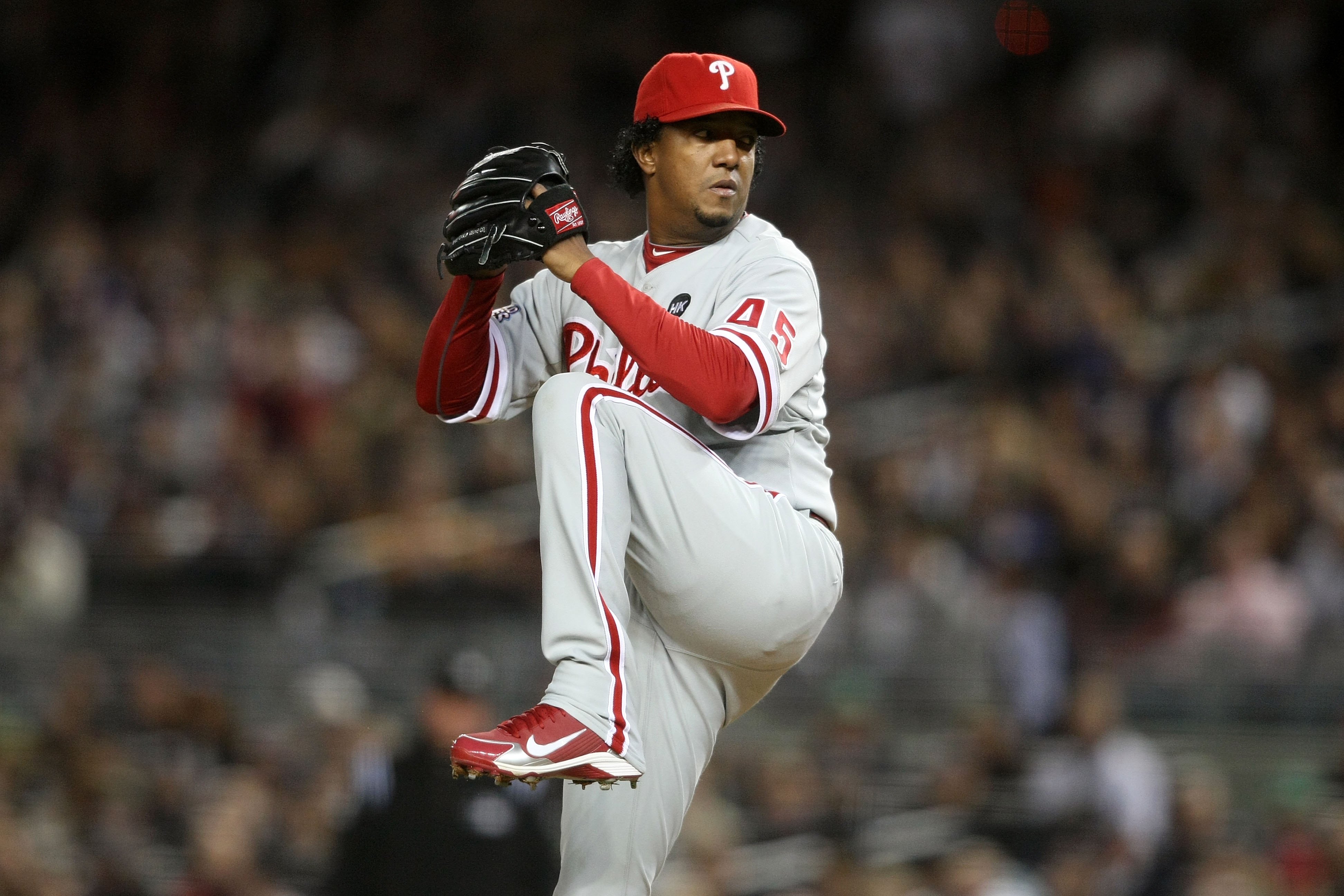 The Philadelphia Phillies. I could tell you all about their starting rotation, but if you don’t know it by heart, then you have bigger issues to deal with.

The Phillies, however, may want to bolster their bullpen with a good, solid presence like Martinez as a just-in-case guy. A pitcher who is there when and if needed so that they do not slip, even the tiniest bit, during their quest to take baseball's biggest crown.

Not to mention the fact that Martinez had an .833 winning percentage in Philadelphia when he last pitched for the City of Brotherly Love back in 2009. He has a good arm, it is a good situation and he is familiar with the organization, as they are with him. Philly might just be the perfect place for Martinez to land later this season.

BTW, Ignore Slide 3: Pedro Would Never Go to the Yankees 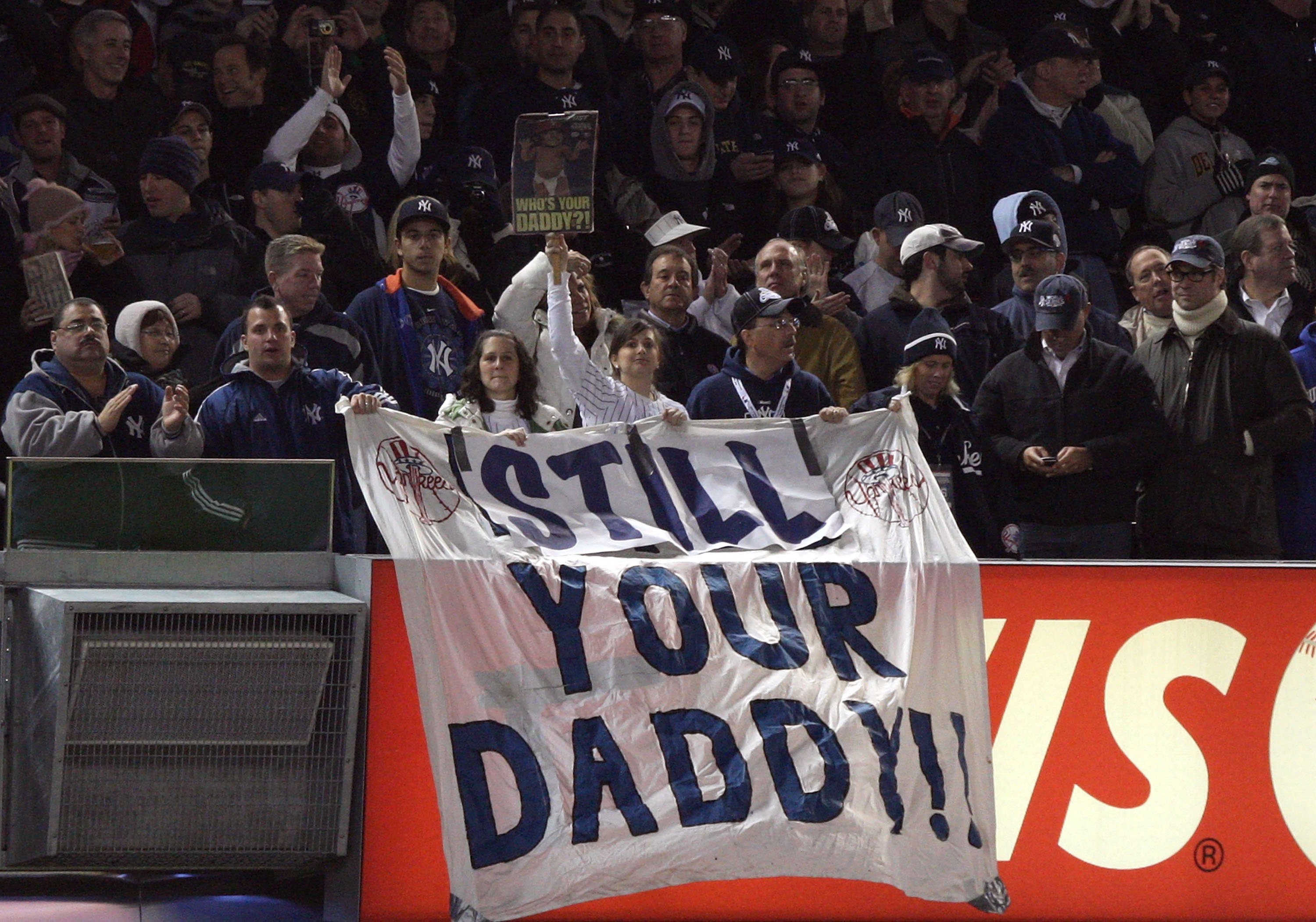 Personally, while I do see some potential fits for Pedro Martinez, and while I do feel that he can help out several teams, if only by providing knowledge and veteran leadership, I would not sign with any team other than the Red Sox or the Phillies if I were him.

Martinez had his best years and a World Series championship with Boston, so it would make sense to play what would probably be his last season in Fenway. On the other hand, Philly has one of the best, if not the best, shots at winning the World Series this year. If the Phillies came knocking, I wouldn’t expect anyone to turn that opportunity down.

What would you guys do? Who do you think might need his services down the stretch this year? Let me know. Thanks.

Which Red Sox player was named to the most MLB All-Star games (19)?