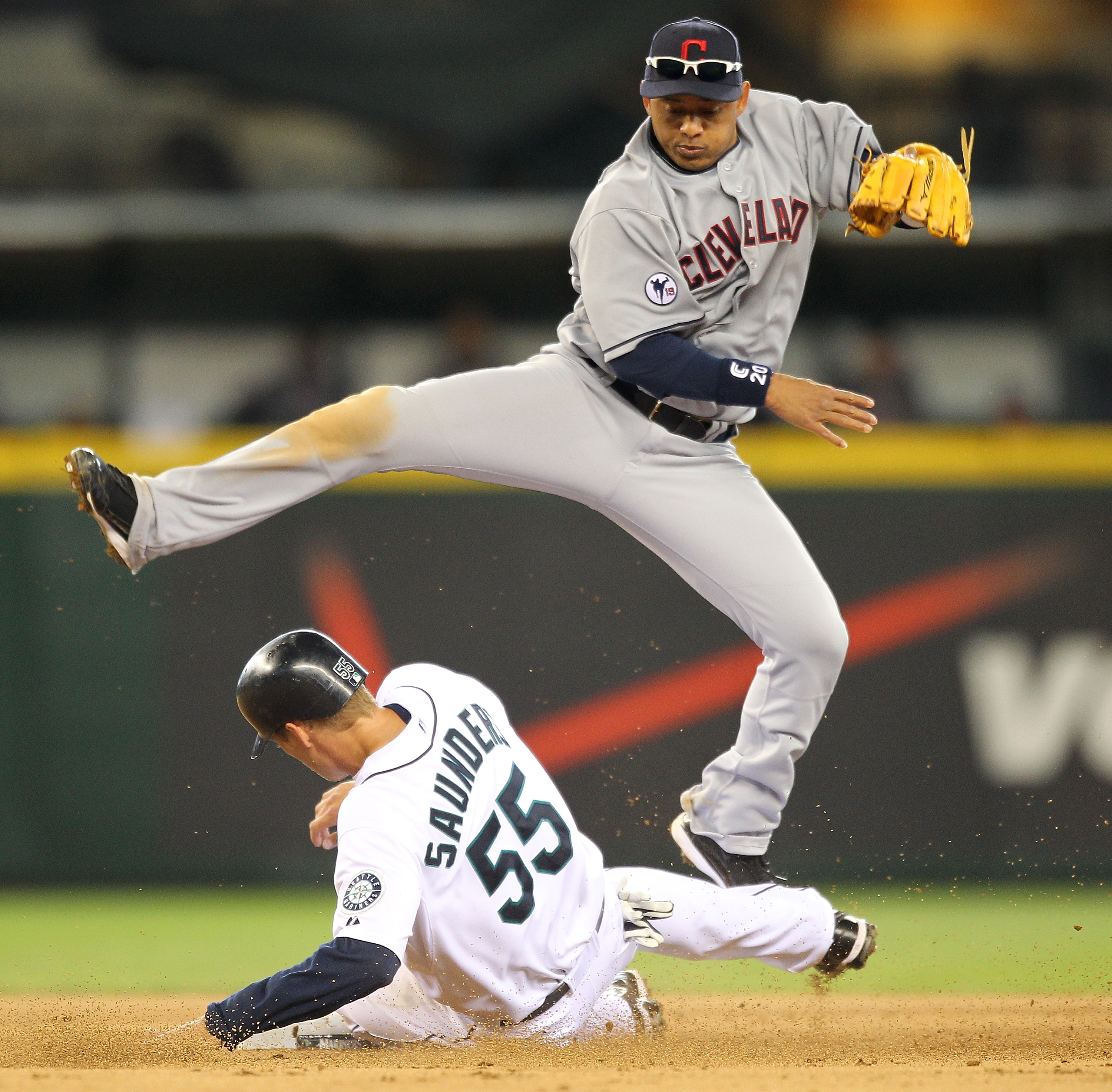 During the 2010 season, the Cleveland Indians defense was one of the worst in the major leagues.

A combination of injuries and poor play were the main reasons for the terrible infield defense. Add a poor defense to the fact that the majority of the Tribe rotation is made up of ground ball pitchers and you have a recipe for disaster.

Once the Indians' front office traded third baseman Jhonny Peralta, the position became a gaping hole that none of the Indian's options were able to fill successfully.

Improving the infield defense became a priority for the Tribe brass during this past offseason. So far, their moves have paid off and the Indians now have one of the most solid defenses during the early days of the 2011 season. Here are 5 reasons for that dramatic improvement. 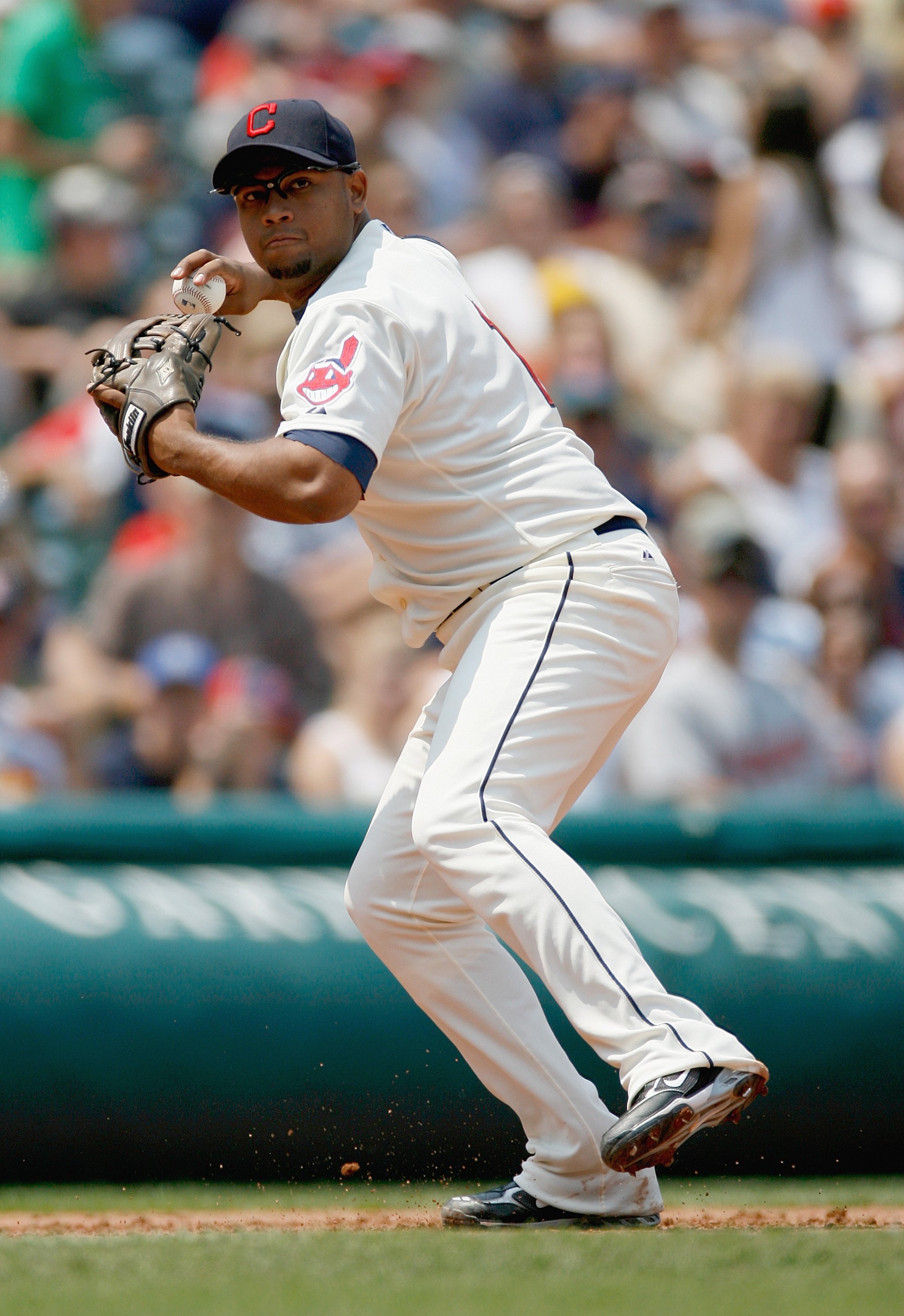 When Peralta was dealt to the Tigers, the Indians tried to fill third base with a combination of Jayson Nix, Luis Valbuena, and Andy Marte. Before the trade, Peralta was solid at third base. He had a total of 5 errors during the 2010 season with 4 of those coming with the Tribe. However, when he got traded the amount of errors at third base skyrocketed.

In 45 games played, Marte made 9 errors.

In 9 games played, Valbuena made 2 errors.

In addition to their poor fielding, those players also struggled at the plate. During the offseason, Marte was cut from the Indians roster and was signed by the Pittsburgh Pirates. At the end of this spring training, Nix was traded to the Toronto Blue Jays for cash and Valbuena was sent to AAA. These three moves greatly helped the Tribe's infield defense.

Reason #2: The Addition of Jack Hannahan 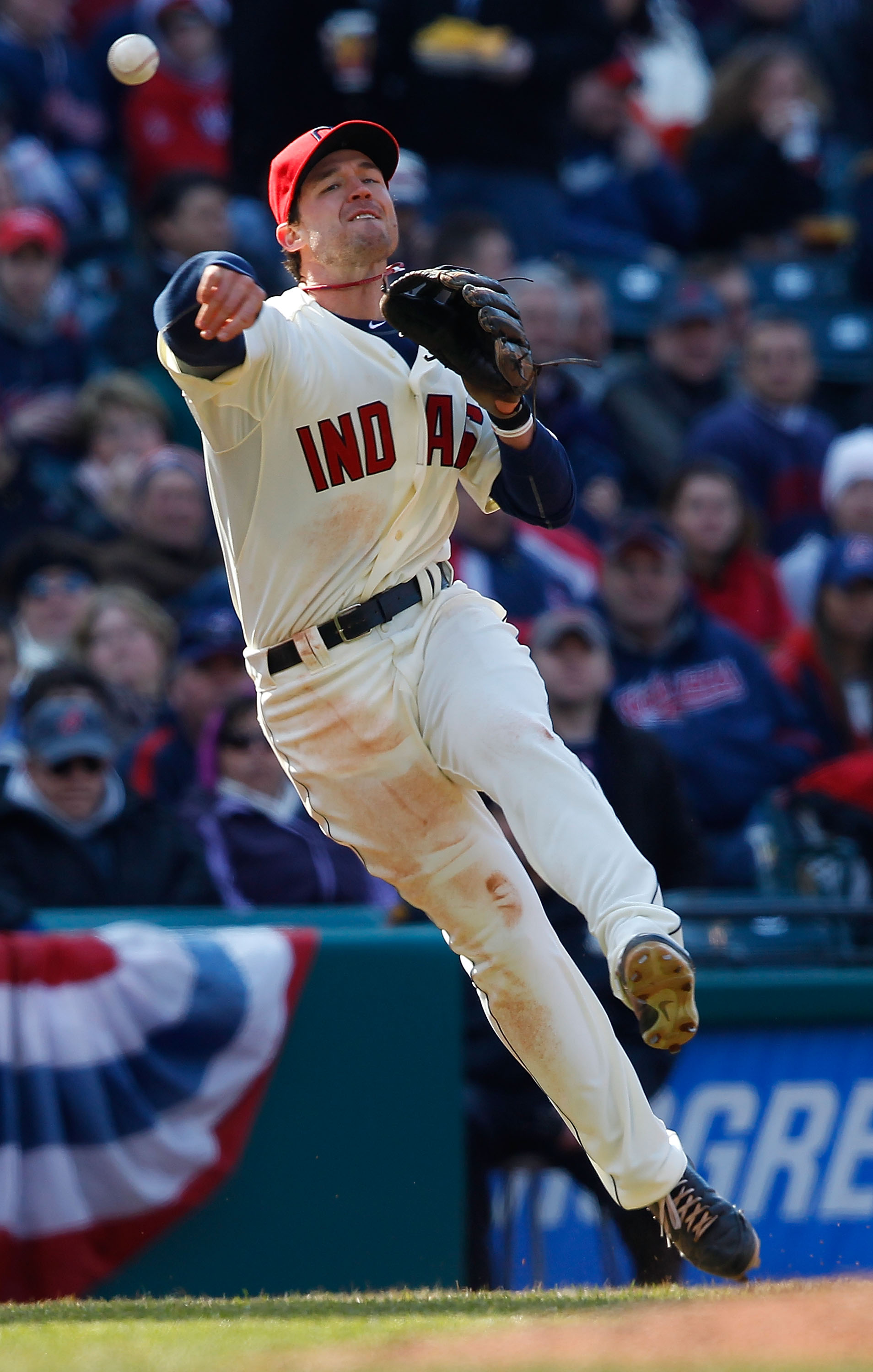 For the most part, the Indians were quiet in the off season trade and free agent market. However, they did sign a couple of players. Some were to major league contracts, but most were on minor league contracts.

One of those players who was given a minor league contract was third baseman Jack Hannahan. Hannahan spent the entire 2010 season in AAA, doing stints with the Seattle Mariners and Boston Red Sox affiliates, but was invited to the Indians big league camp this spring.

After Jason Donald, the front-runner to claim the third base job this spring, broke a bone in his hand, Hannahan emerged as the new starting third baseman. He was added to the 40 man roster and broke camp with the Tribe.

During his career, Hannahan has started at third base 261 times at the major league level. During those 261 starts, he has committed a total of 20 errors. Compare that to the 27 errors that the combination of Nix, Marte, and Valbuena made in only 110 games and you can see why Hannahan is such an improvement.

So far this season, it has been amazing to watch Hannahan pick the ball at the hot corner. He has made diving stops, bare handed catches, and accurate throws with ease. Although he probably won't be with the Tribe for more than this season, and maybe less depending on the play of top prospect Lonnie Chisenall, Hannahan has been a sight for sore Tribe fan's eyes.

Reason #3: The Addition of Orlando Cabrera 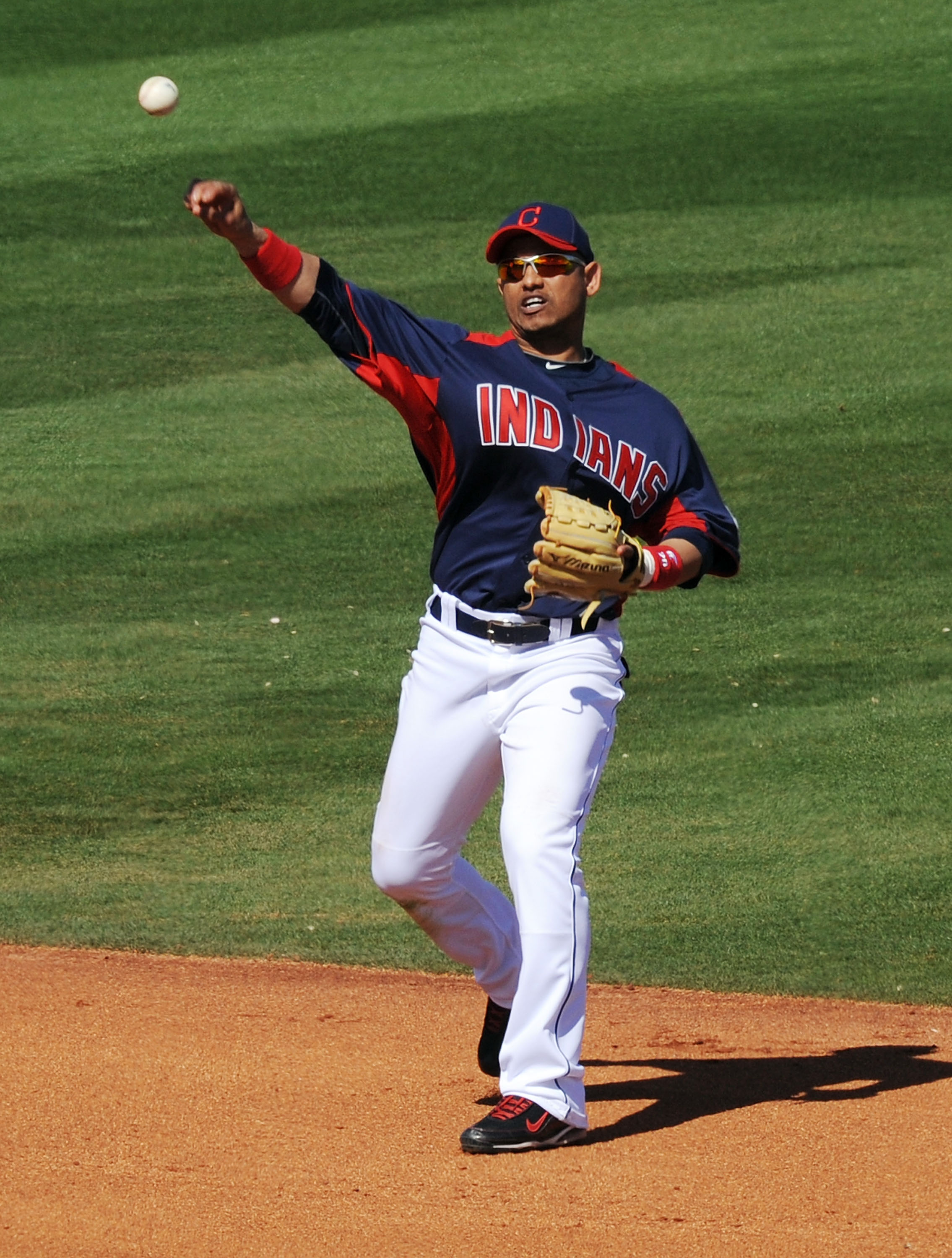 One of only three players that the Indians gave a major league contract to was veteran shortstop Orlando Cabrera. Thus far into the season, Cabrera has more than proven that he was worth the $1 million dollar contract.

The Indians signed Cabrera with the intent to have him play second base. Cabrera has mostly played shortstop during his career, but was willing to switch.

So far, the transition has been a smooth one with Cabrera not making an error yet this season. He has also been strong at the plate. However, Cabrera's true value comes with his veteran leadership. He is a great presence in the clubhouse for the younger players that fill the Tribe's roster and is almost like having another coach on the field during games.

One recent instance where Cabrera's leadership really shined through was during one of the Indian's games against the Seattle Mariners. Cabrera took it upon himself to call a meeting at the mound which led pitcher Tony Sipp getting out of the inning without giving up a run.

Another thing to mention about Cabrera is the fact that he has gone to the postseason 6 of the last 7 years. Perhaps some of that experience will translate to the Indians this season. 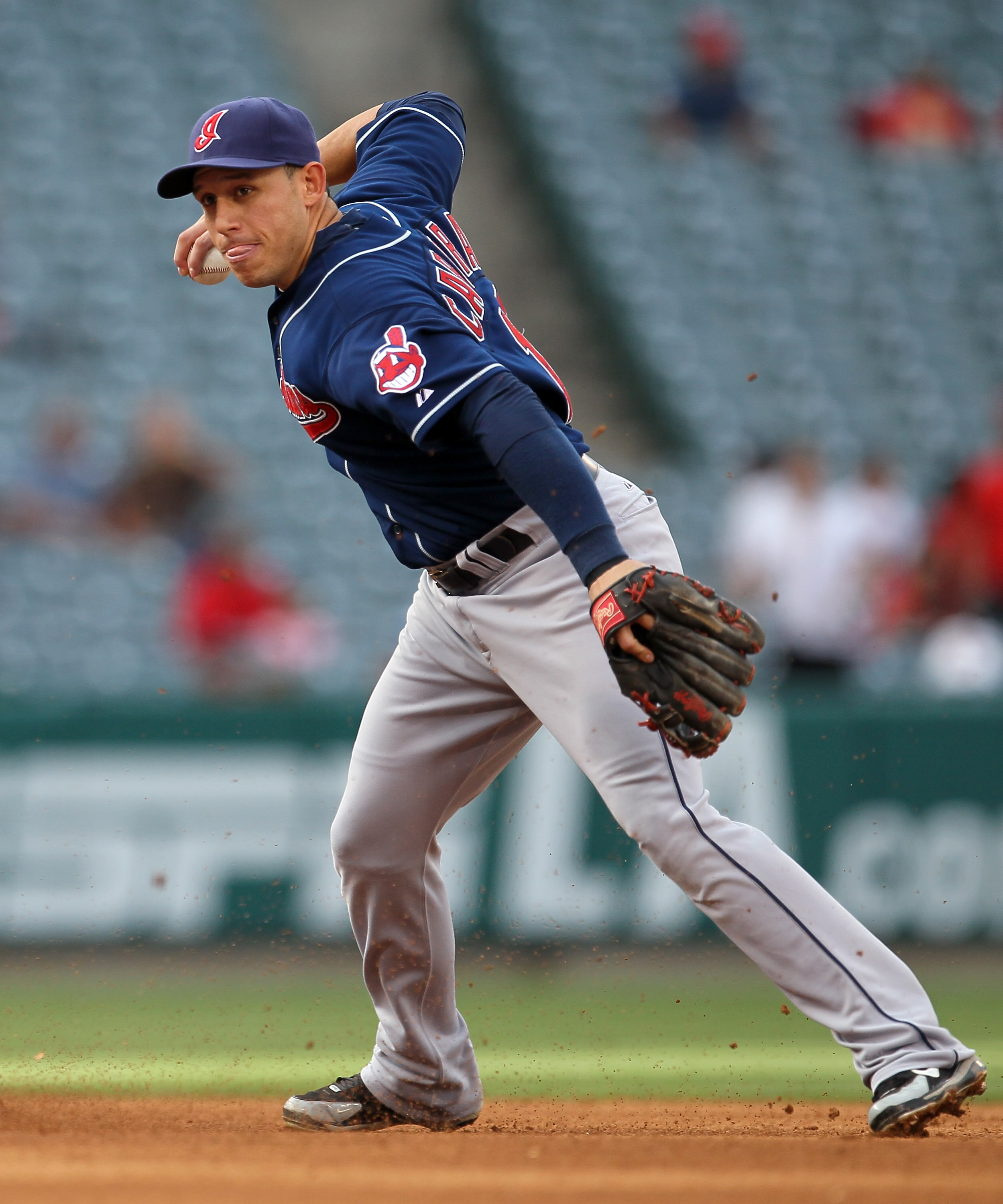 A cornerstone of the Indians current roster is shortstop Asdrubal Cabrera. He is just entering the prime of his career and is playing at a level that confirms that fact. The reason that he is helping to improve the infield defense this season is because he is finally fully healthy.

In the early part of the 2010 season, Cabrera suffered a broken arm when he collided with former Indians third baseman Jhonny Peralta while trying to make a play. That injury caused Cabrera to miss several months of the season and once he did return to the lineup, he was not playing at full capacity.

However, this season Cabrera is at 100% and it has showed so far. He seems more confident on the field and is growing into a veteran presence that the Indians could really use. Cabrera almost seems like a different player this year when compared to last season and that is a good thing for the Tribe. 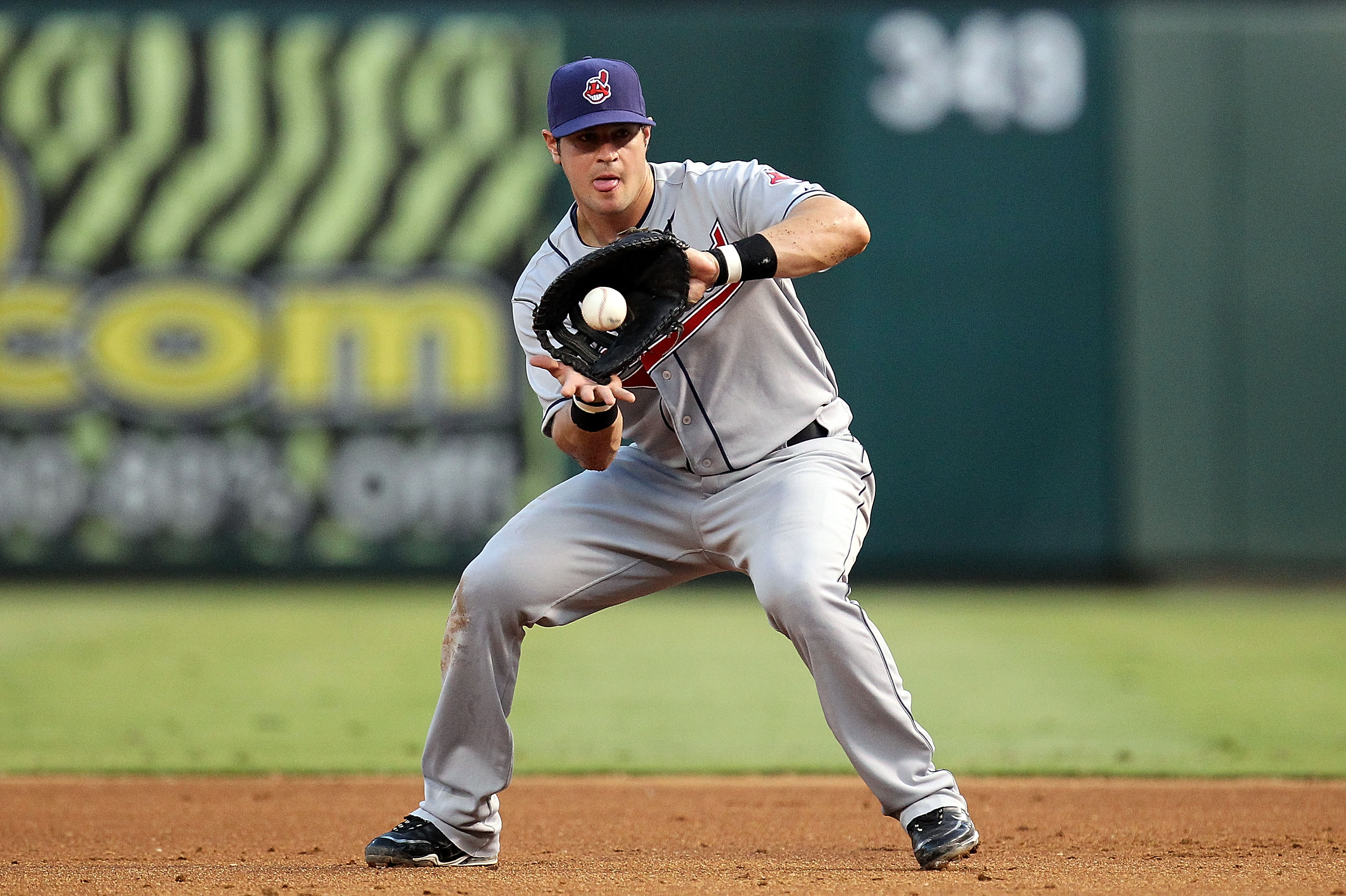 Another player on the infield who is finally coming into the season healthy is first baseman Matt Laporta. Laporta was able to have a normal offseason after the 2010 season. The year before, Laporta spent the offseason rehabbing from two surgeries. One on his big toe and one on his hip. The recovery from those surgeries affected his play during the 2010 campaign.

Having a normal offseason has thus far proven to be a good thing for the young slugger. He looks very much improved with his defense at first base. So far this season, Laporta has made several nice scoops at first of balls thrown in the dirt and has also made a nice diving stop or two.

That improved defense by Laporta can also be attributed to some of the coaches that the Indians brought in to work with the players in spring training. The two coaches who worked with Laporta were former major league first baseman Mike Hargrove and Eduardo Perez. Hargrove was hired in the offseason as a special assistant to the Indians and Perez was only brought in for the spring.

Having the influence of two outstanding defensive first baseman has definitely seemed to rub off on Laporta.

Overall, the 2011 Cleveland Indians defense is leaps and bounds better than the defense of the 2010 team. Hopefully, the Tribe will be able to keep up its strong play, not only on defense, but on offense and pitching as well.