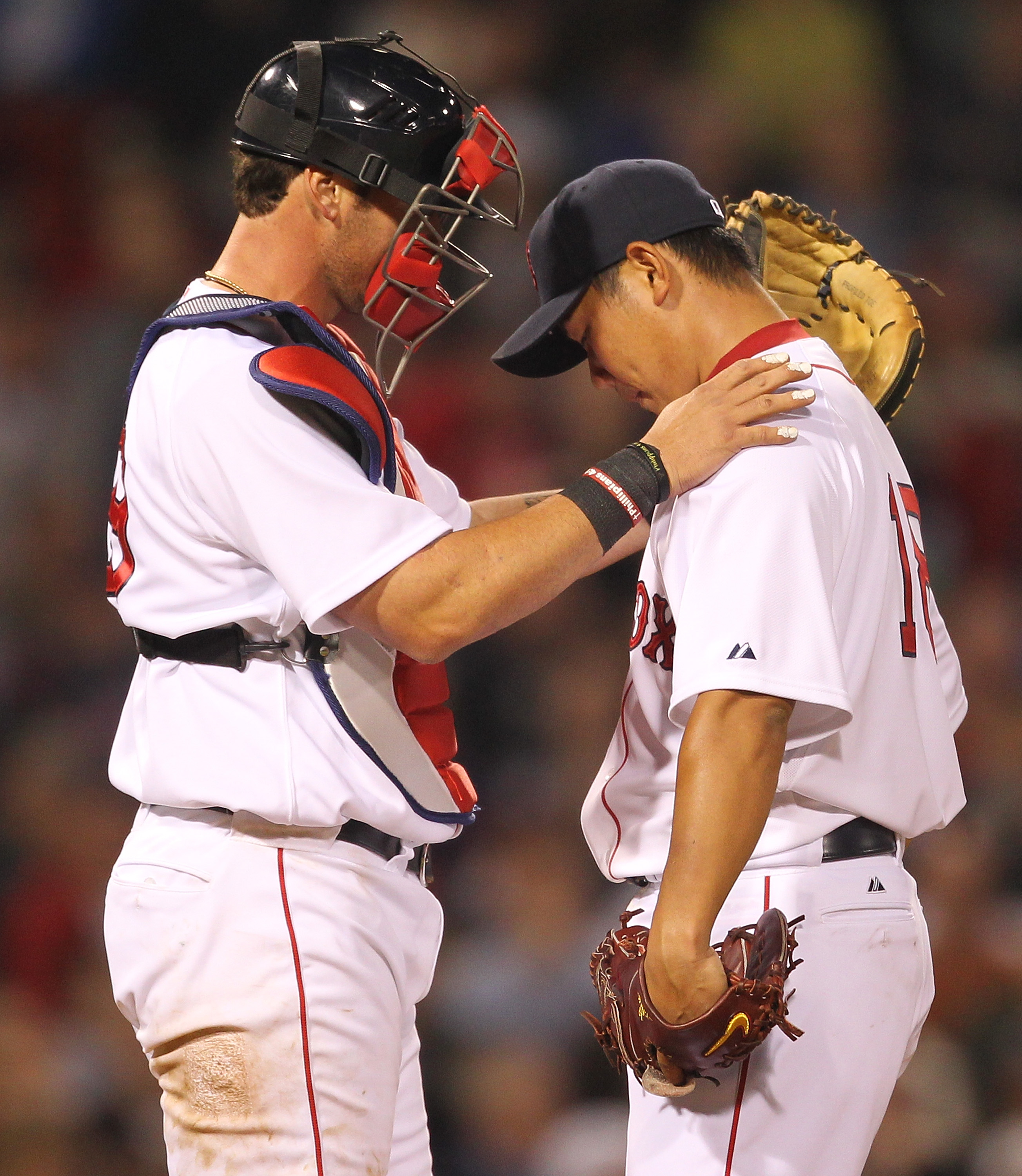 Pick your chin up, big guy. You're rich.Jim Rogash/Getty Images

To make life easier, let’s just say that Dice-K cost a clean $100 million. I mean, that extra $3,111,111.11 really isn’t anything to write home about anyway. I can easily make that much money in three, maybe four lifetimes.

With that absurd amount of Benjamin’s, I’d buy Roy Halladay. Halladay was signed through 2013 with a 3year/$60 million contract. I’d rather have spent my money on three years of Halladay instead of six years of Daisuke Matsuzaka.

With the remaining (approximately) $40 million, I’d have taken the Boston Red Sox, the entire AL East, the rest of the American League and their counterparts in the National League out to Sizzler for an all-you-can-eat steak dinner. And if anything is left over, maybe some Pink (read: crack) Berry afterward.

If anyone has too much to drink, Dice-K will be available as the designated driver to ferry people home free of charge. After all, he doesn’t really need the money now, does he?

"Some Day & That Day May Never Come, I'll Call Upon You to Do a Service for Me" 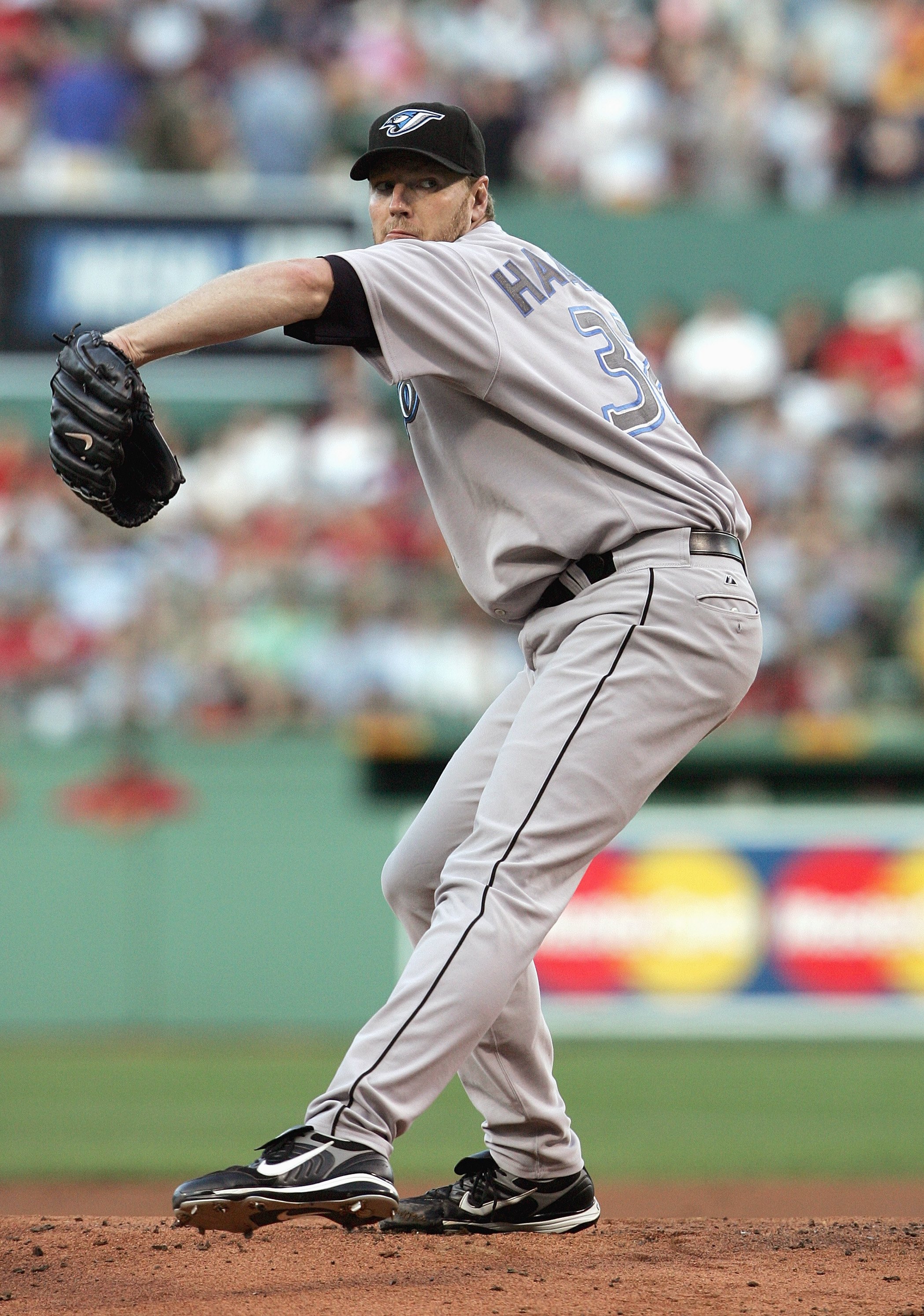 Instead of Dice-K lofting meatballs toward the plate, I’d have bought the entire Godfather trilogy for $74 million. With the remaining $26 million I’d buy the house on Lake Tahoe where Part 2 was filmed and I’d invite Al Pacino and Robert DeNiro over for a steak dinner.

After dinner I’d watch them re-enact their one-on-one diner scene from the movie Heat. Rumor has it that they filmed that scene at different times without the other person present.

Then, if it is not too late in the evening, I’d ask them what in the hell they were thinking making Righteous Kill?

When they’d inevitably take offense to that question and come at me saying stuff like “You talkin’ to me” and telling me how many bodies can fit in the trunk of a Caddy, I’ll make Dice-K take the bullet and try to pitch his way out of that little jam while I jump in Fredo’s boat and go fishing. 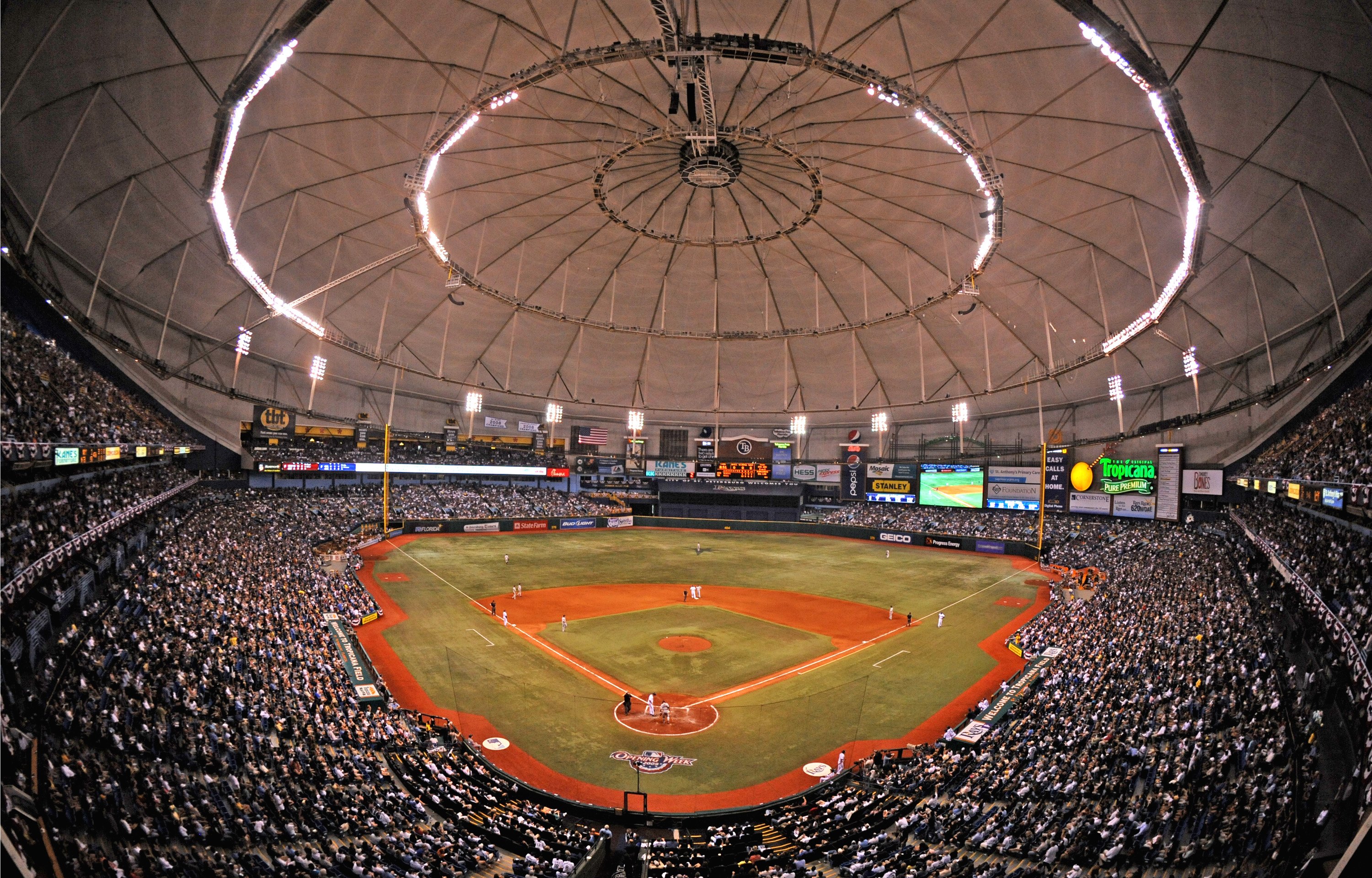 I didn’t even bother looking this up but the Rays' owners have to be paying less than $100 million for the team they are fielding this year. If not, then that was well thought out (this last comment oozes with sarcasm).

I’d rather own an MLB team for a year than a pitcher who acts as though he is under contract to place the baseball on a tee for the Rays' batters, making them look like an all-star team (eight hits and seven runs in two-plus innings, was it?)

I’d spend my year as owner of the Rays trying to convince Longoria to come to Boston. Then I’d move Youk to DH once Ortiz retires (which could be awhile, the guy just keeps on hitting).

After that, I’d take Dice-K out to a nice steak dinner and make him cut my bacon-wrapped filet (because everything tastes better wrapped in bacon) then sit quietly studying game film as I eat.

Half of Joe Mauer 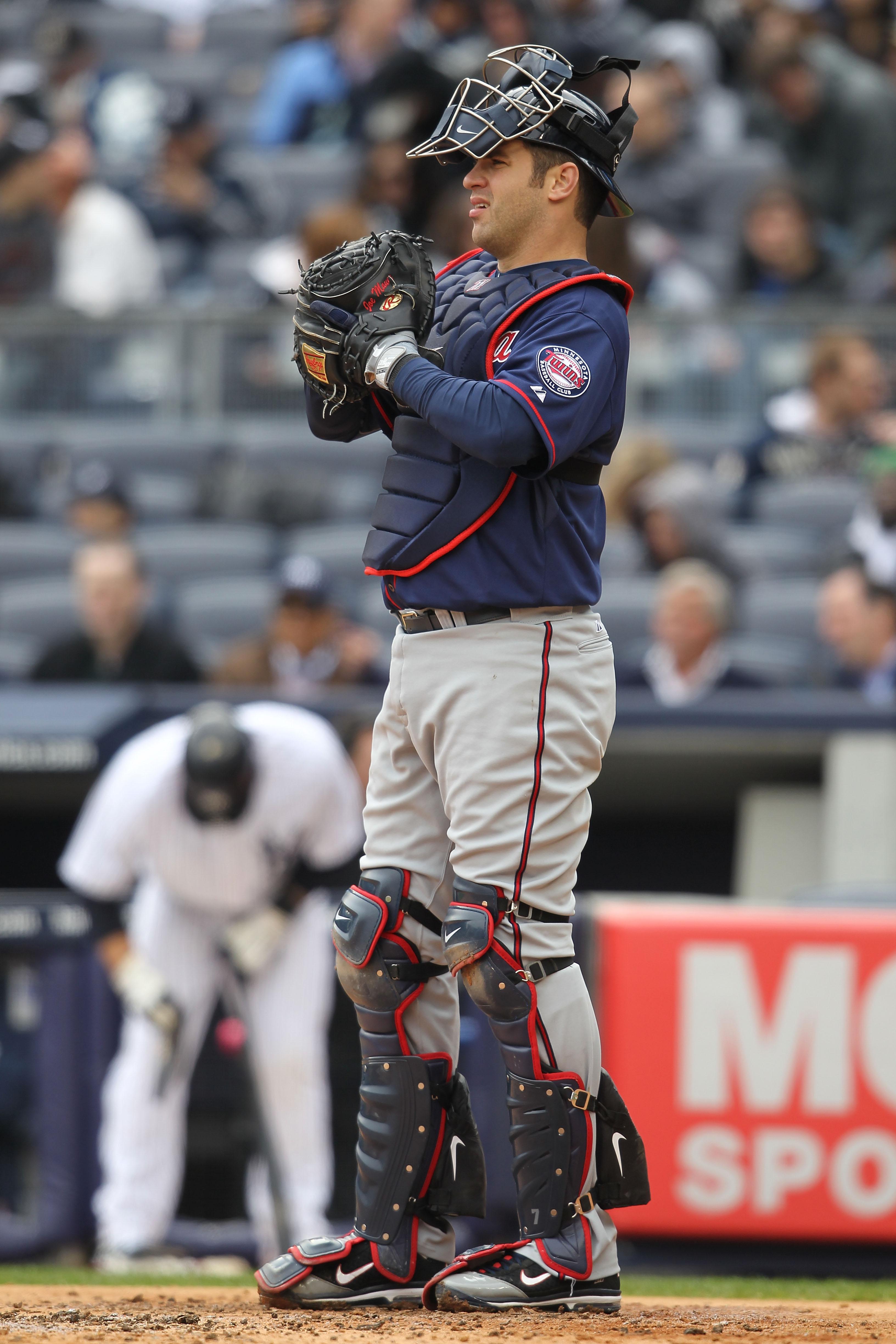 Half of Minnesota Twins’ catcher Joe Mauer’s contract would be nice to own. Let’s face it, half of Joe Mauer is better than five maybe six Dice-Ks. I’m willing to bet a steak dinner that Mauer can pitch just as badly as Dice-K but at least he can hit and call a game too.

Look what the guy can do on those PlayStation 3 commercials. He homered using the stick. The stick! Nobody does that. That’s pure talent right there. 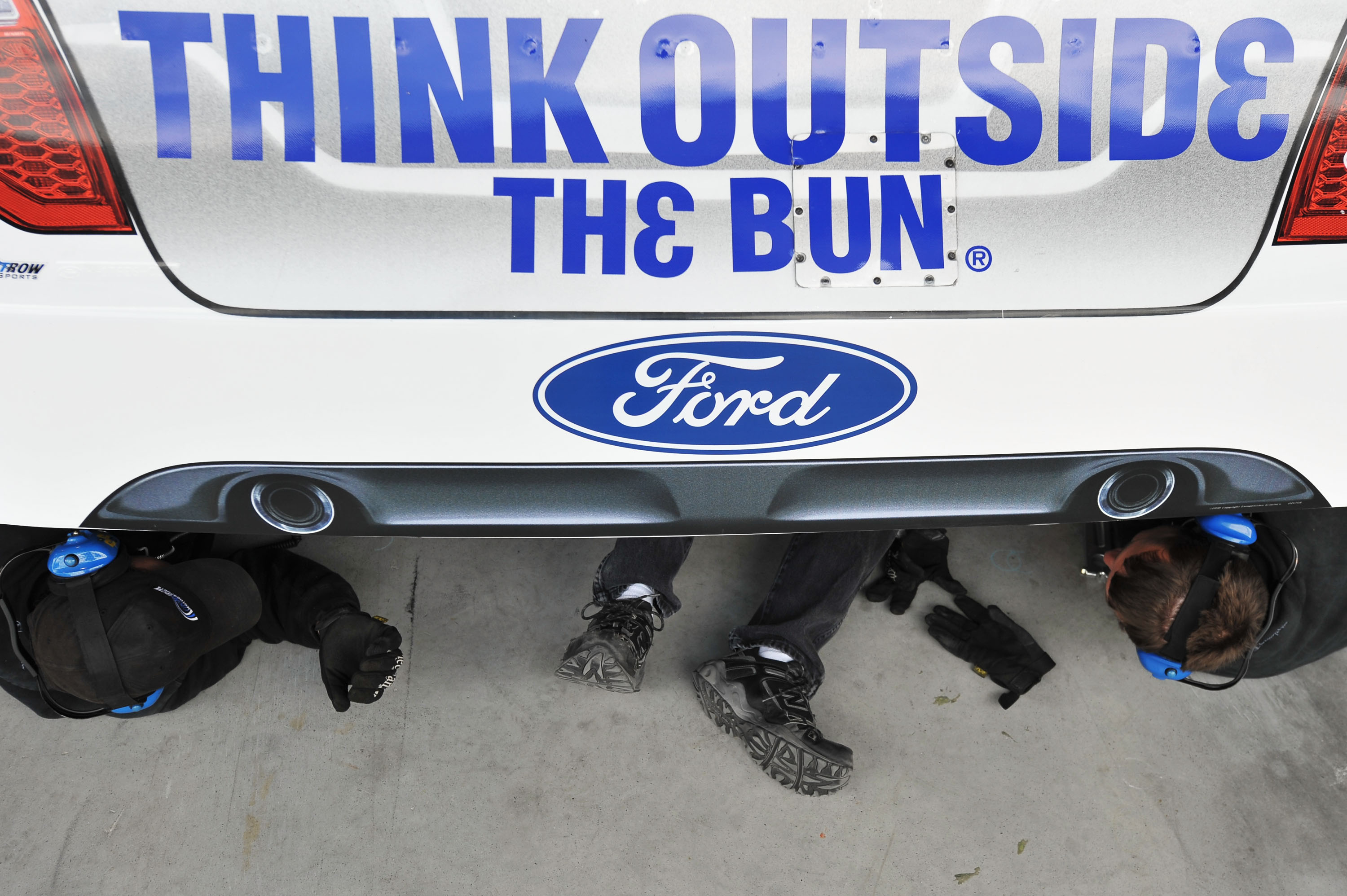 I’d buy 100 million pork, chicken or beef tacos on $1 taco Tuesday night at Mac’s Restaurant in Charlotte, N.C. I’d bring Dice-K along because inevitably I won’t be able to finish all 100 million tacos and I’m not a big fan of bringing home leftovers. Thus he’d have to eat every taco I’m unable to finish.

Now seeing as how I spent all $100 million that it cost to acquire this ex-Seibu Lion(ess), Dice-K would obviously have to pick up the beer tab. Don’t feel too bad, because Taco Tuesday comes with beer specials as well.

Plus, he’s certainly got the coin to swing for a few libations. Then he’d have to drive me home. 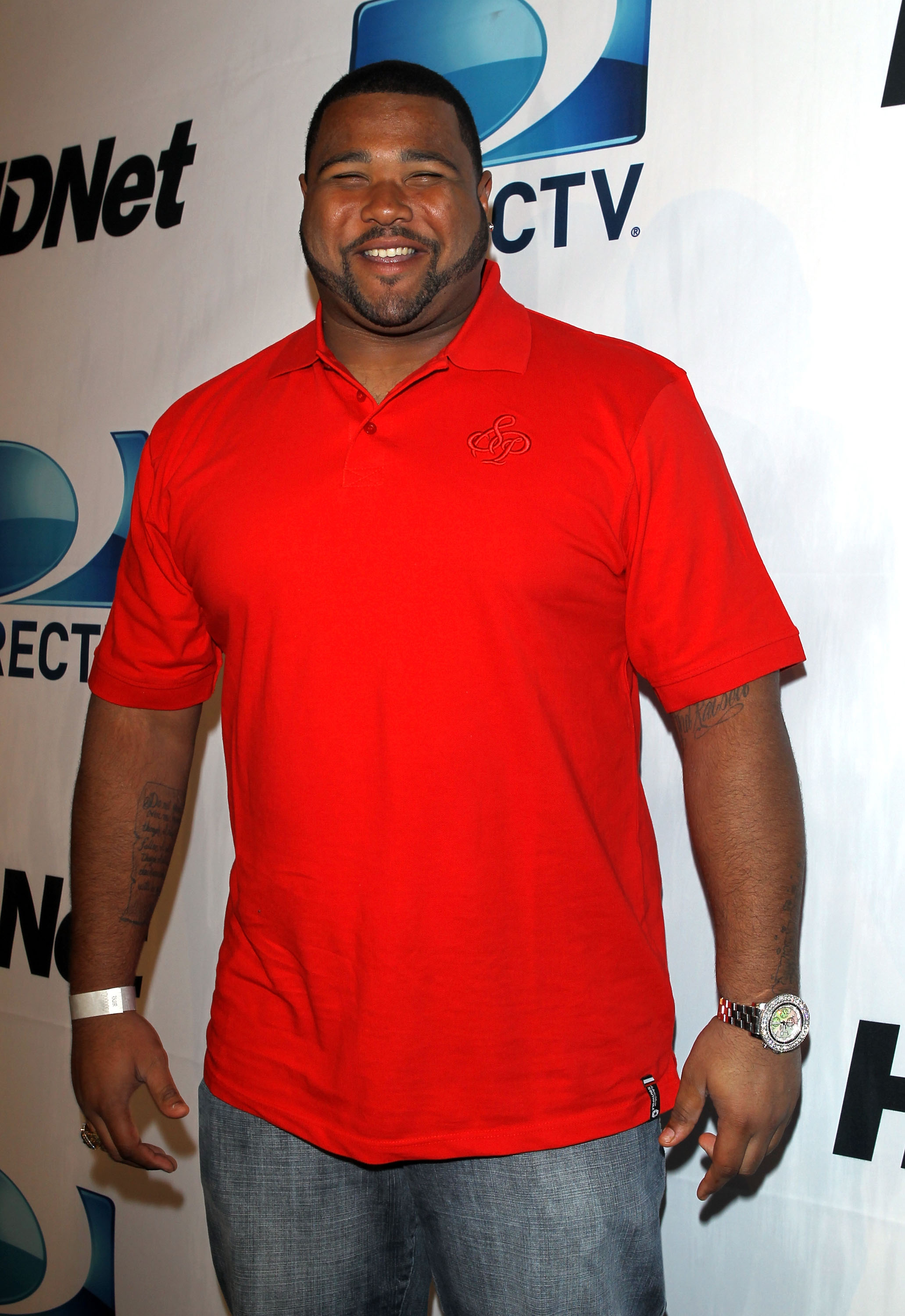 I’d start a Satellite TV company of my own where buying the MLB package isn’t equivalent in price to putting a down payment on a McMansion somewhere along Park Avenue.  WTF (Winning The Future, not the other WTF that I can’t write on this family site), DirecTV?

Stop sucking me in with your awesome HD packages and then thieve my unborn child’s college education just to watch one season of baseball in the comfort of my own living room. Hell, I can’t even afford a nice steak dinner after paying your package rates.

Dice-K, of course, would be in charge of installing all dishes on everyone’s roof. 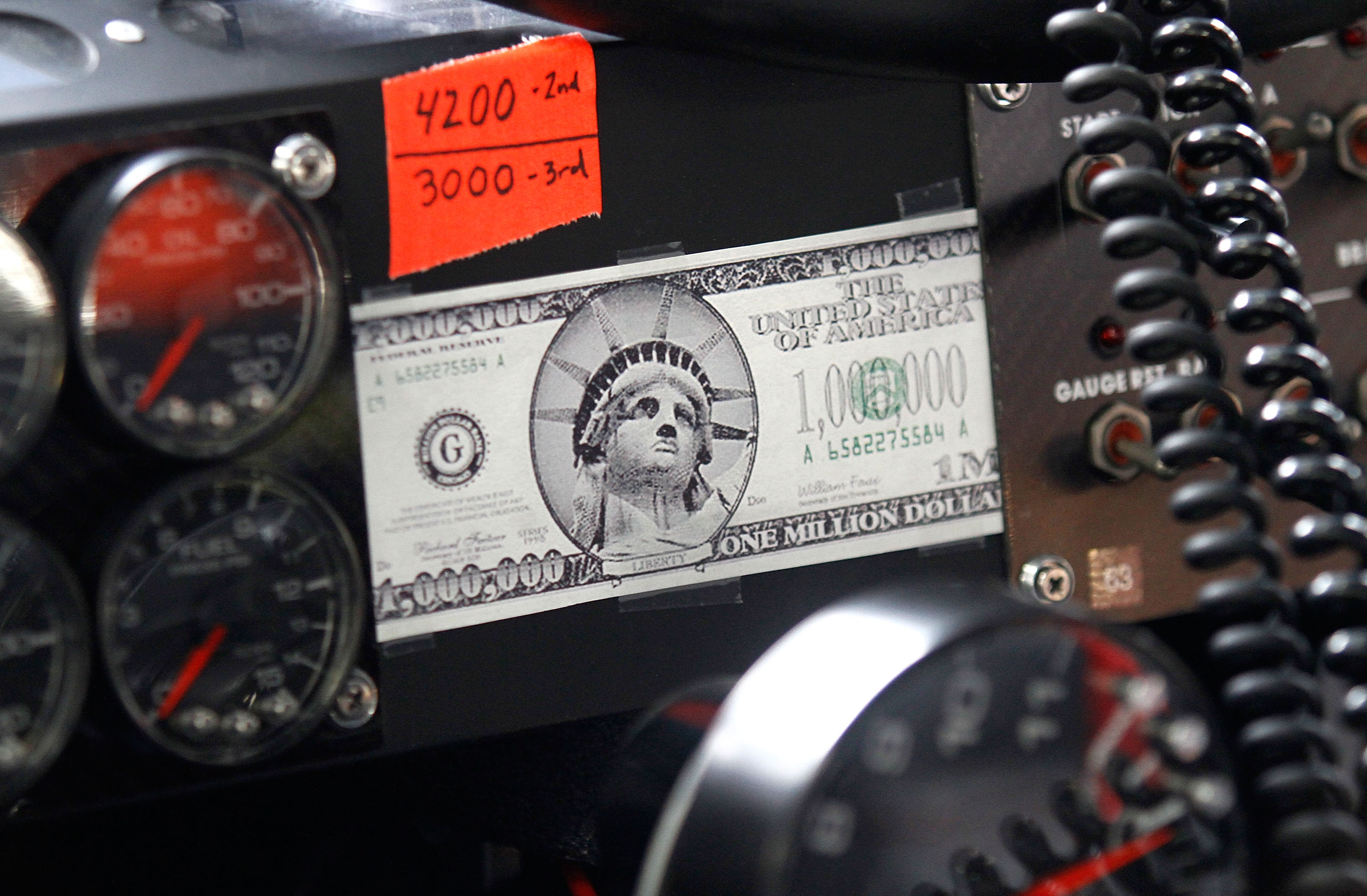 I’d go to the dollar store and have a ball. Dice-K would push the cart.

This one might be an all-day affair followed, of course, by a steak dinner costing the exact same amount of money that John Henry paid Mr. Matsuzaka to generously donate six runs in one half-inning to the Tampa Bay Rays the other night. 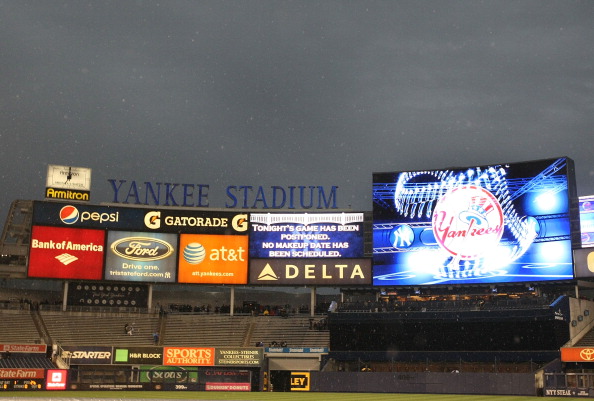 I’d take Dice-K’s contract money and the silly $51,111,111.11 that we handed the Seibu Lions for the right to negotiate the $52 million contract and help rebuild Japan.

Of course this generosity would come with a price tag. They would have to promise Boston fans never to fool them again with another Matsuzaka but to send all highly touted, uber-expensive has-beens to the Bronx instead. 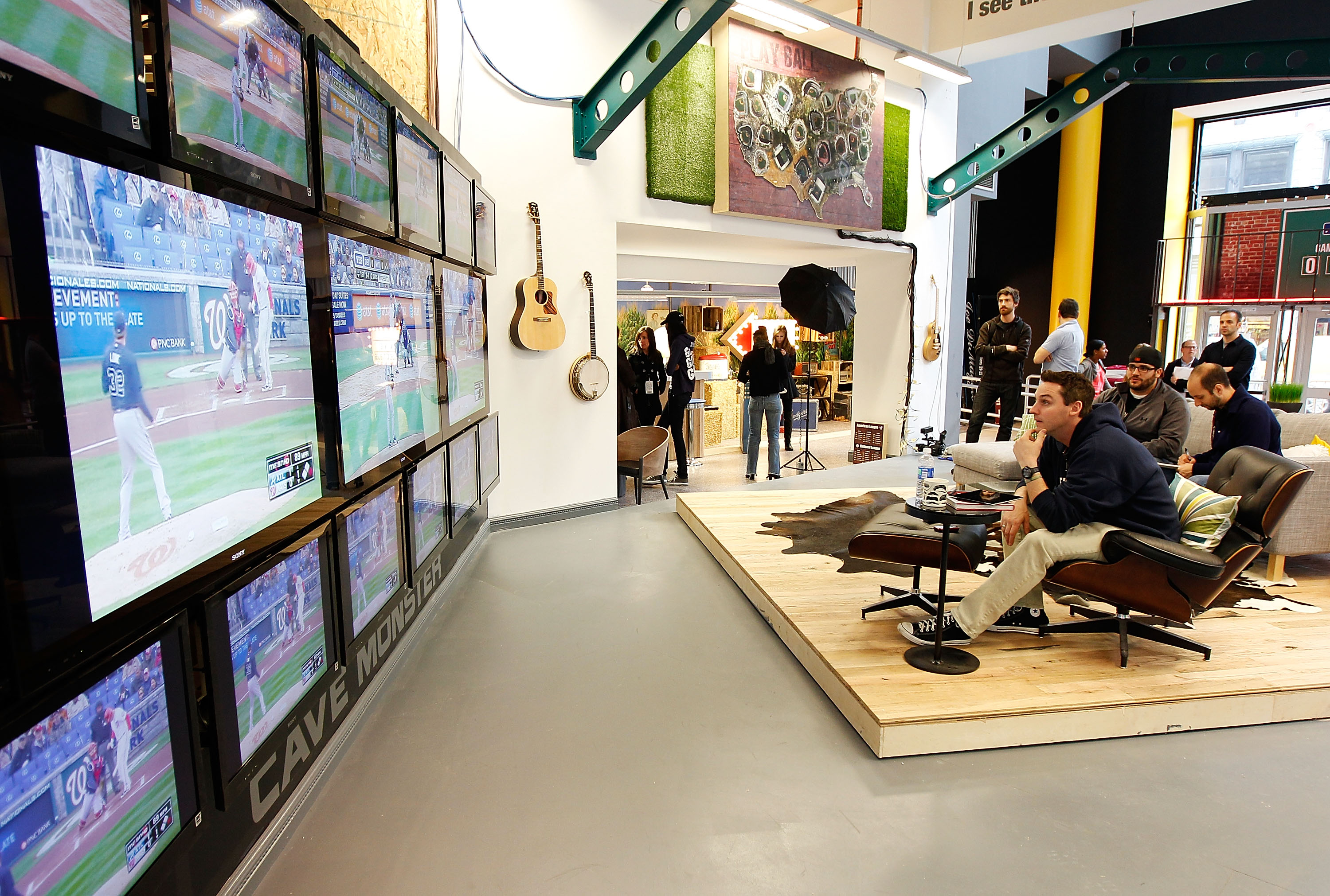 I’d make myself the lucky guy hired by Major League Baseball to watch every baseball game in a paid for NYC apartment for this entire baseball season.

Except for $100 million, I’d put the apartment in the 600-club area above the home plate bandstand in Fenway Park and I would make the MLB replay the 2004 season in it’s entirety instead of this year's.

Then I’d have Heidi Watney deliver me steak dinners every night while Dice-K would be in charge of tweeting ever boring thing that happens in my Fan Cave that nobody really cares about.

Also, I’d make him watch and analyze every single pitch Pedro Martinez makes and then quiz him to see if he learned anything. 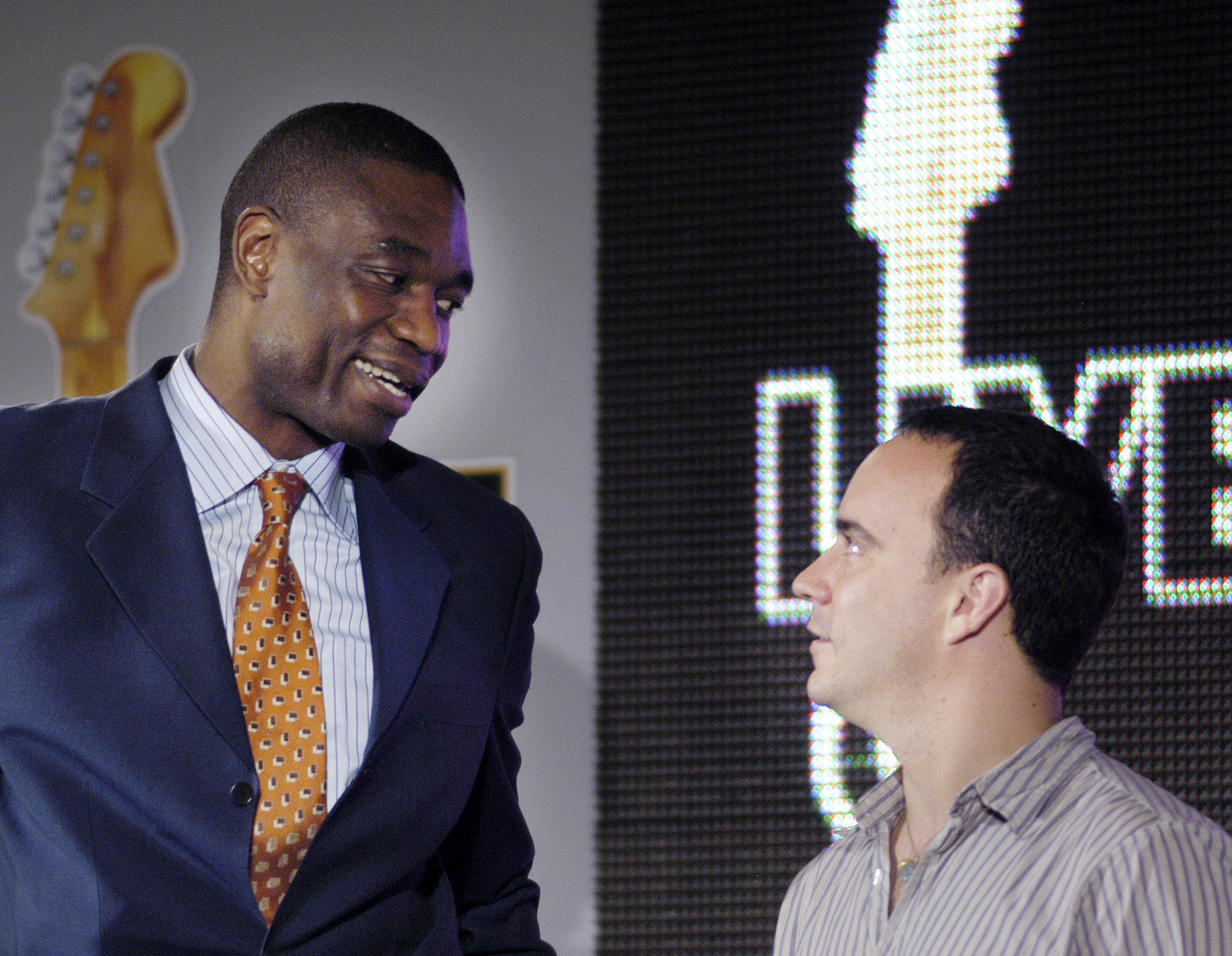 Dave and Dikembe Mutombo are having a moment.William Thomas Cain/Getty Images

Finally instead of wasting roughly $100 million on a slow-pitch softball pitcher from Japan I would use that money and take all of you readers out to (say it with me) a nice steak dinner every single night for a full year or until our arteries clog from tremendous amounts of red meat intake.

We’d all eat, drink and be merry (a little shout out to Dave Matthews as I know he is an avid reader of my columns), while Dice-K would regale us with stories about his super secret Gyroball pitch. So secret, in fact, that he has never thrown it in his entire MLB career.

Wikipedia points out in a documentary by TV Asahi, that Dice-K may not have shown us this pitch because it is essentially an accident. It is a “random result of him pitching a fastball.”

I, however, choose to believe that Dice-K is so unbelievably good that he does not even need to break out the Gyroball. Why embarrass the batters, right?

It might be worth $100 million just to find out the truth about the mythical Gyroball, but probably not. 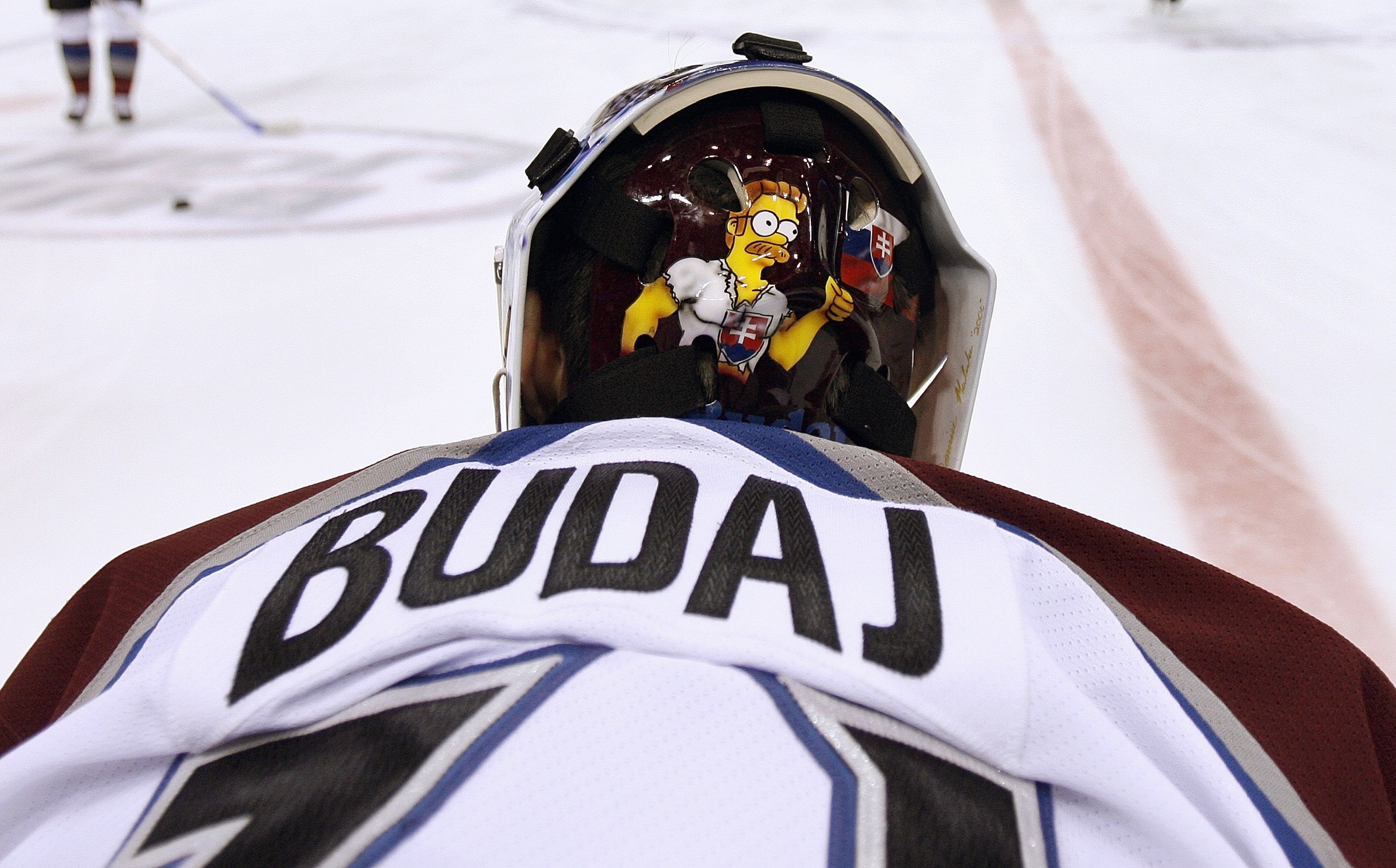 For $100 million I’d insert an animated Dice-K into the opening sequence of the television show The Simpsons. He’d stand right next to Bart at the chalkboard and repeatedly write, “I’ll never steal $100 million from Boston again.”

Did you guys know that the initials TAY and JRY appear in Morse code in two vertical stripes on the scoreboard at Fenway Park? I didn't either. Do you know to whom those initials belong?

Let me know your answers and what you guys would do with Dice-K’s $100 million waste of money.