To get a better gauge on the National League Championship Series between the Los Angeles Dodgers and the Philadelphia Phillies, I decided to ask two hardcore, dedicated members of Bleacher Report what their thoughts were headed into the NLCS. The following is a Q&A of 10 questions that should hopefully help you get a better idea of what to expect.

1. The Dodgers managed to hit only .250 as a team in the three-game sweep of the Cubs but scored 20 runs in the process. Do you expect this trend of clutch, run-scoring, extra-base hits to continue?

In the regular season, the Dodgers had only two players with an OBP of over .400 (Manny Ramirez (.489) and Rafael Furcal (.439) there was a third, Terry Tiffee, but he had only four at-bats, so we’ll leave him out of this).

This might seem elementary, but the Dodgers have realized that to get runs you have to get men on base, which they’ve been able to accomplish down the stretch and into these playoffs.


2. Russell Martin, Manny Ramirez, and James Loney combined to go 12-for-37 (.324), with nine runs, four homers, and 14 RBI in the NLDS. Can this trio maintain their scorching postseason run?

MG: We all know that Manny Ramirez is a man among boys in the N.L. and will of course maintain his postseason run. However, both Martin and Loney are very inexperienced when it comes to the playoffs. Martin and Loney played in the '06 playoffs, but both lack significant experience in the postseason.

Both of these players have been streaky this season. If you look at stats from the last 30 days, Loney and Martin are batting .200 and .267, respectively, which is not characteristic of the type of numbers they put up against the Cubs.

If they can keep it up, I think it will be one of the deciding factors in a victorious Los Angeles team coming out of the NLCS; however, I will be less surprised if we see those type of numbers out of more experienced and consistent players such as Casey Blake.

3. Joe Torre surprisingly placed Andre Ethier in the cleanup spot, only to be rewarded with a 1-for-10 effort in the NLDS from the young right fielder. Does Torre keep Ethier in the four-hole or do we see somebody else in this spot in the lineup to start the NLCS?

MG: I think Torre needs to change it up. Ethier is batting .100 in the postseason and even though his OBP is .357, I’m not entirely sure he feels comfortable in the four-hole, which could be a mental issue causing his poor batting average.

With Furcal back in the mix, we’ve got some mobility in the lineup, and I’d like to see players like Casey Blake or Blake DeWitt taking that spot; they both hit consistently and can handle the pressure.

4. Lowe, Billingsley, and Kuroda combined to go 3-0 with a 17-to-4 strikeout-to-walk ratio against the Cubbies, each earning quality starts. What are some realistic numbers to expect from this trio facing a hot and potent Phillies lineup?

MG: In 2008, the Phillies amassed a .304 batting average and a .448 OBP against Billingsley for seven hits and three runs. Derek Lowe was able to control Philadelphia a little more in his game giving up a .208 BAA, an OBP of .240 and two runs on five hits.

Statistically, Kuroda has the best numbers against the Phillies, of the three, with a batting average against of .095, an OBP of .152, while surrendering only two runs on four hits.

However, Kuroda scares me because he has been so touch-and-go all season, and I’m never sure which Kuroda is going to step out onto the mound. Lowe will succeed due to his experience and knowledge of the game, and Billingsley has the drive and determination that only a first-year starter can have that will help him to thrive in this series.

5. The Dodgers and Phillies each earned home sweeps in respective four-game series against each other during the regular season. With the Phillies owning home-field advantage, does anything give in the NLCS?

MG: I’m not sure that this will be a factor in the series. The Dodgers were able to beat the Cubs in two games at Wrigley Field, and I think they can do the same at Citizens Bank Park.

Then again, Dodger Stadium is not known to be a tough atmosphere for visiting teams, so Philadelphia should have just as fair an advantage in Los Angeles. I think this one will be decided by the plays on the field, rather than where they play.

1. The Phillies went 1-1 against the Brewers in the NLDS when Jayson Werth batted second, and 2-0 when Shane Victorino hit in the two-hole. There are some obvious advantages to having each of those guys hit second. How does manager Charlie Manuel play it throughout the series?

CK:  I would hope to see Manuel put Victorino in the two-hole. My two main reasons for this are: 1) Victorino can always get on base, and when you have Utley, Howard, and Burrell behind you, good things will happen. 2) The Dodgers’ pitchers do not give up the long ball all that much, so that takes away from a big part of Werth’s game.

2. While Rollins, Victorino, and Burrell carried the Phillies past the Brewers, Ryan Howard and Chase Utley both struggled mightily. The two combined to go 4-for-26 (.153), with only three RBI. Can they bounce back from a poor NLDS against a strong Dodger staff?

CK: I wouldn’t even put Burrell in a good category for the series. He didn’t record a hit in his first three games. But to answer your question, I do think they will be able to bounce back. Derek Lowe and Chad Billingsley, the Dodgers’ two key pitchers, are both right-handers, and that spells well for Howard and Utley. That may not mean great things for Burrell, but I hope his Game Four is a preview of things to come.

3. Every Phillies regular scored at least one run in the NLDS and recorded at least one extra-base hit with the exception of Carlos Ruiz. Do you expect this production to continue?

CK: Don’t get me started on Carlos Ruiz. I love his defensive game—he works great with pitchers and has a rocket arm, but when it comes to offense, I just can’t watch. He has no hitting ability at the major-league level whatsoever. I do expect his struggles to continue, but only because his struggles have never ended.

4. Blanton pitched a superb Game Four, while the Dodgers didn’t even have to play a Game Four. What added advantages do the Phillies have knowing that they have a bona fide No. 4 starter in Blanton?

CK: I think it does a lot for the Phillies. We all knew that Hamels and Myers were pitching well, and that Jamie Moyer is still effective, but we wondered what would happen when we had to throw Blanton out there. Well we found out he can pull through when he needs to.

The only thing I don’t like about this is that the offense finally showed up when the Brewers went to their No. 4, Jeff Suppan. Now that we have seen what Blanton is capable of, will the Phillies get too confident like they did with Myers, Hamels, and Moyer? I hope not.

5. The Dodgers and Phillies each earned home sweeps in respective four-game series against each other during the regular season. With the Phillies owning home-field advantage, does anything give in the NLCS?

CK: I’m always a big believer in home-field advantage, so I’d say no, nothing gives. The Phillies will have that advantage in the first two games of the series, and the Dodgers will have it for the next three before giving it back to the Phillies for the final two games.

The atmosphere in both parks have been electric as can be, so home field could play an extremely crucial role.

There you have it, thoughts and opinions from two qualified Dodgers and Phillies sources. With a Game One matchup scheduled for Thursday, Oct. 9 in Philadelphia, look for an amazing, fun-packed series with lots of fireworks.

A special thanks to Molly Gray and Christian Karcole for their support in this project. 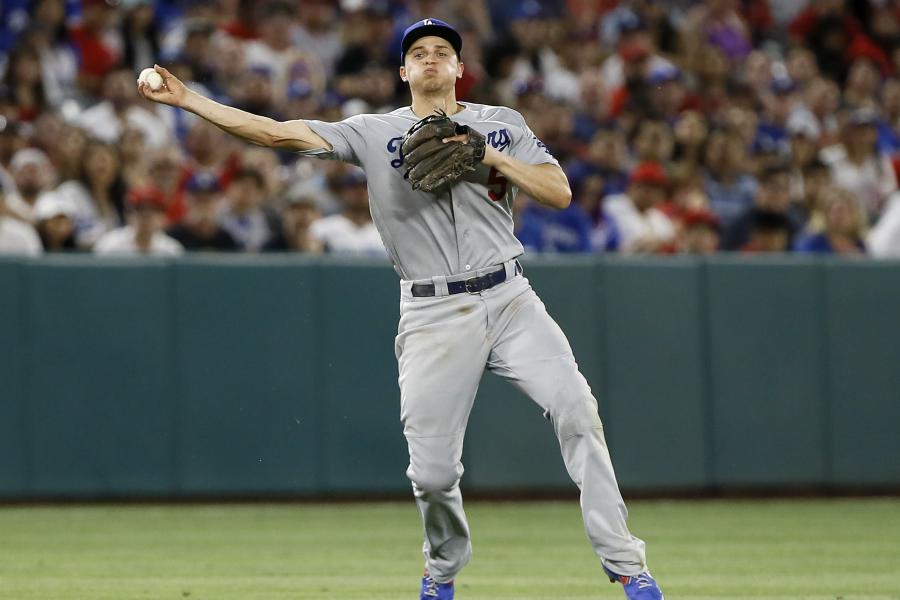